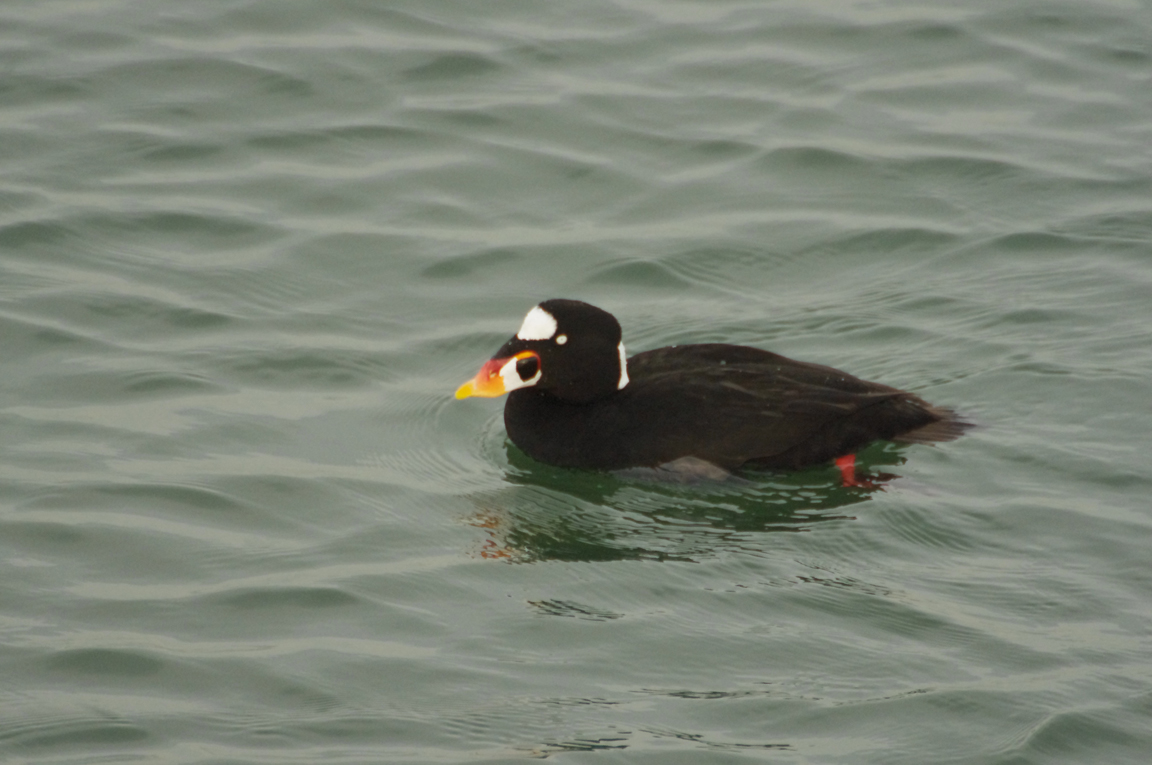 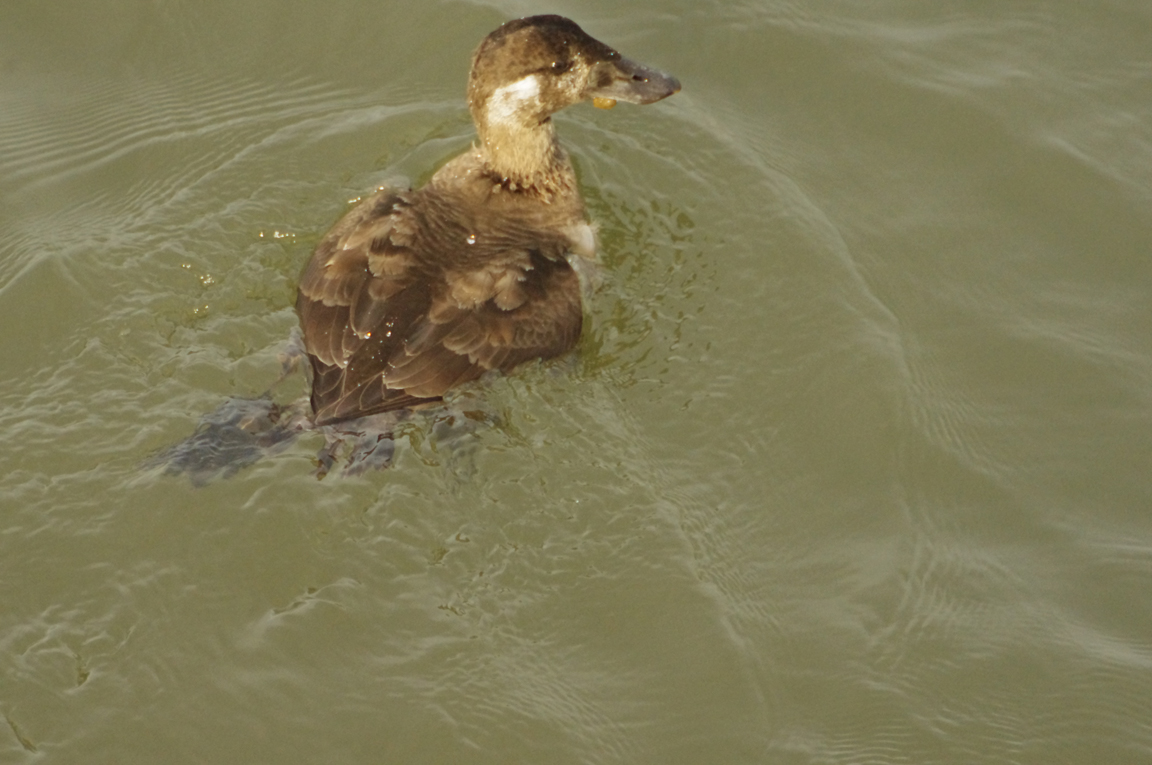 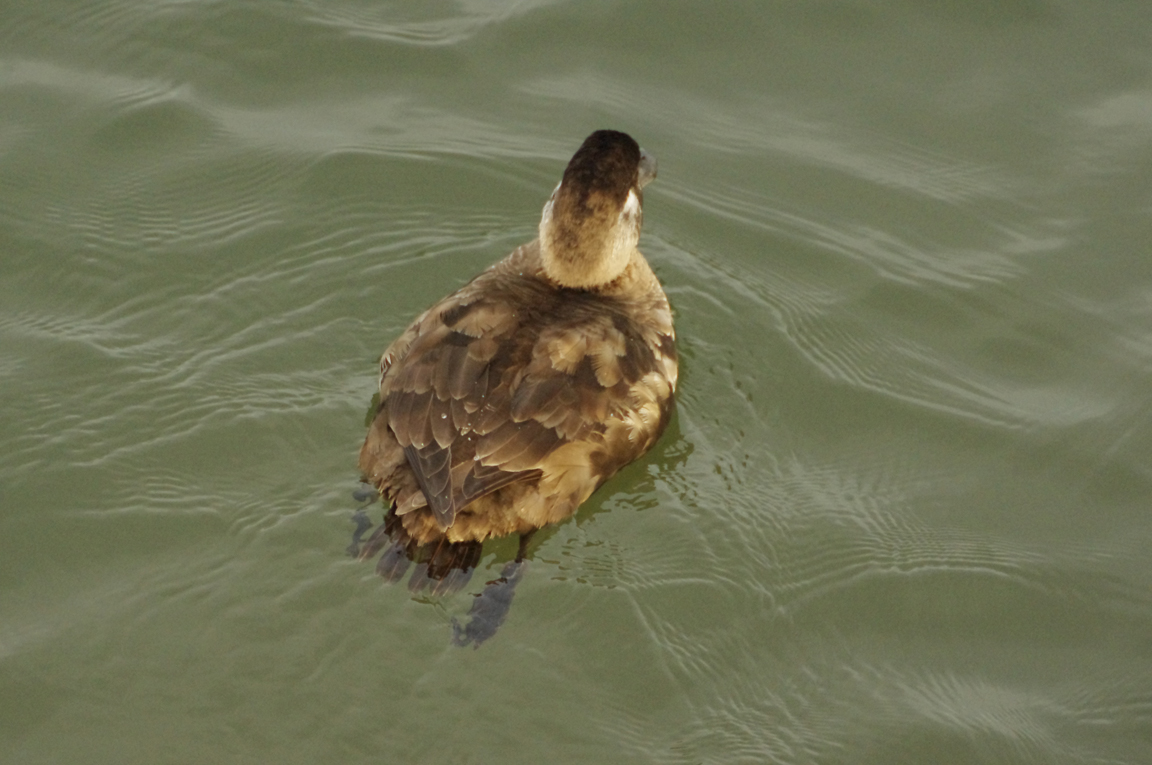 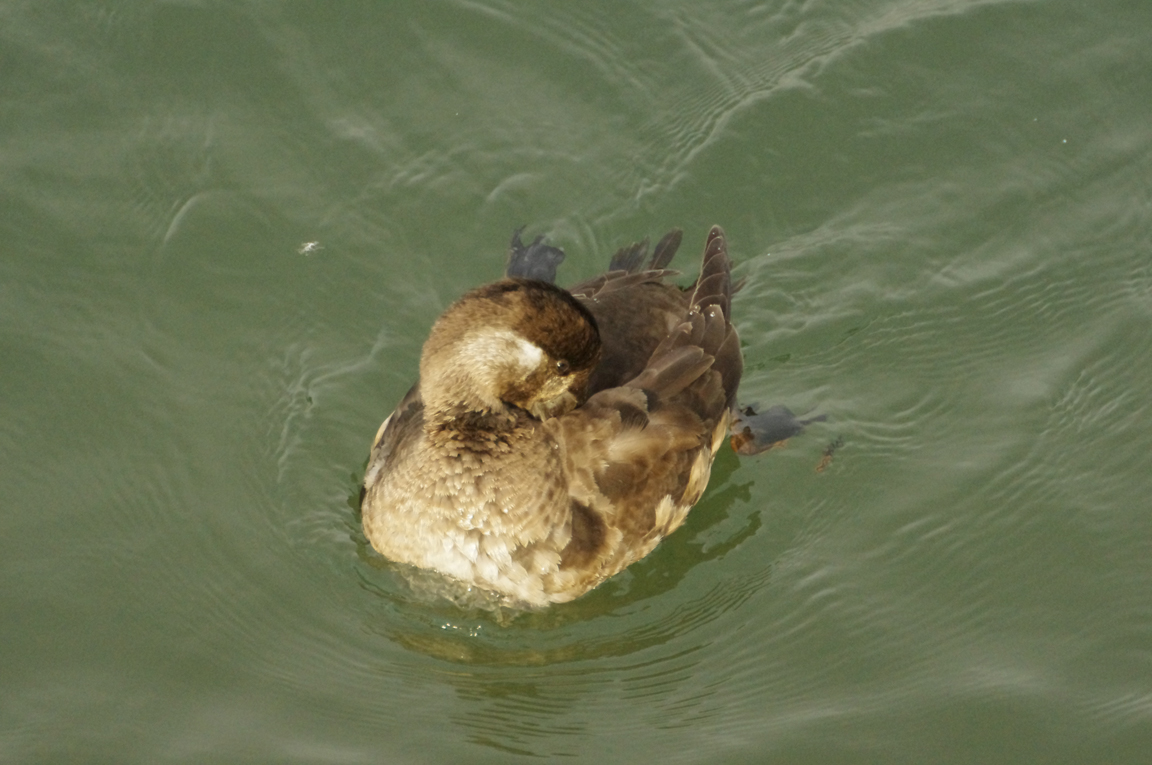 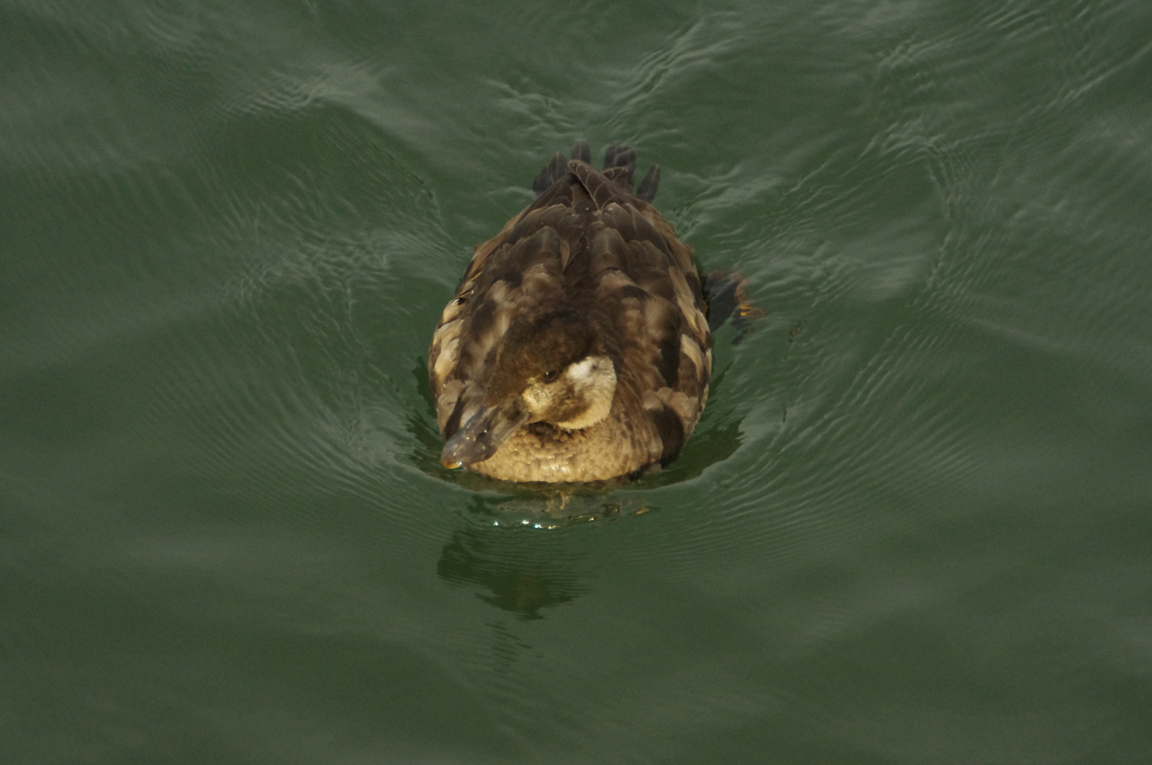 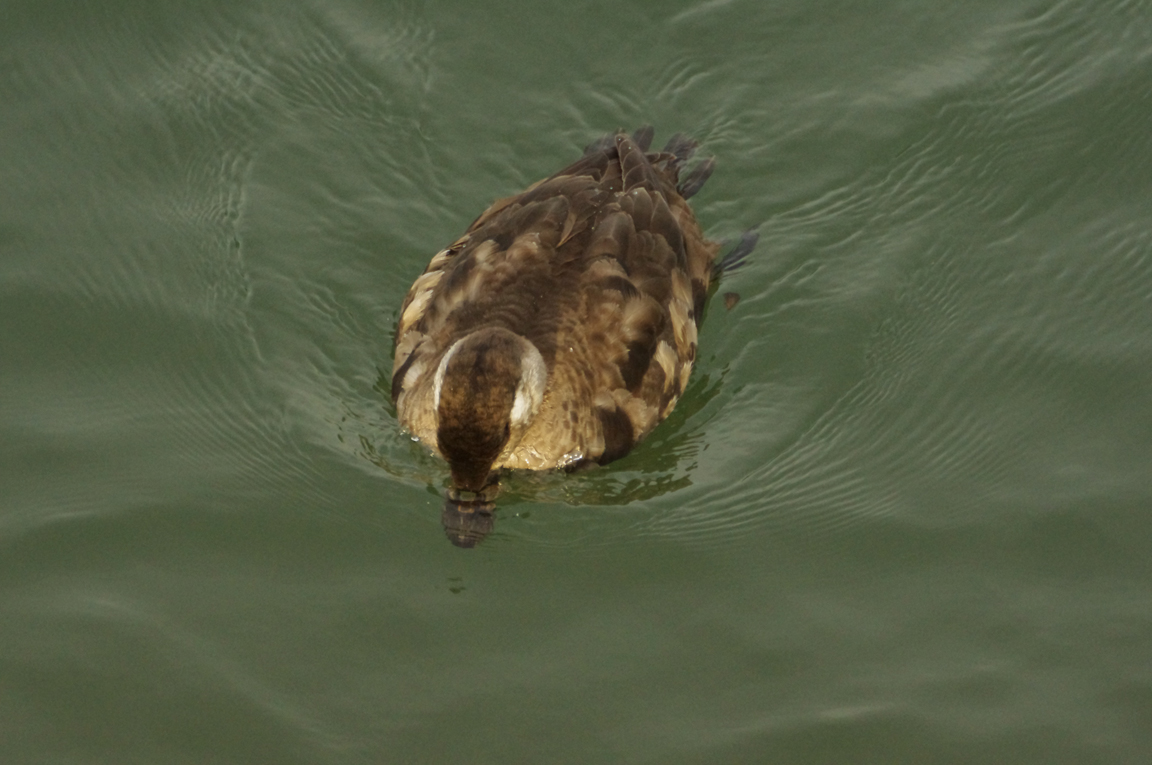 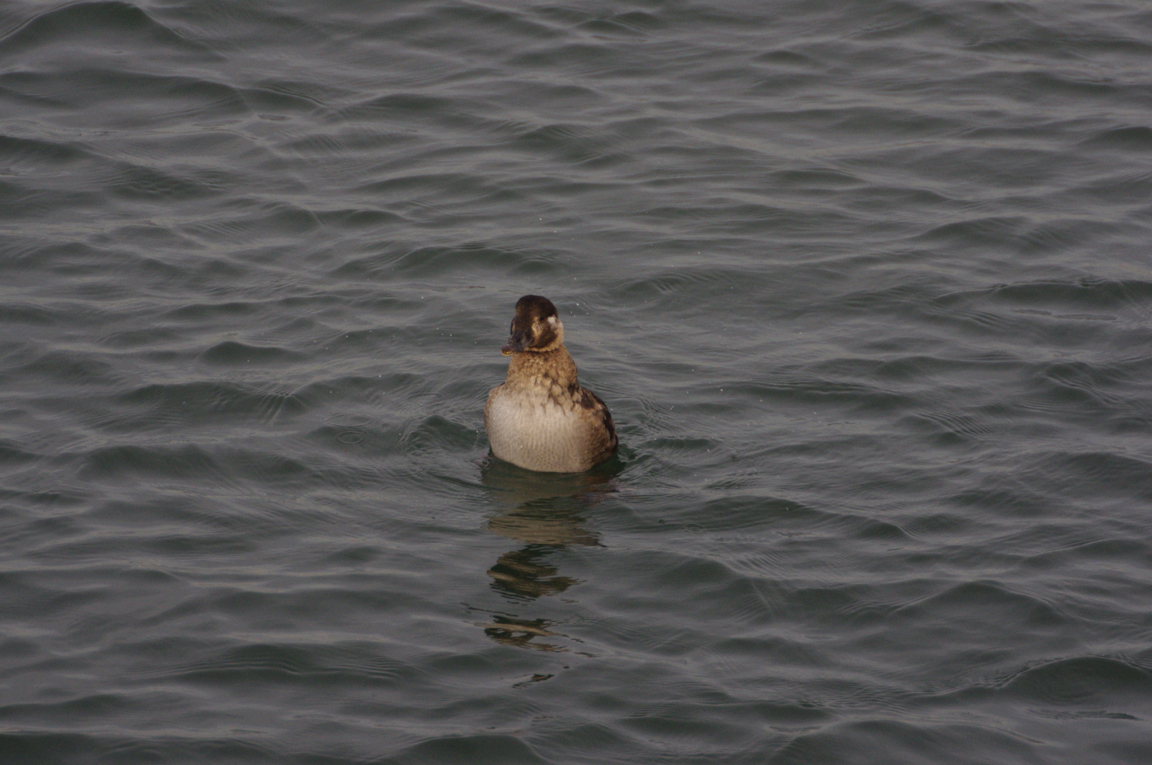 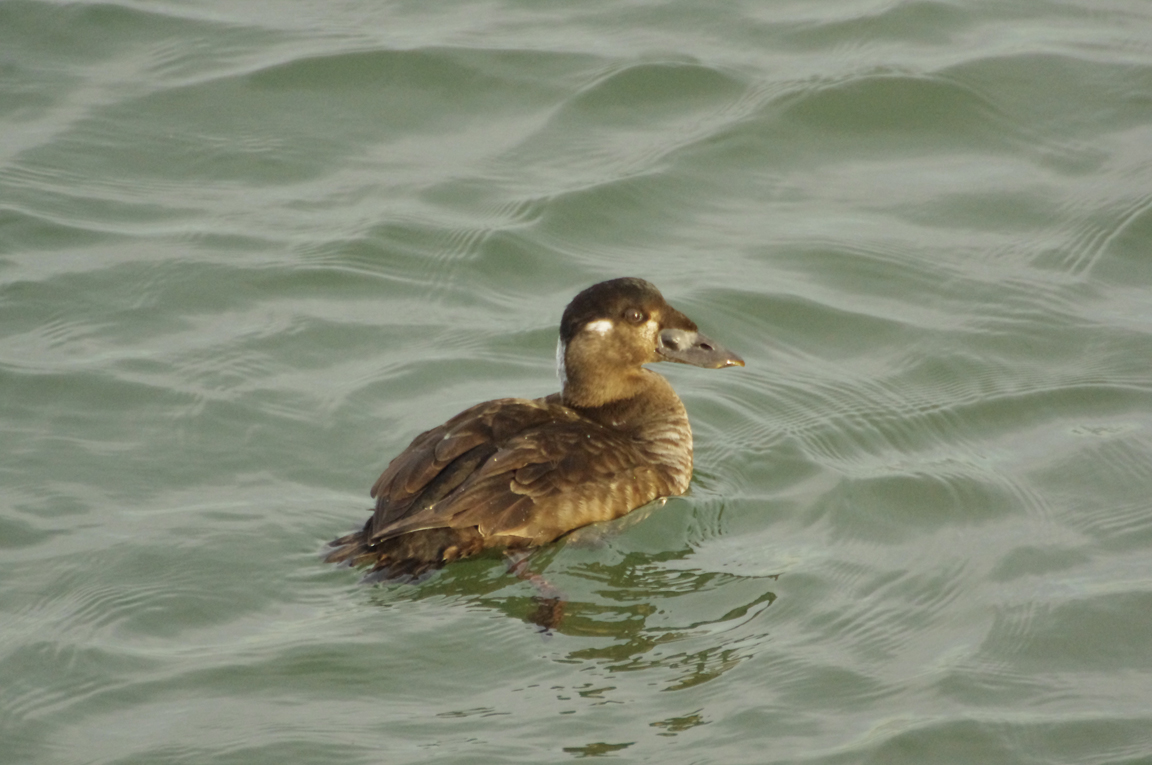 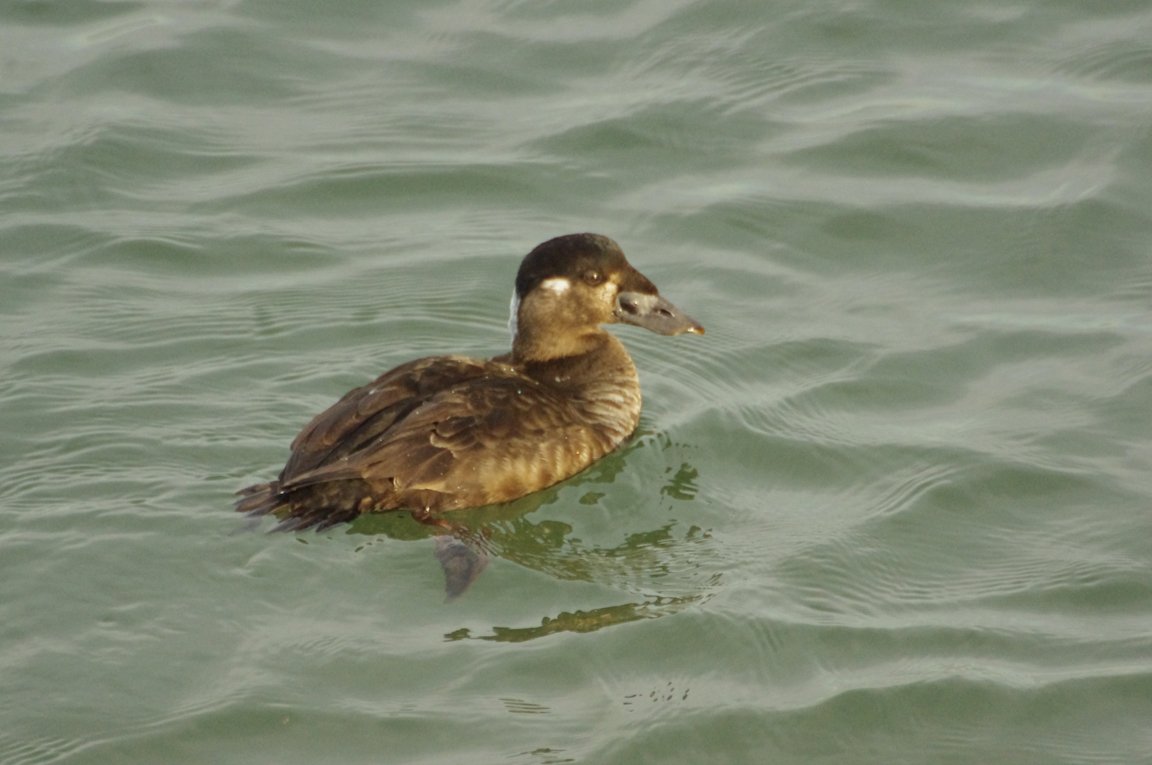 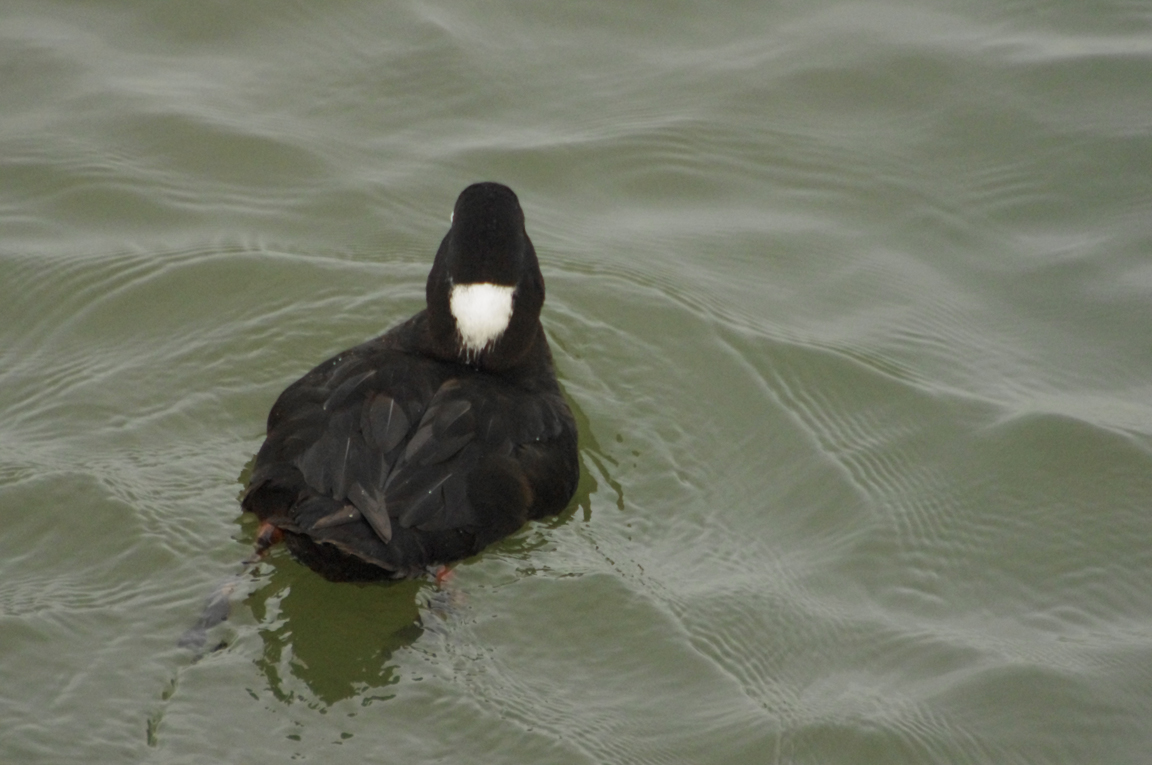 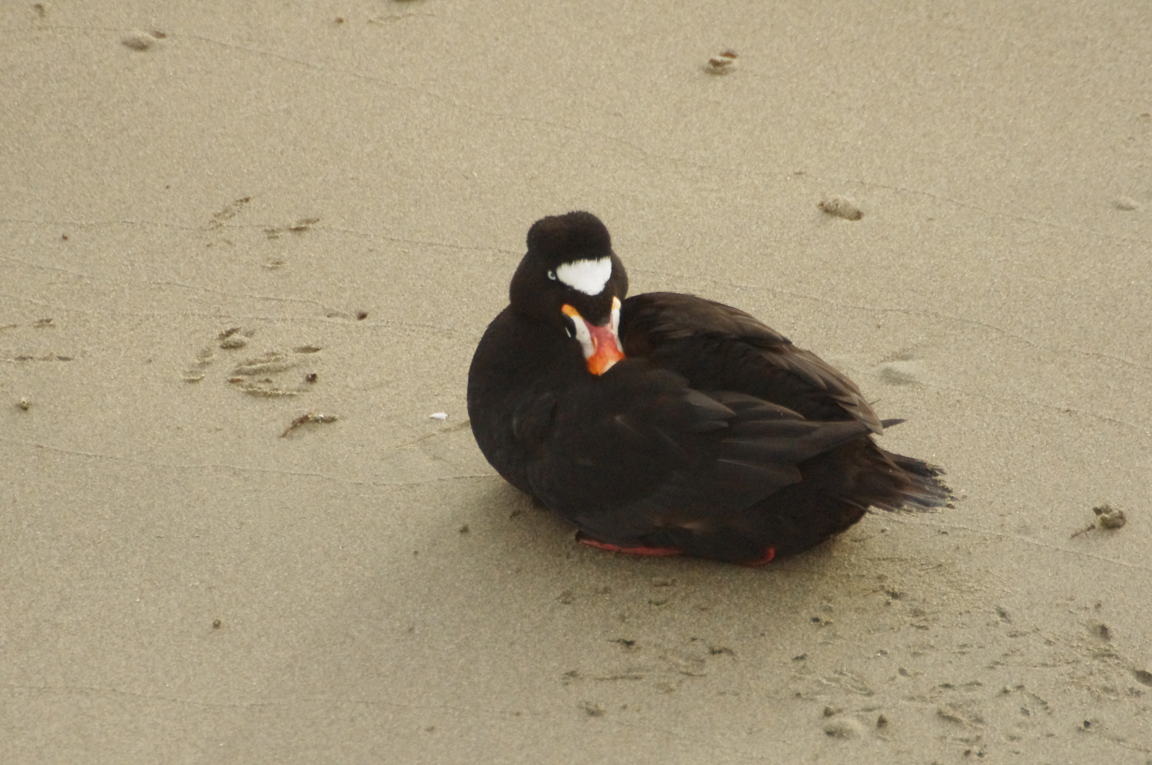 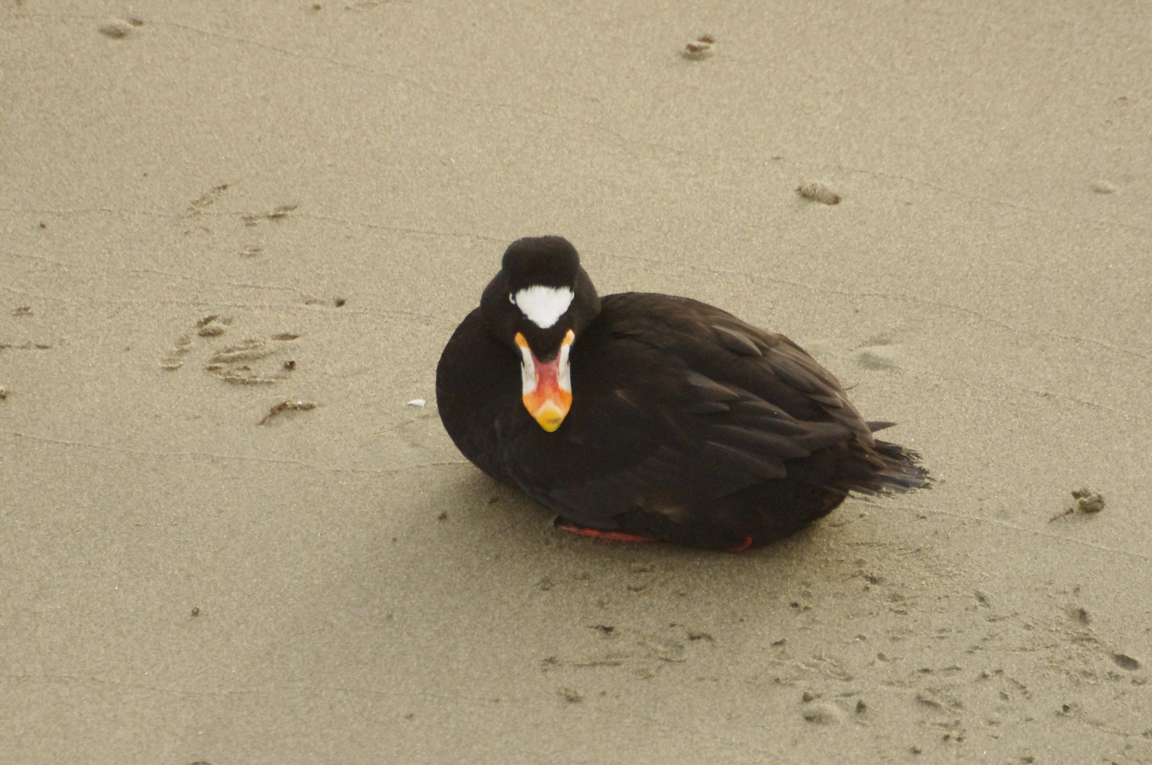 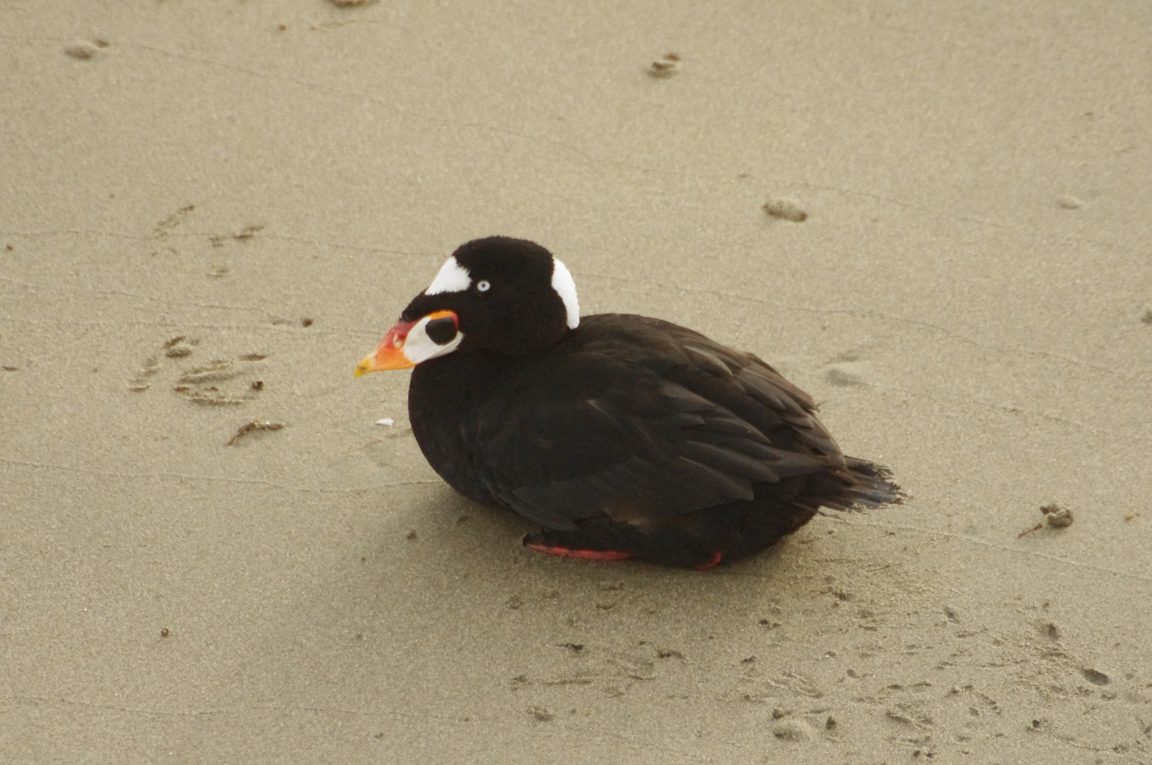 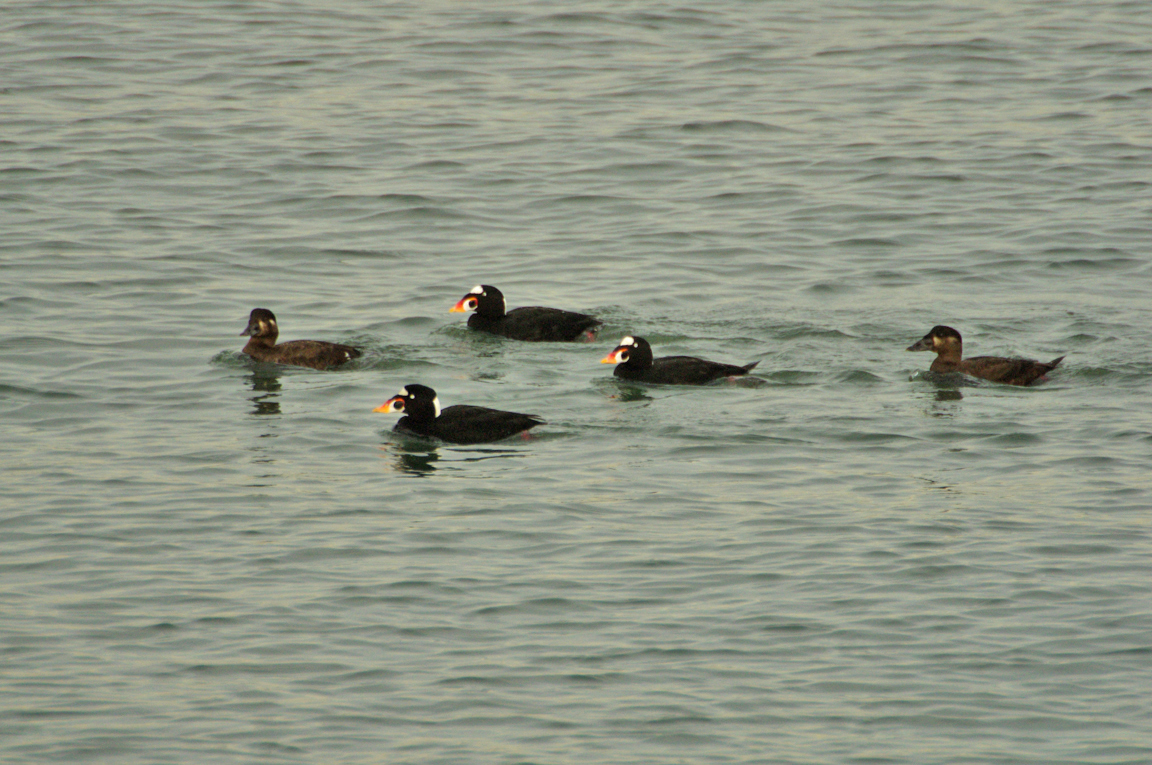 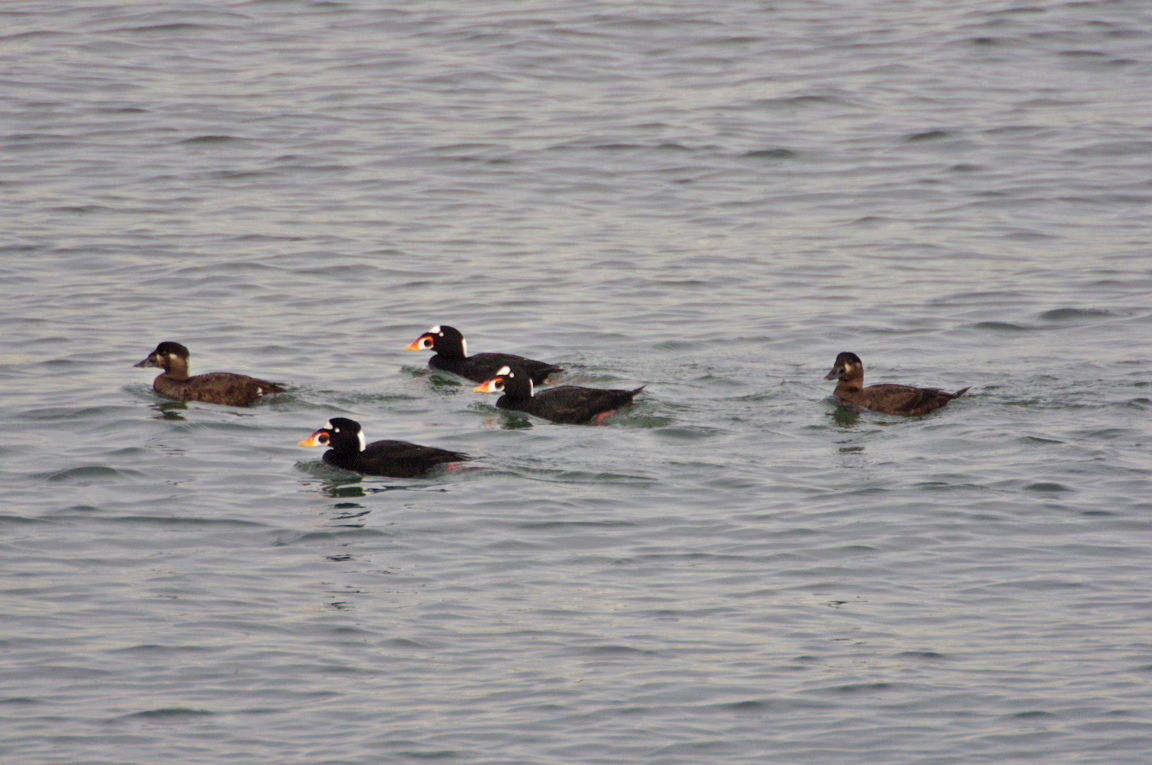 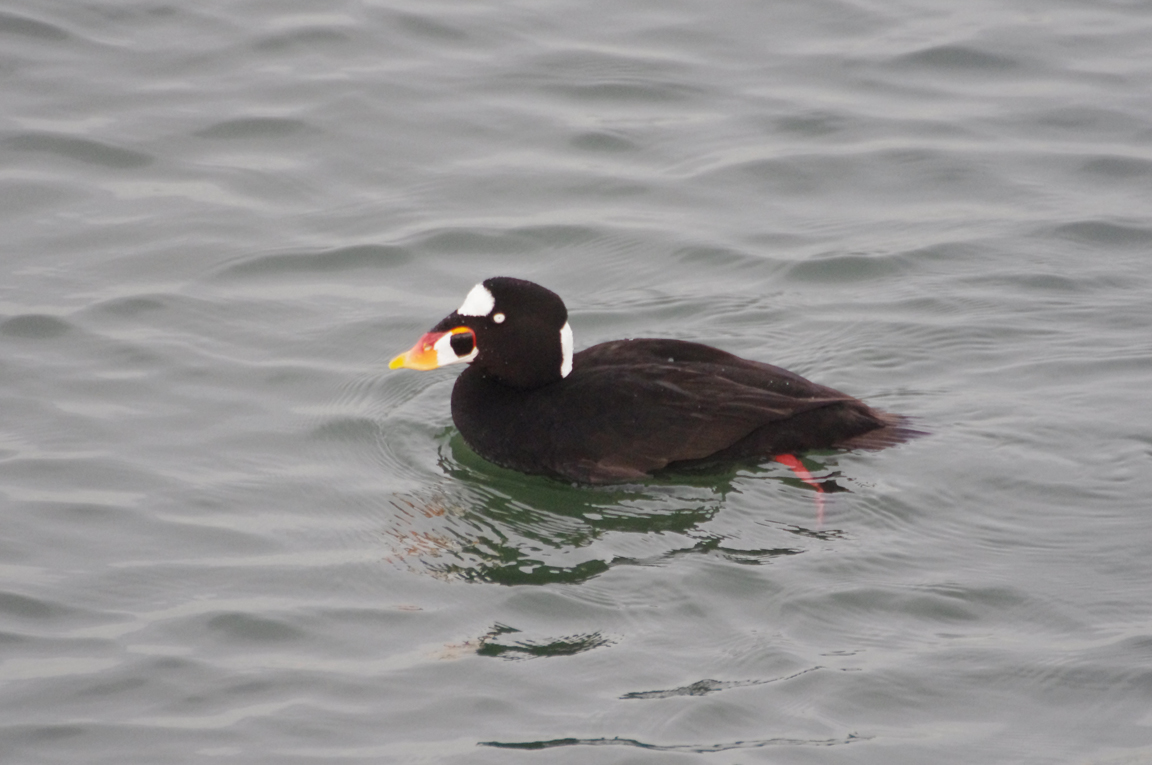 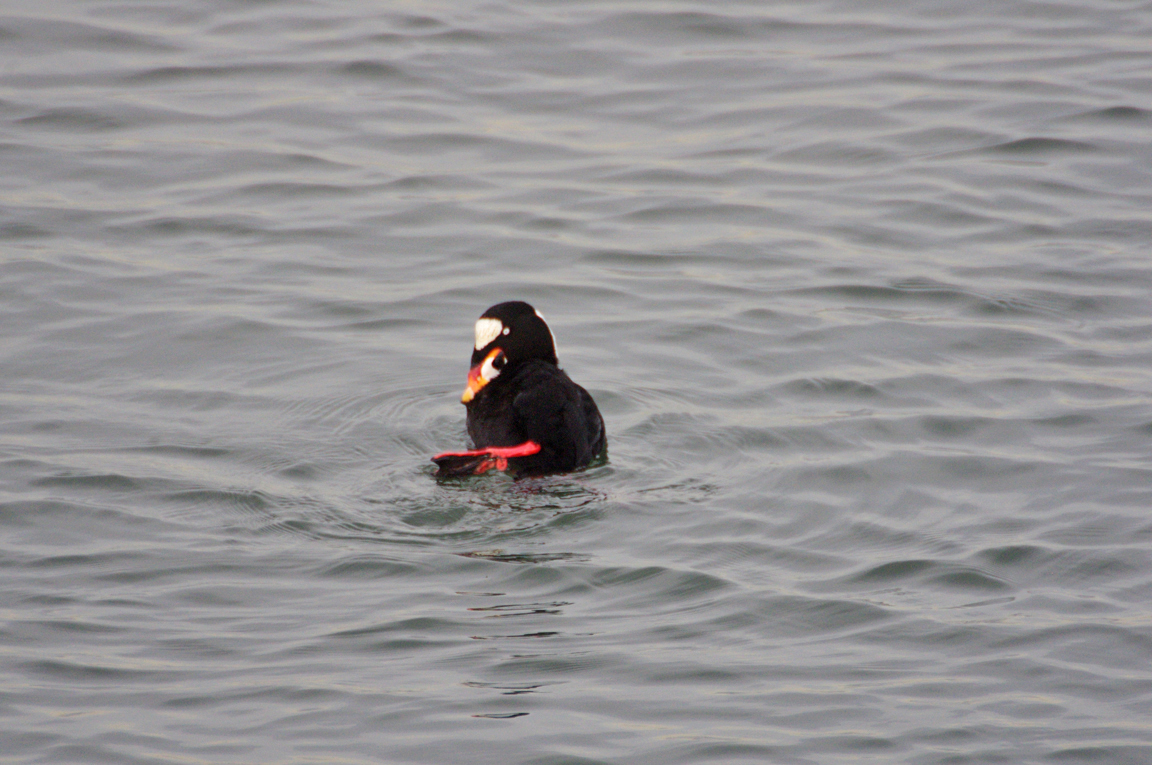 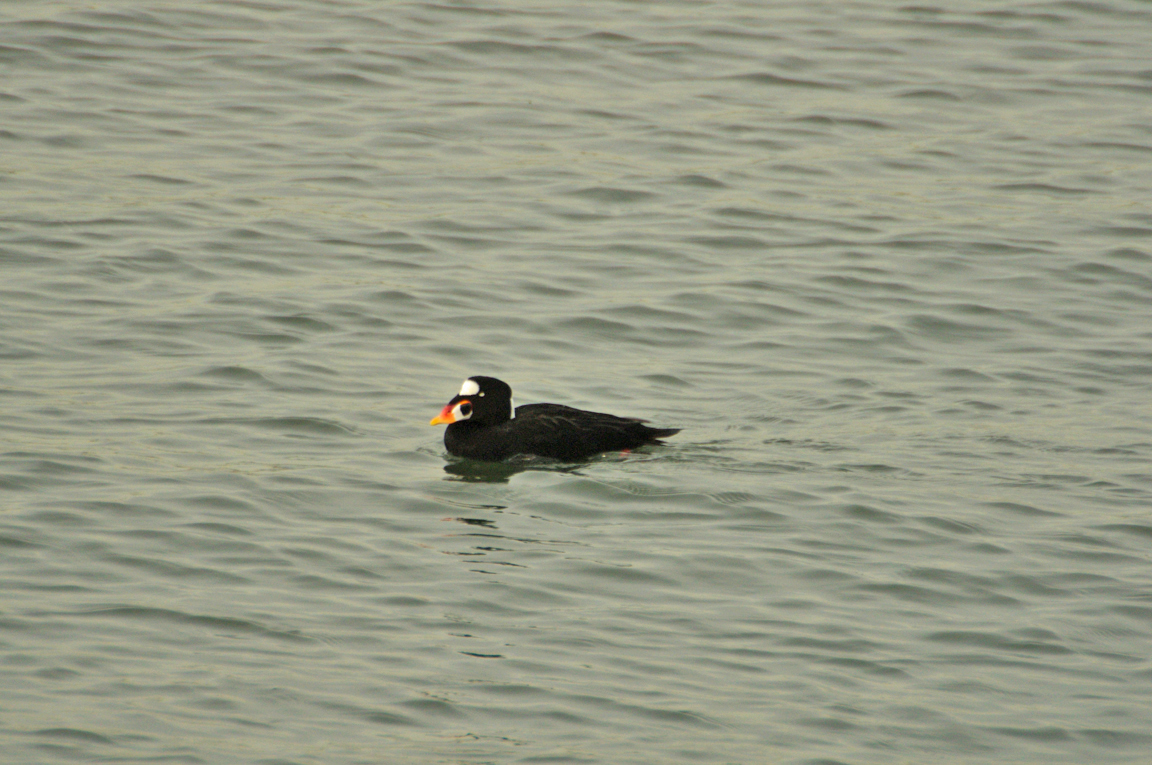 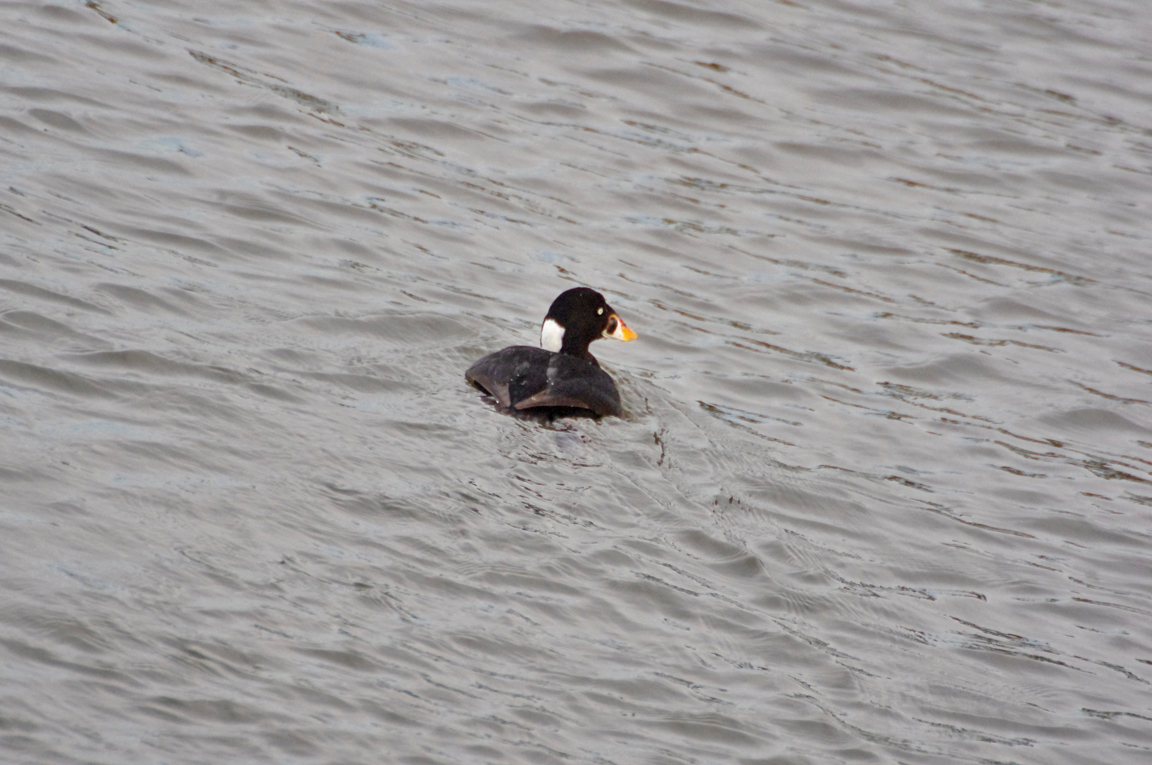 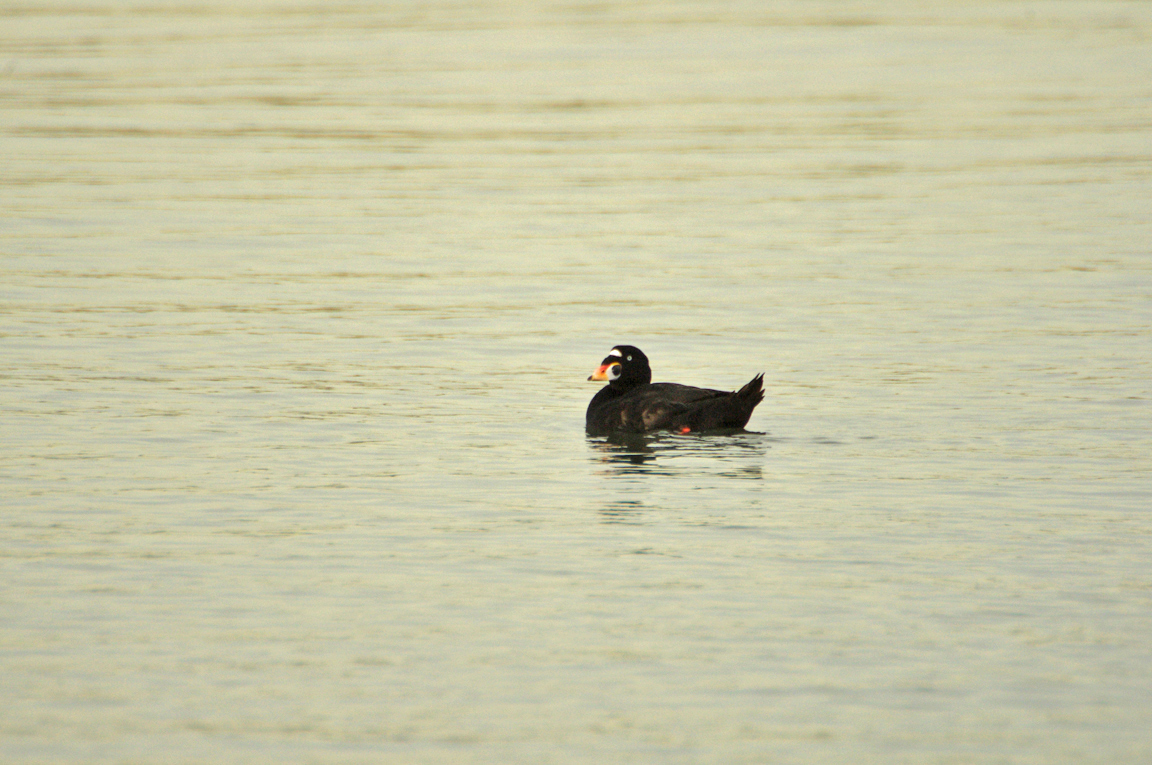 A black-and-white seaduck common on the Pacific and Atlantic coasts in winter, the Surf Scoter has a boldly patterned head that is the basis for its colloquial name "skunk-headed coot."

Entirely velvety black, except for white patch on forehead and larger white triangle on nape. Bill large and swollen at base of upper bill. Bill patterned with white, red, yellow, and a black patch near base, appearing mainly orange at a distance. Eyes pale blue-gray or yellowish white. Feet reddish orange with dusky webs.

Plain dark blackish. Crown darker than rest of head and neck. Two poorly defined light areas on side of head: one near the bill, and the other behind the eye near the cap. Small pale nape patch may or may not be present. Bill only slightly swollen, green-black with indistinct black patch surrounded by gray at base of upper bill. Eyes pale brown, may be pale gray or yellow. Feet yellow to brownish red, with dull black webs. 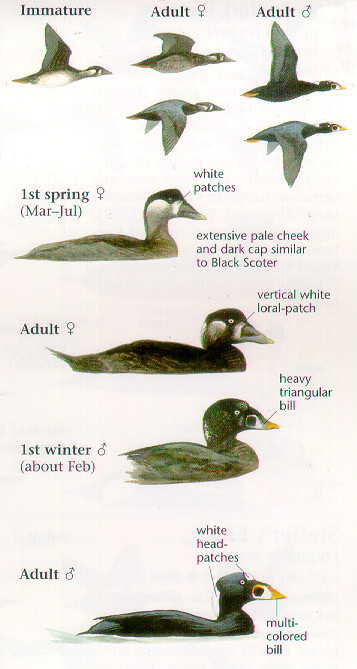