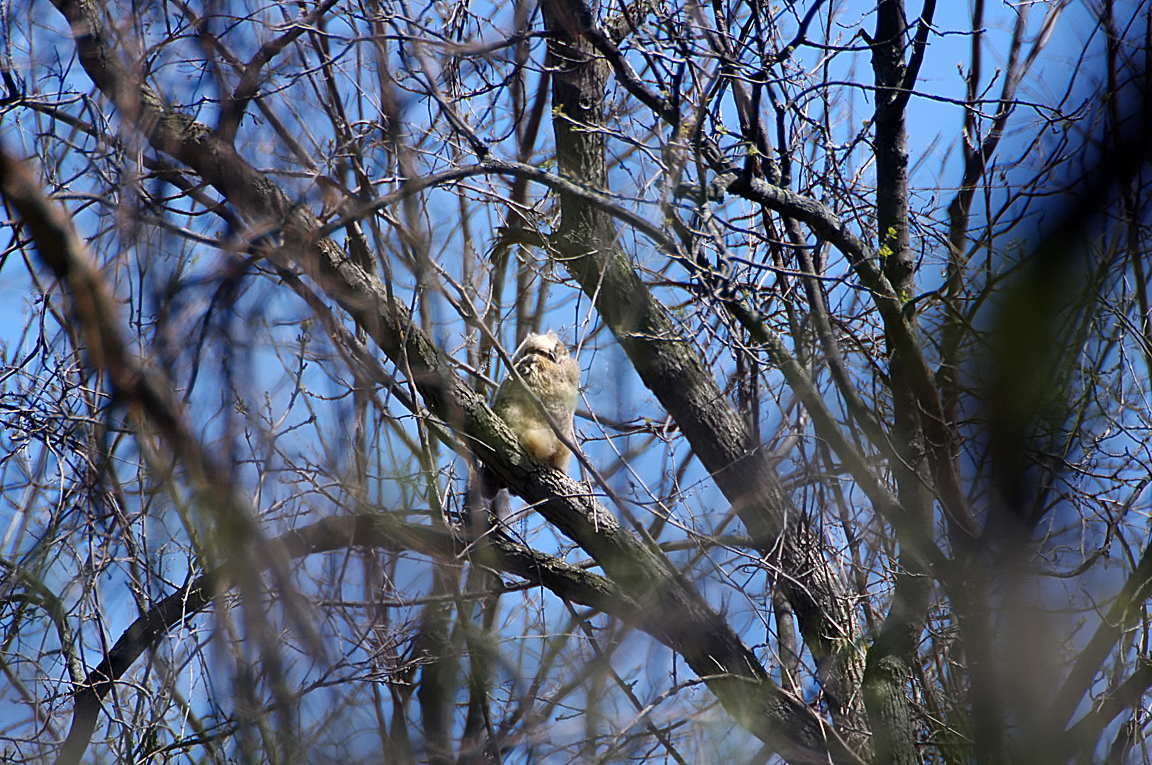 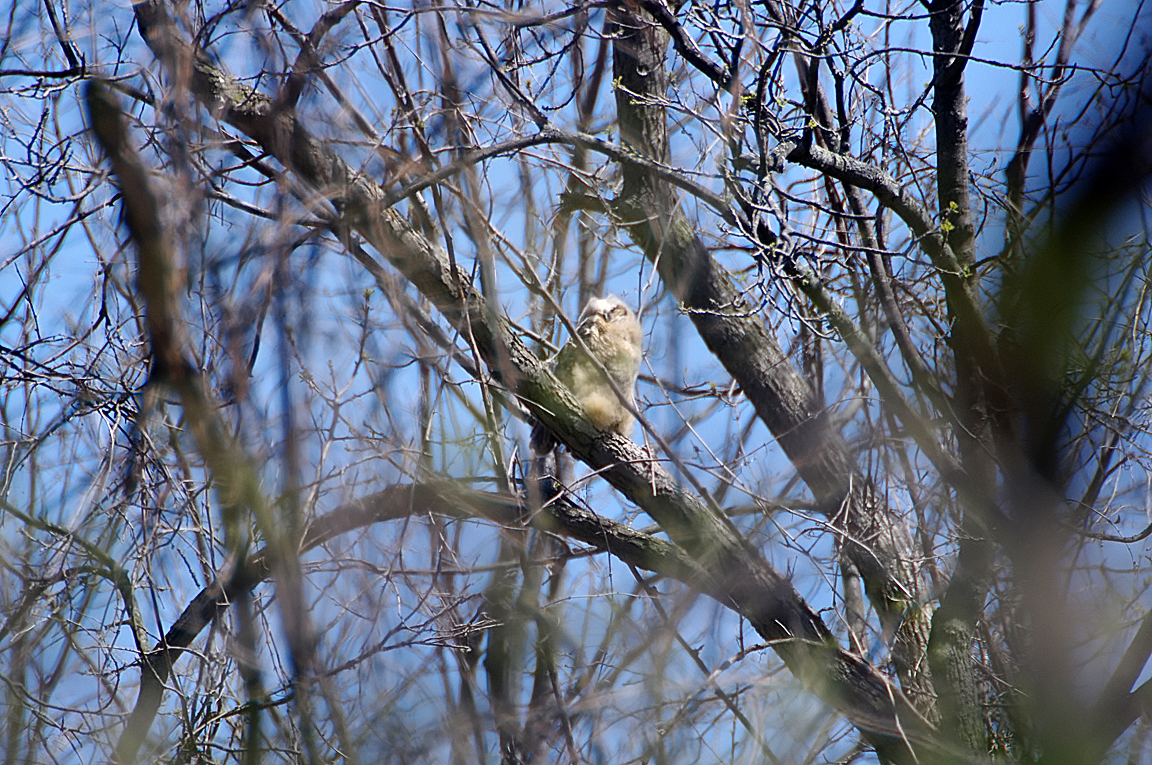 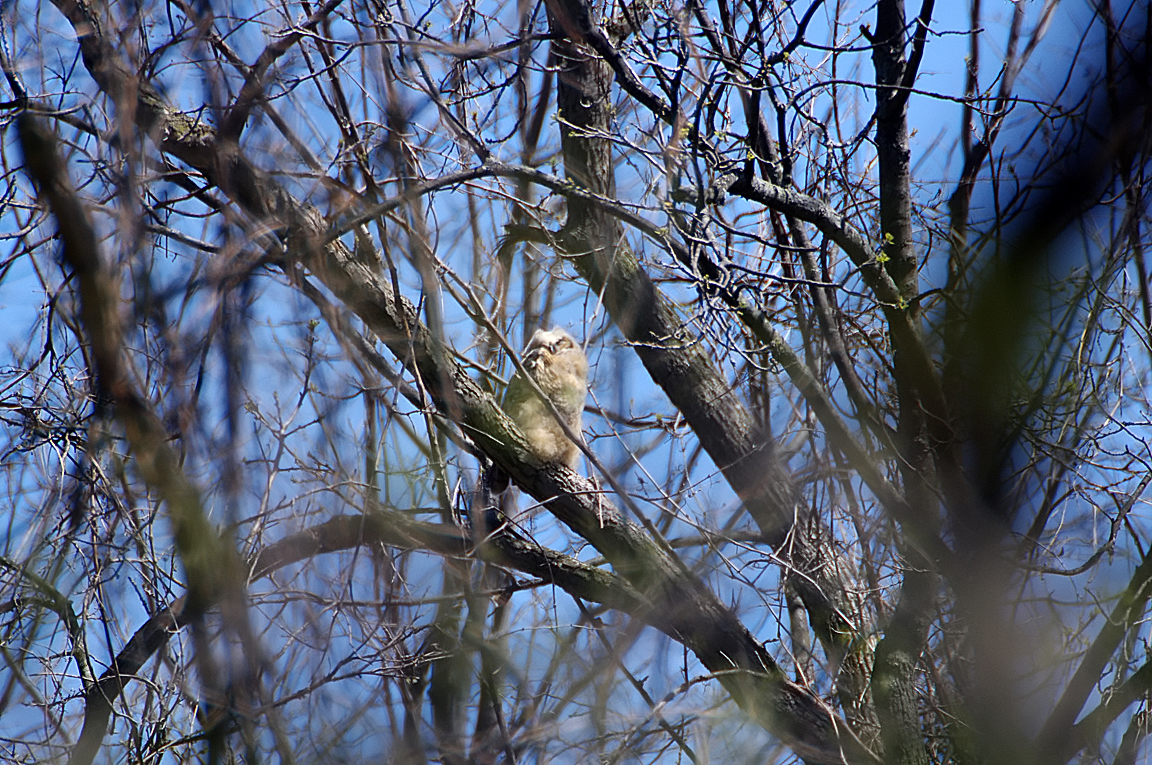 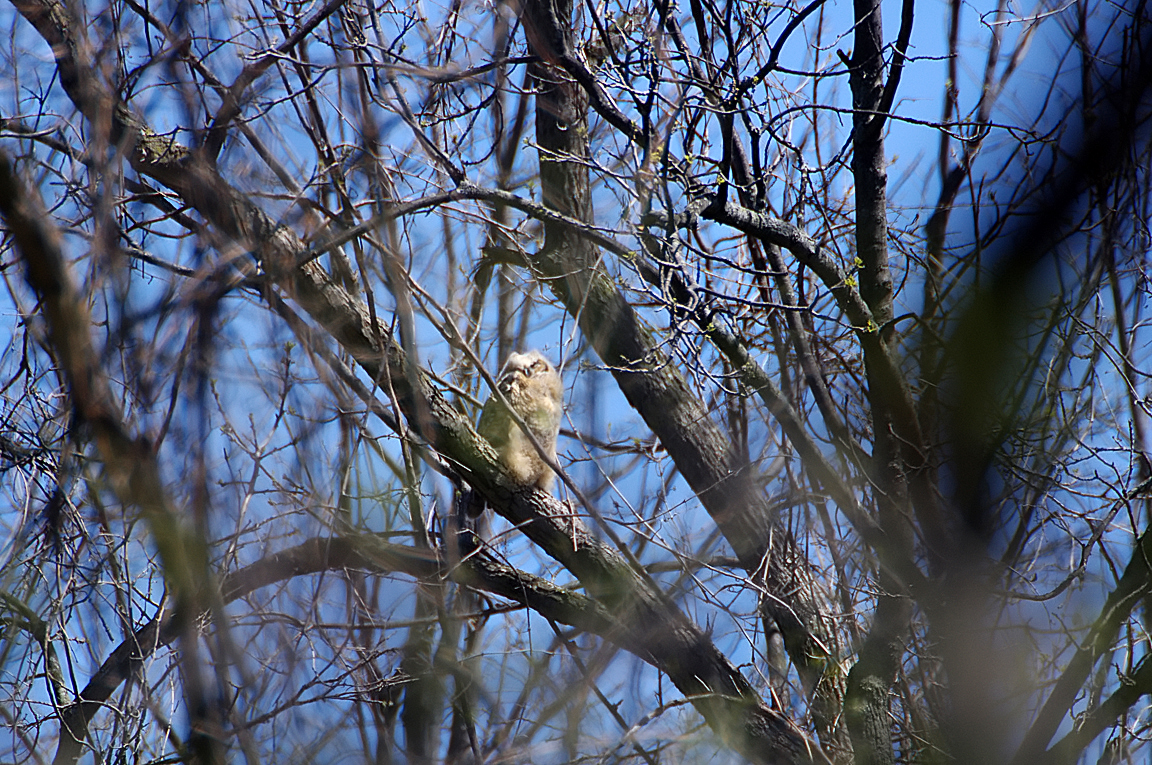 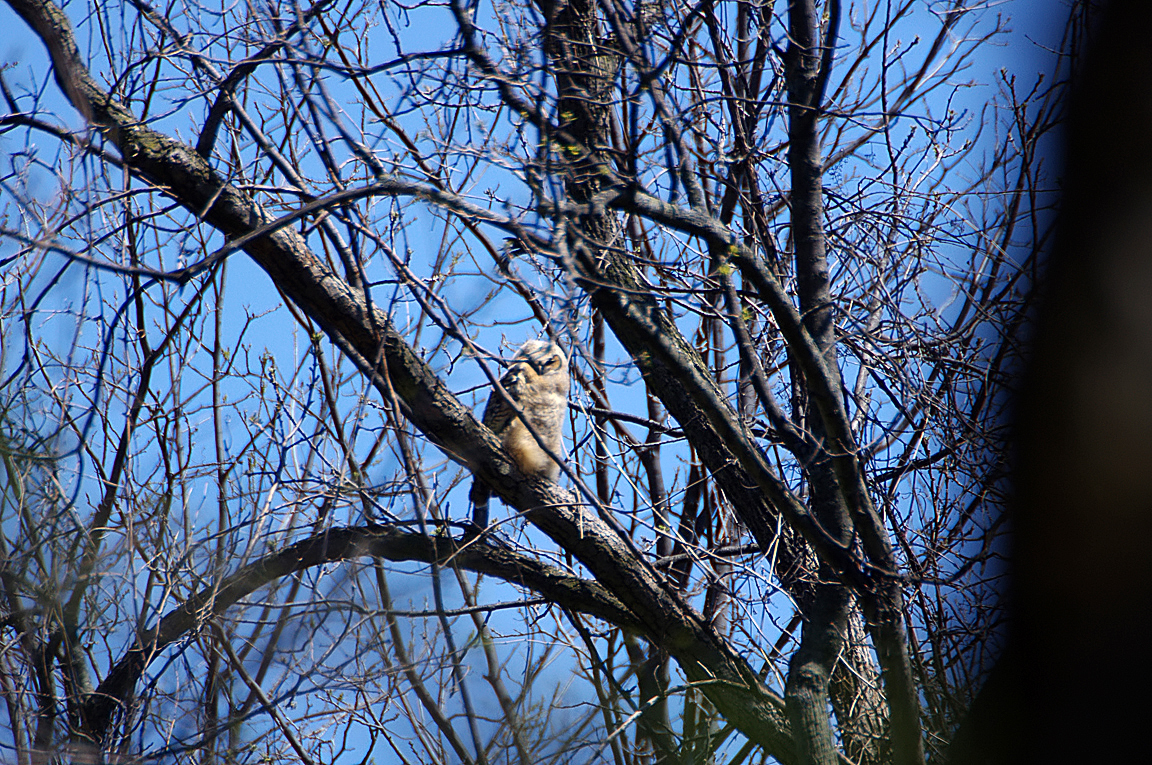 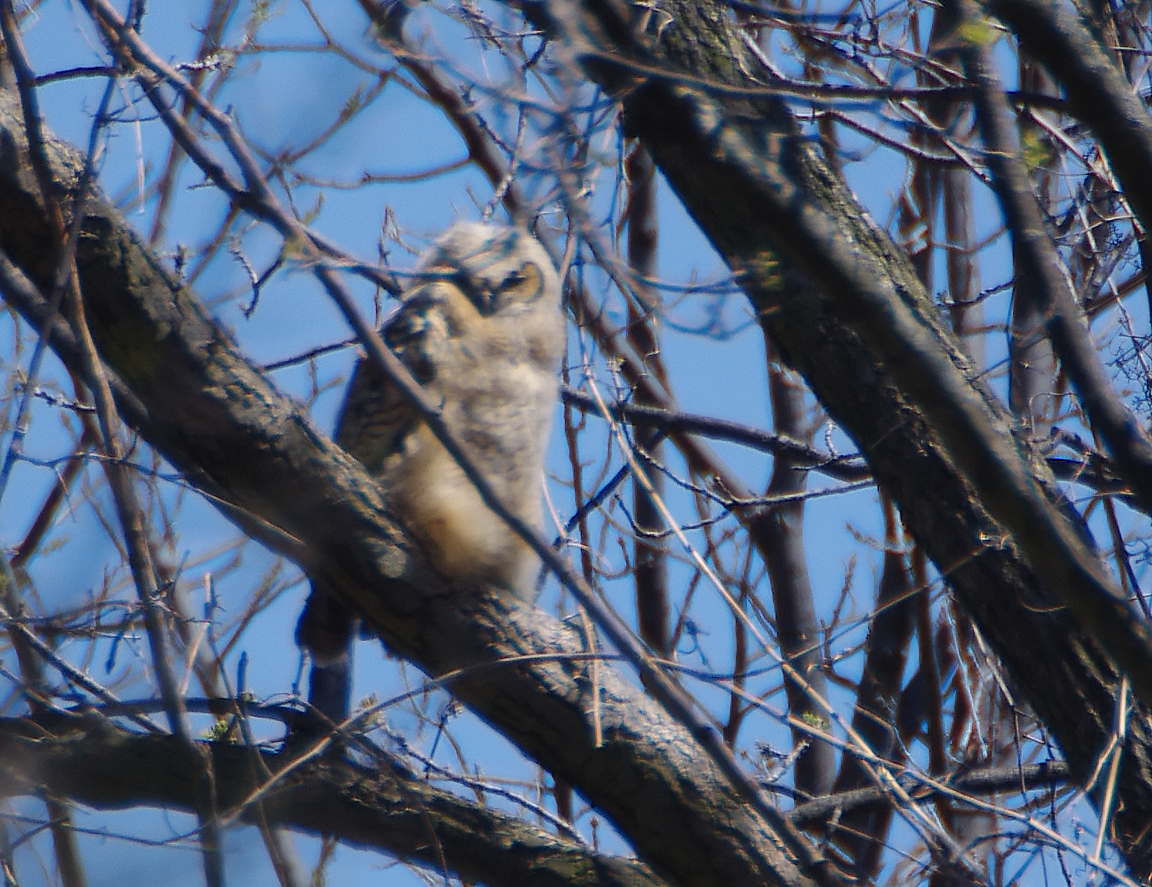 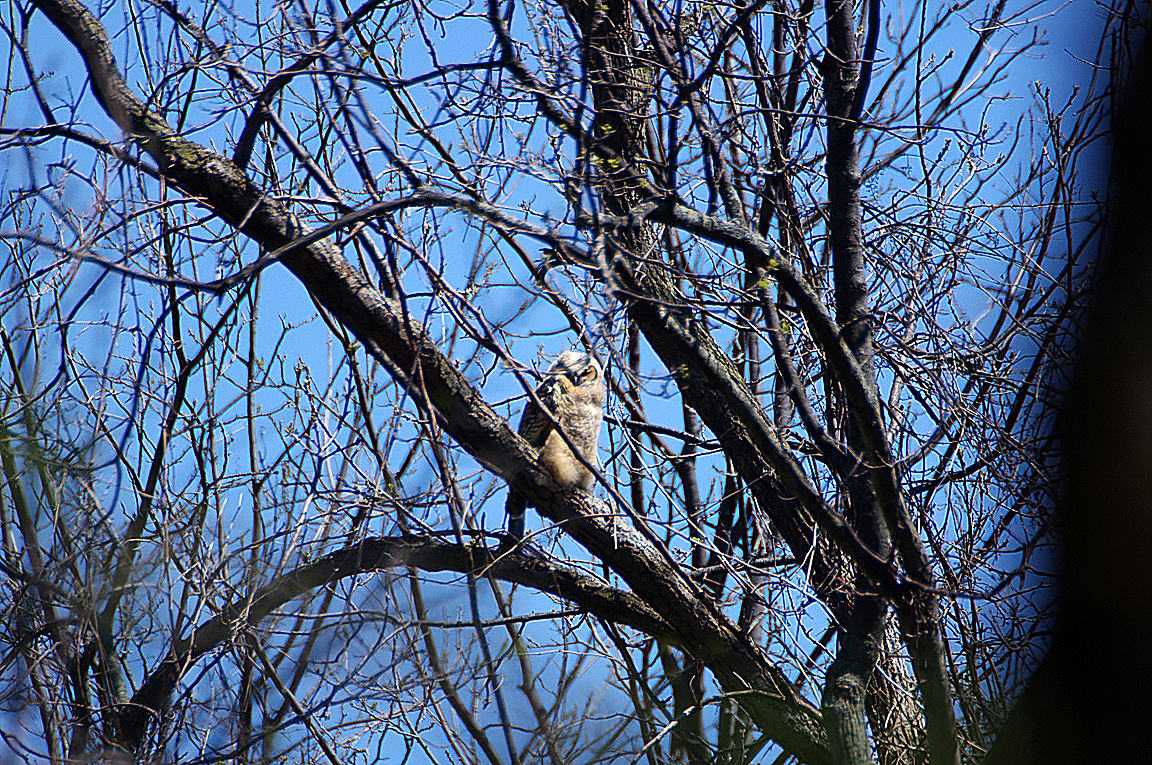 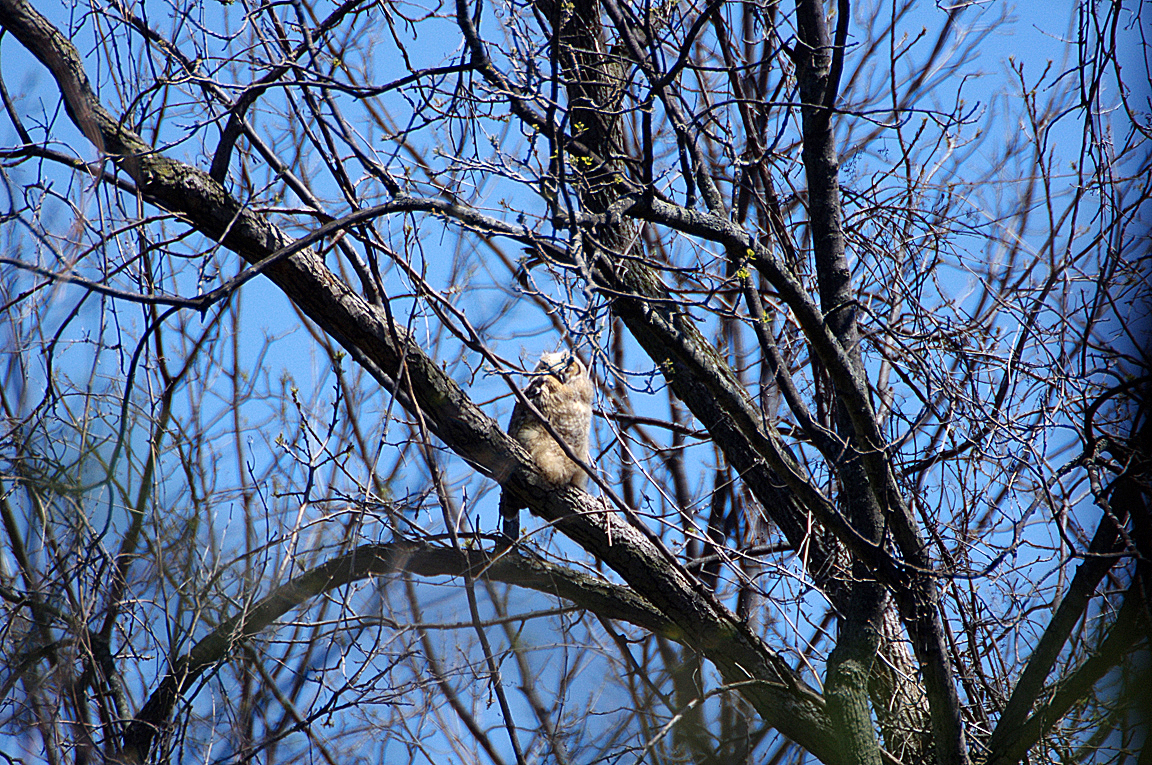 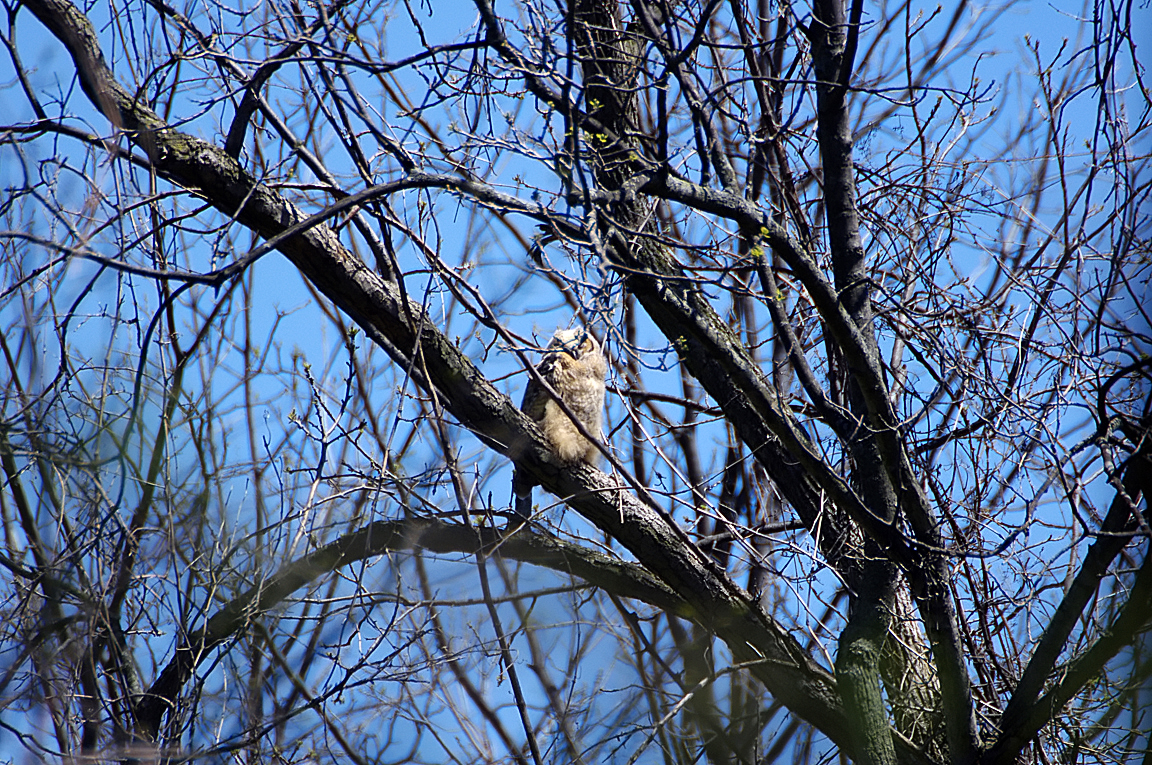 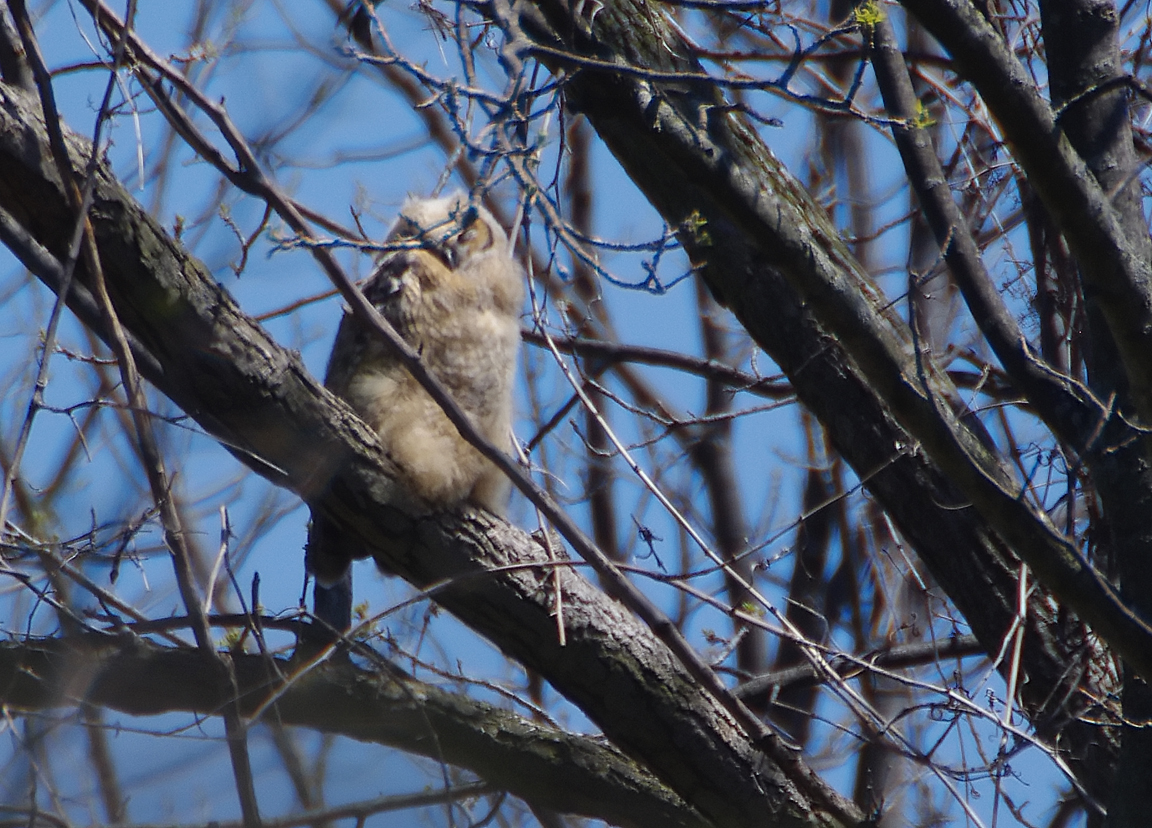 Found from the Arctic tundra to the tropical rainforest, from the desert to suburban backyards, the Great Horned Owl is one of the most widespread and common owls in North America.

Immature like adult. Fledges from nest while still downy around the head and without noticeable ear tufts. 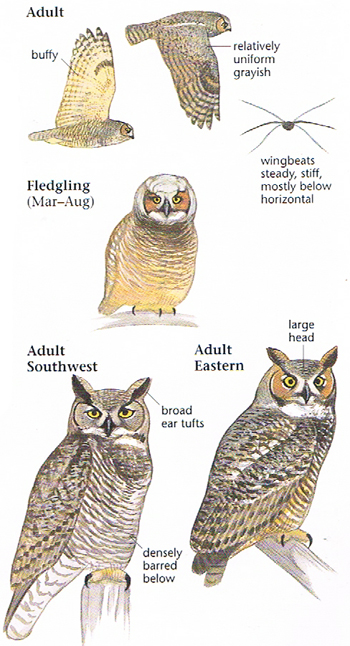