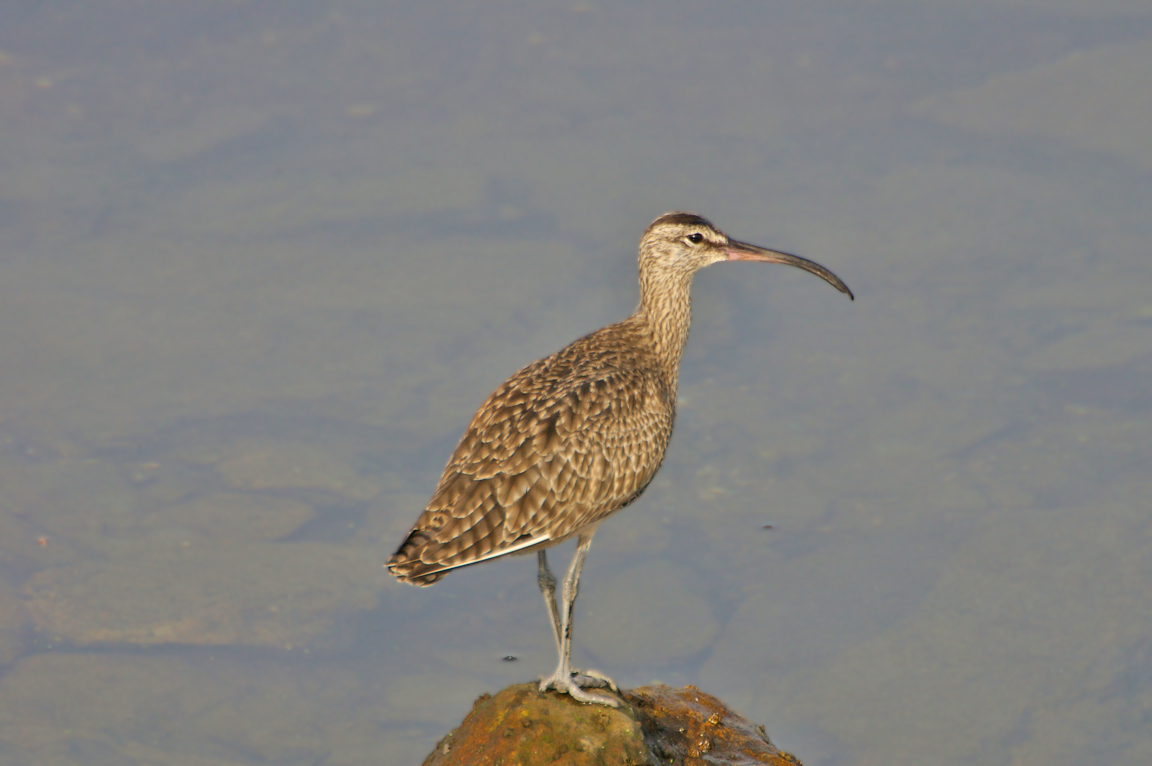 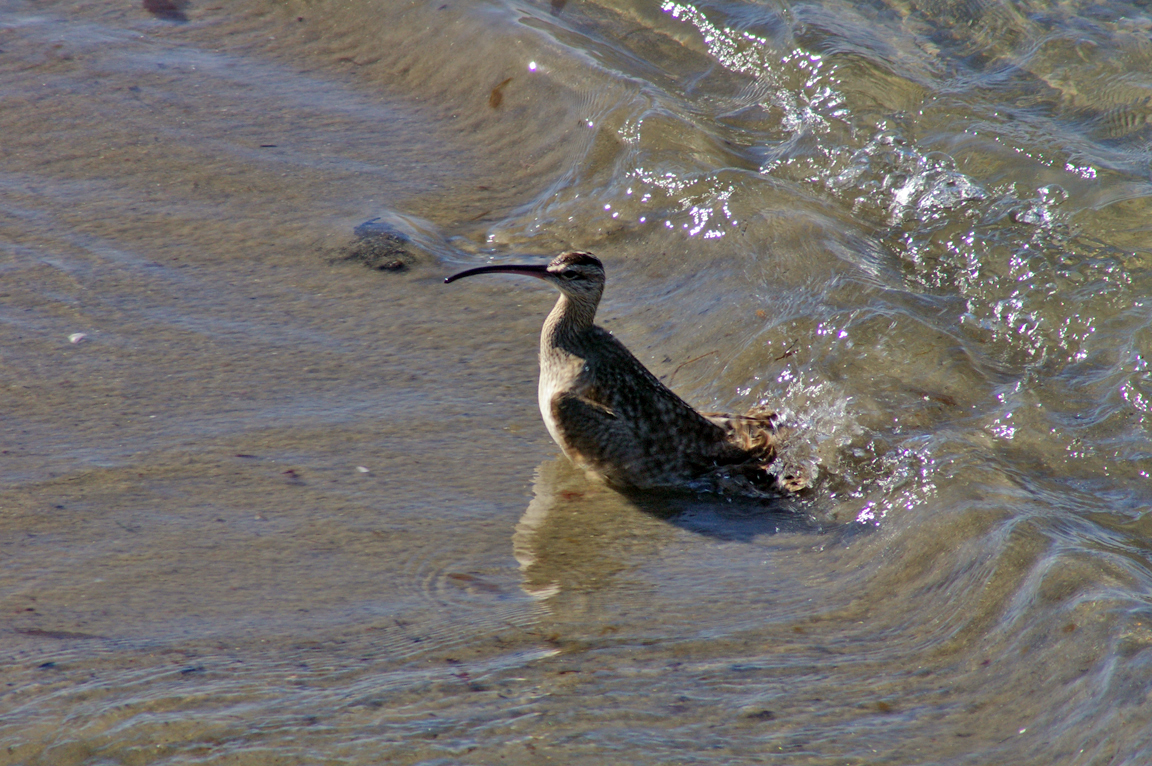 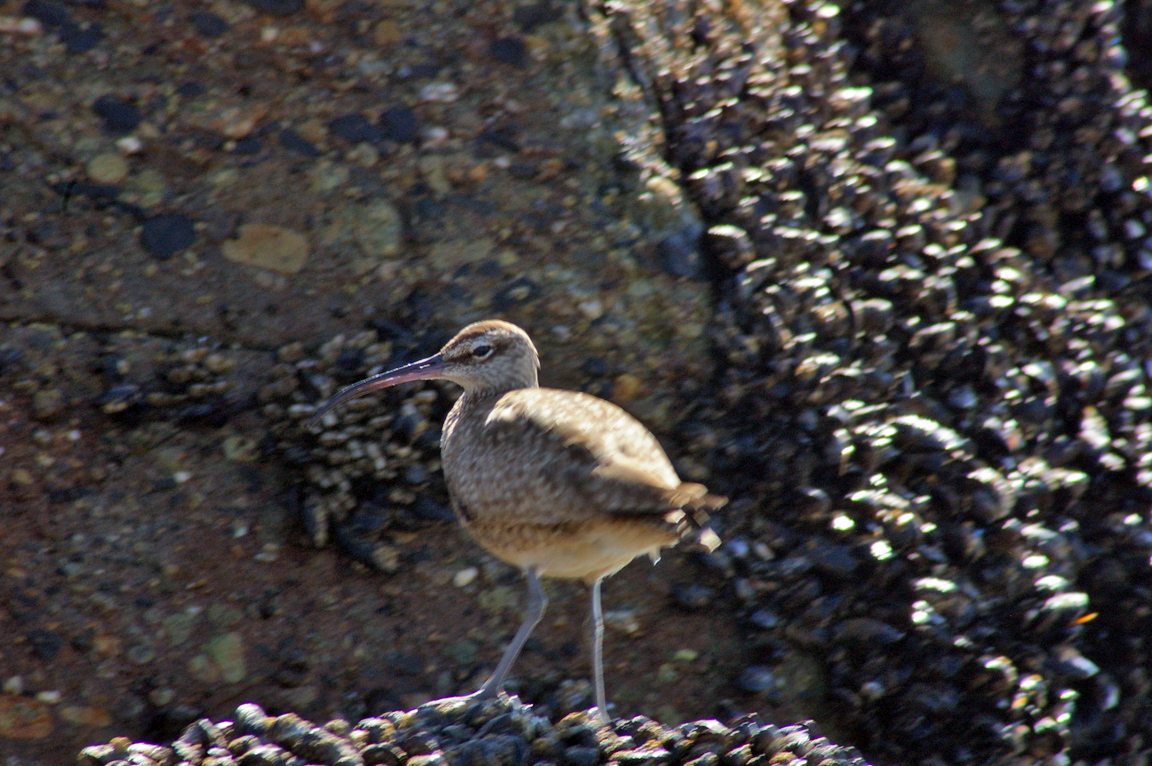 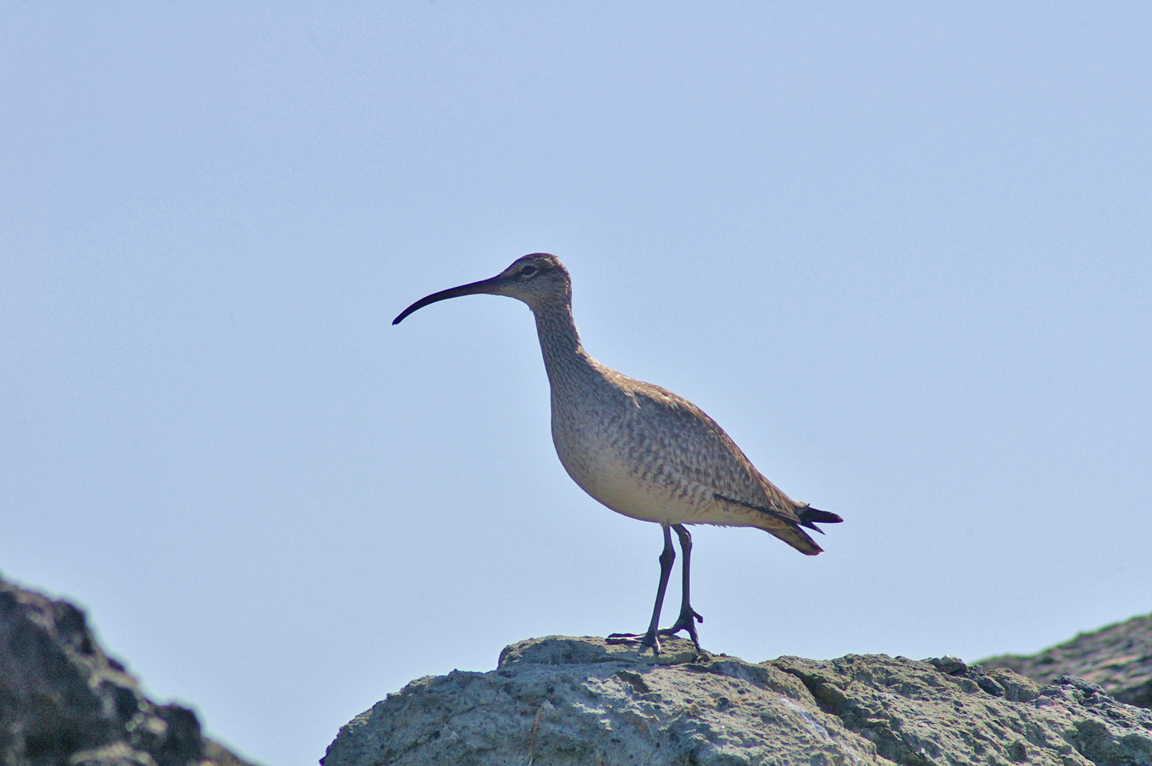 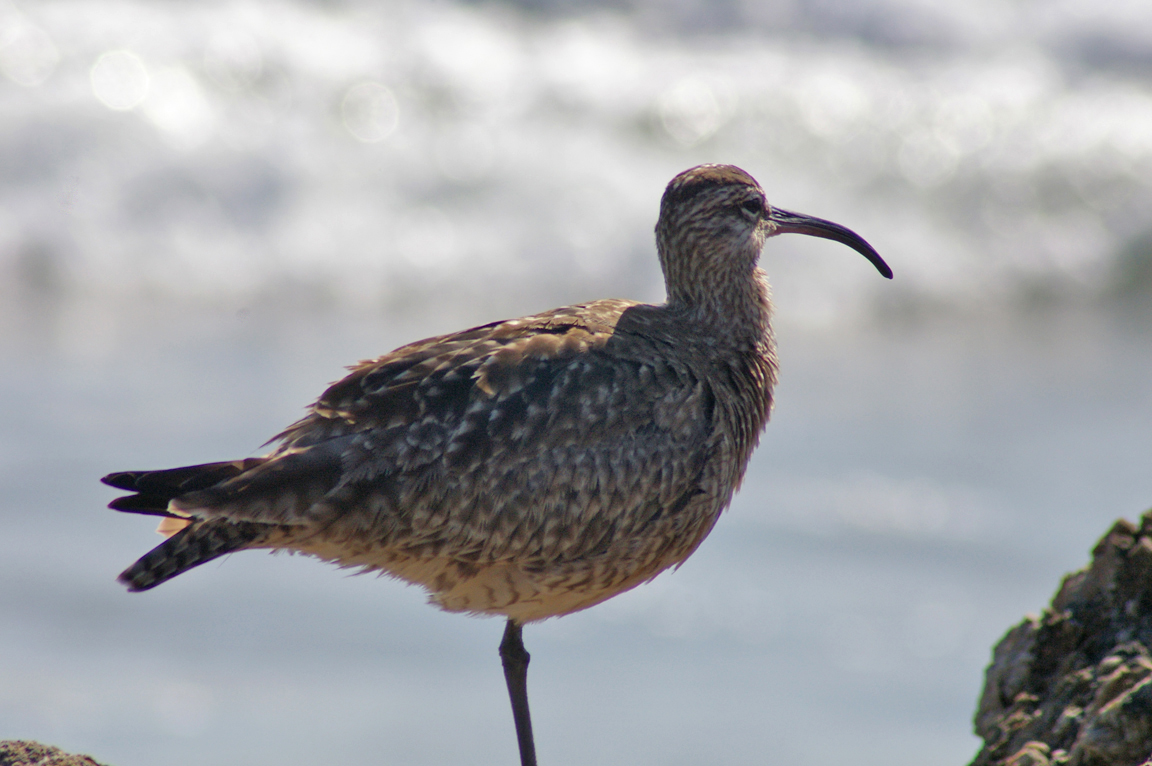 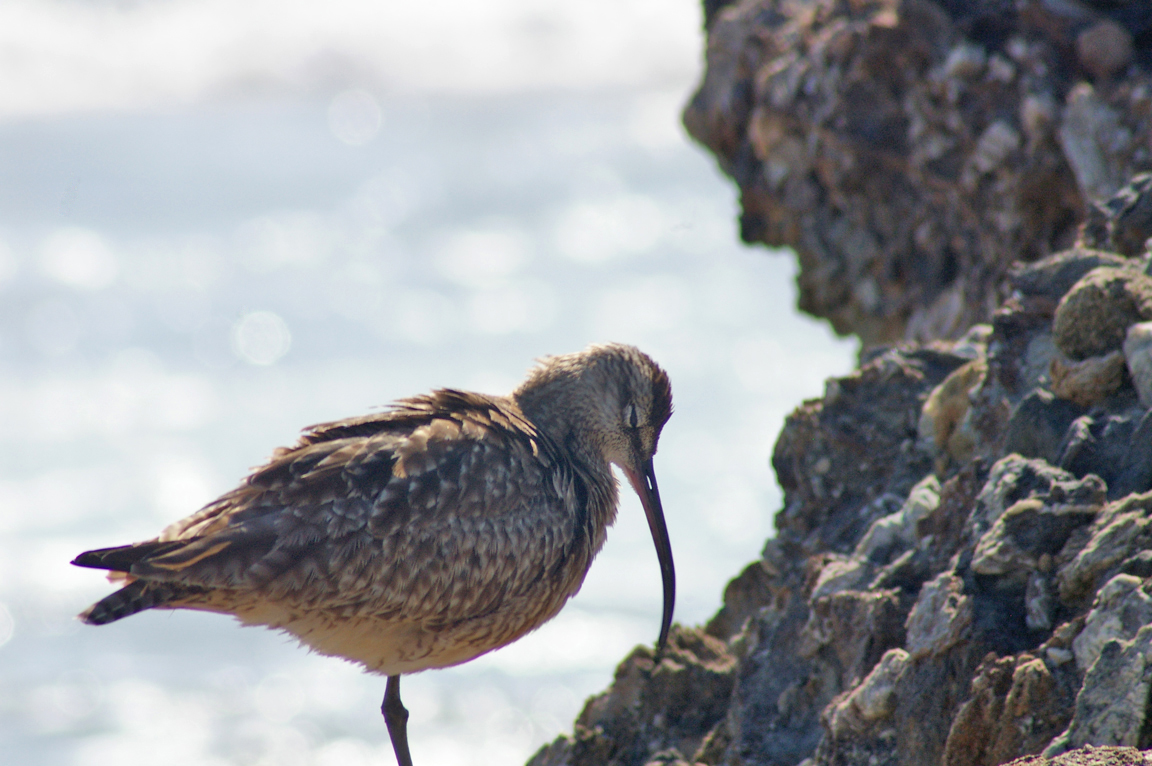 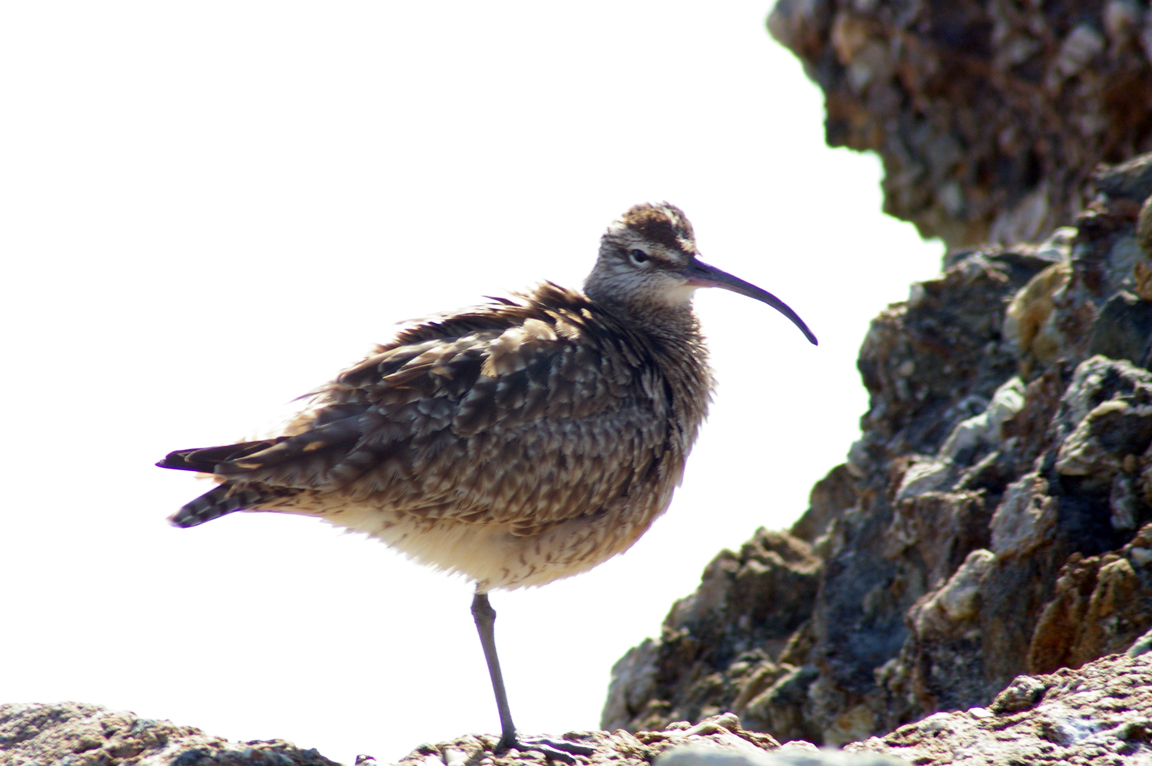 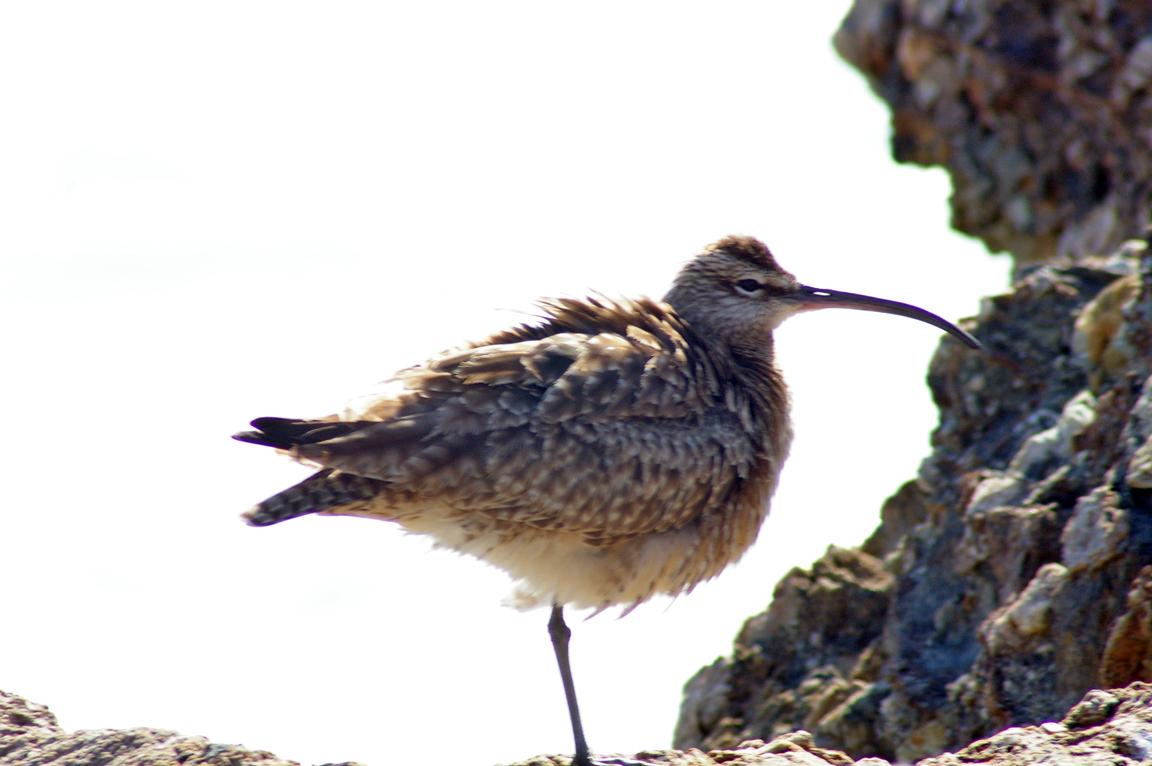 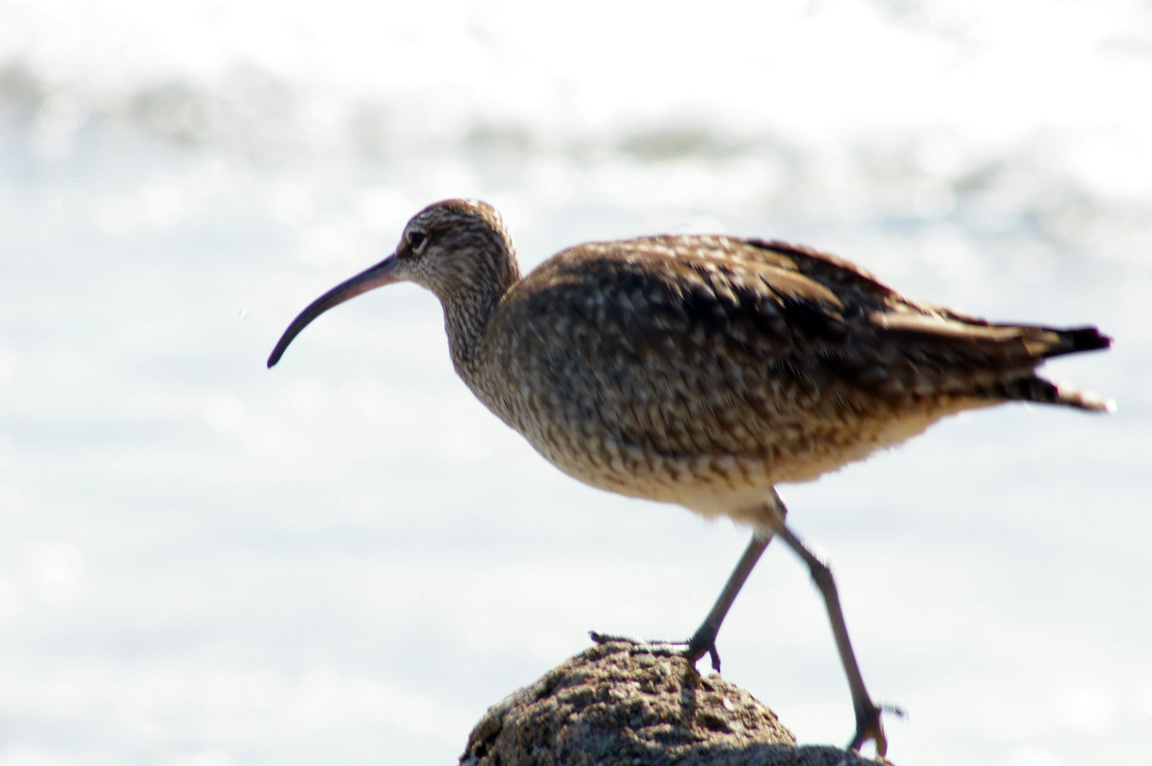 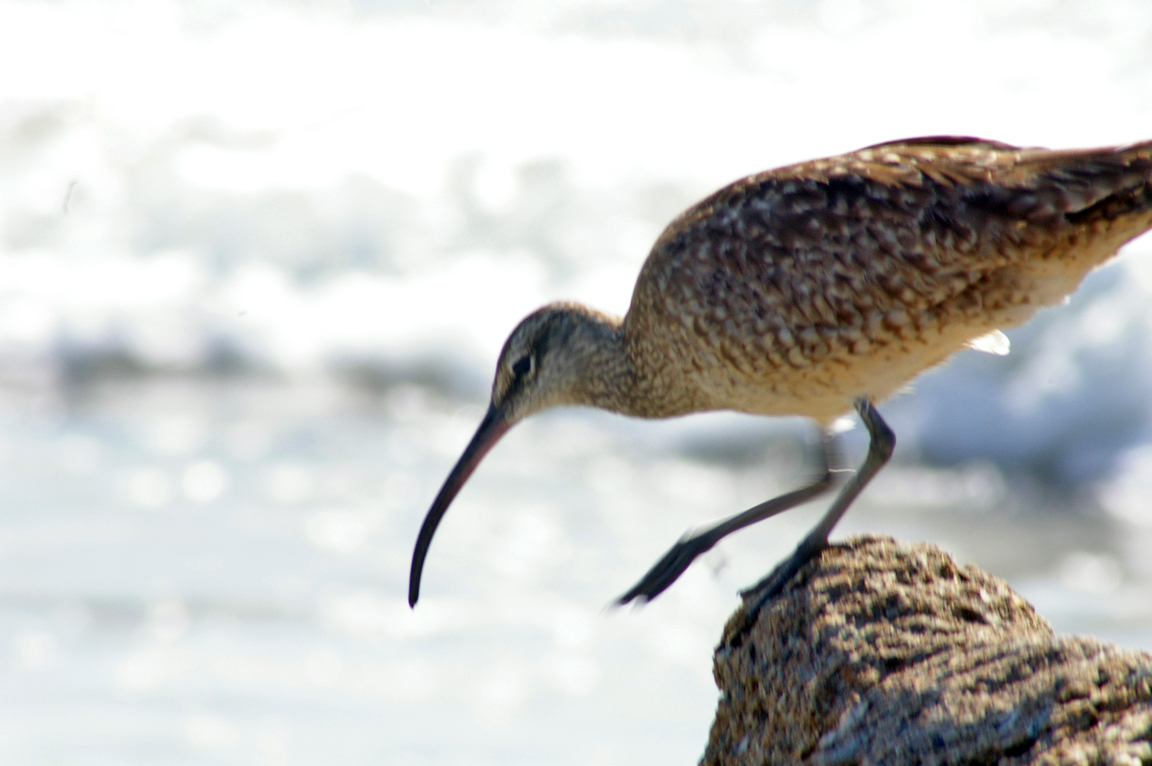 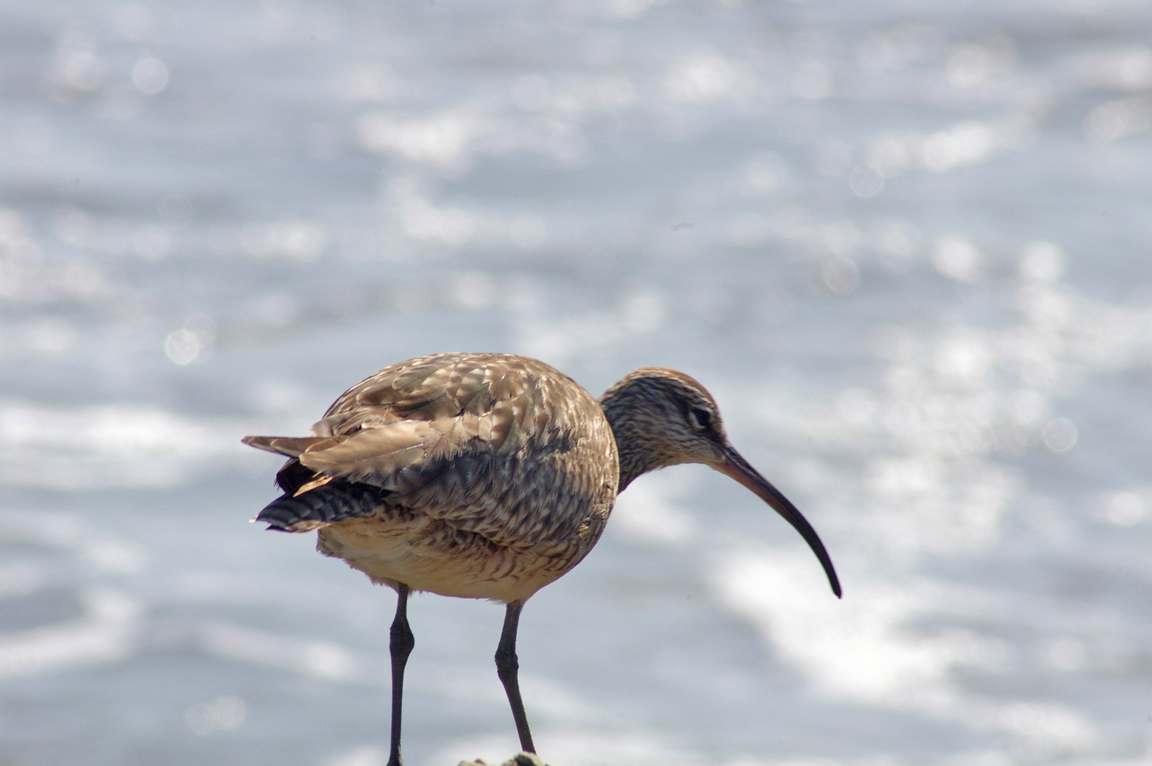 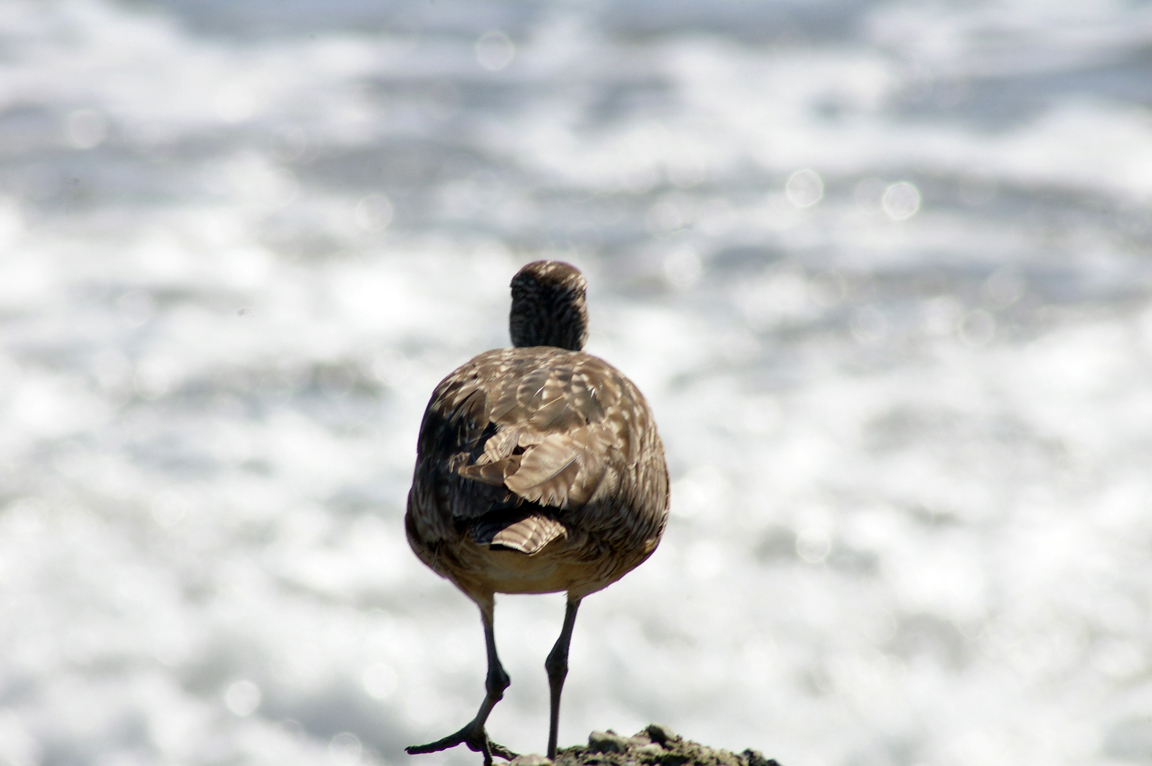 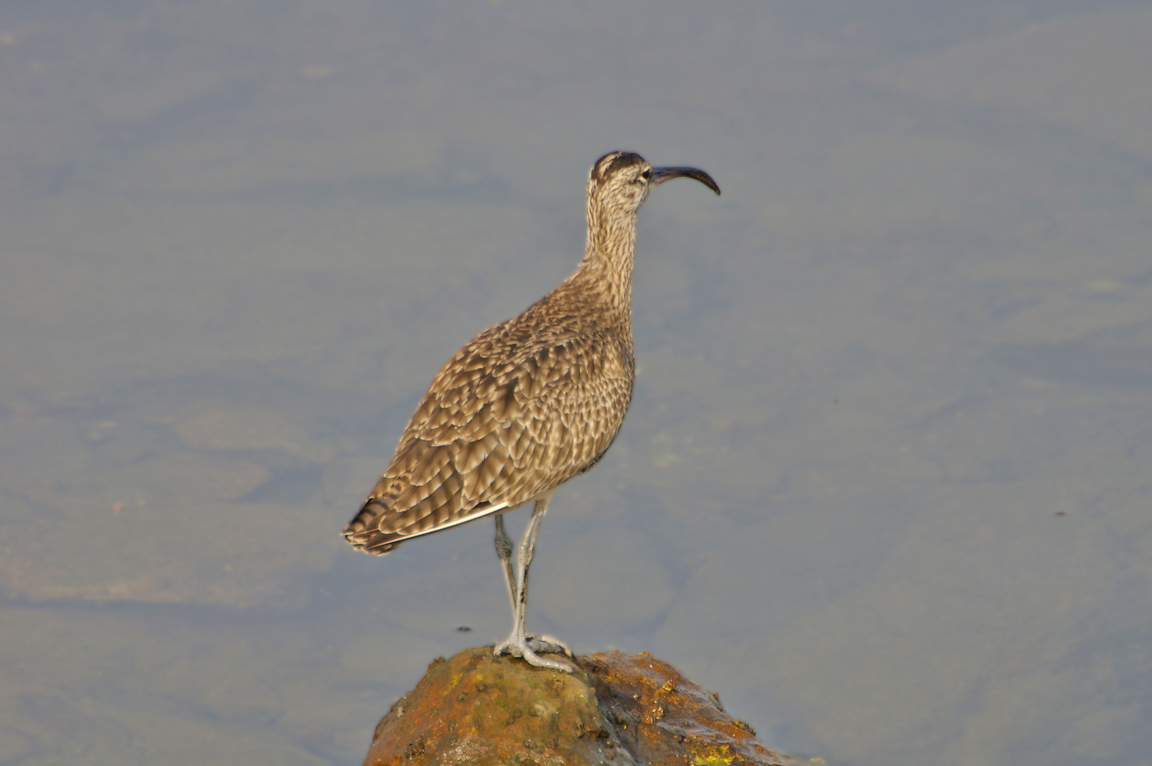 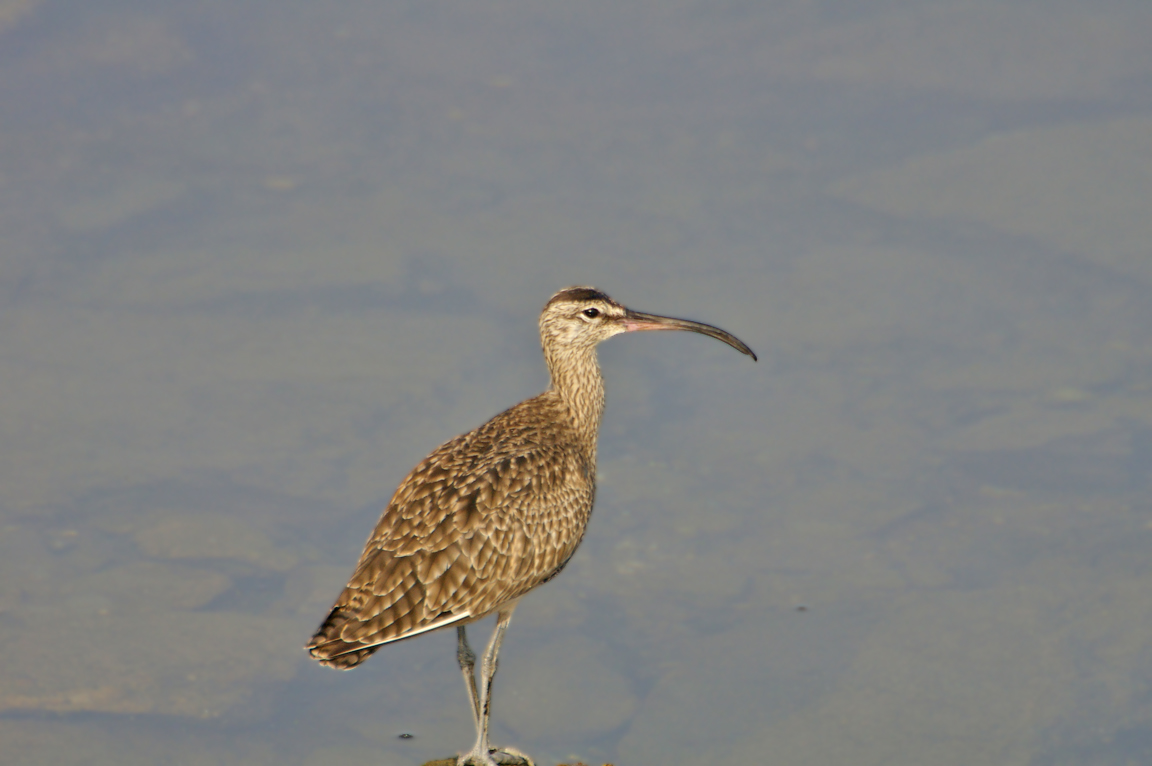 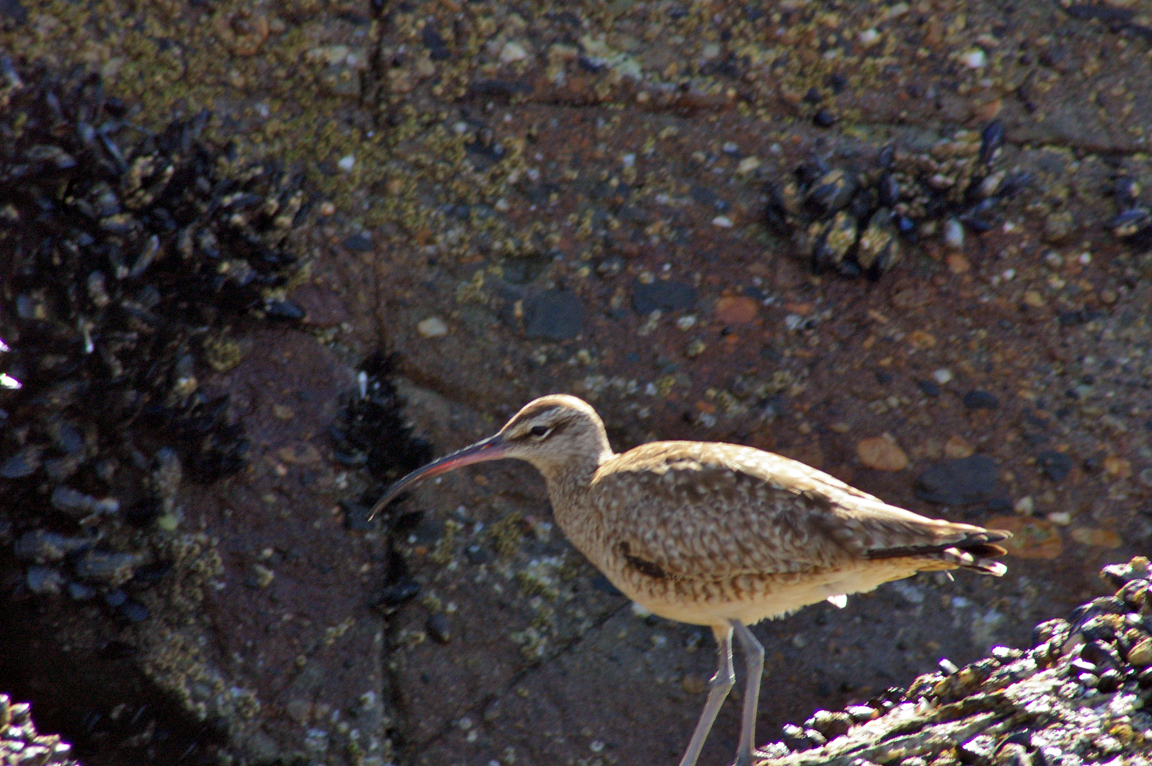 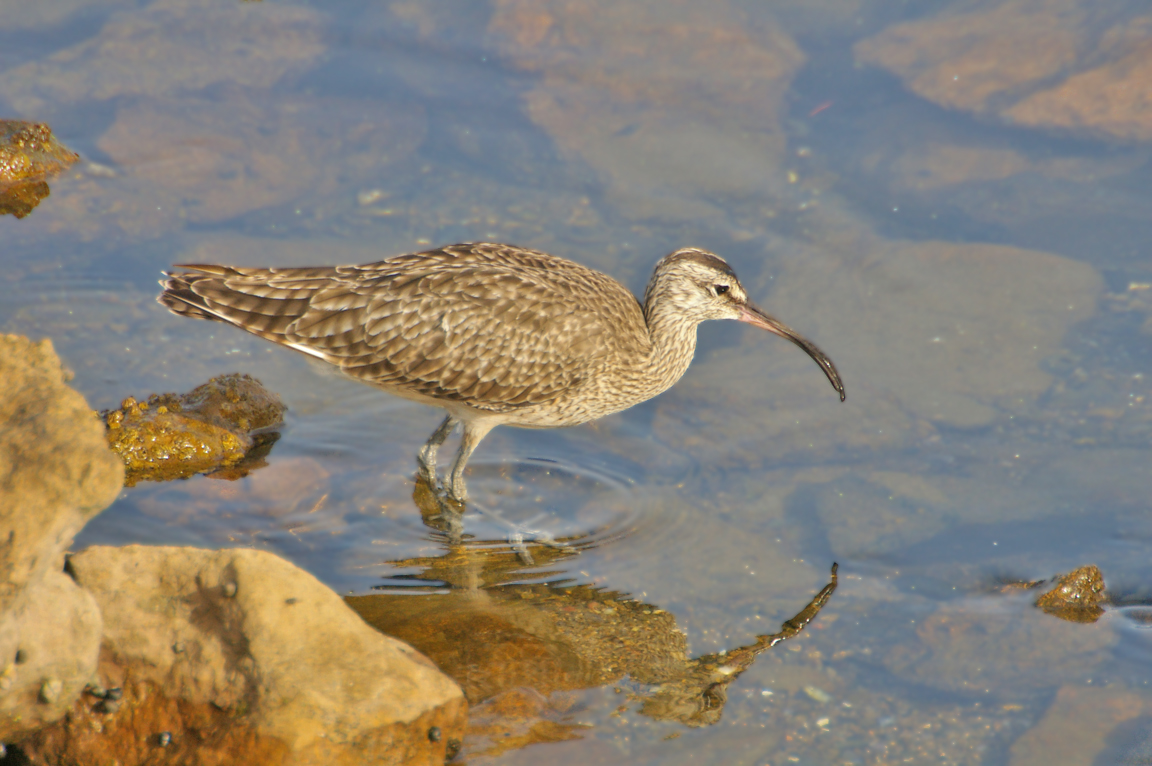 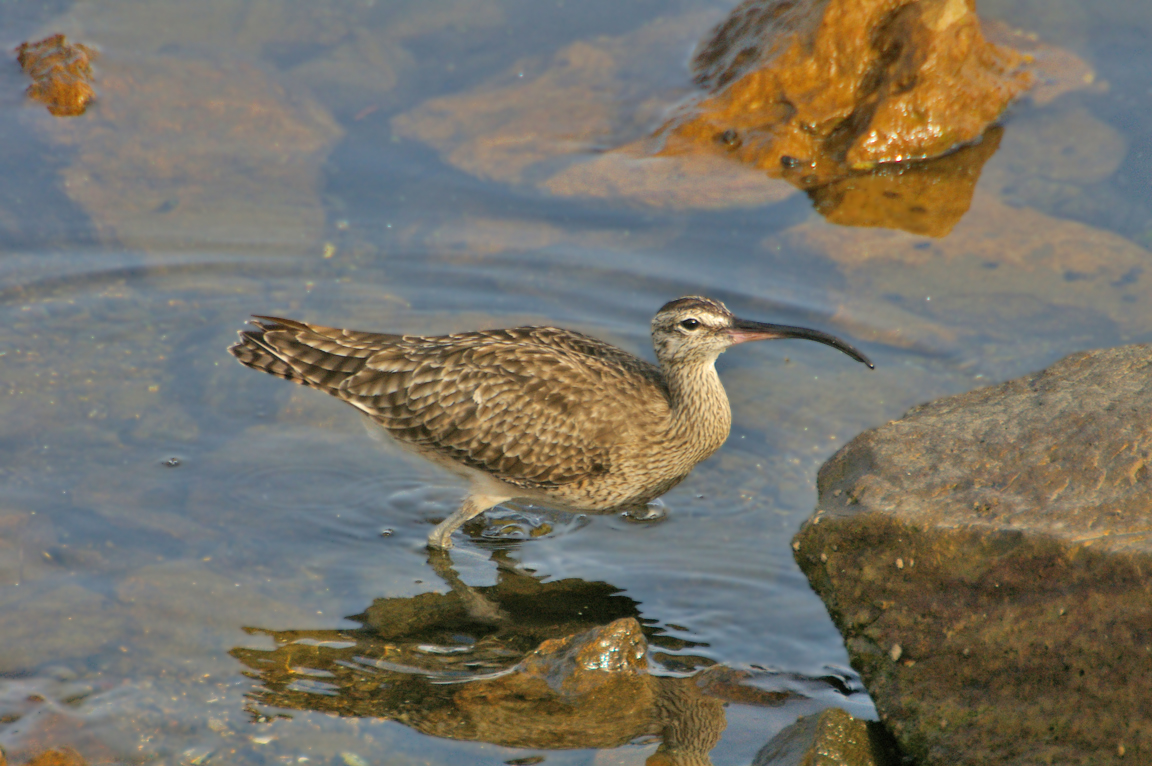 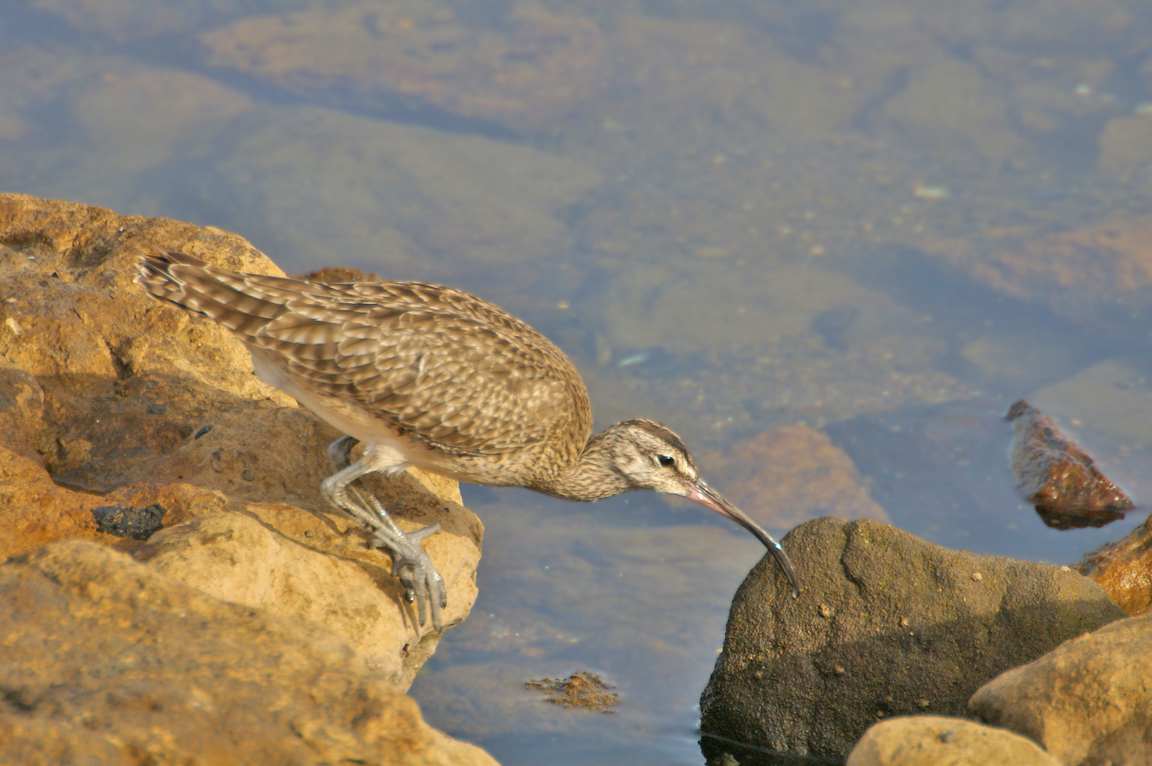 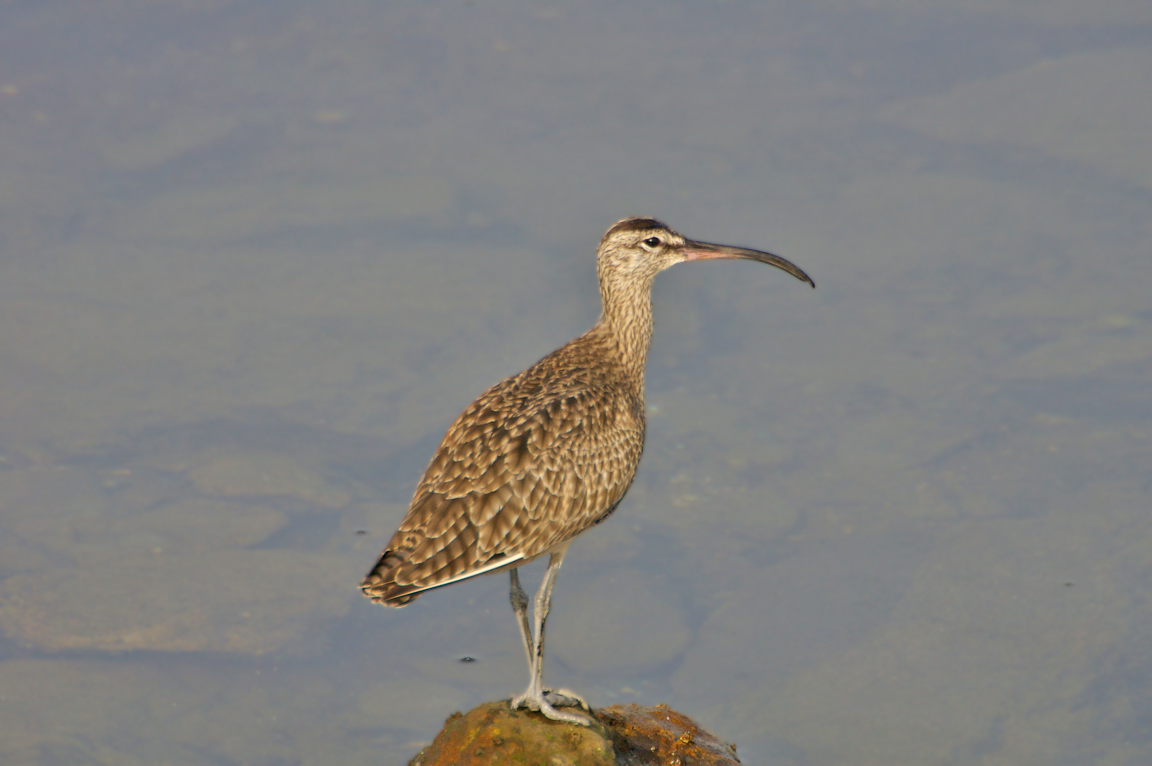 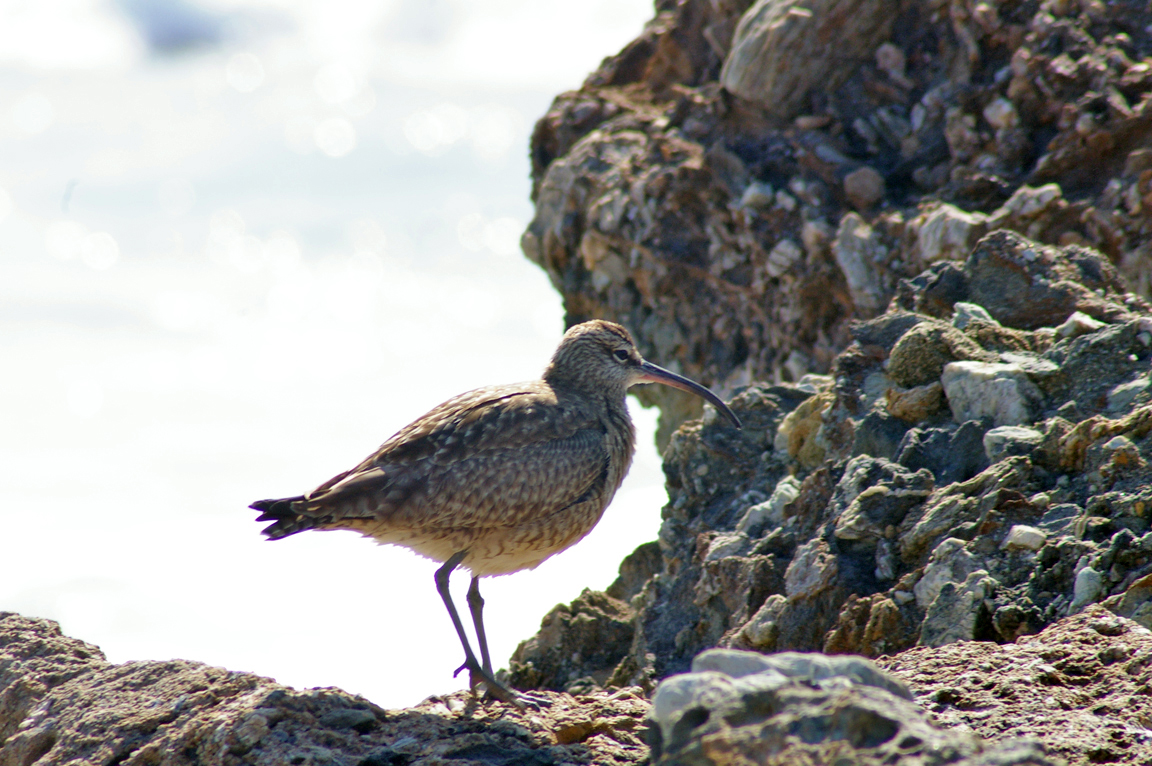 One of the most wide-ranging shorebirds in the world, the Whimbrel breeds in the Arctic in the eastern and western hemispheres, and migrates to South America, Africa, south Asia, and Australia. It uses its long, down-curved bill to probe deep in the sand of beaches for invertebrates, but also feeds on berries and insects.

Some migrating Whimbrels make a nonstop flight of 4,000 km (2,500 miles) from southern Canada or New England to South America.

Four distinct subspecies of Whimbrel are recognized: one breeds in North America, one from Iceland to northwest Siberia, one in southern Russia, and one in eastern Siberia. The American form was formerly considered a separate species, the Hudsonian Curlew. Whereas the Eurasian forms have white backs, and some white rumps, the American form has a brown rump and back.

In many regions, the primary winter food of the Whimbrel is crab. The curve of the Whimbrel's bill nicely matches the shape of fiddler crab burrows. The bird reaches into the crab's burrow, extracts the crab, washes it if it is muddy, and sometimes breaks off the claws and legs before swallowing it. Indigestible parts are excreted in fecal pellets.

Sexes similar in plumage, but female larger on average.

Similar to adult, but back with light spots, crown stripe less distinct, breast more buff, and with finer streaking on neck and chest. 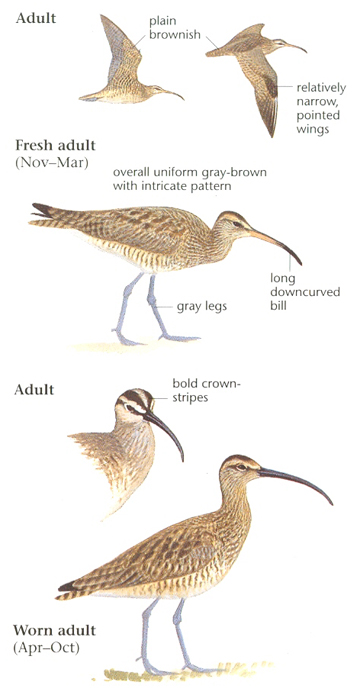