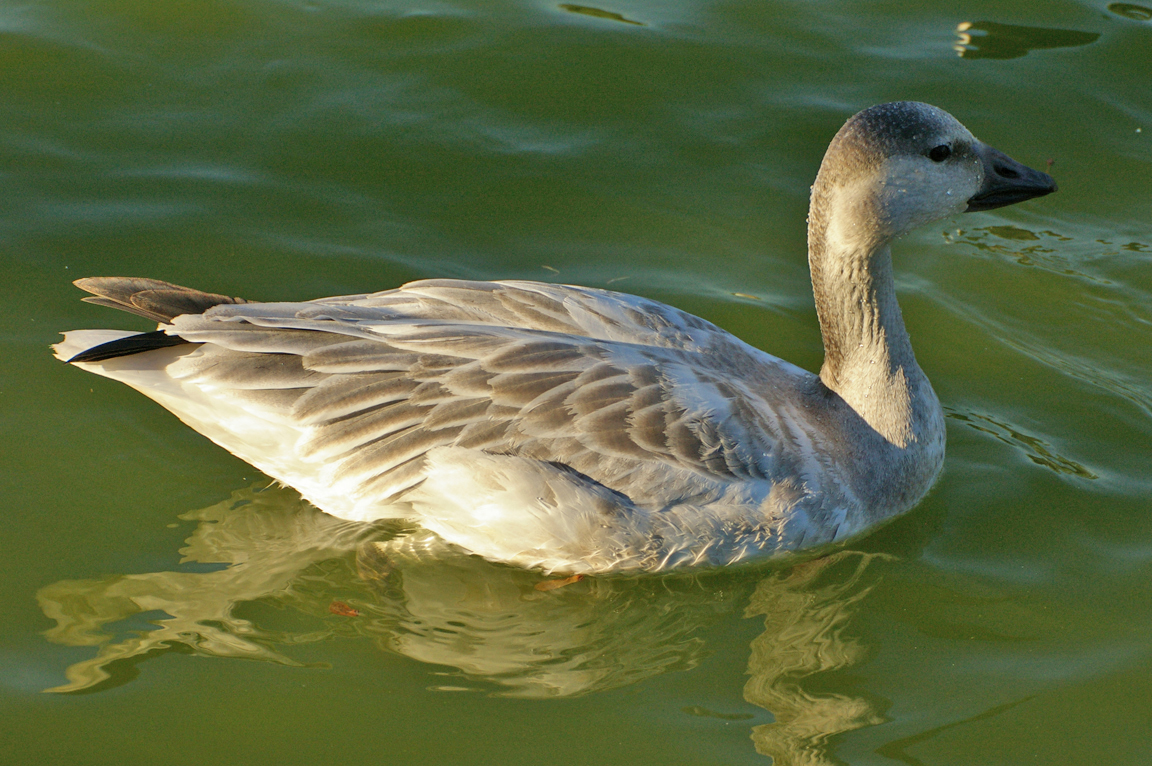 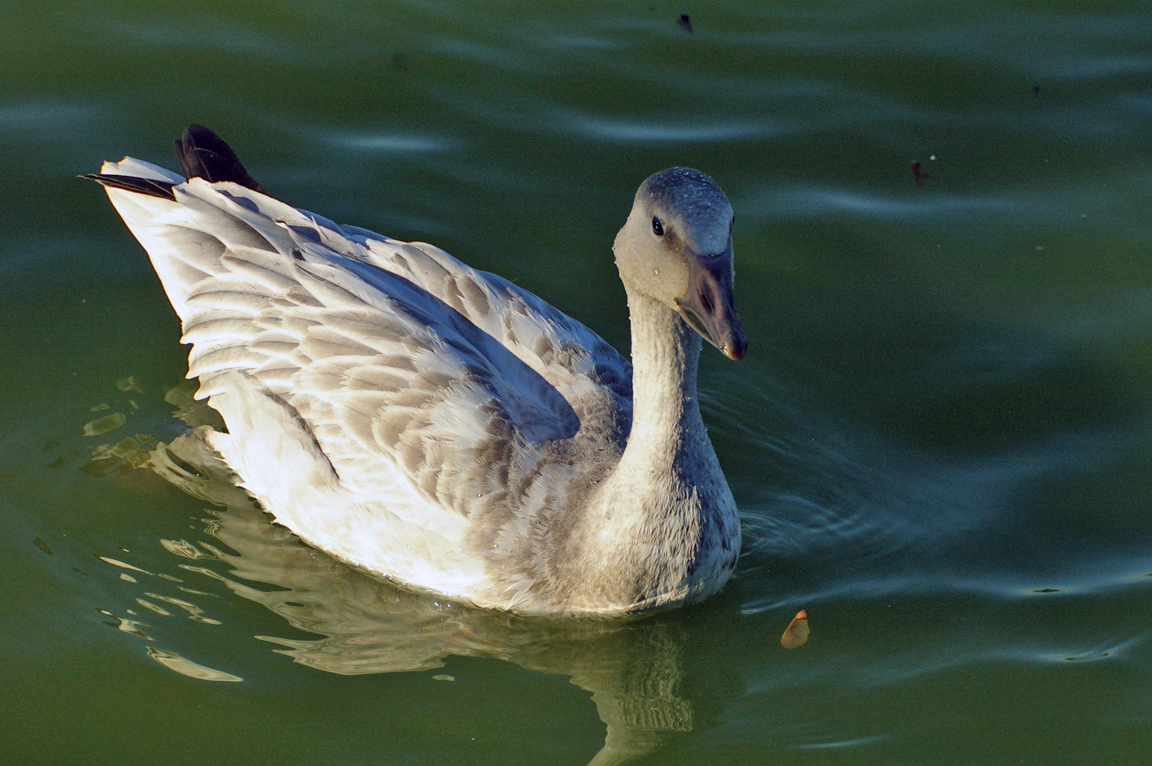 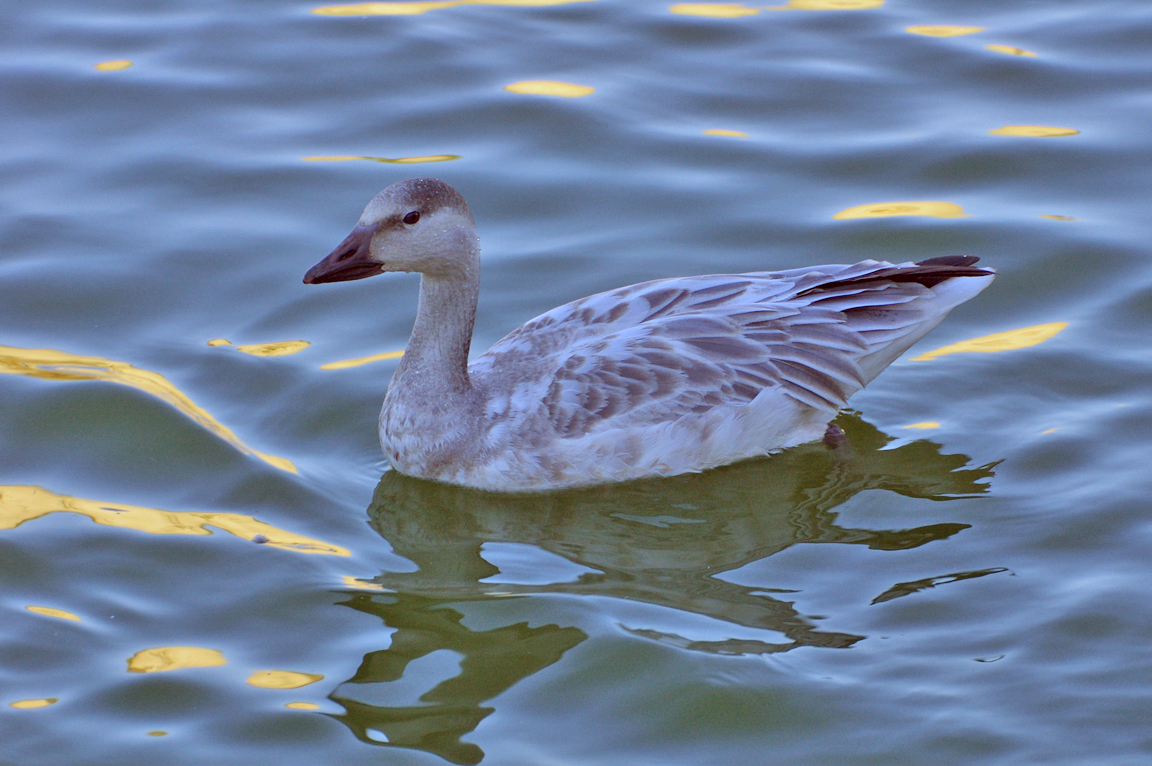 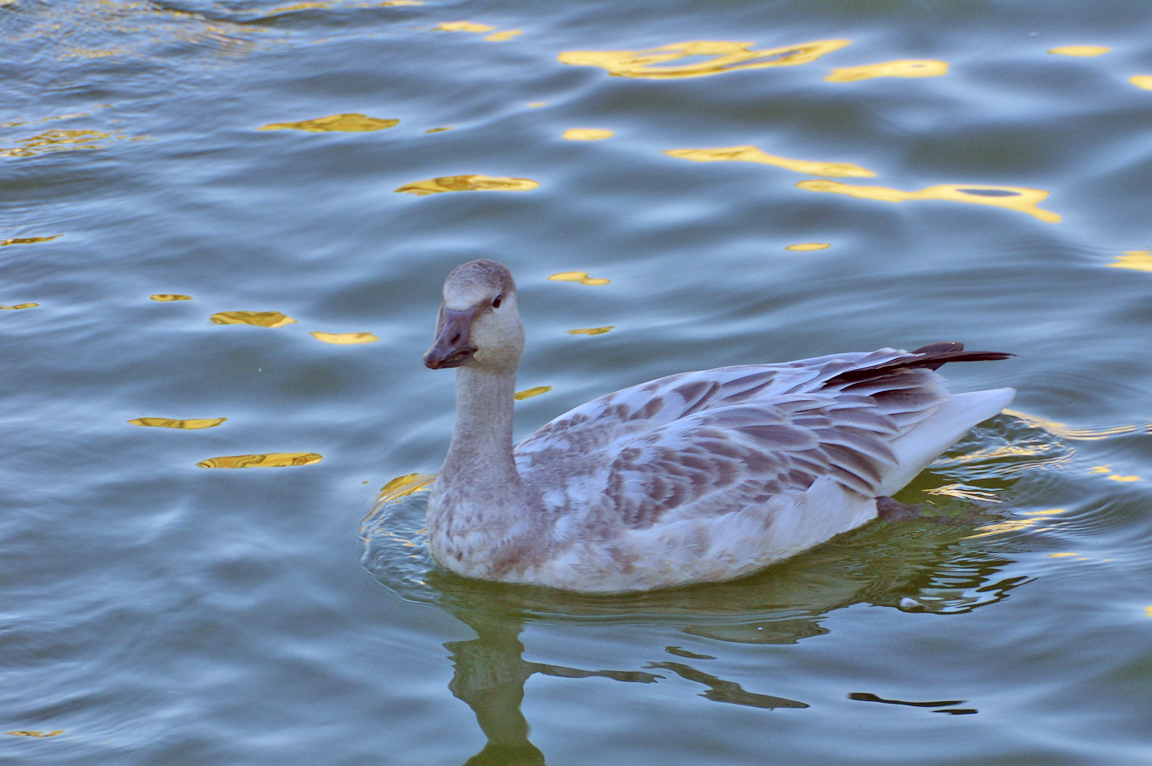 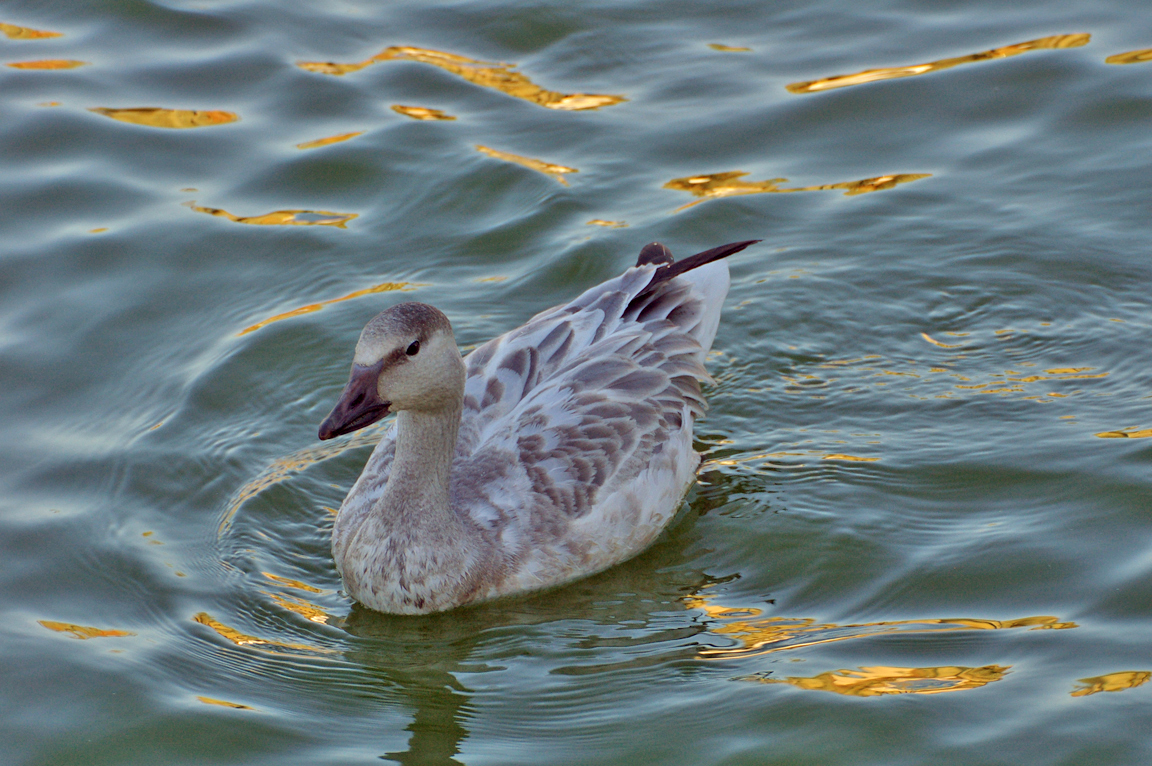 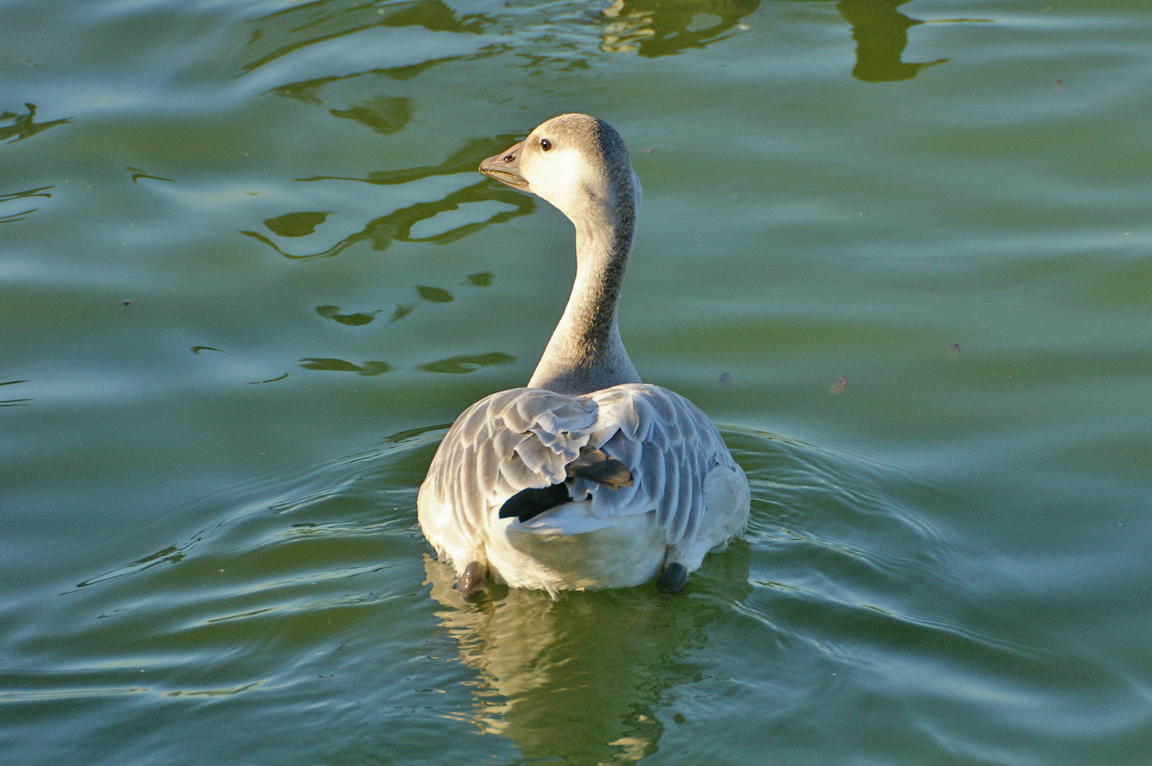 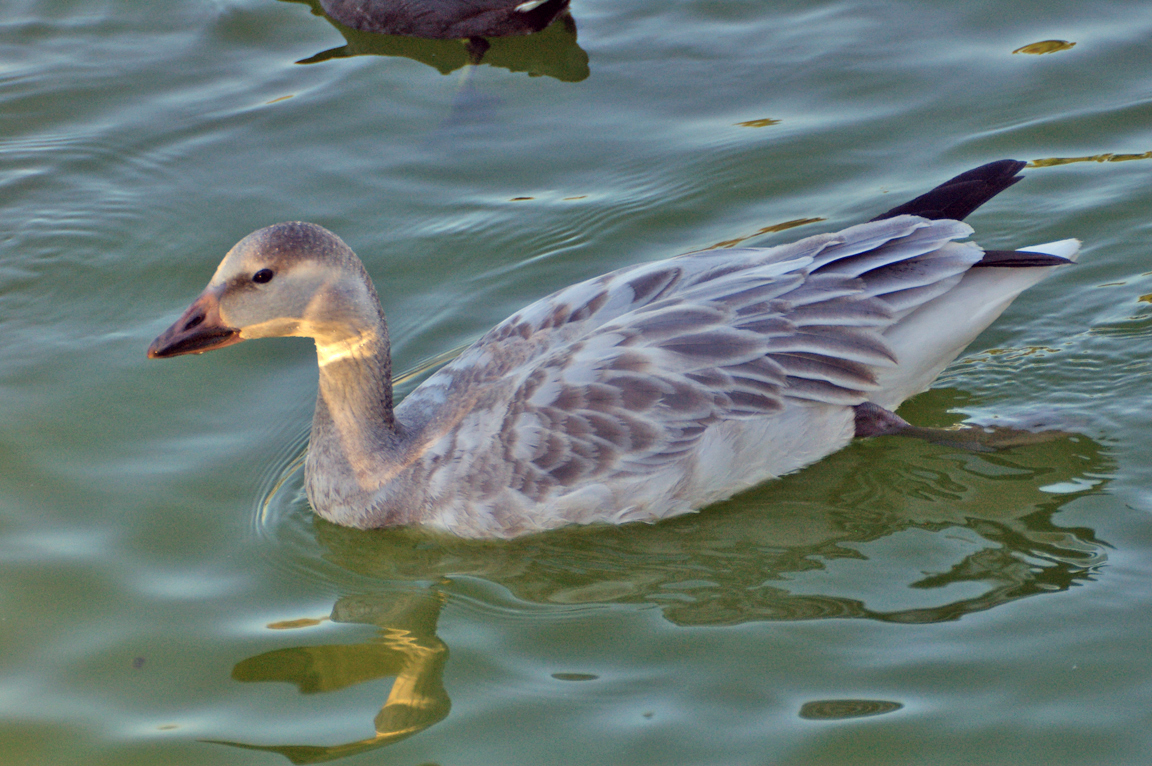 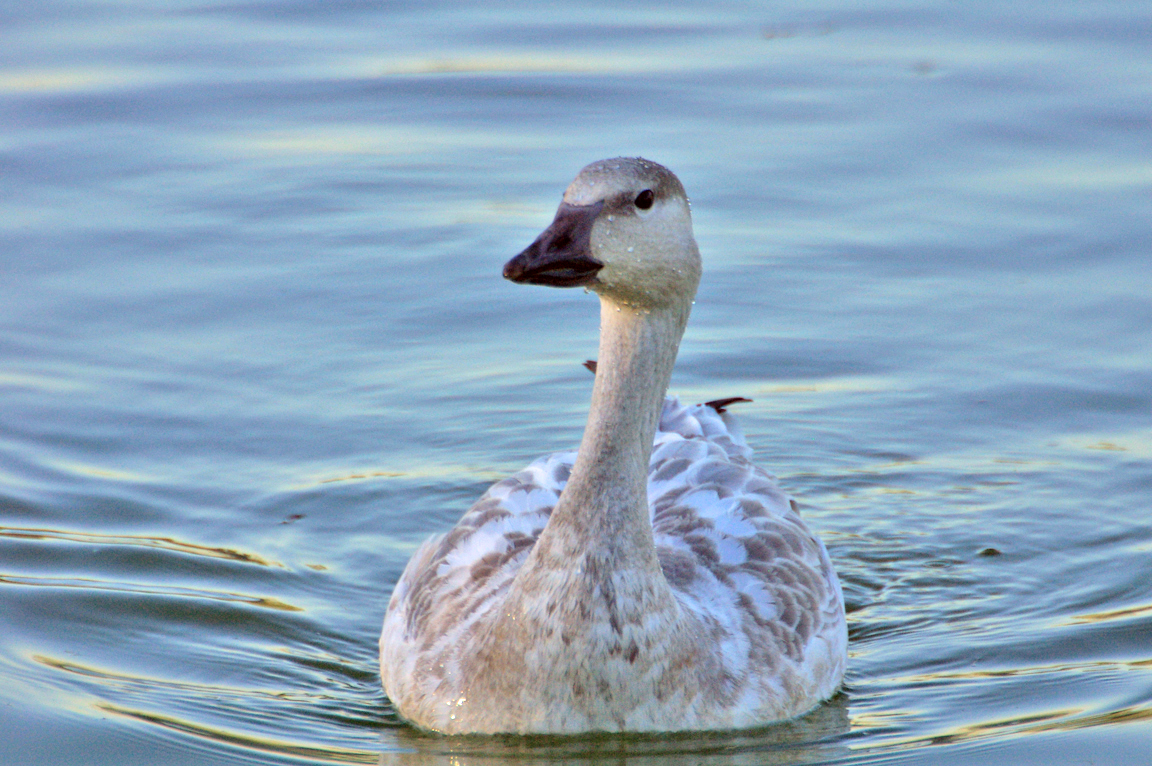 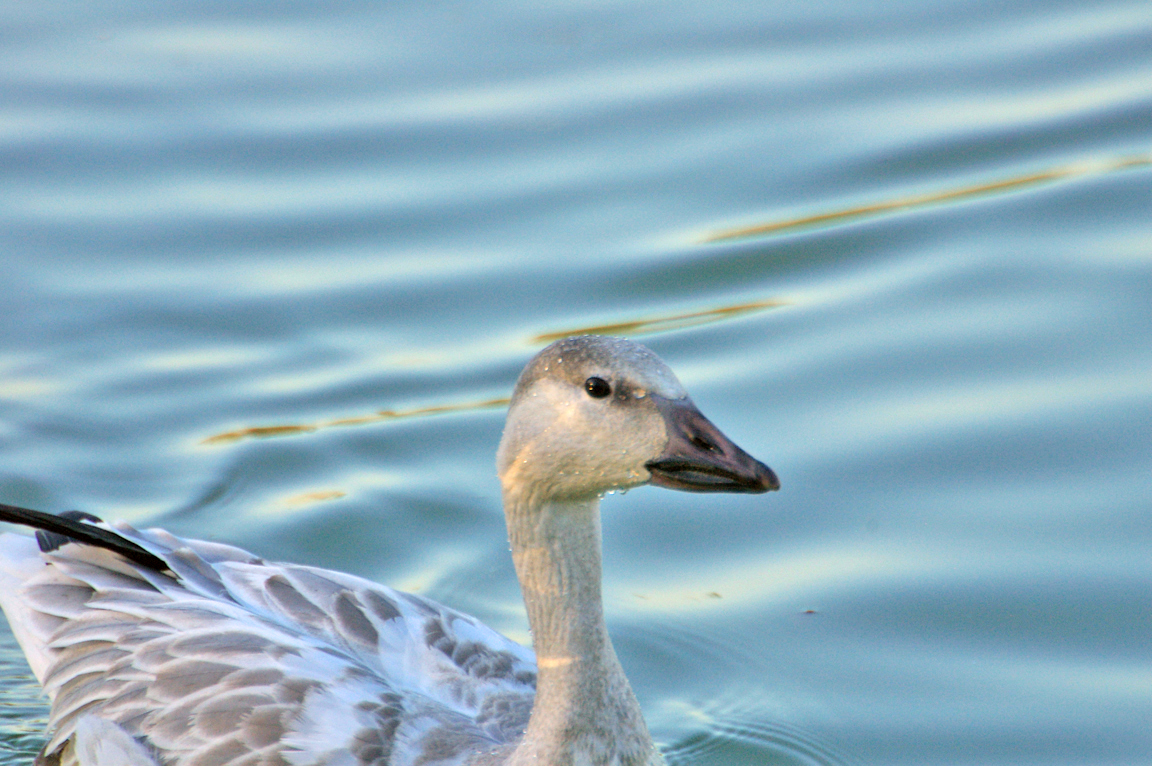 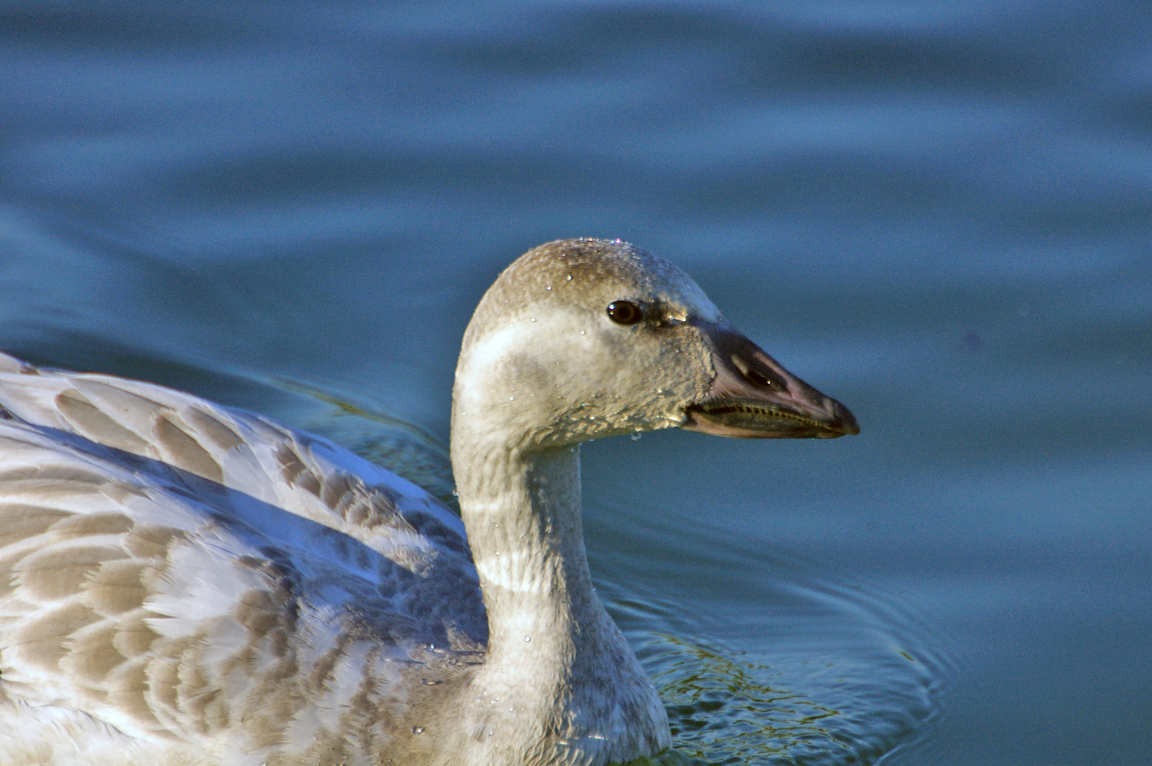 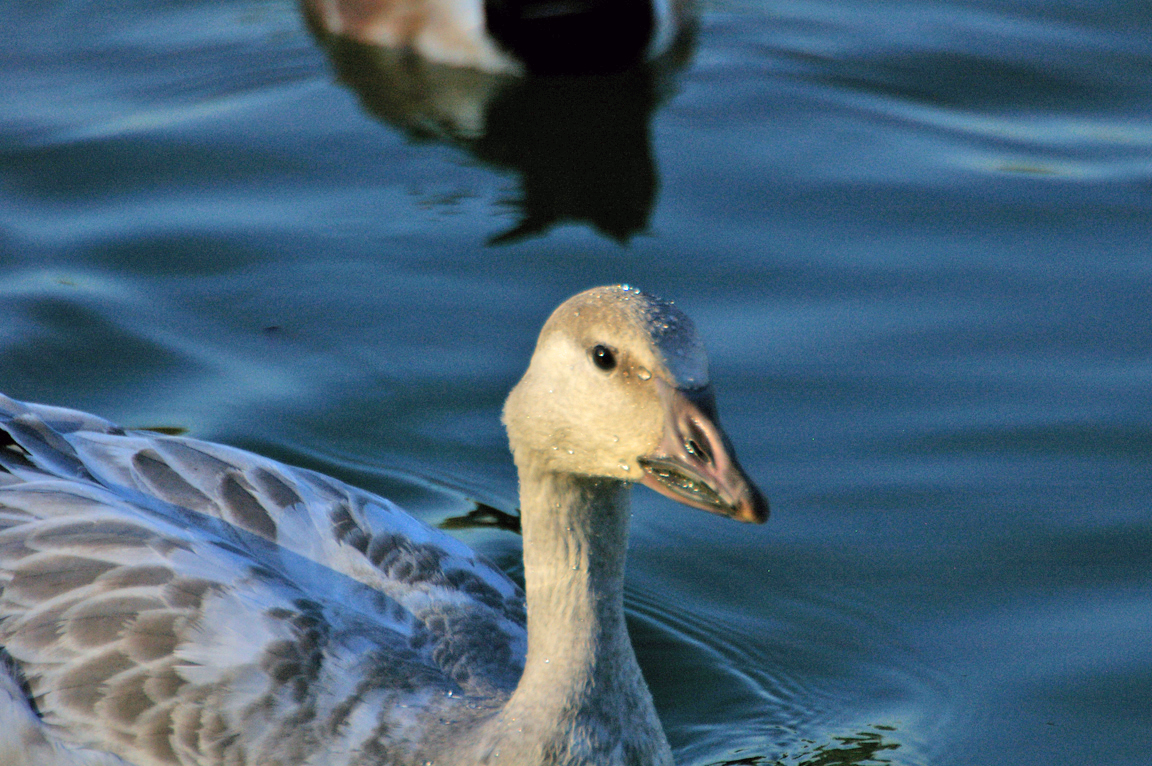 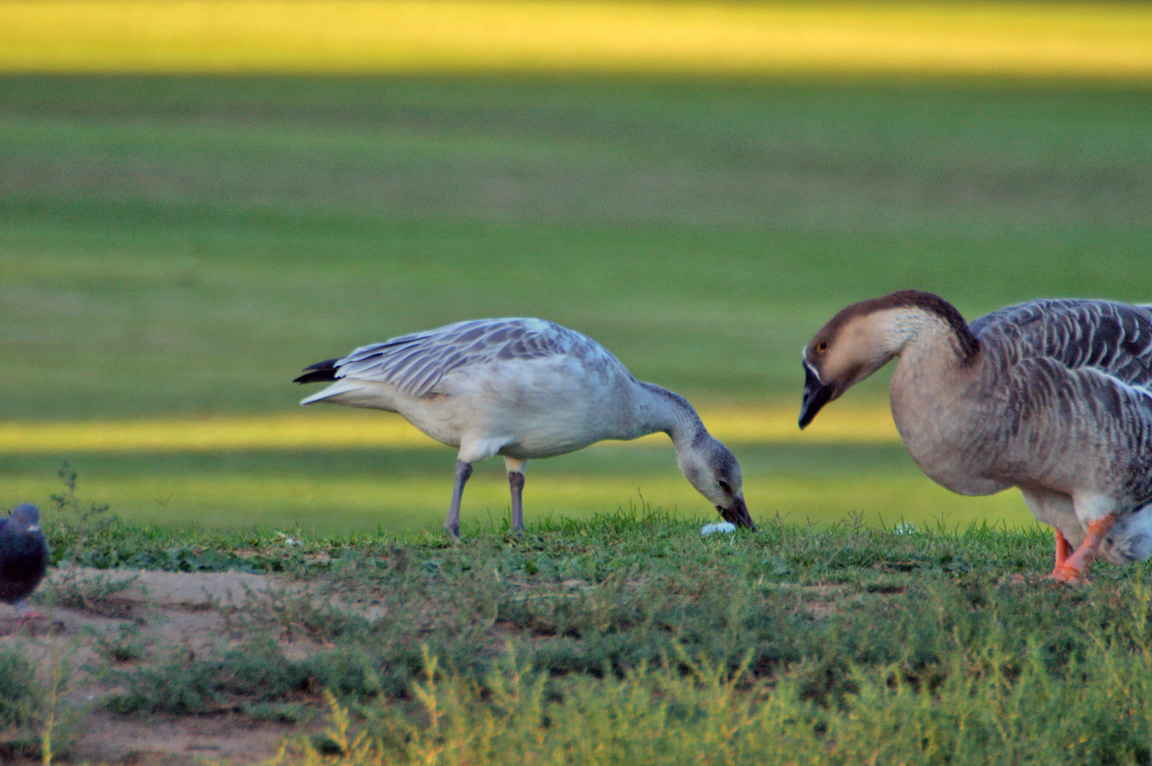 13 Juvenile next to a Chinese Goose 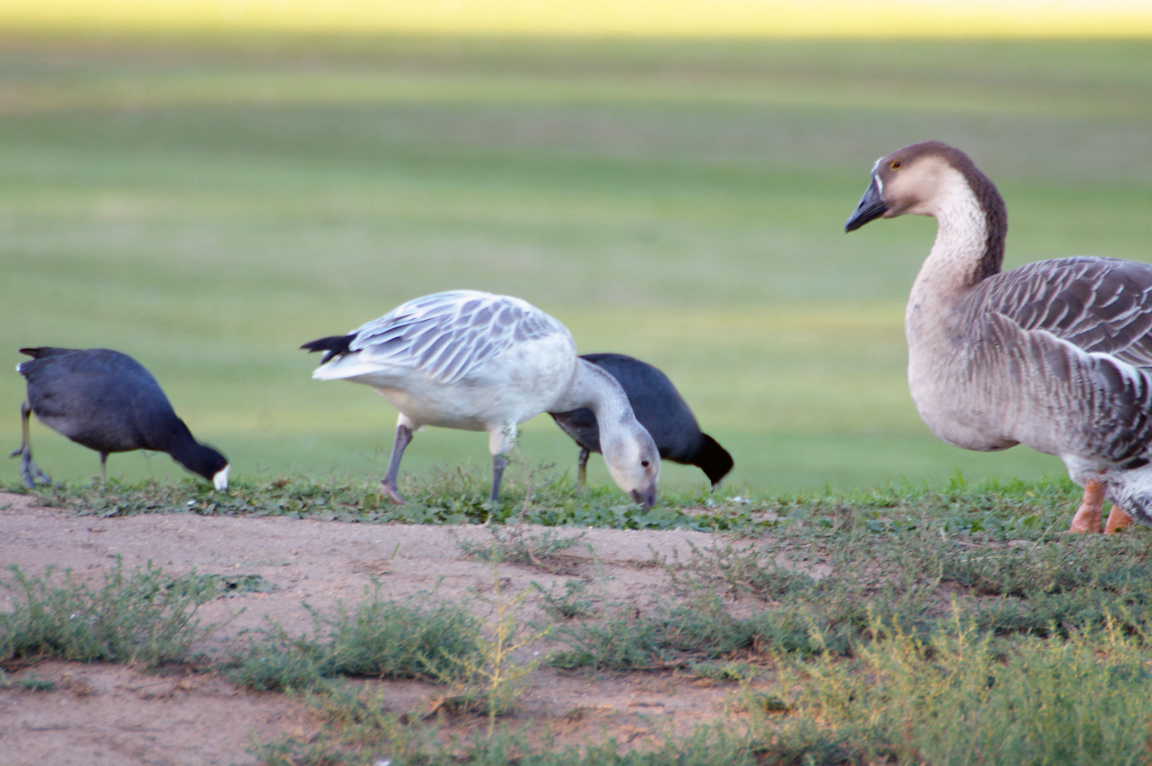 14 Juvenile next to a Chinese Goose and two American Coots 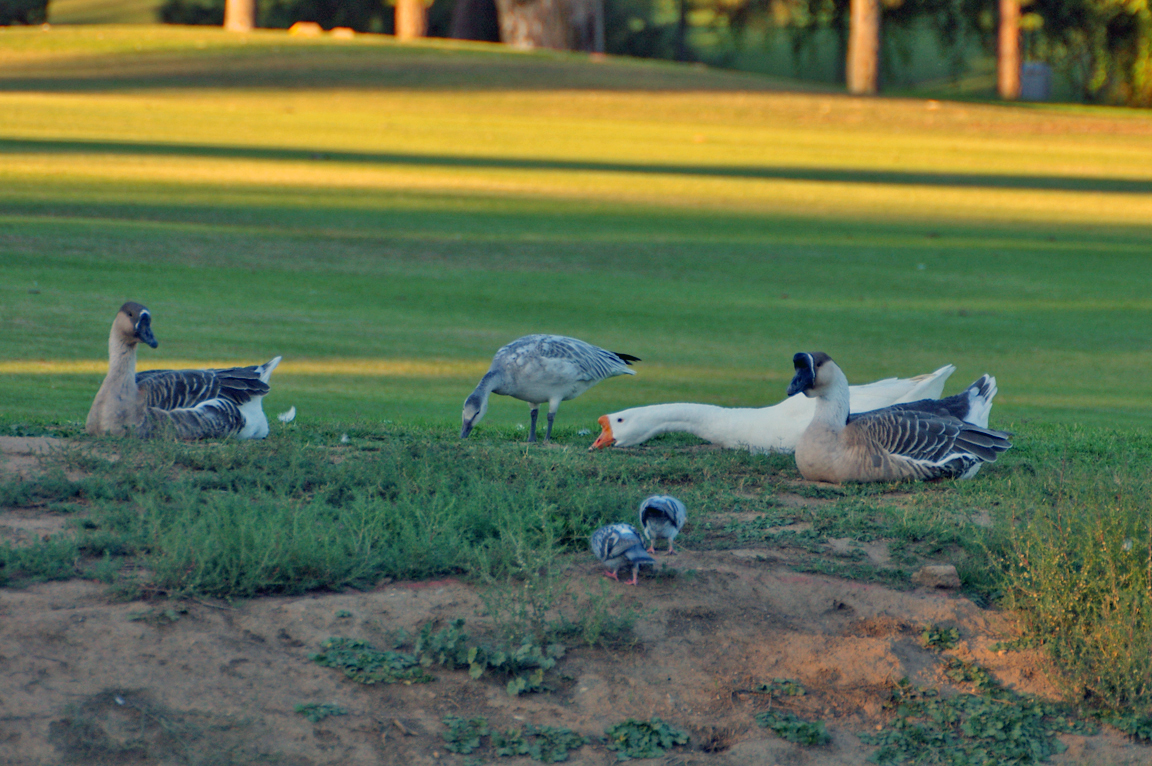 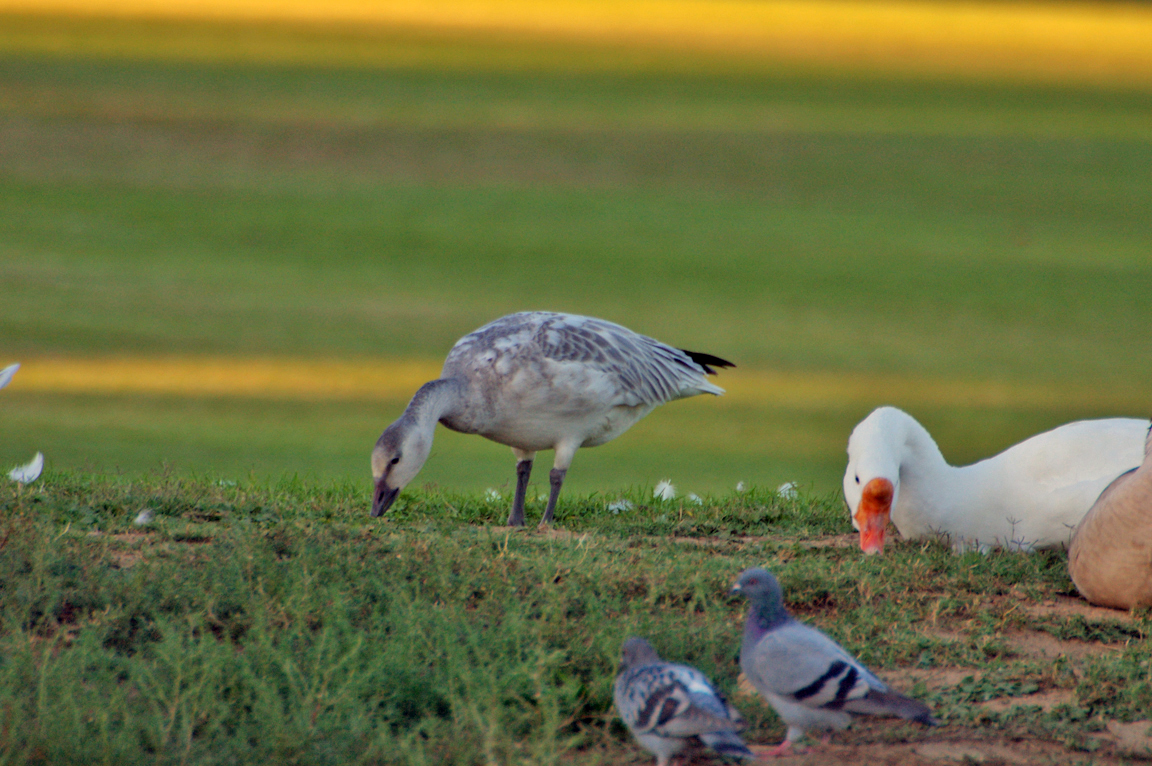 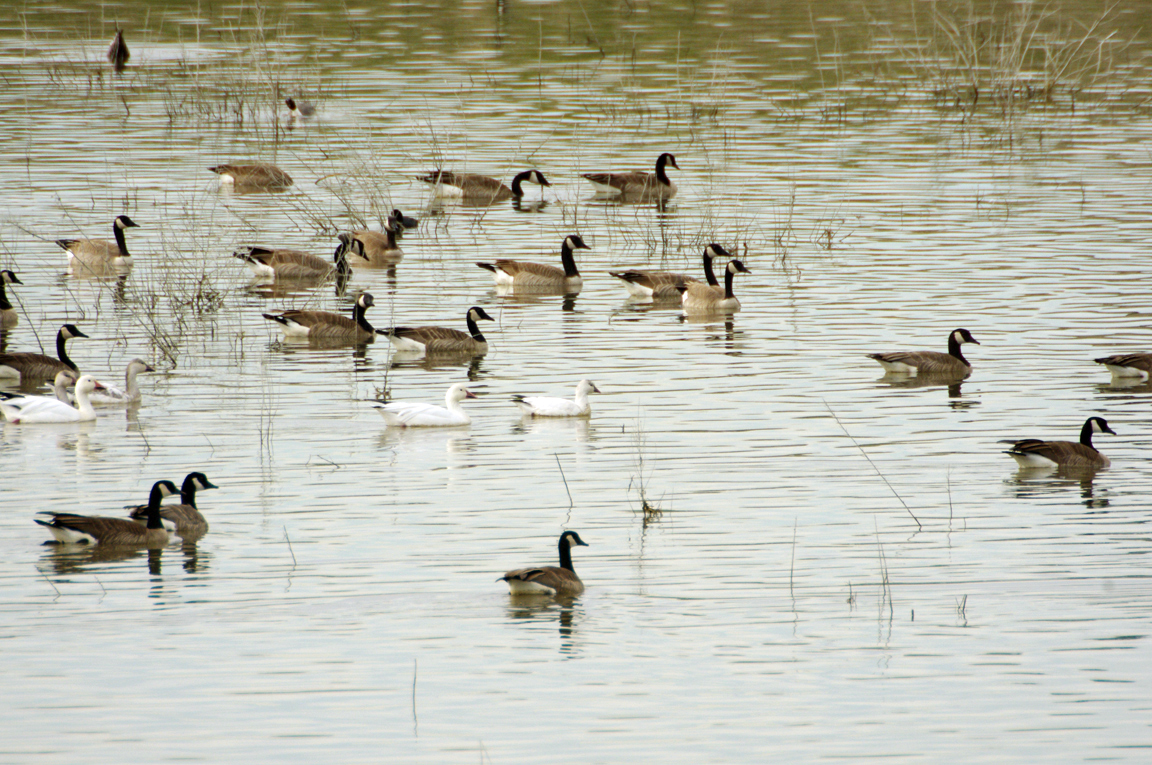 17 Juveniles and Adults swimming with some Canada Goose 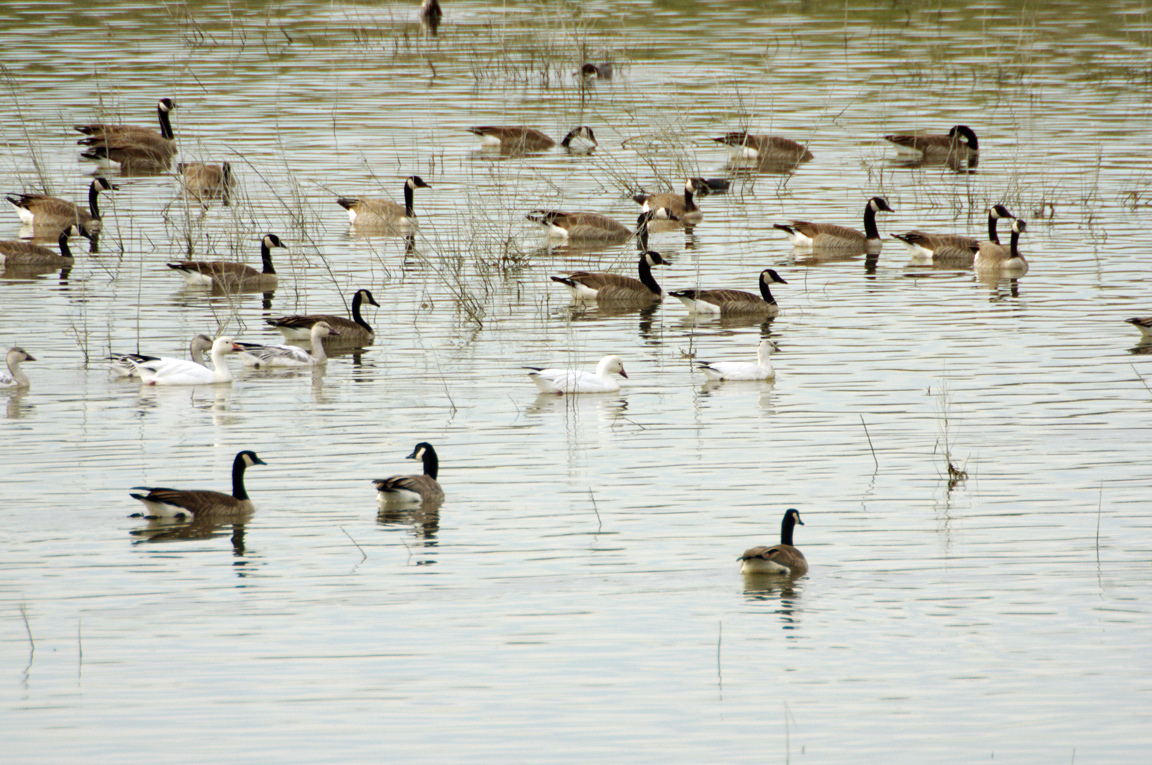 18 Juveniles and Adults swimming with some Canada Goose
Previous Next

A medium-sized goose that breeds on the arctic tundra, the Snow Goose travels south in very large, high-flying, noisy flocks. The swirling white of a descending flock suggests snow, but among the white birds are darker individuals. Until recently, the Blue Geese, as the dark birds were called, were considered a separate species. They are now recognized as merely a dark form (or "morph") of the Snow Goose. 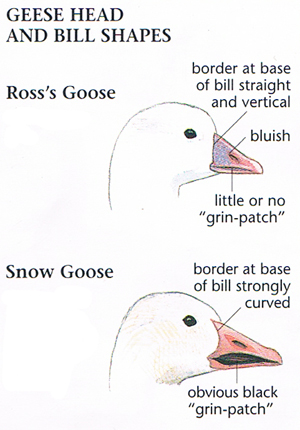 Up close and personal on land