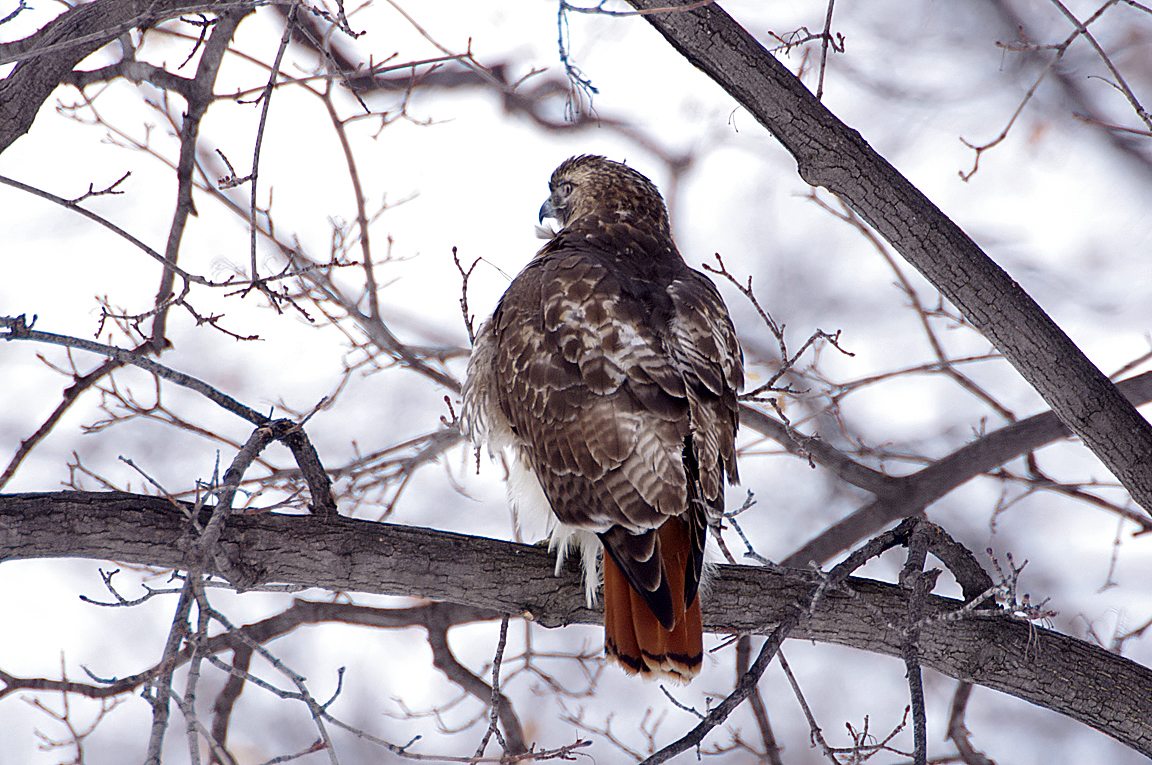 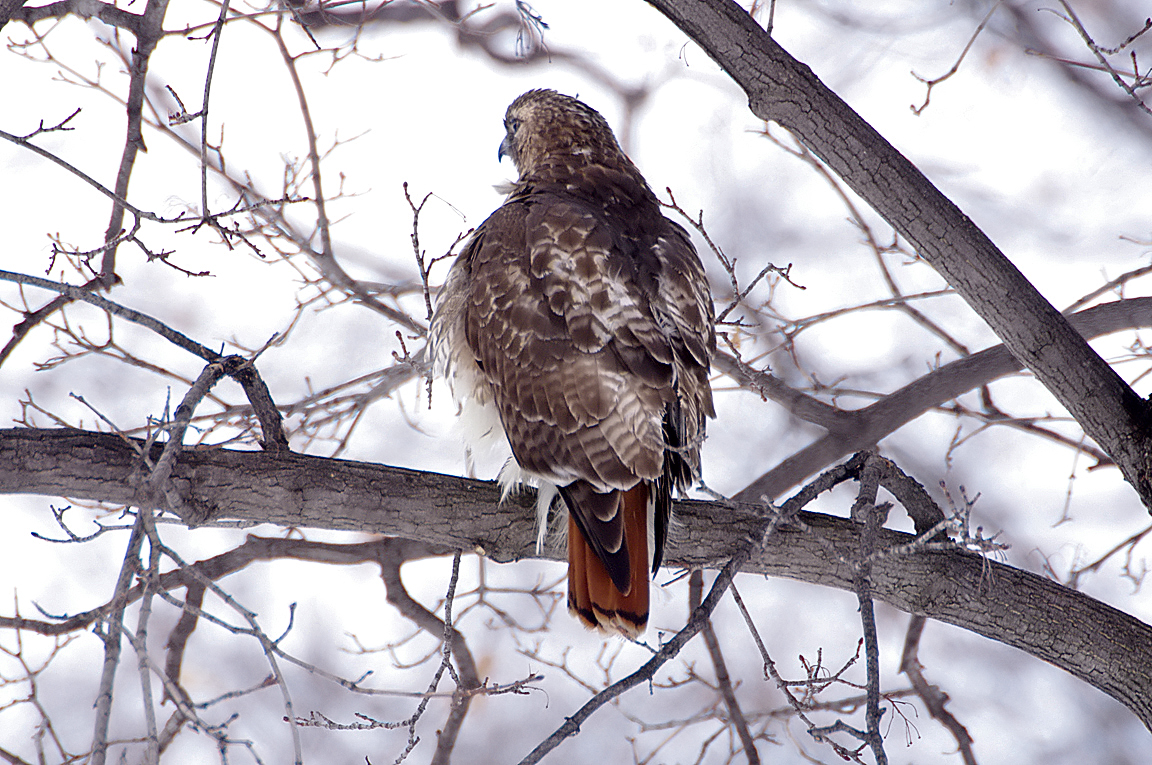 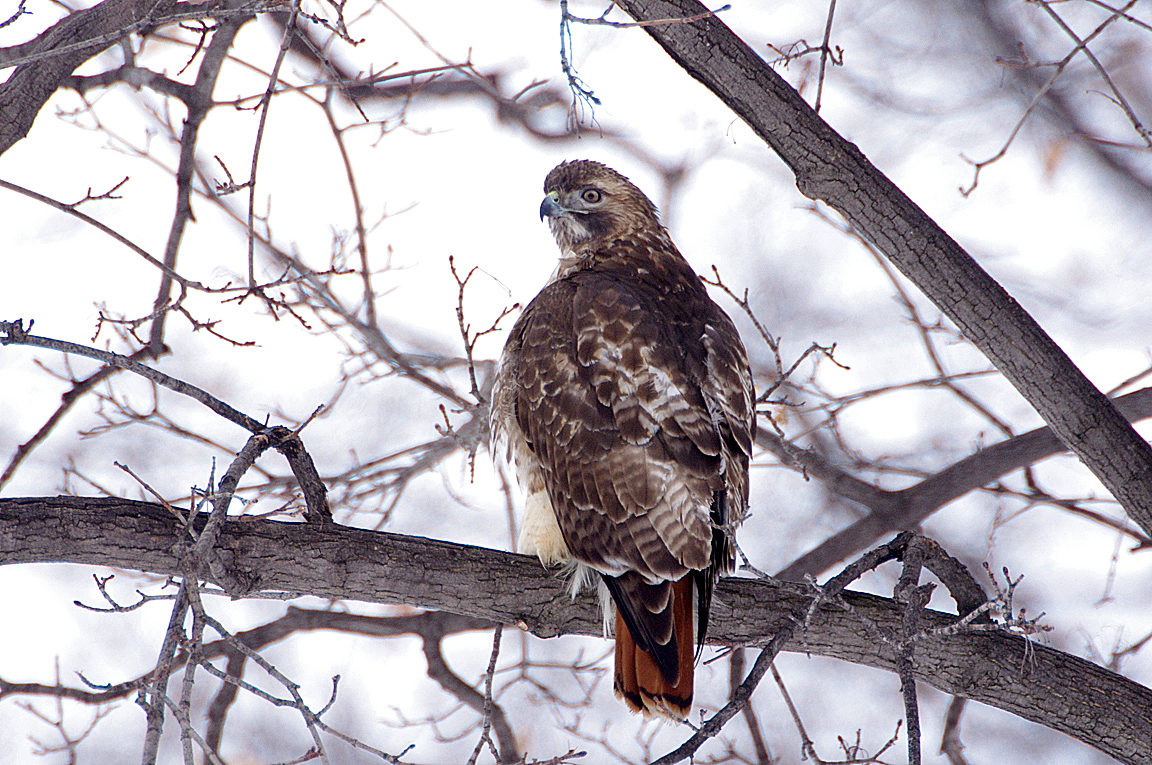 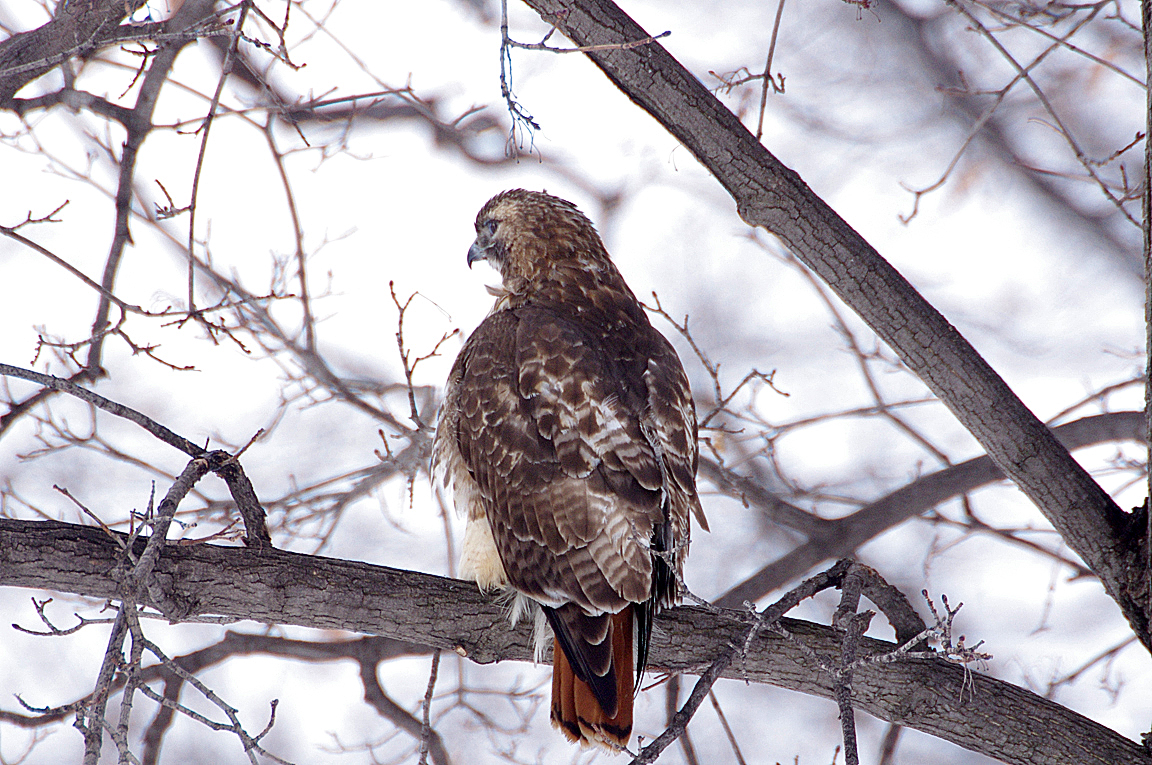 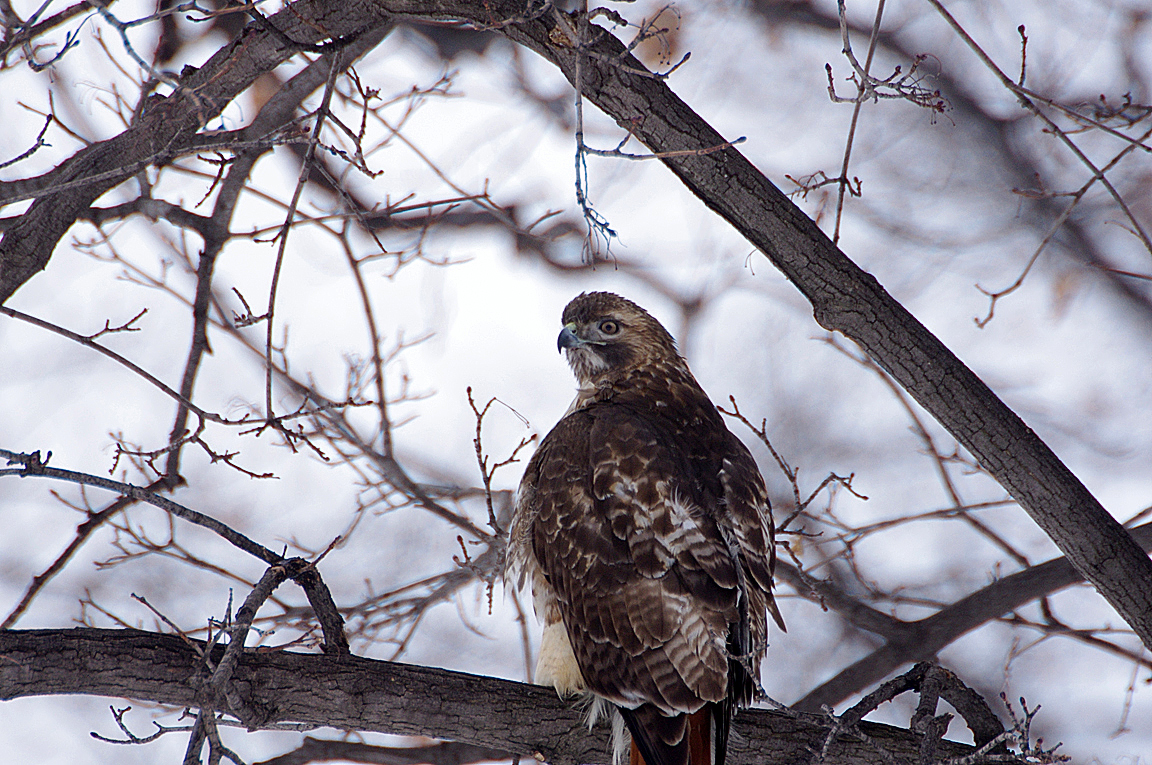 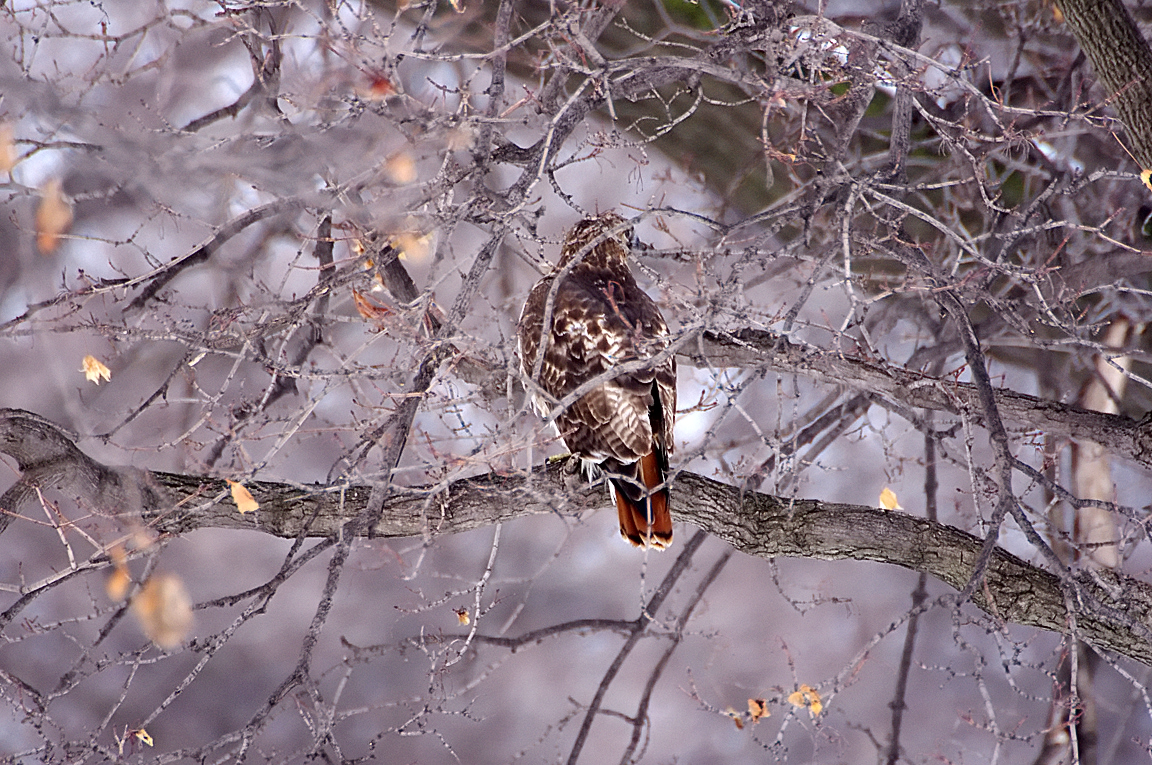 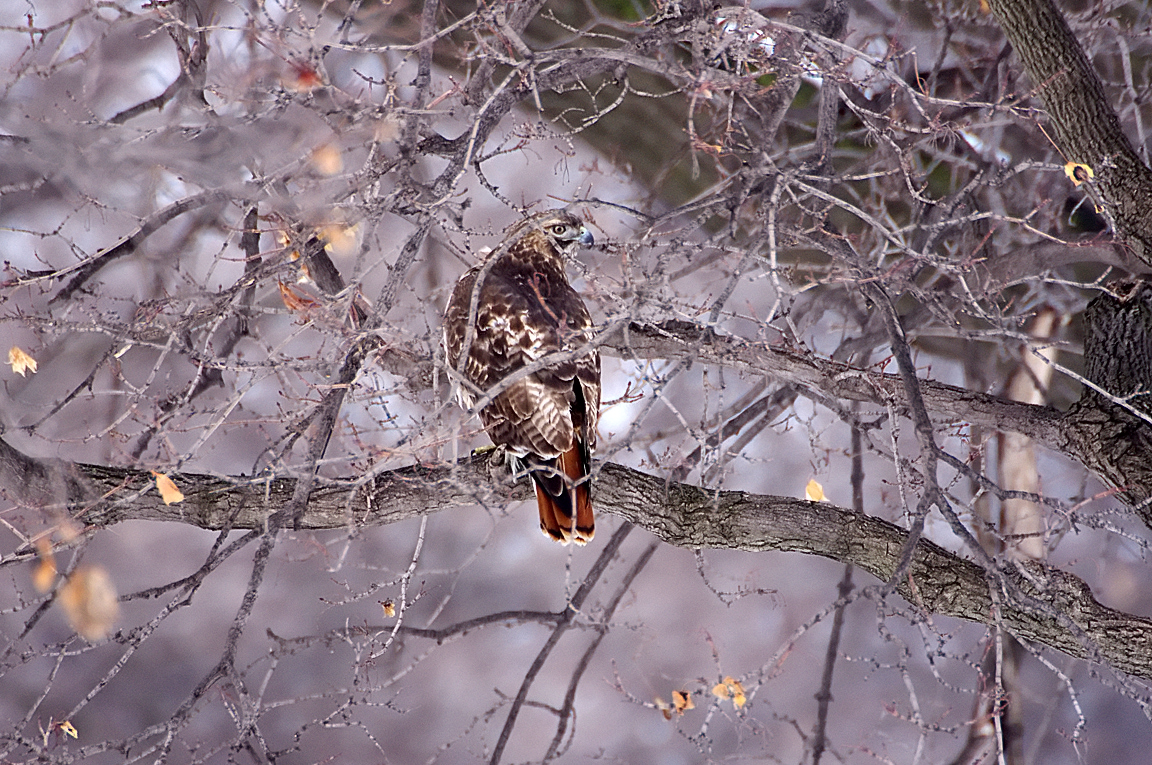 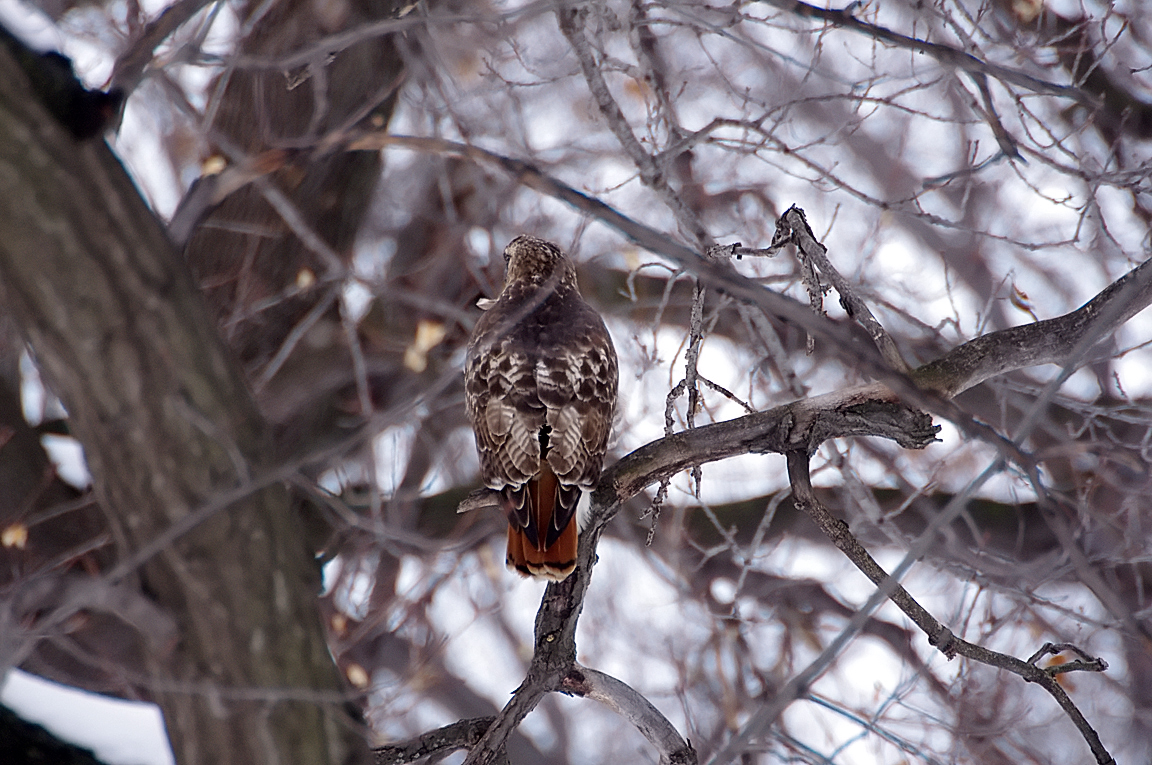 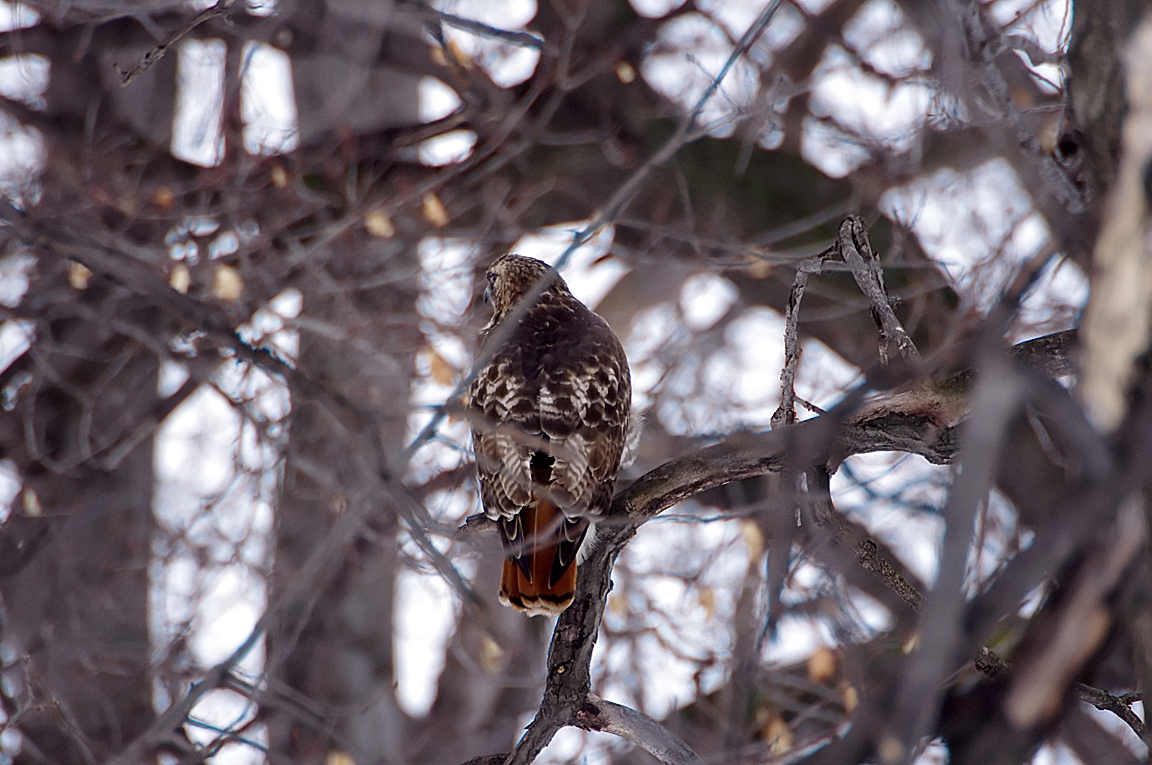 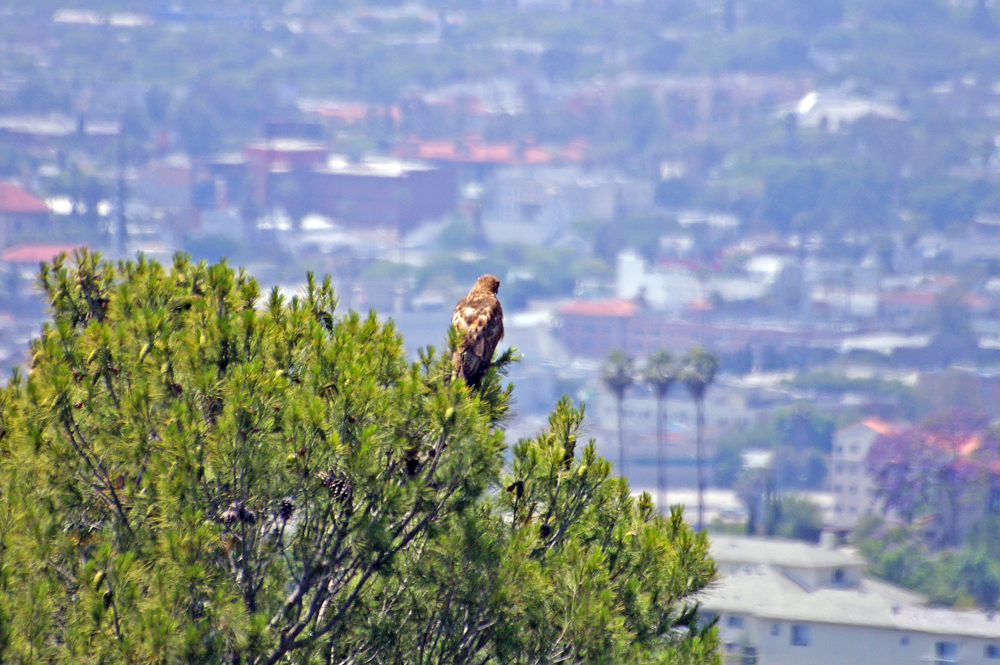 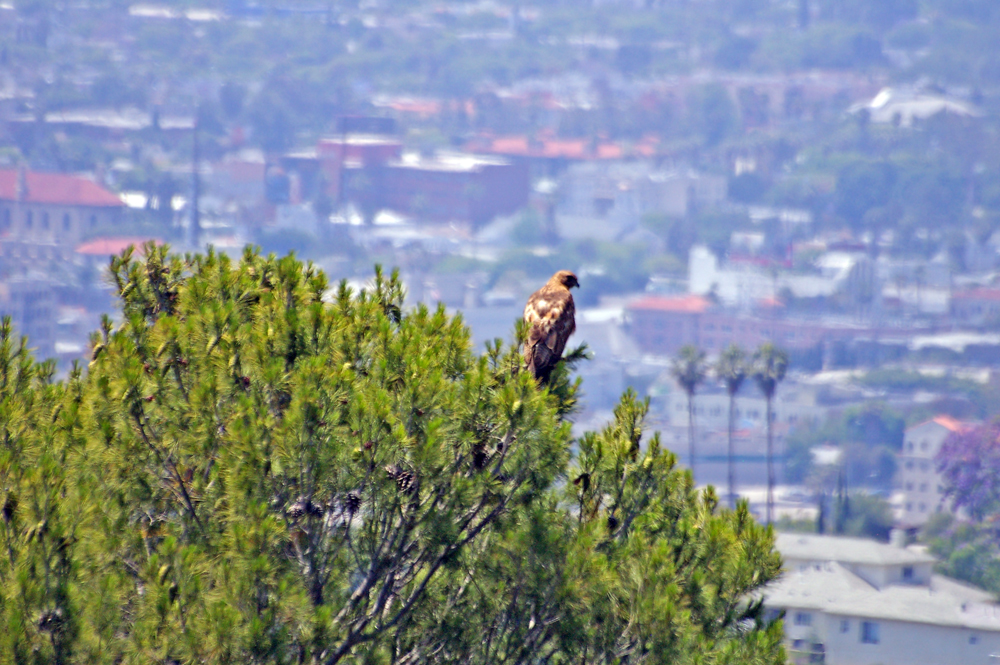 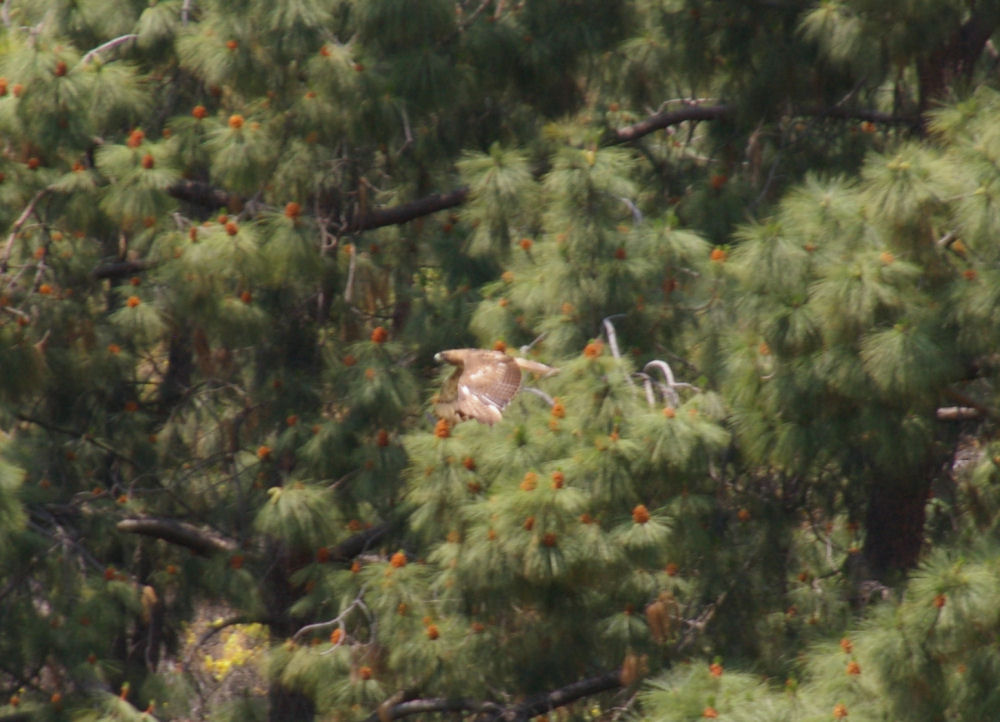 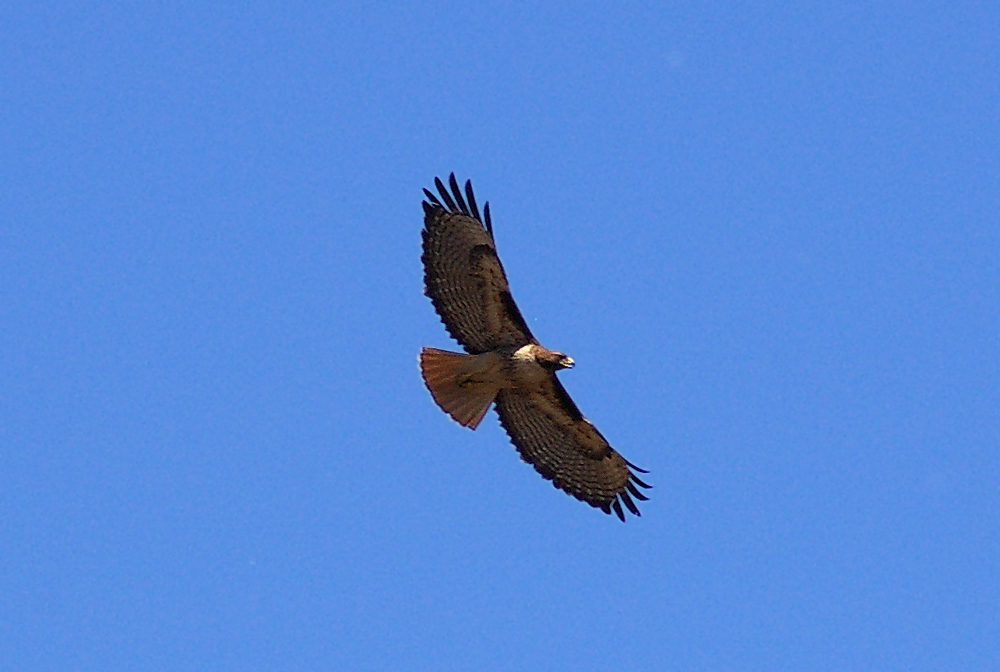 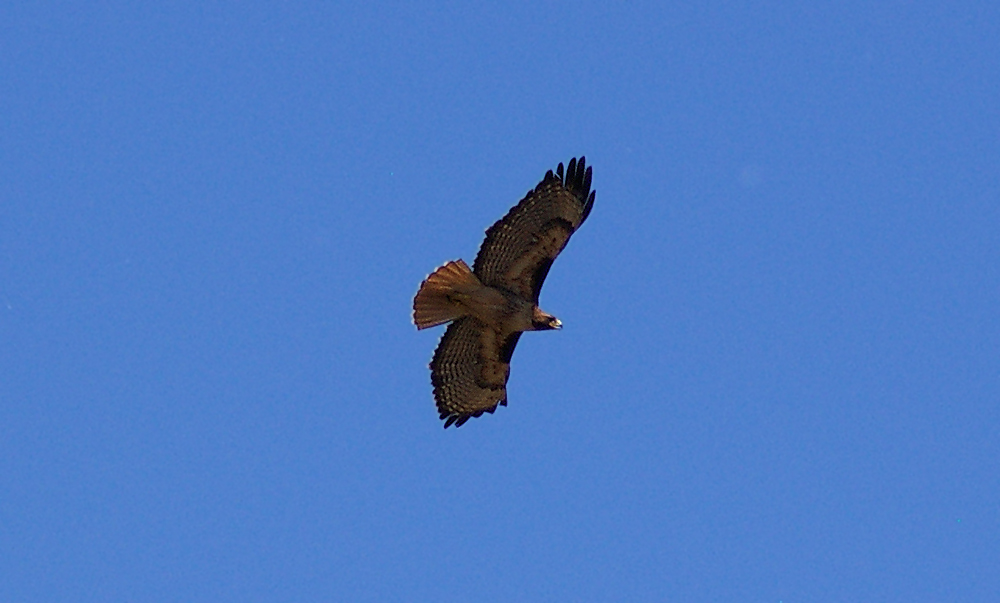 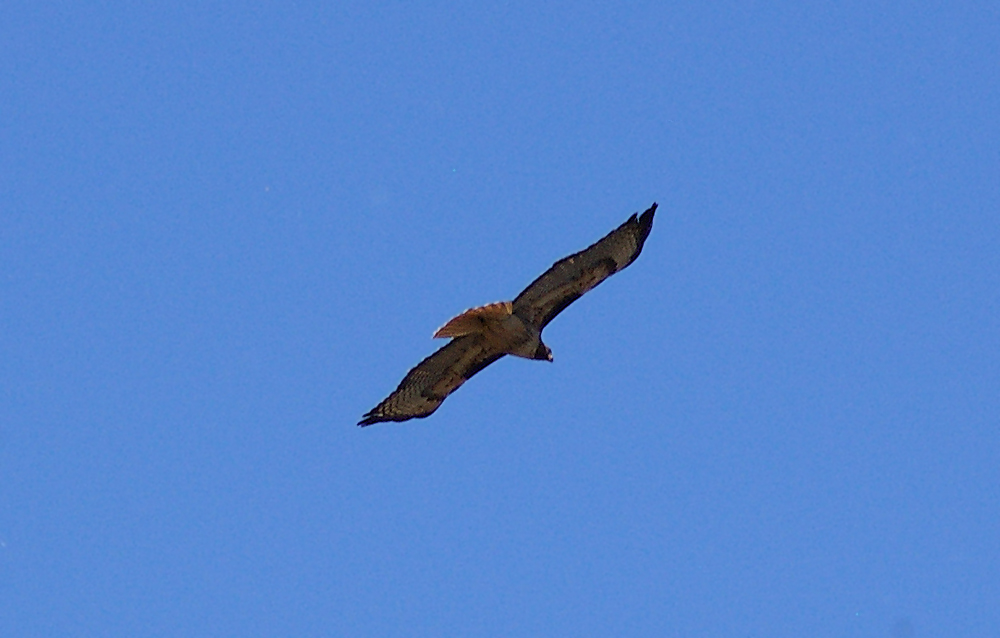 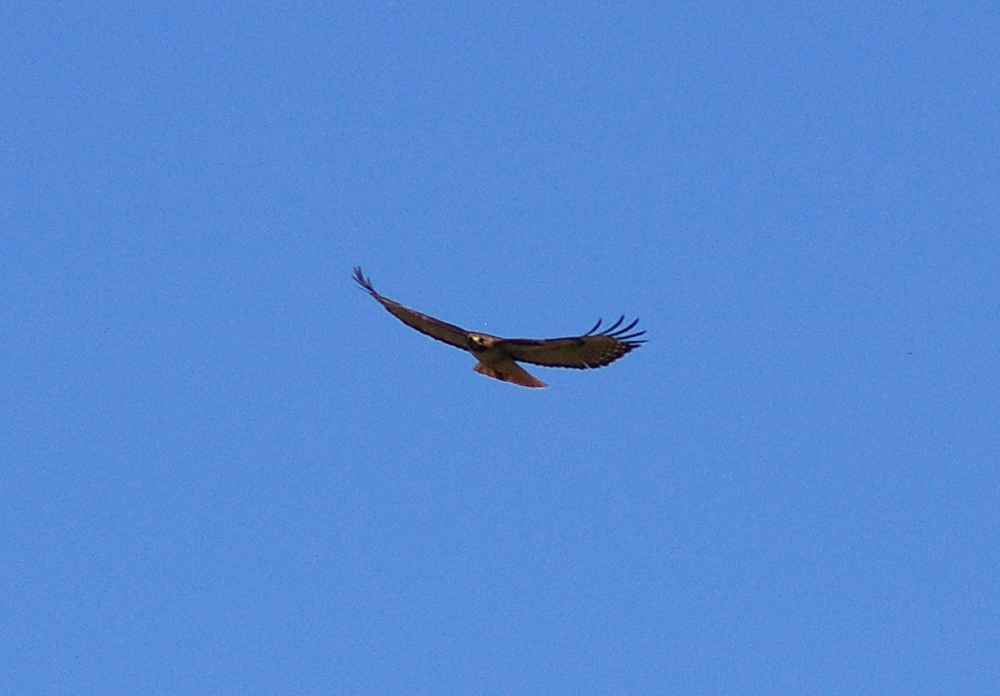 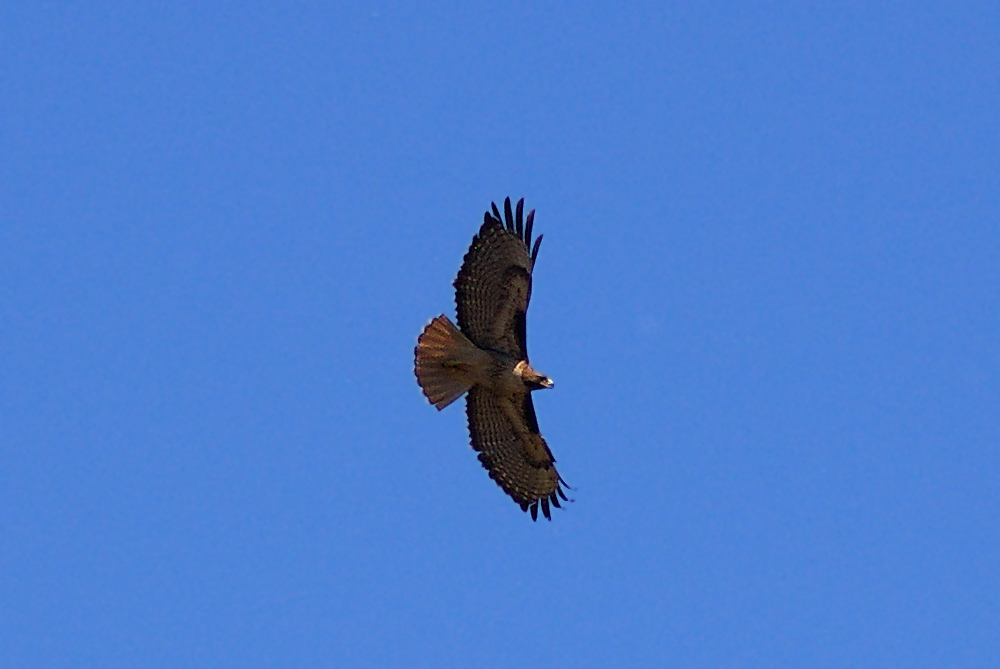 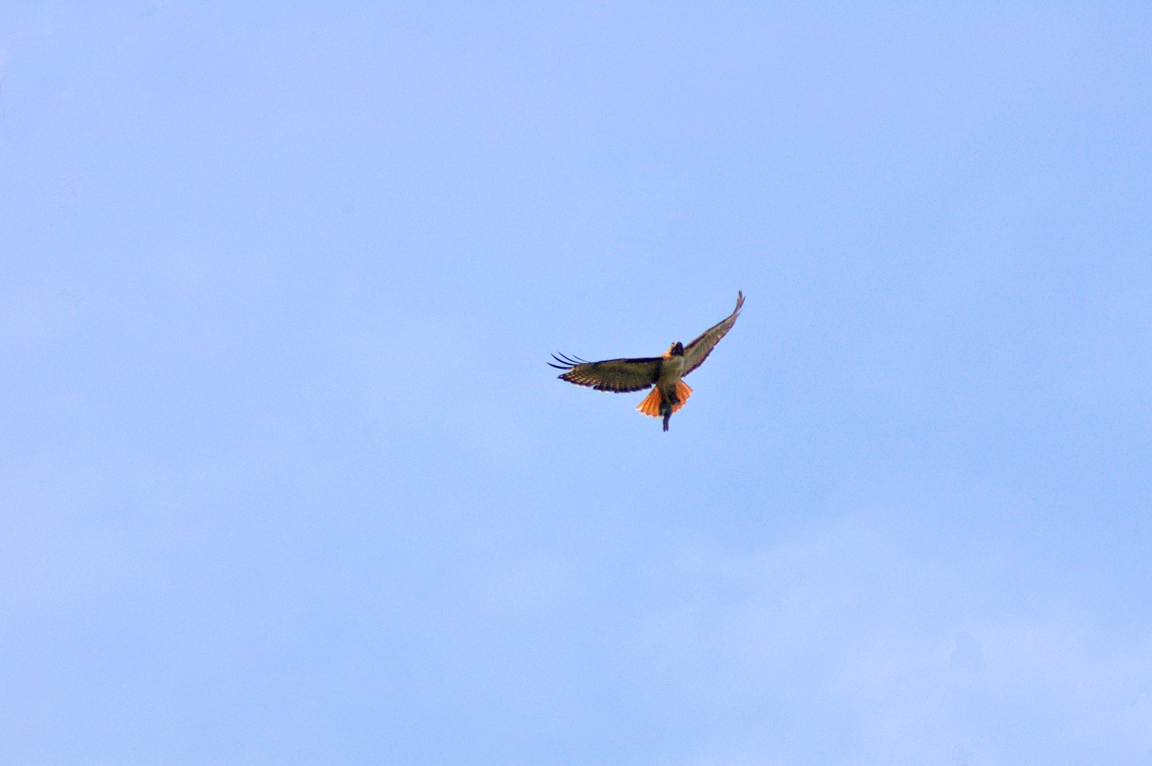 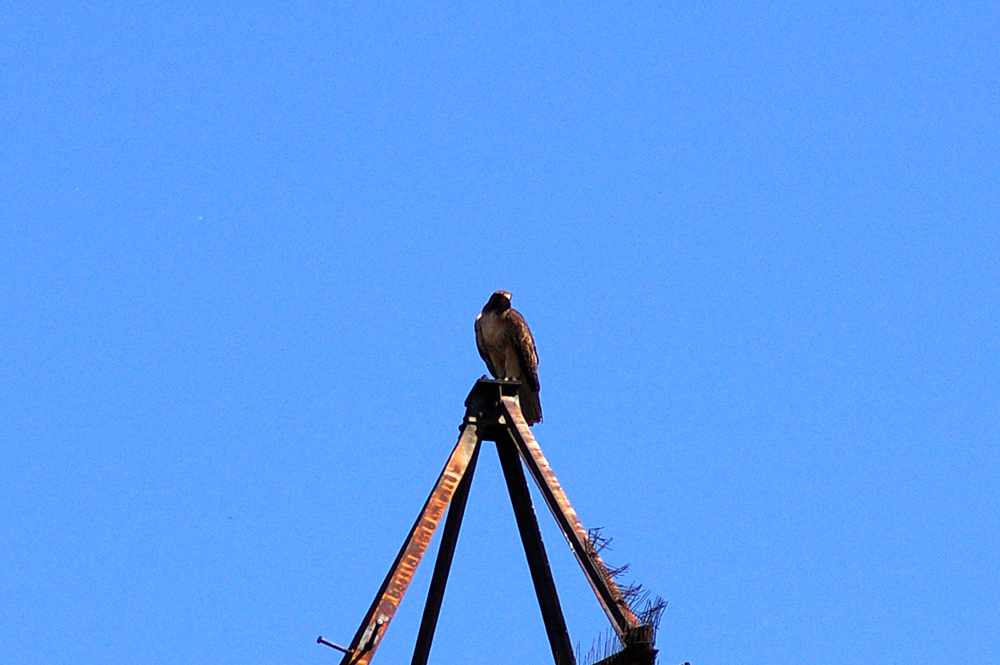 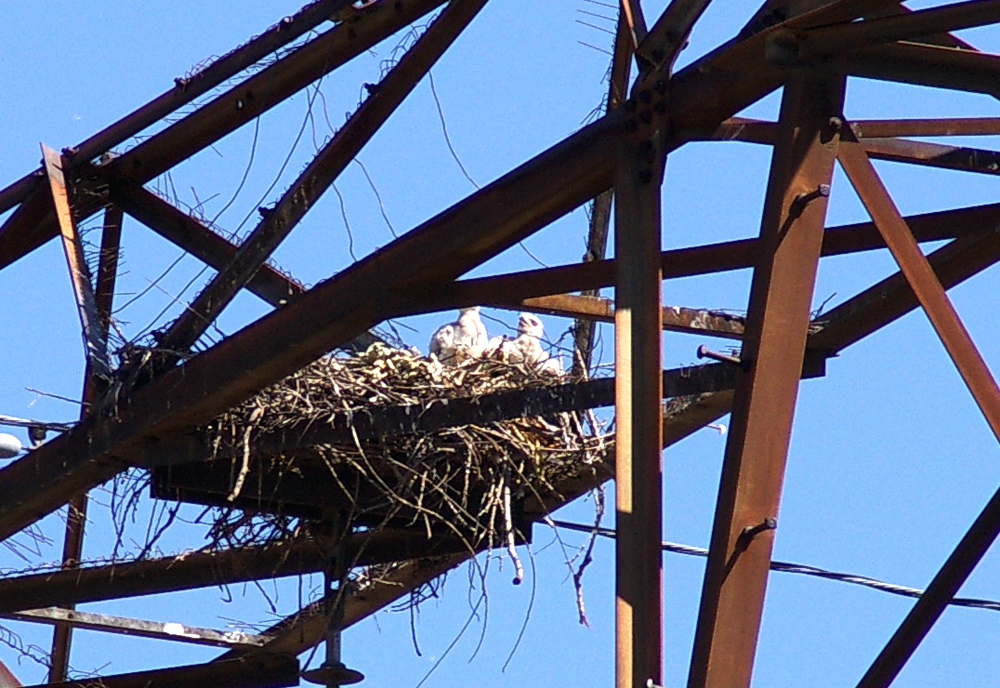 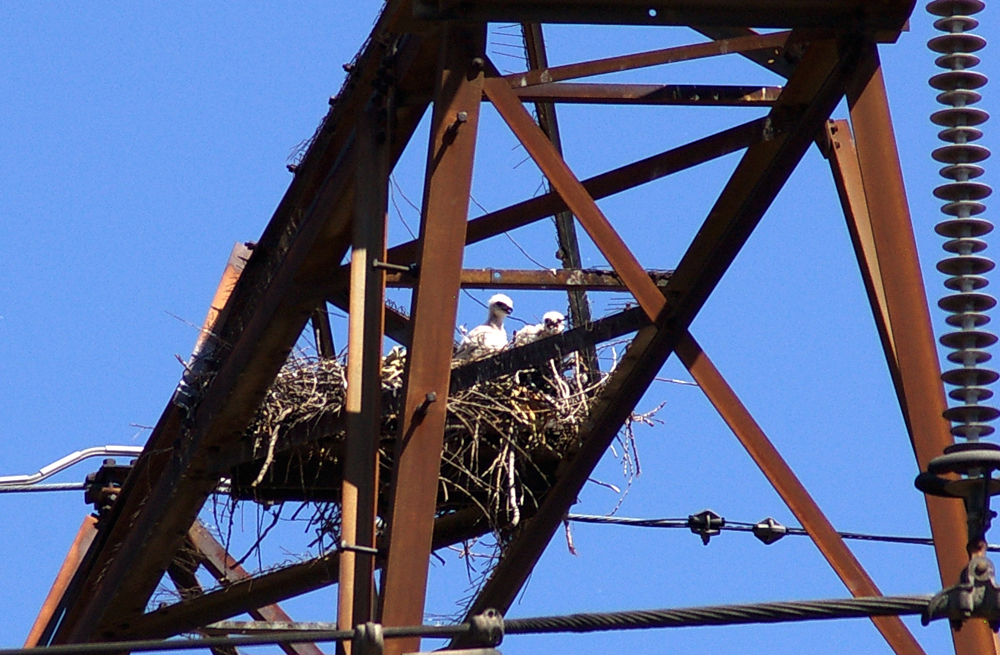 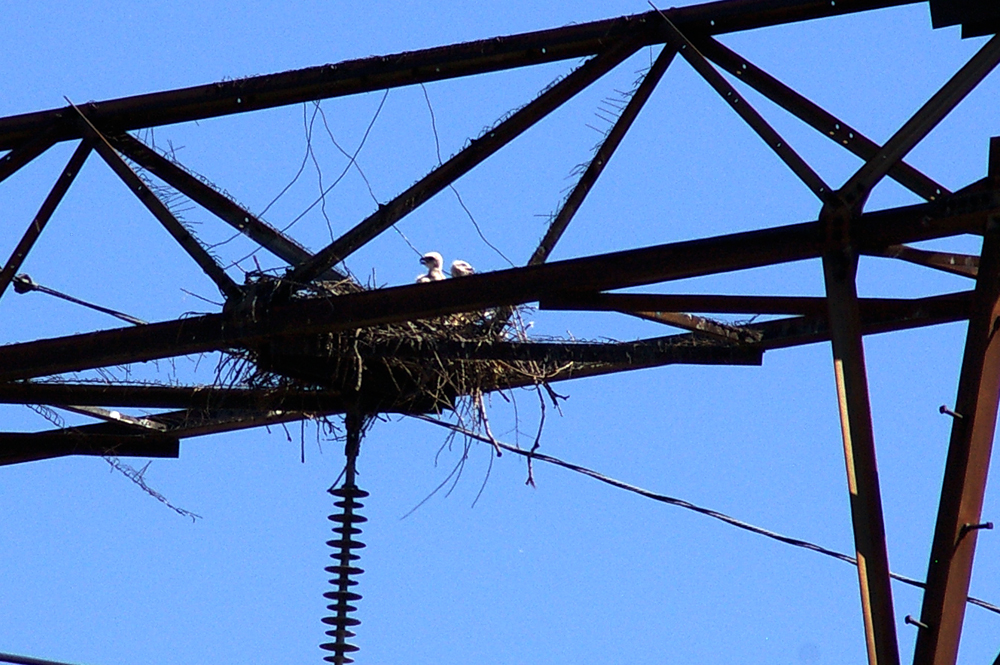 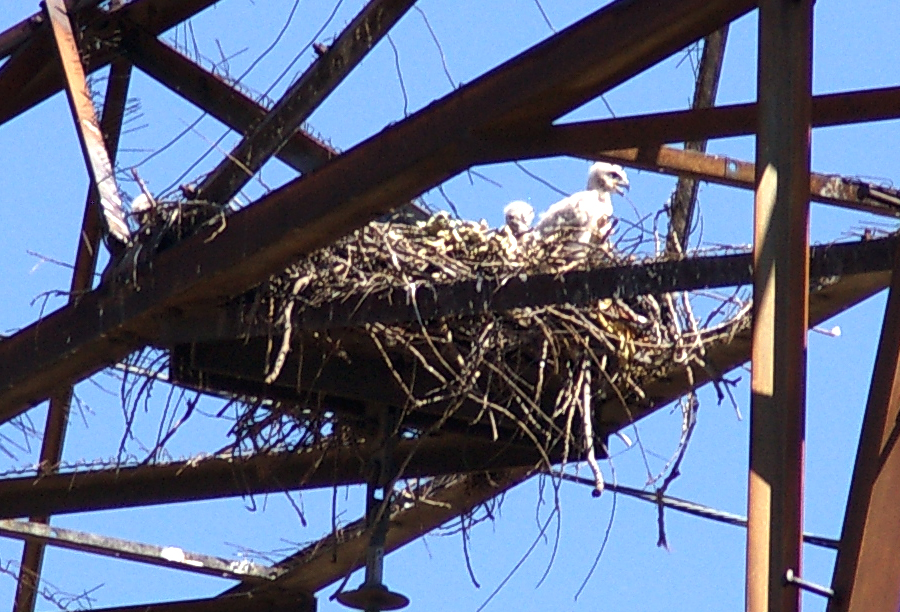 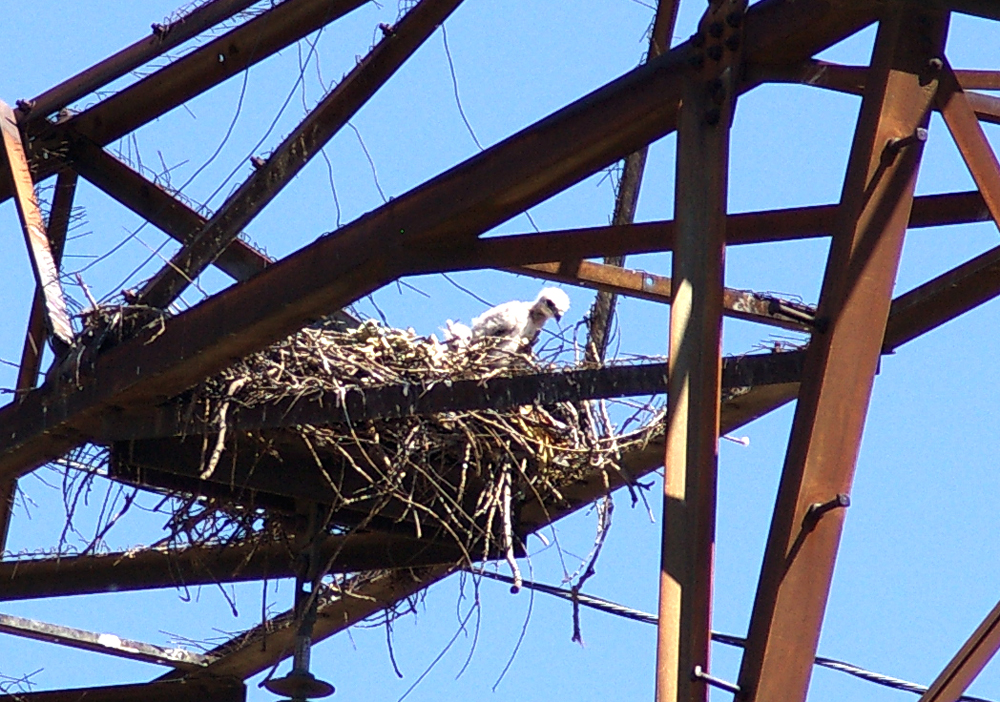 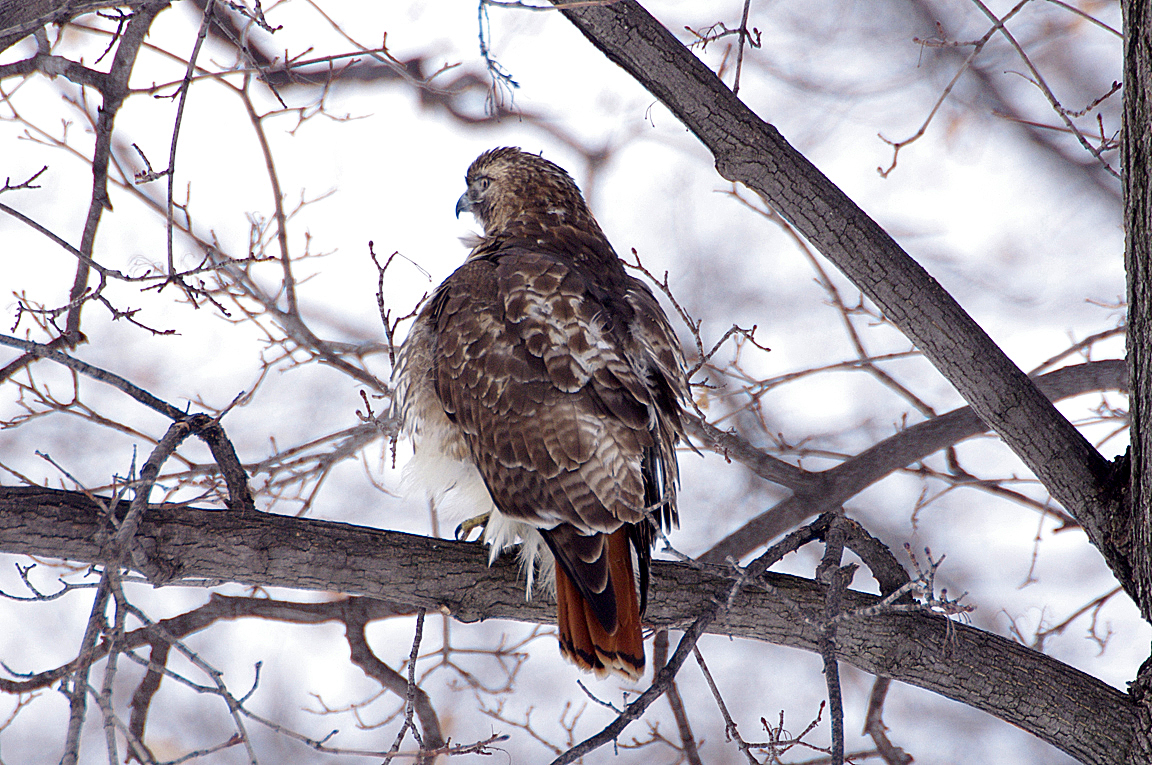 The most common and widespread hawk in North America, the Red-tailed Hawk is a bird of open country. It is frequently seen sitting on utility poles where it watches for rodents in the grass along the roadside.

Dark form: Dark brown all over. May be rufous on chest. Tail red on top. In flight, front of wings dark, flight feathers pale, with dark trailing edge.

"Harlan's Hawk" is a dark form without red on tail.

Juvenile similar to adult, but more streaked, and has brown tail with several dark bars across it. 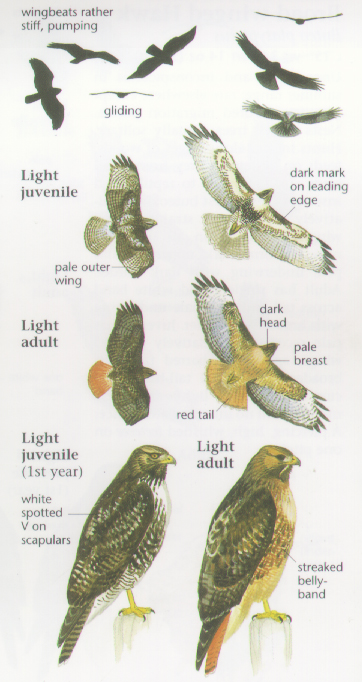