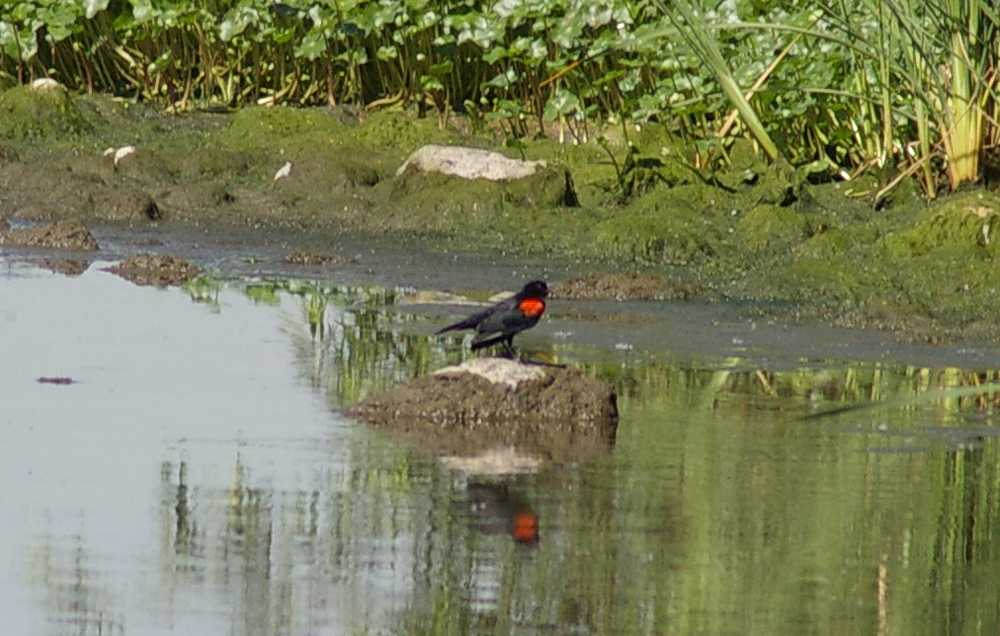 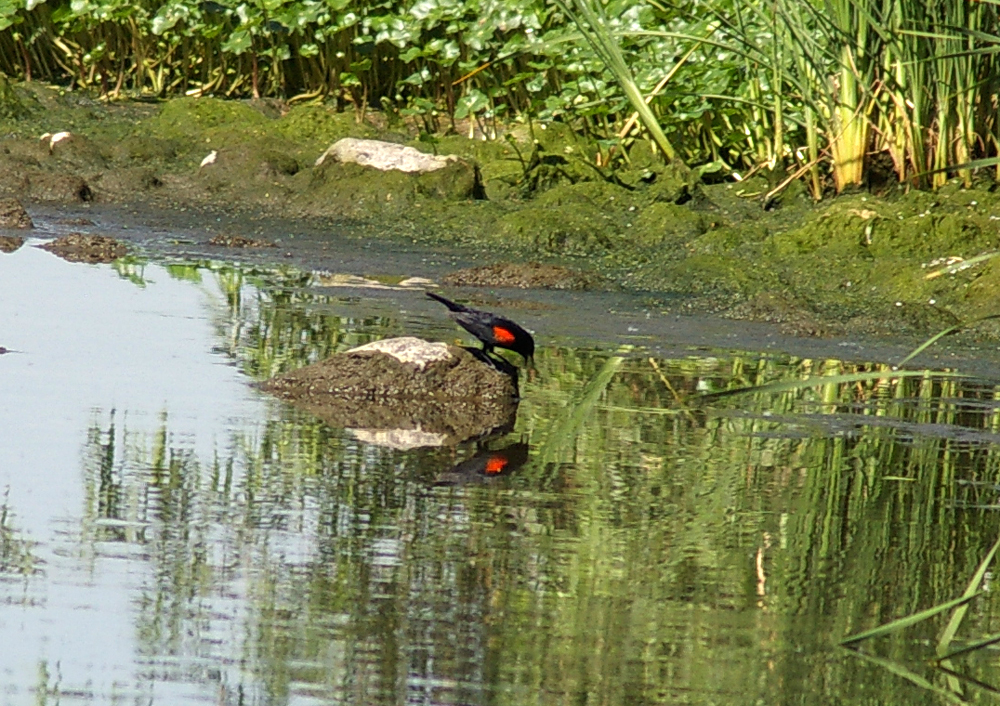 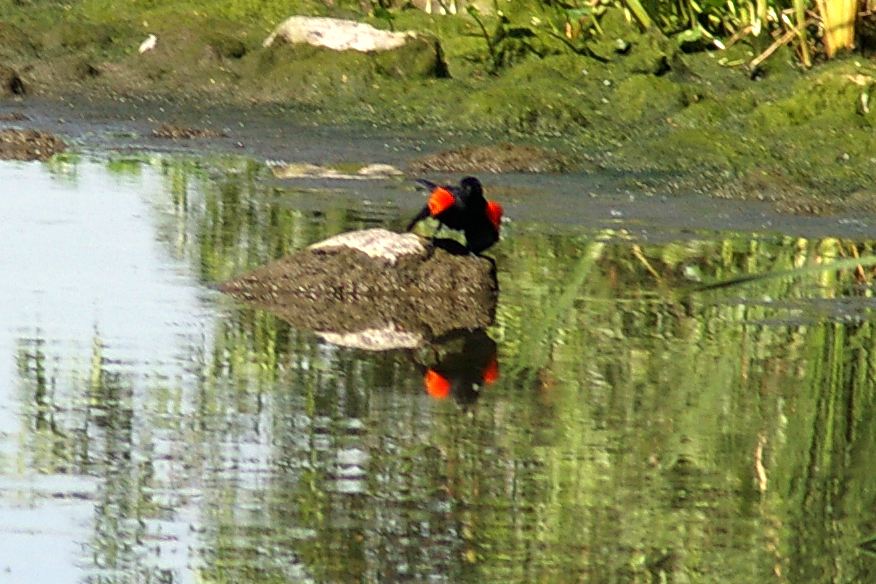 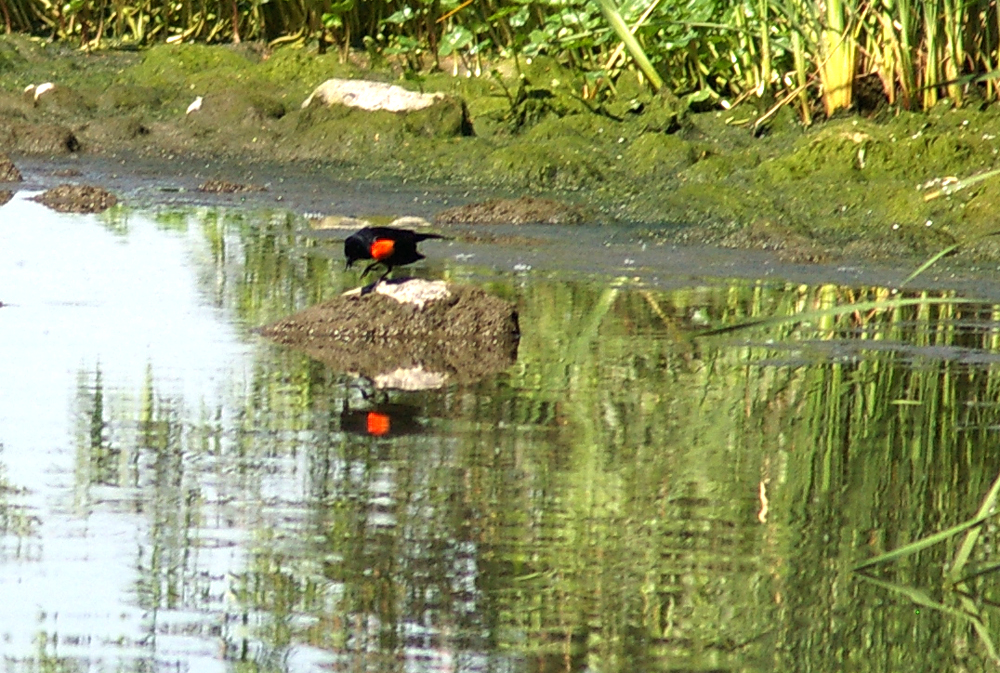 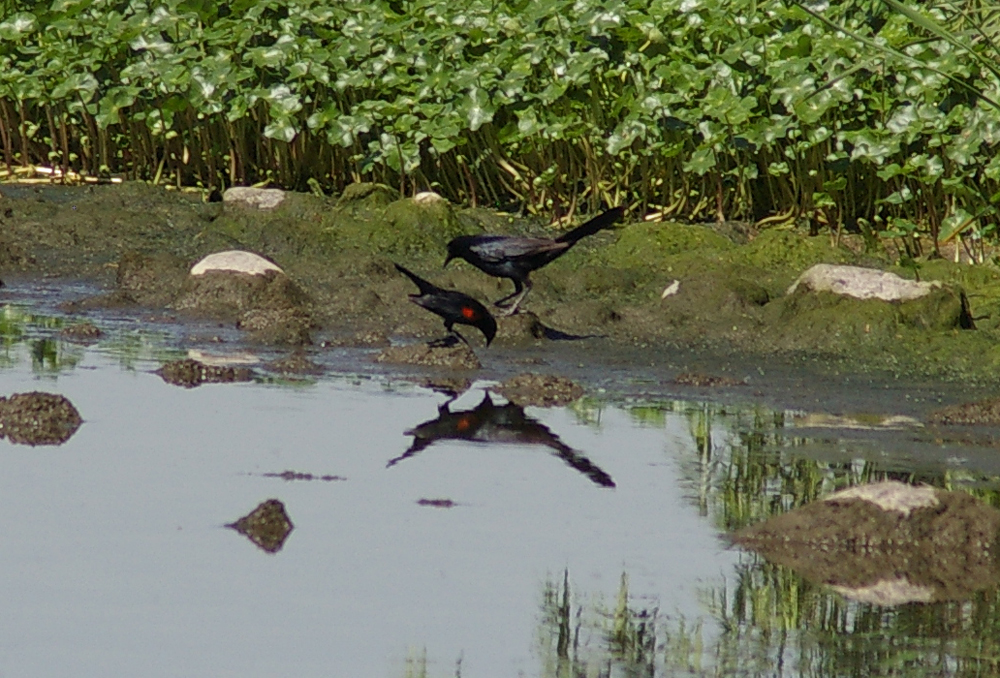 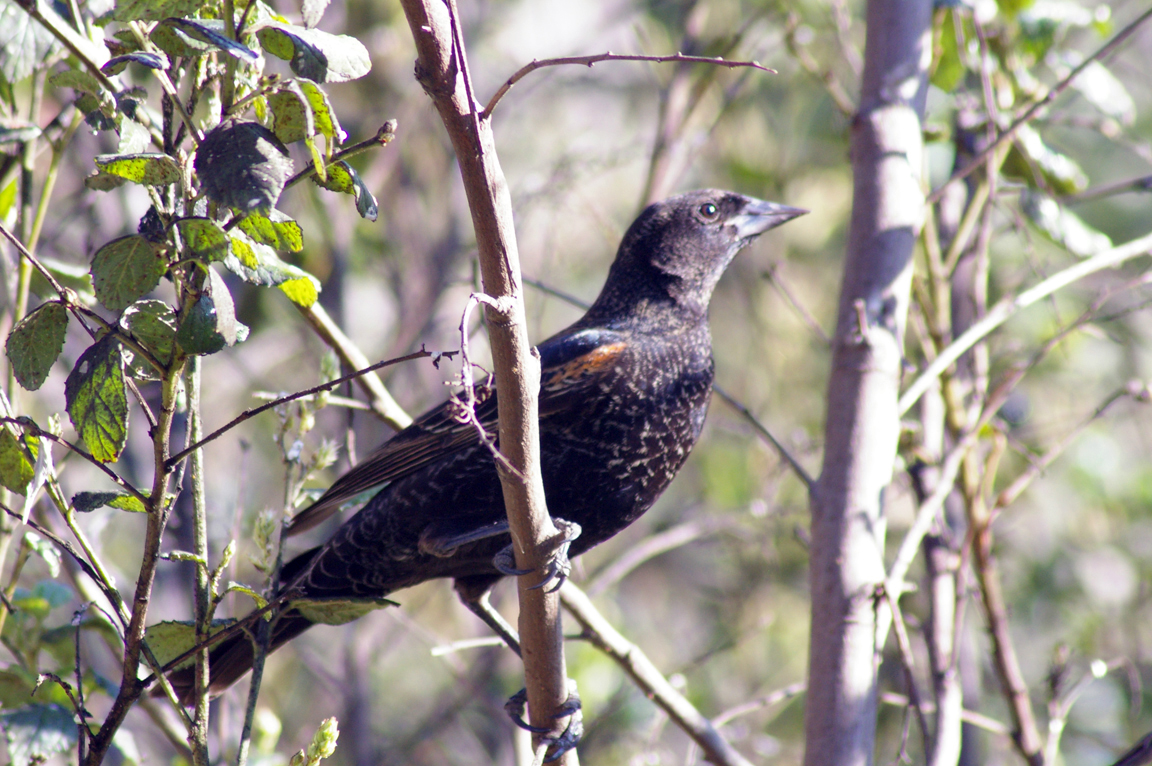 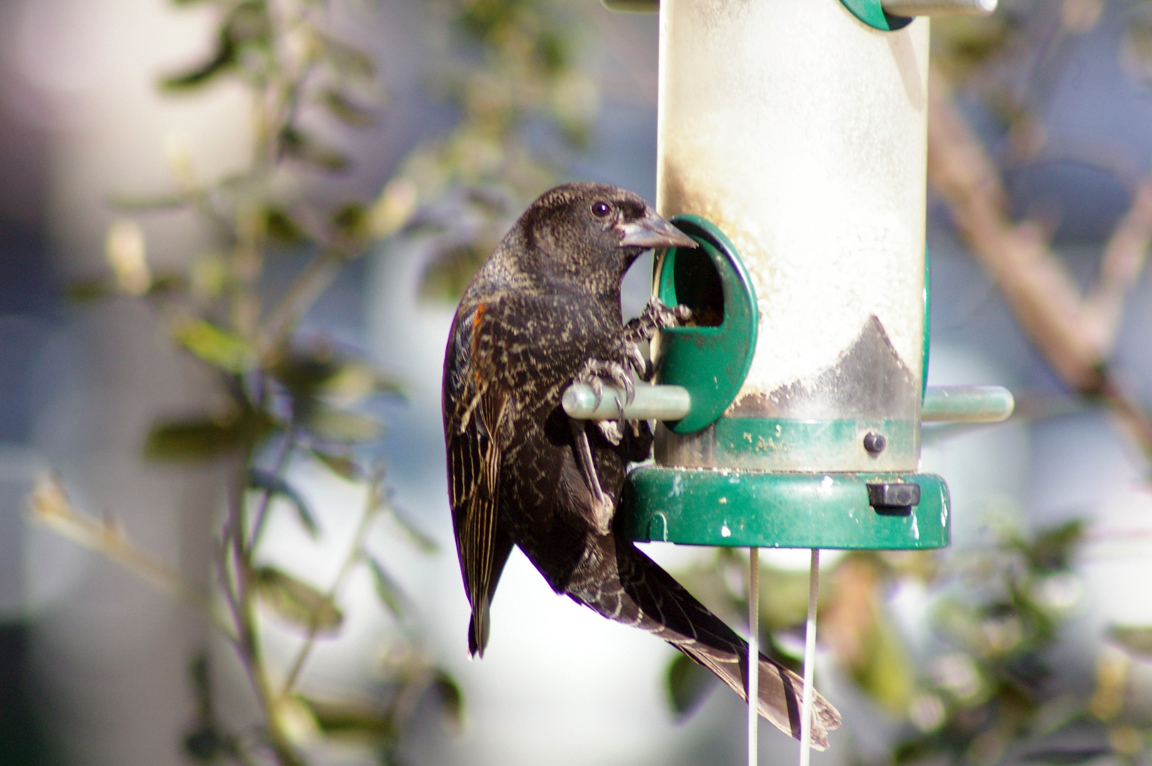 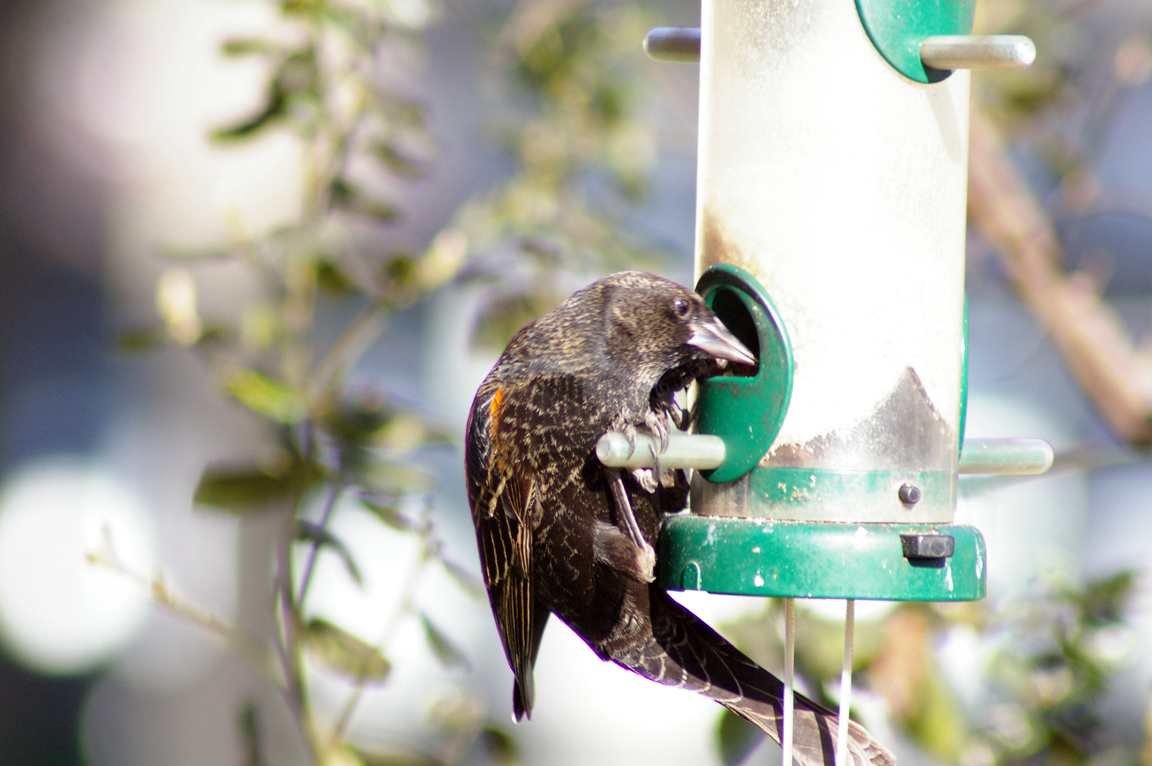 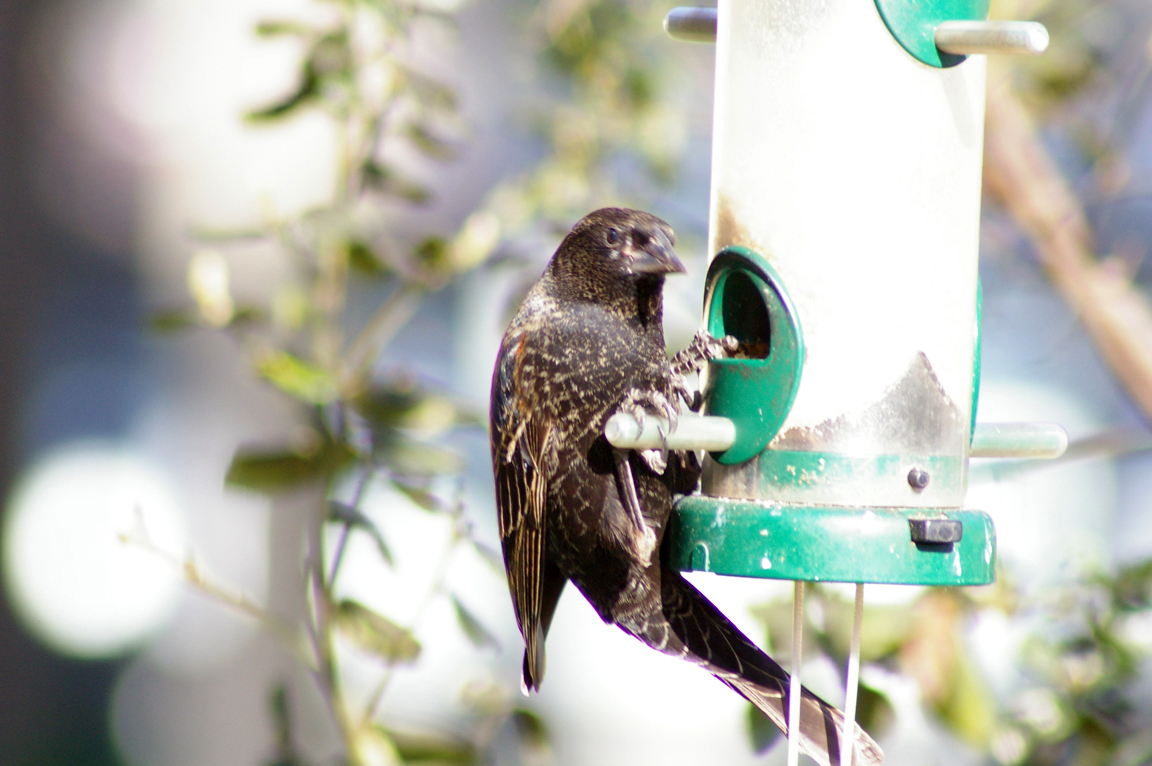 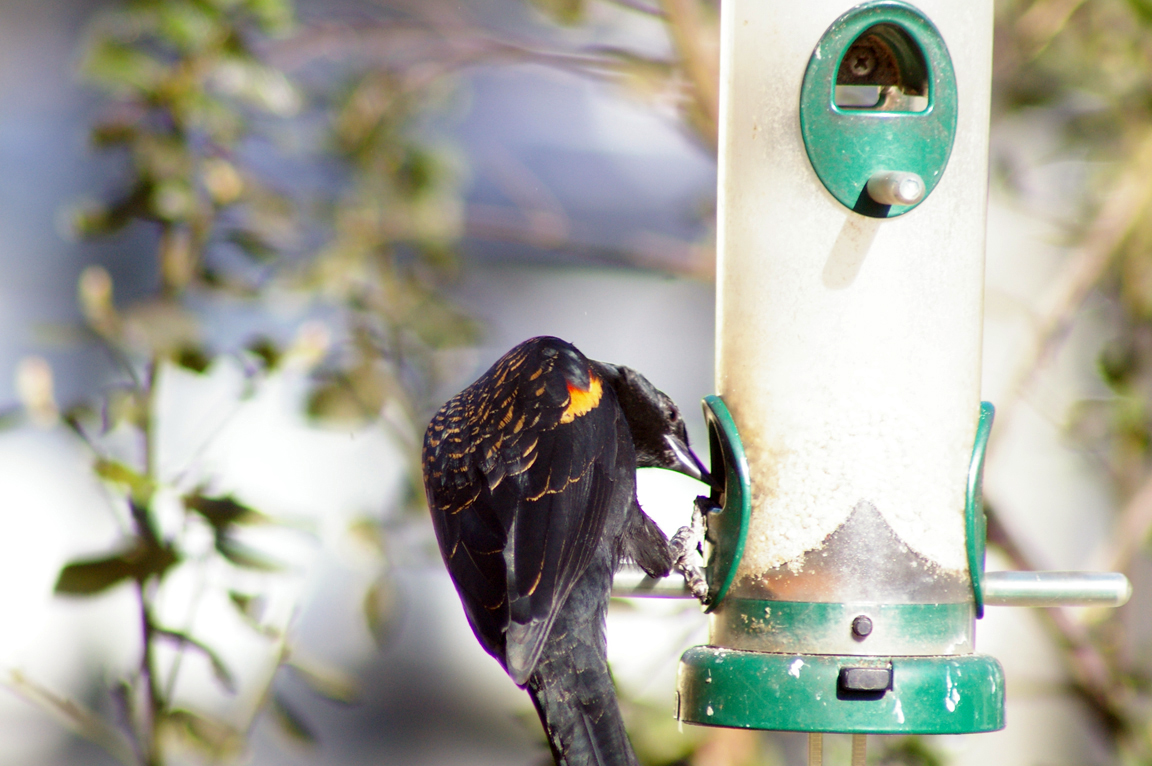 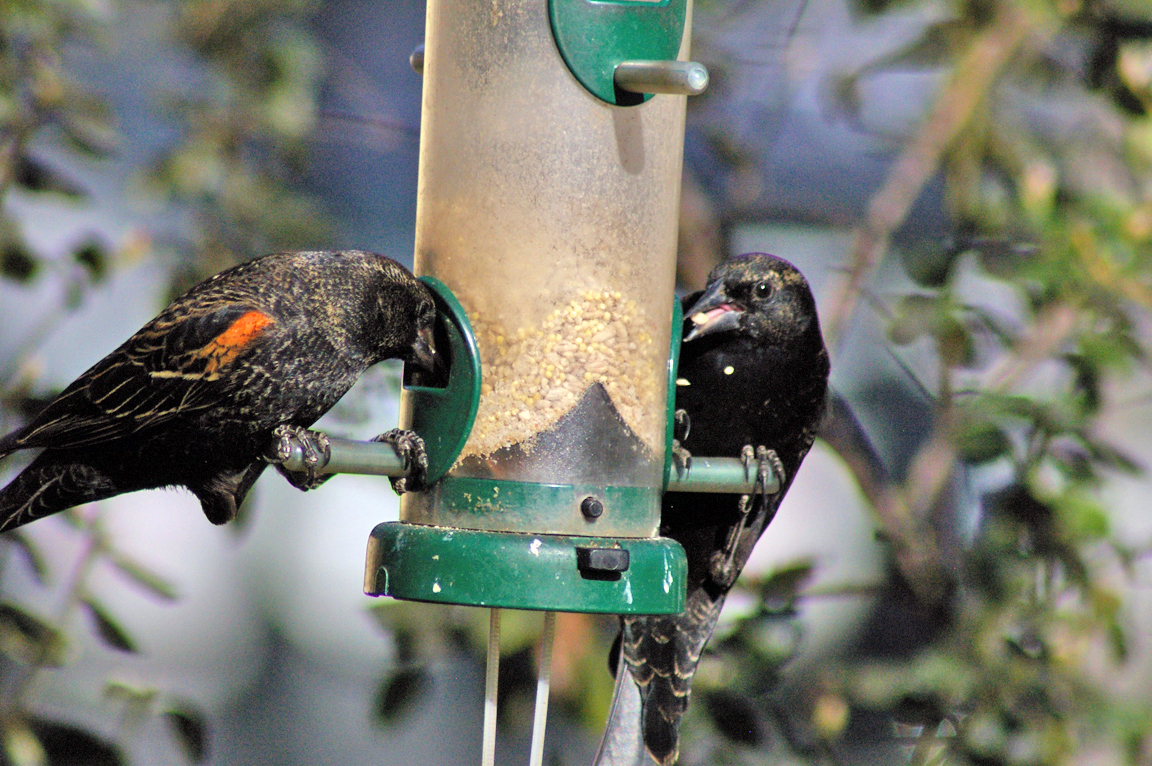 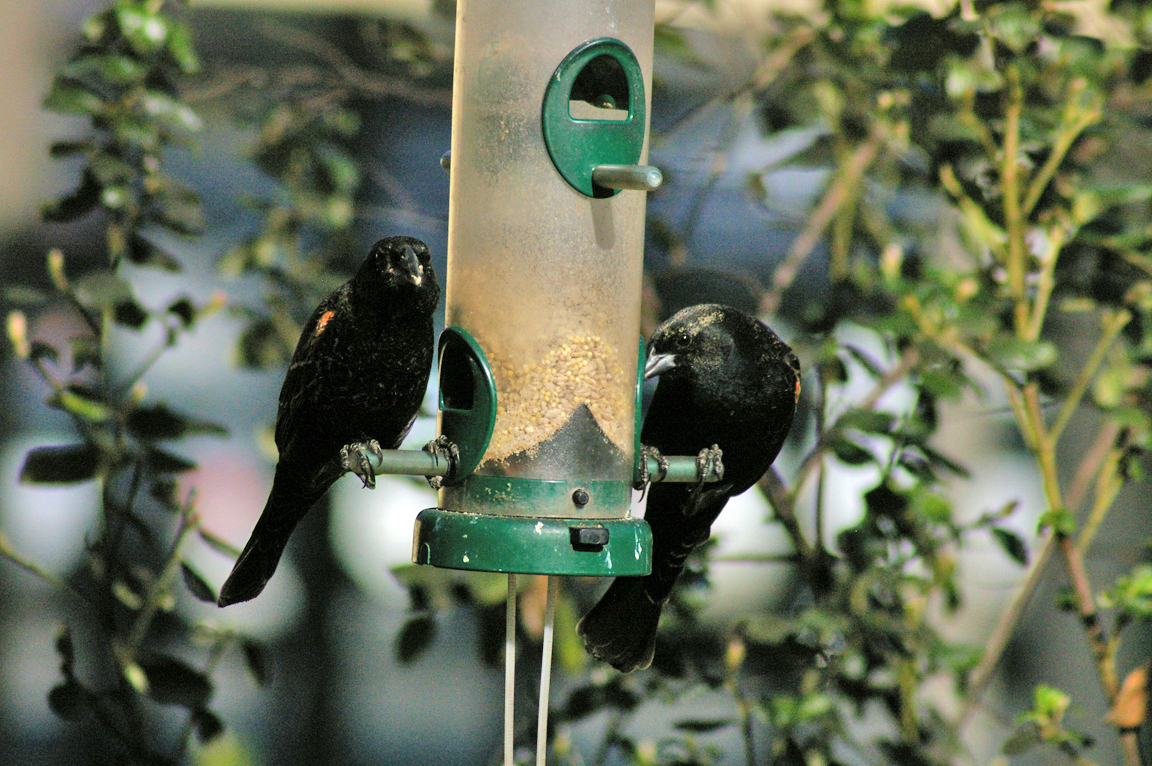 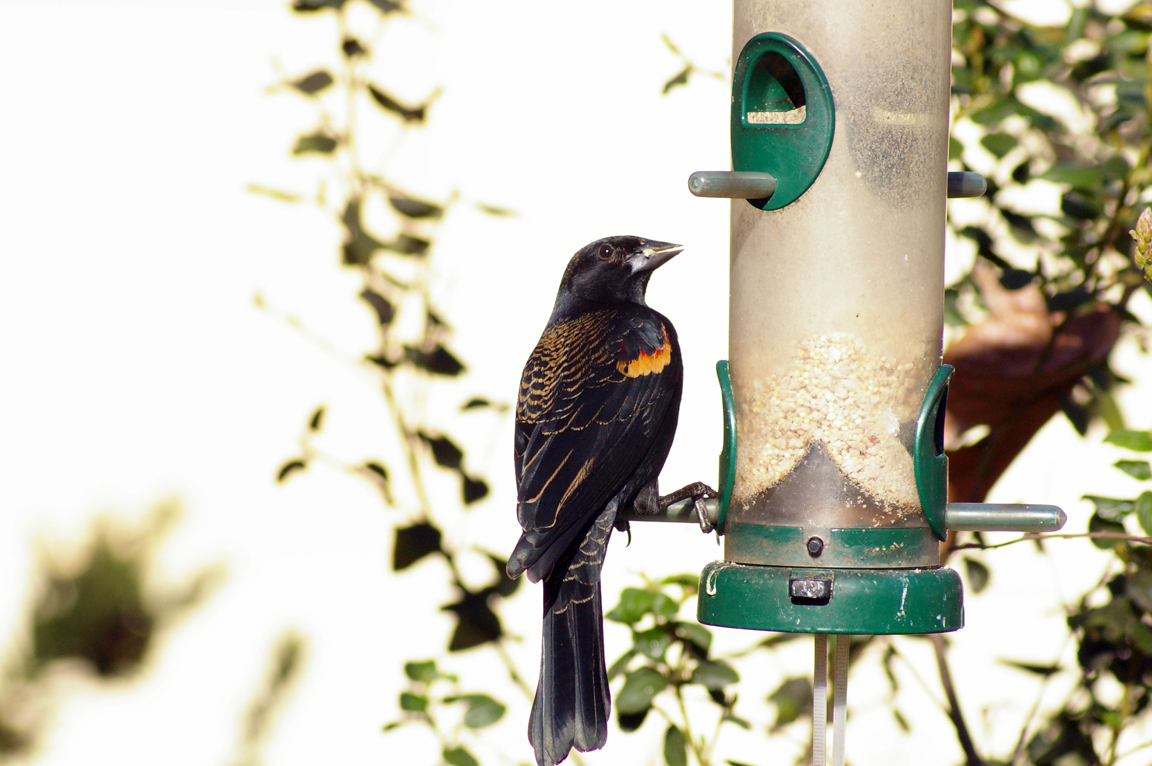 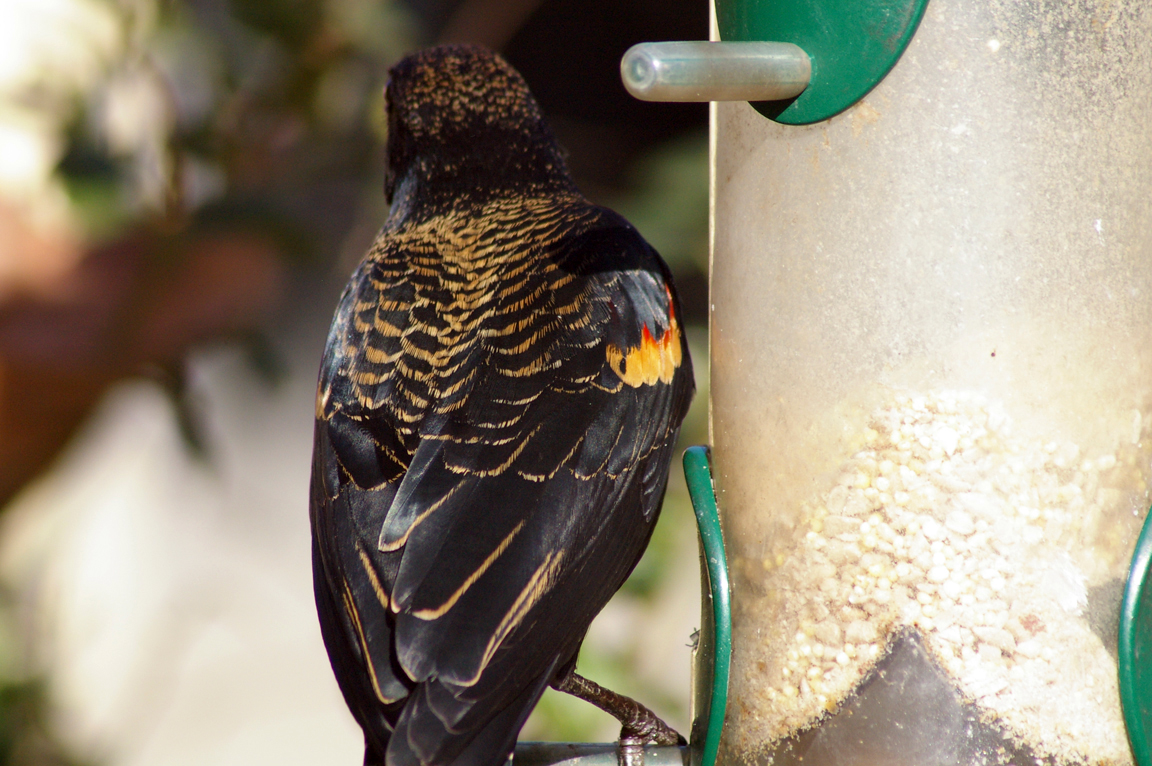 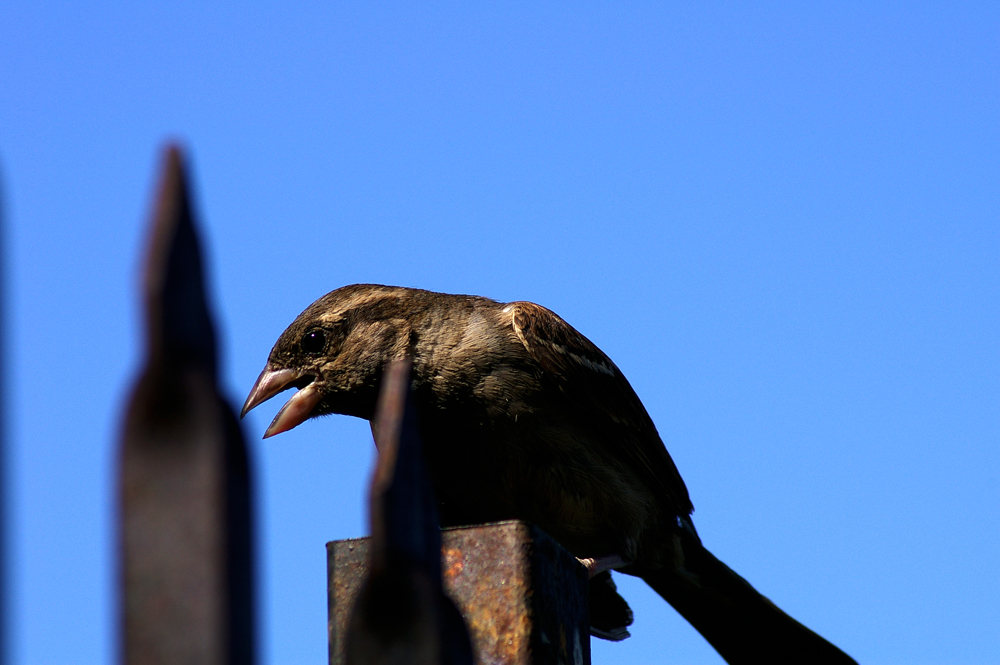 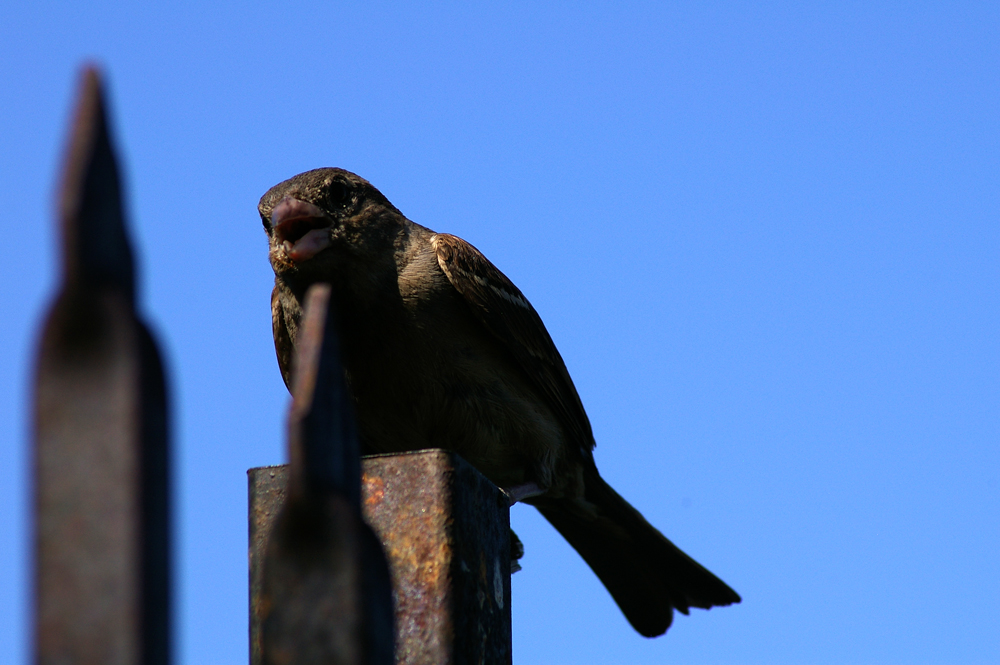 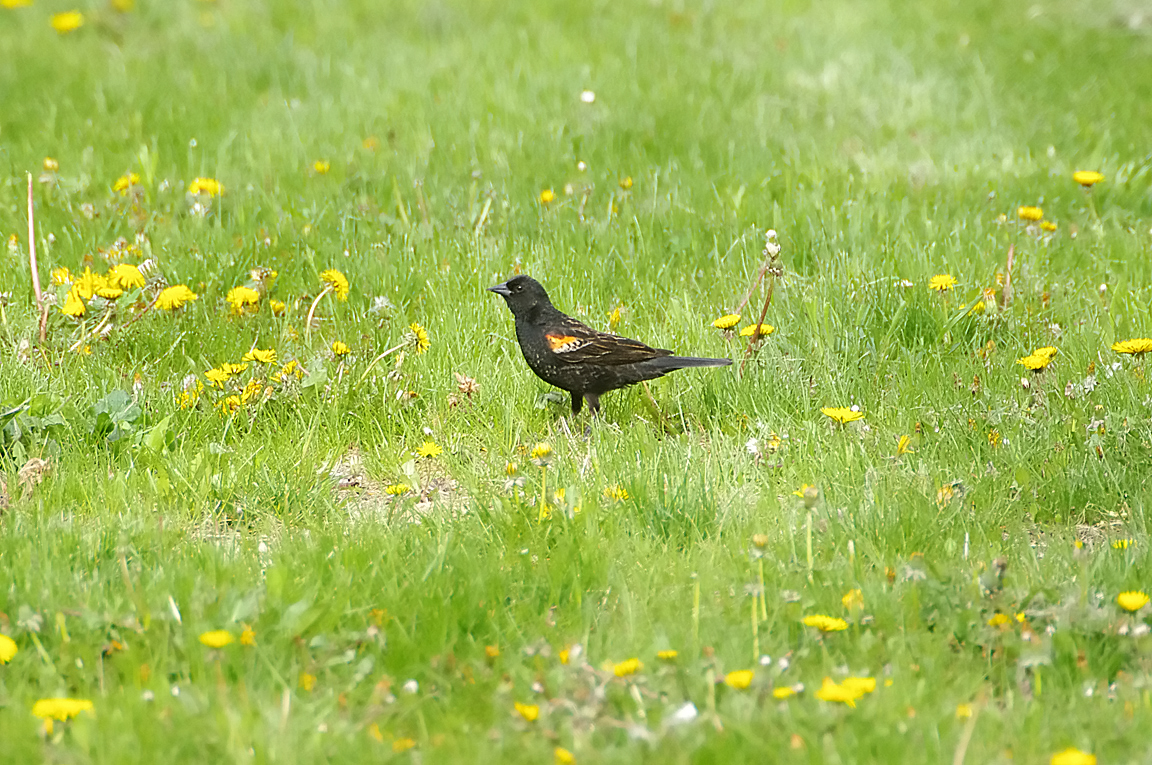 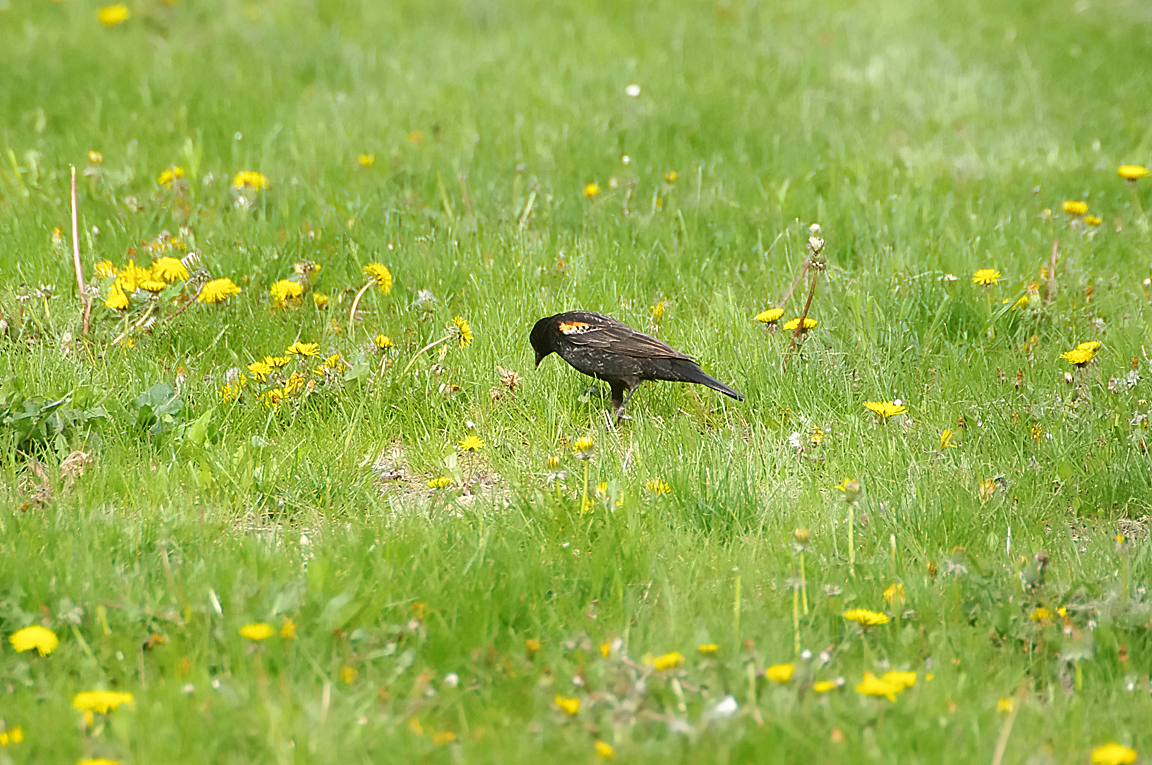 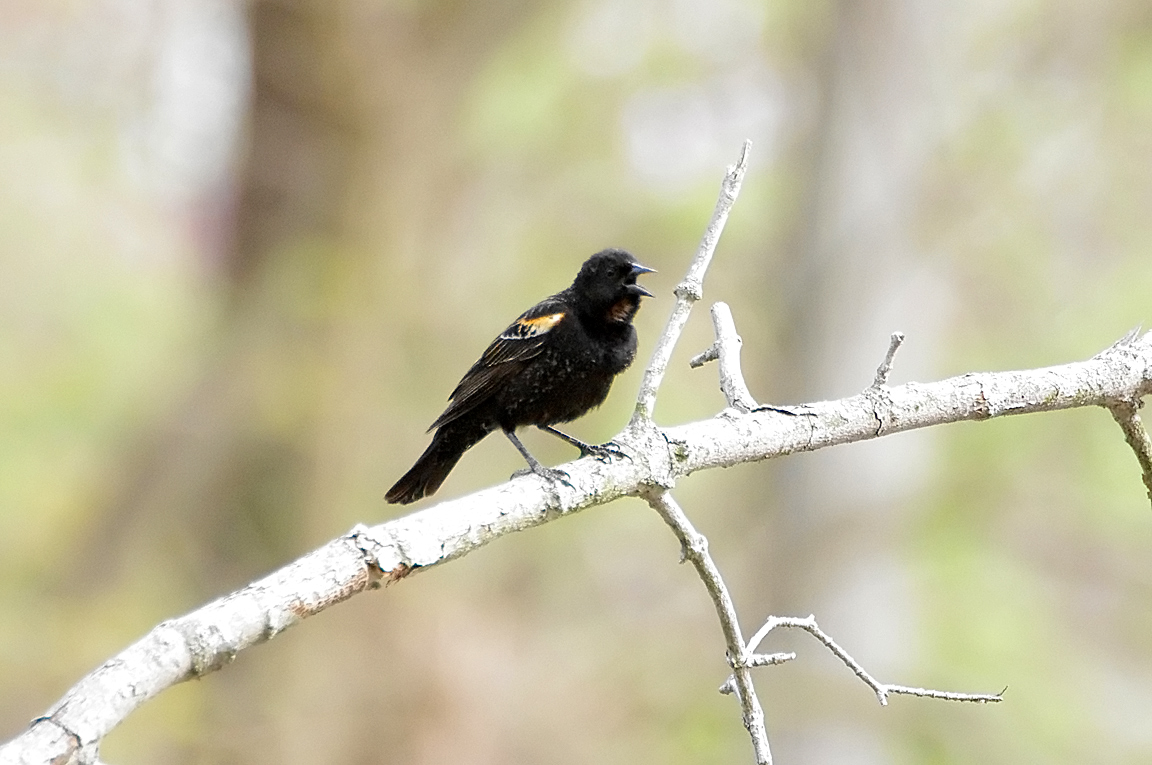 One of the most abundant birds in North America, the Red-winged Blackbird is found in wetlands and agricultural areas across the continent. The black male can hide the brilliant red shoulders or show them off in a dazzling display. The striped female looks strikingly different than the male and could almost be mistaken for a large dark sparrow.

Male black with red shoulders, female brown and striped all over.

Black all over; no iridescence. Red on bend of wing, with a lower border of yellow (some subspecies lack yellow).

Immature male similar to female, but may be mostly black with buffy edges to feathers, and epaulettes vary from brown to red. Much variation exists, and male may take three years to become entirely black. Immature female similar to adult, but has paler face and brown epaulettes. 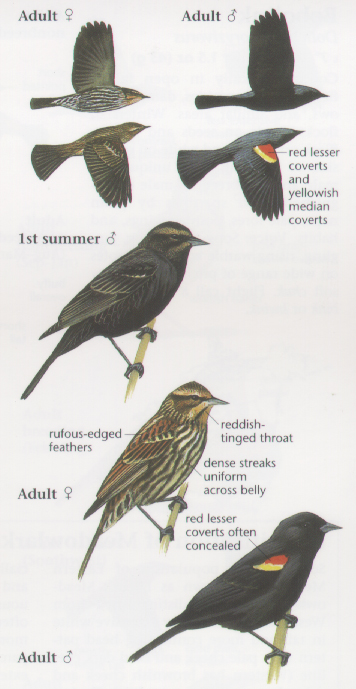