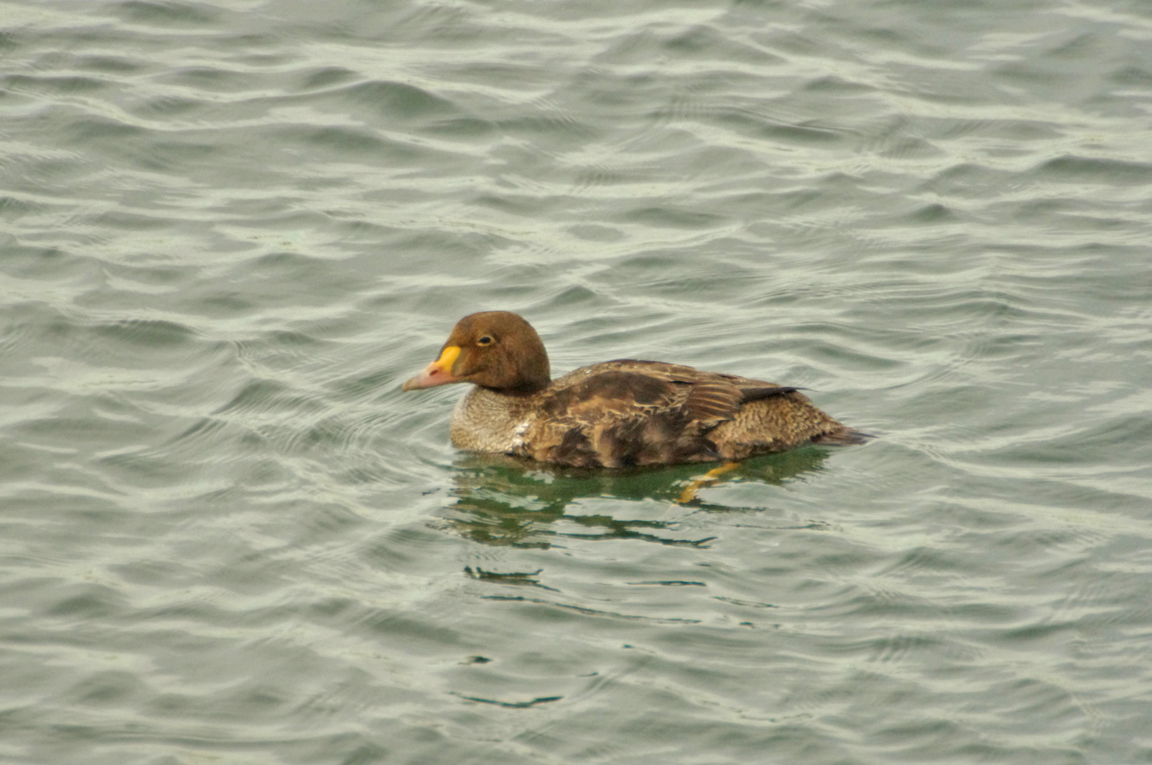 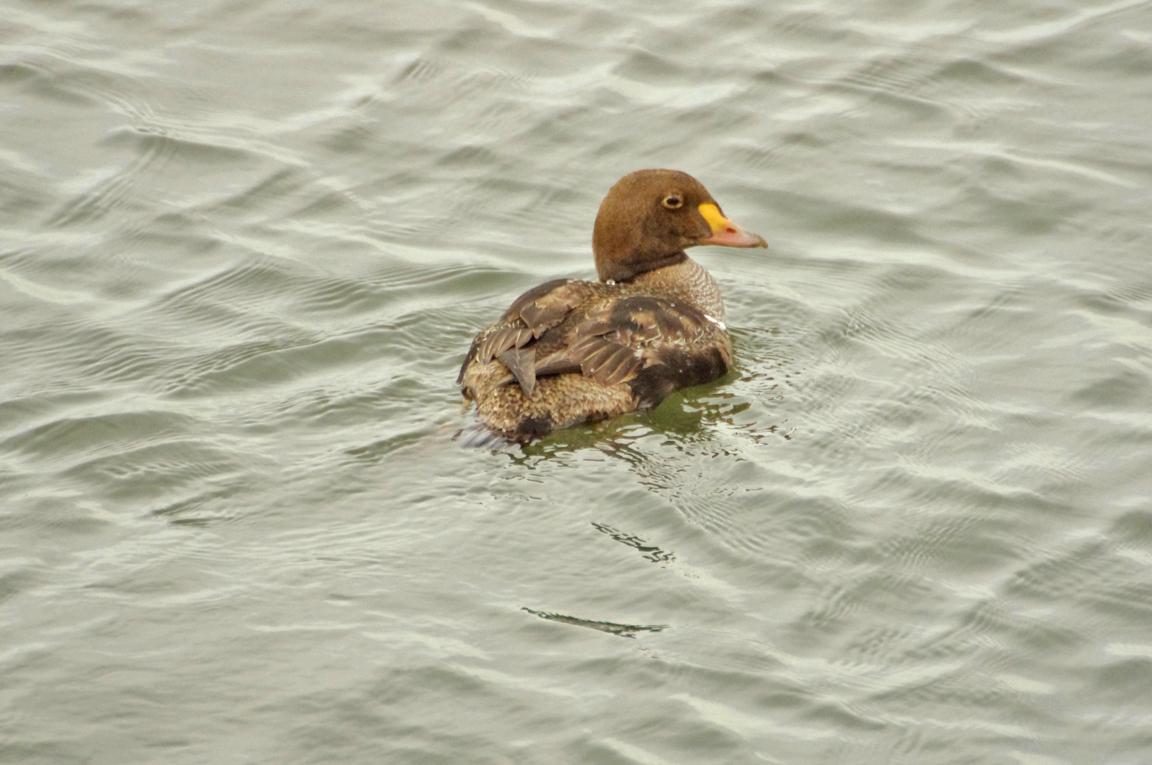 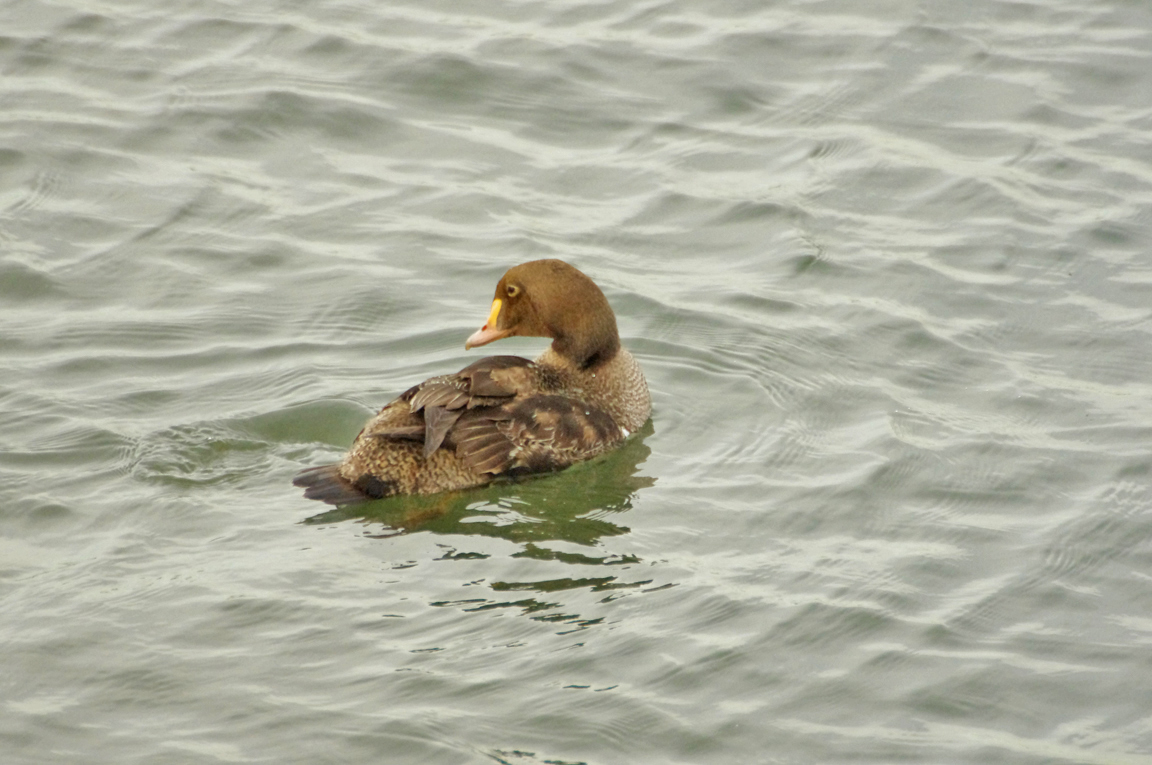 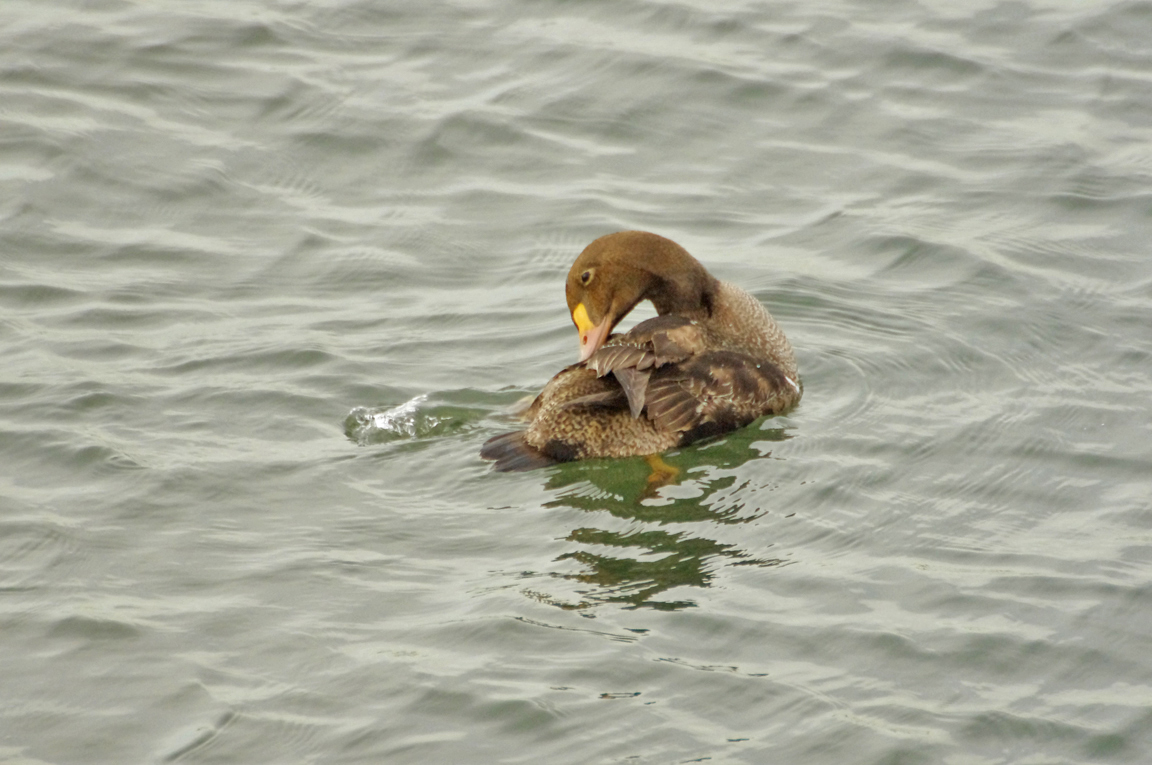 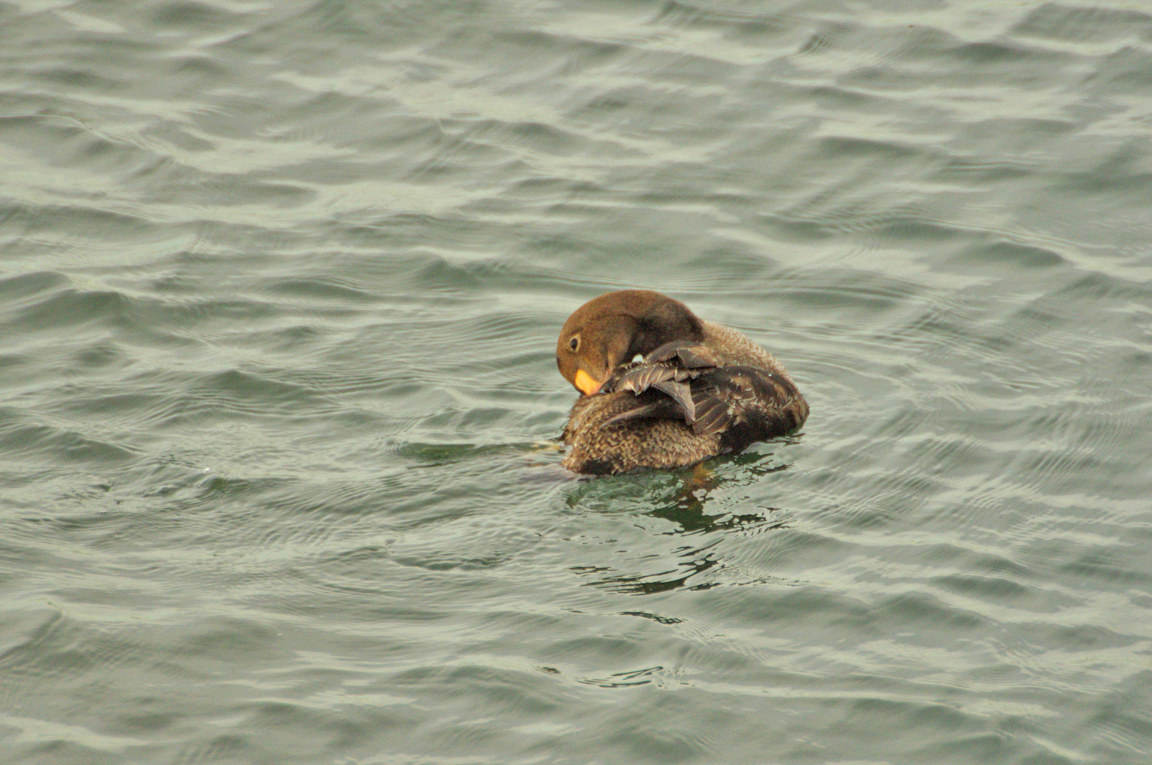 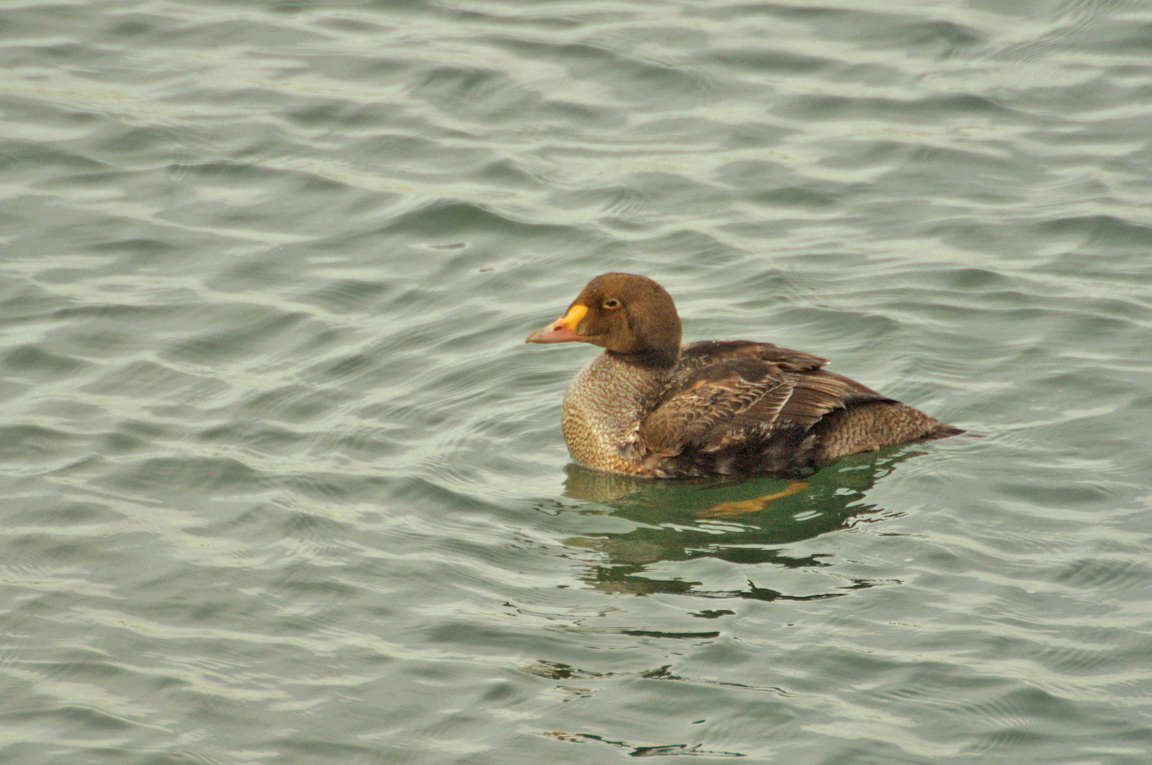 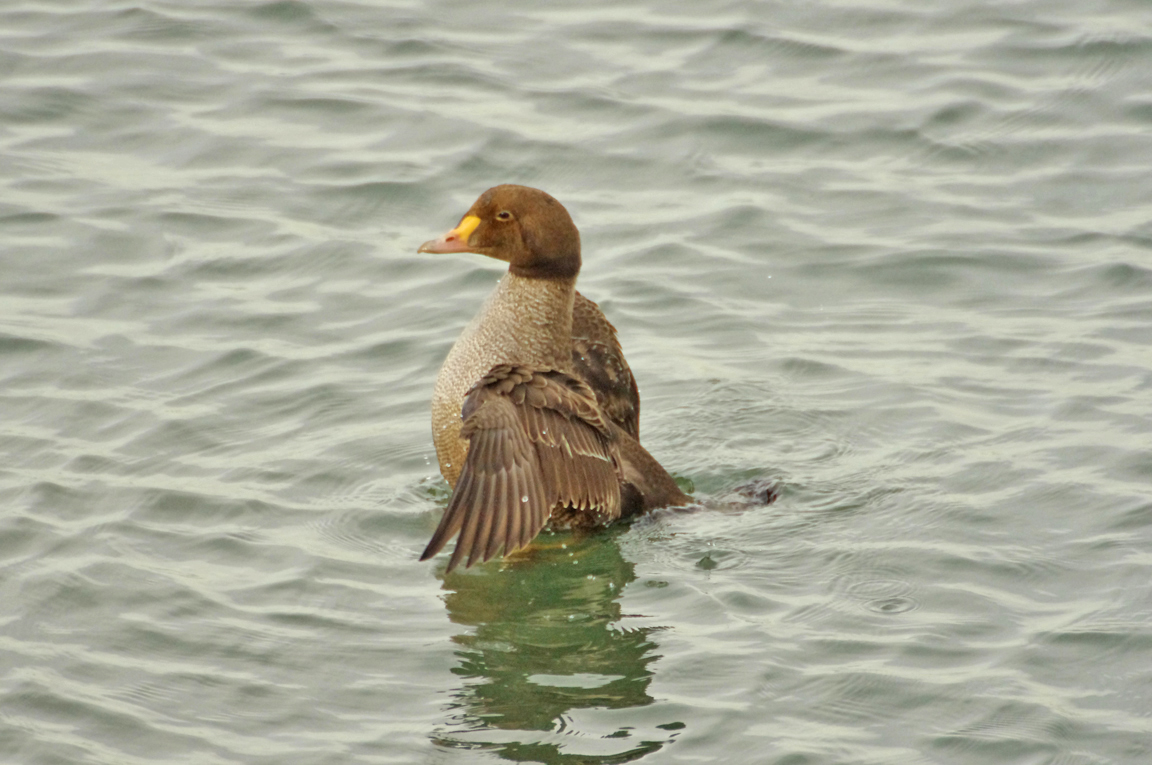 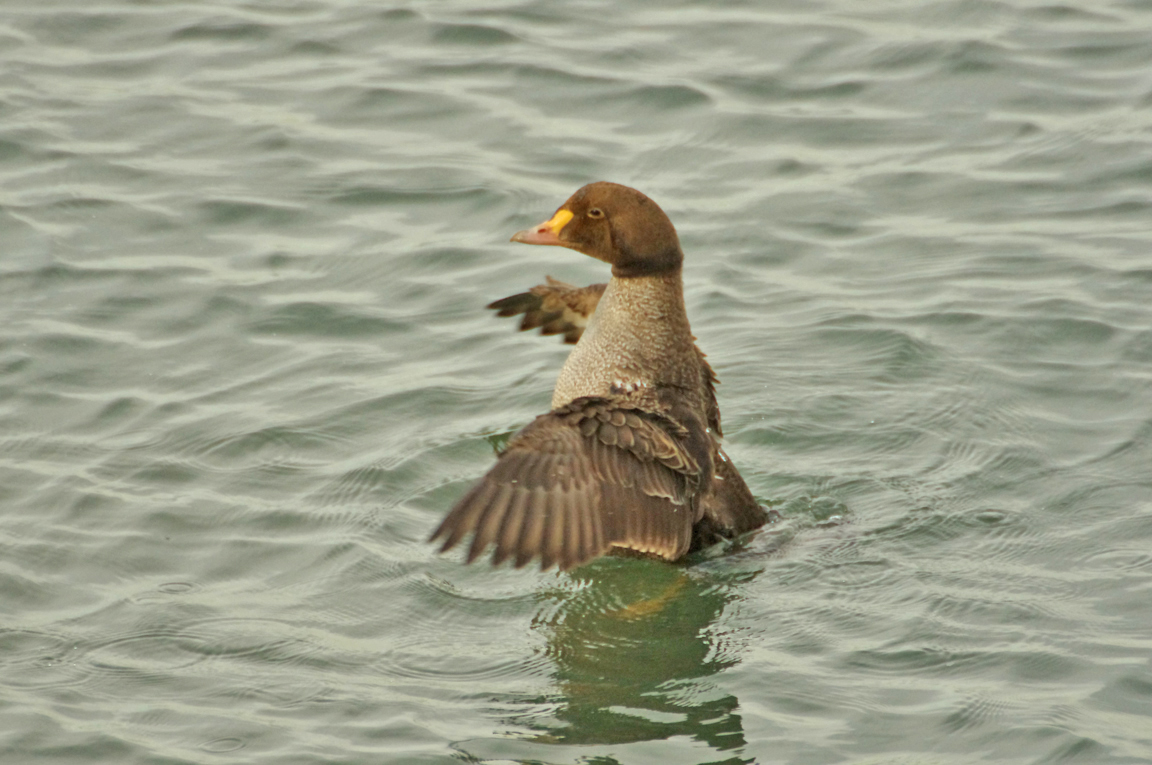 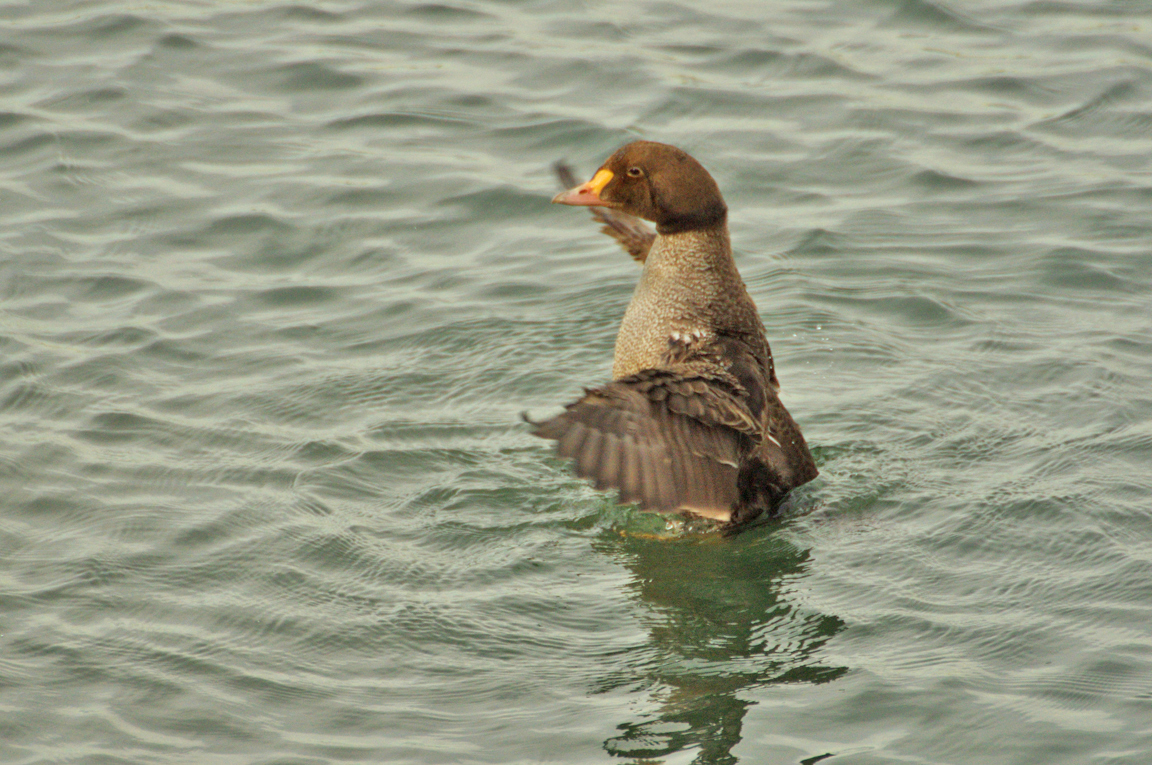 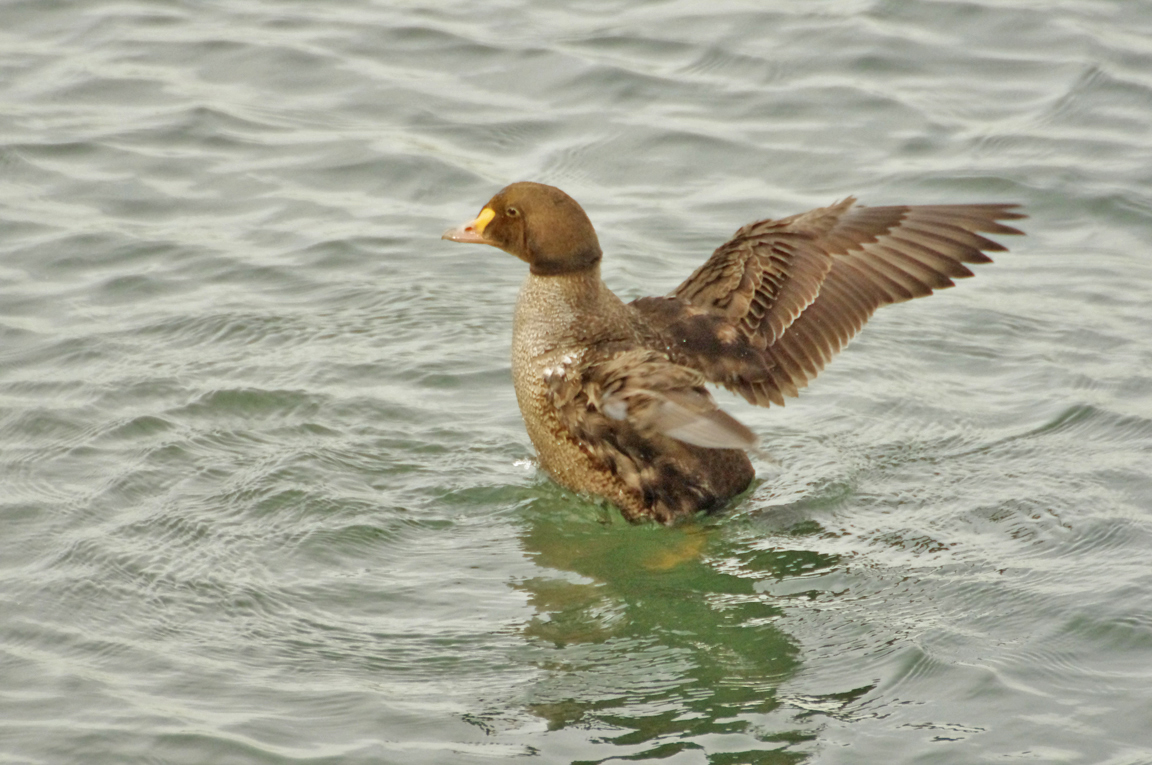 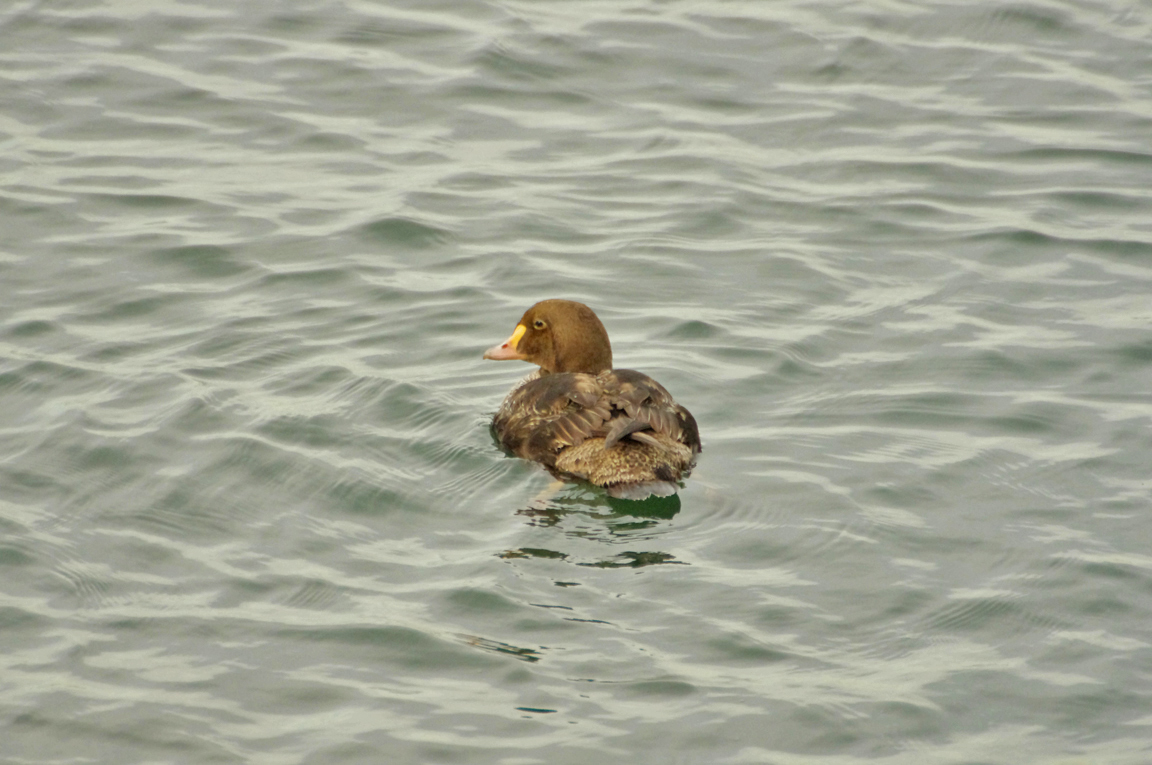 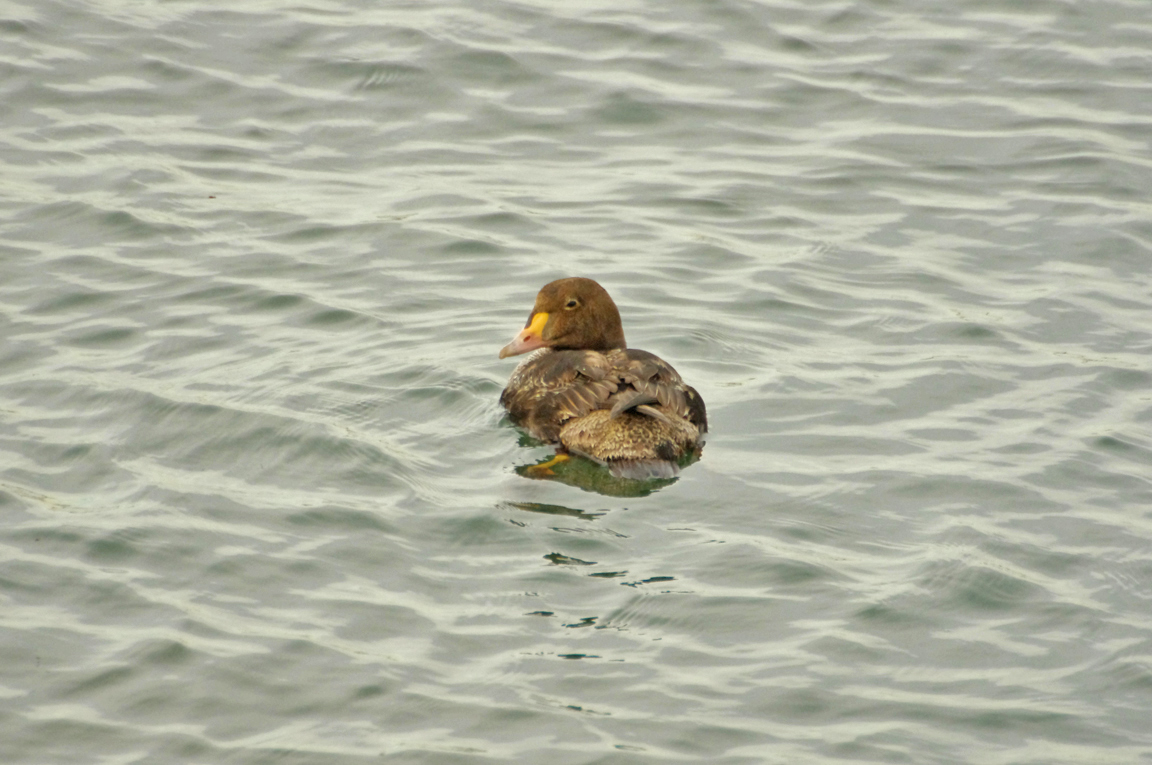 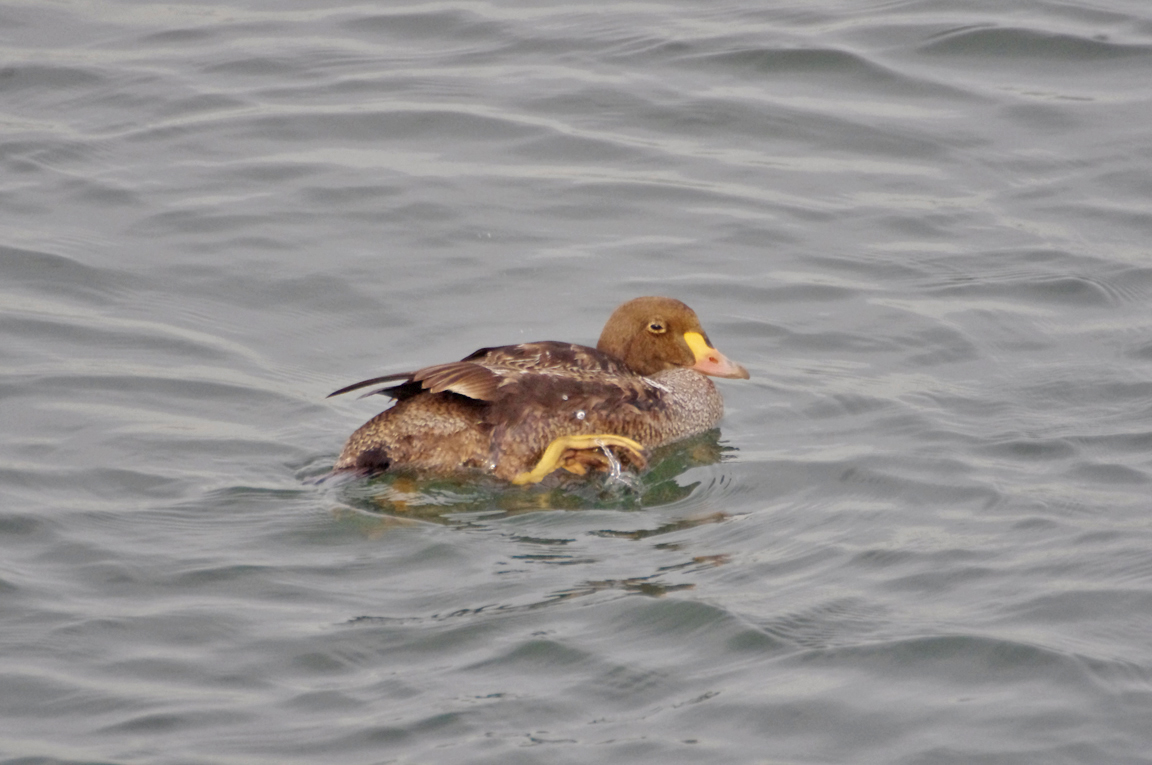 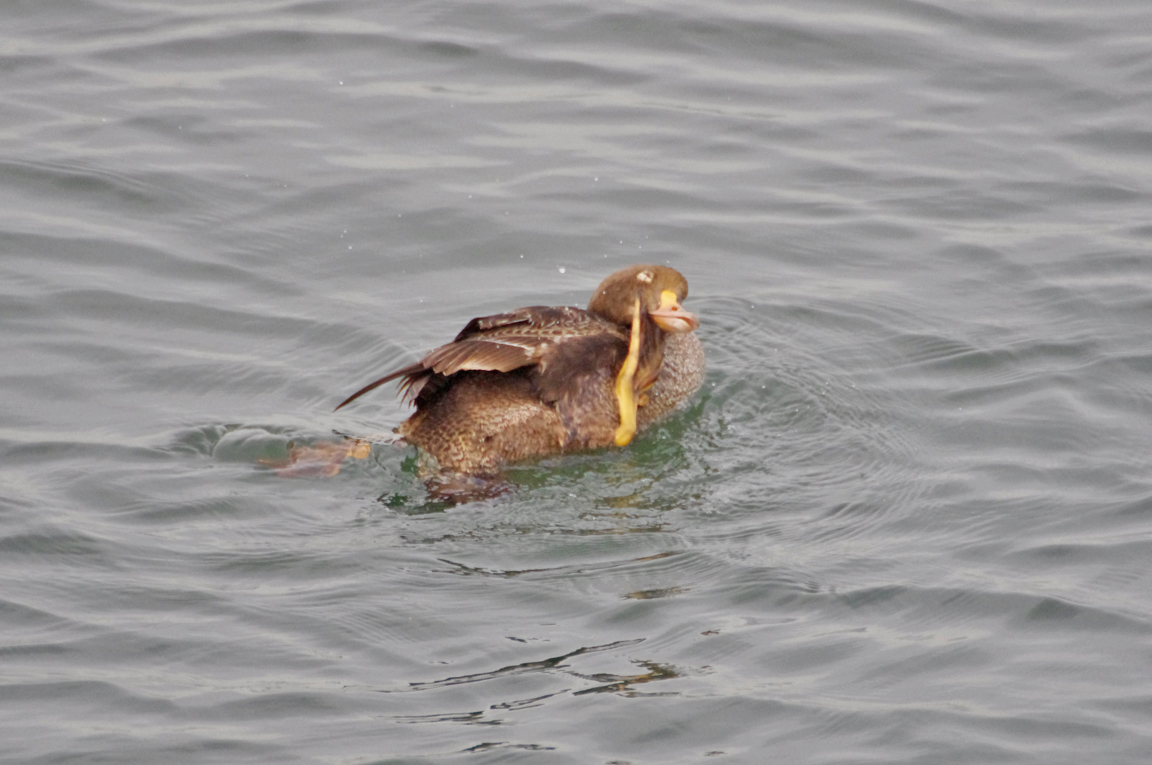 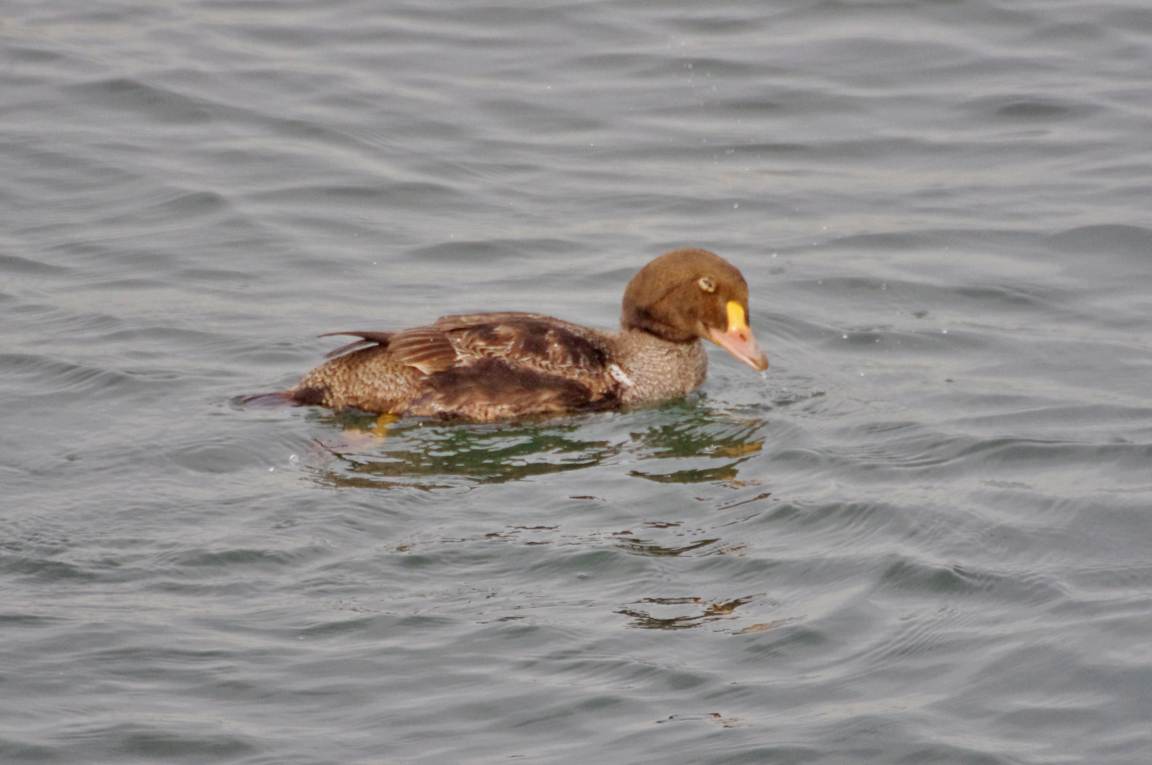 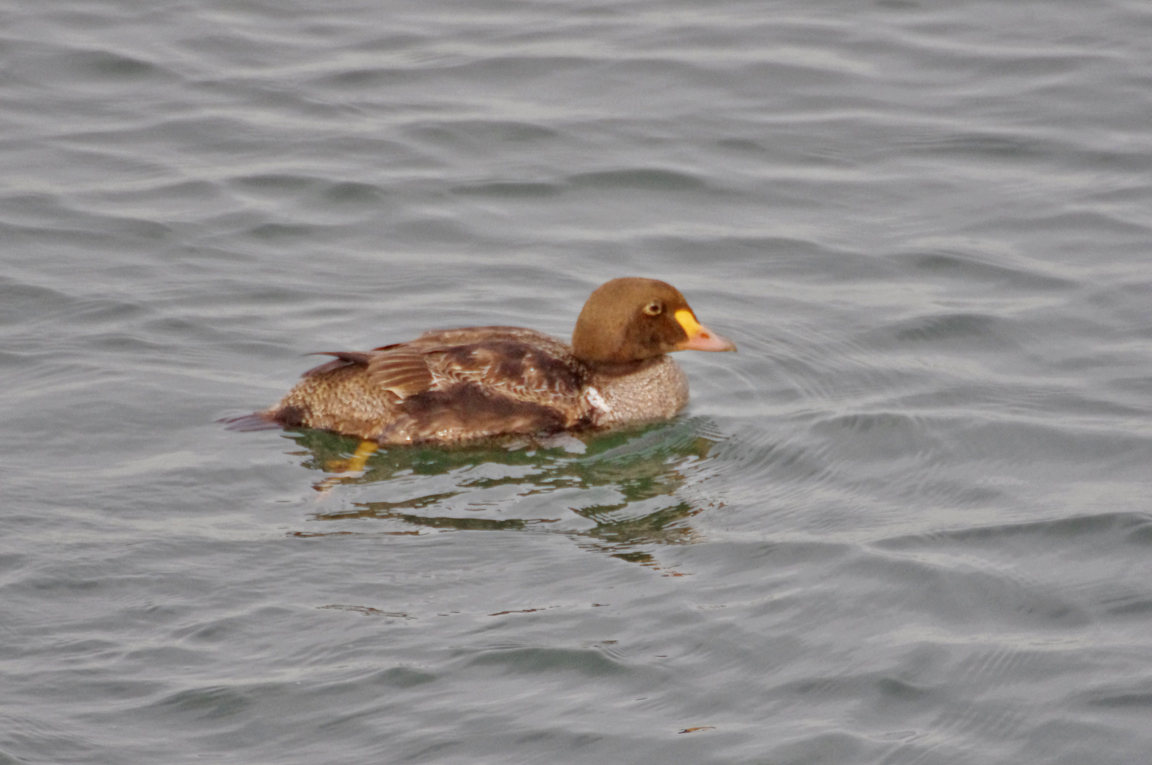 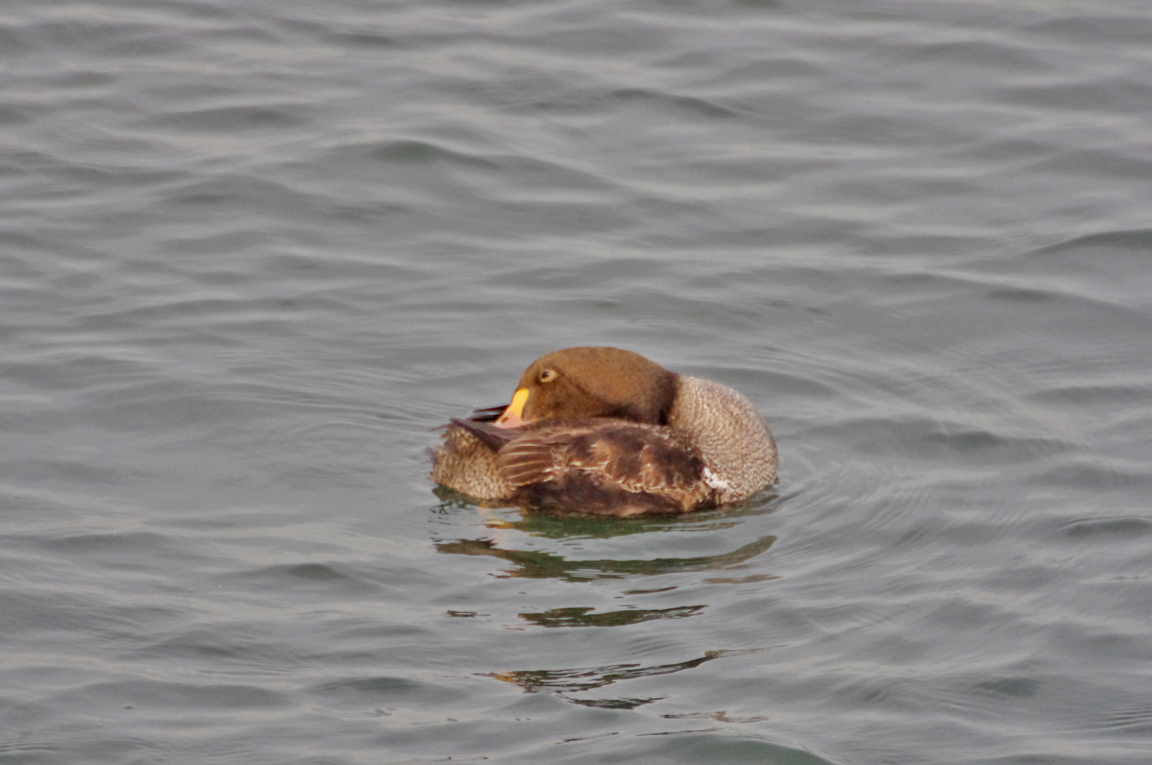 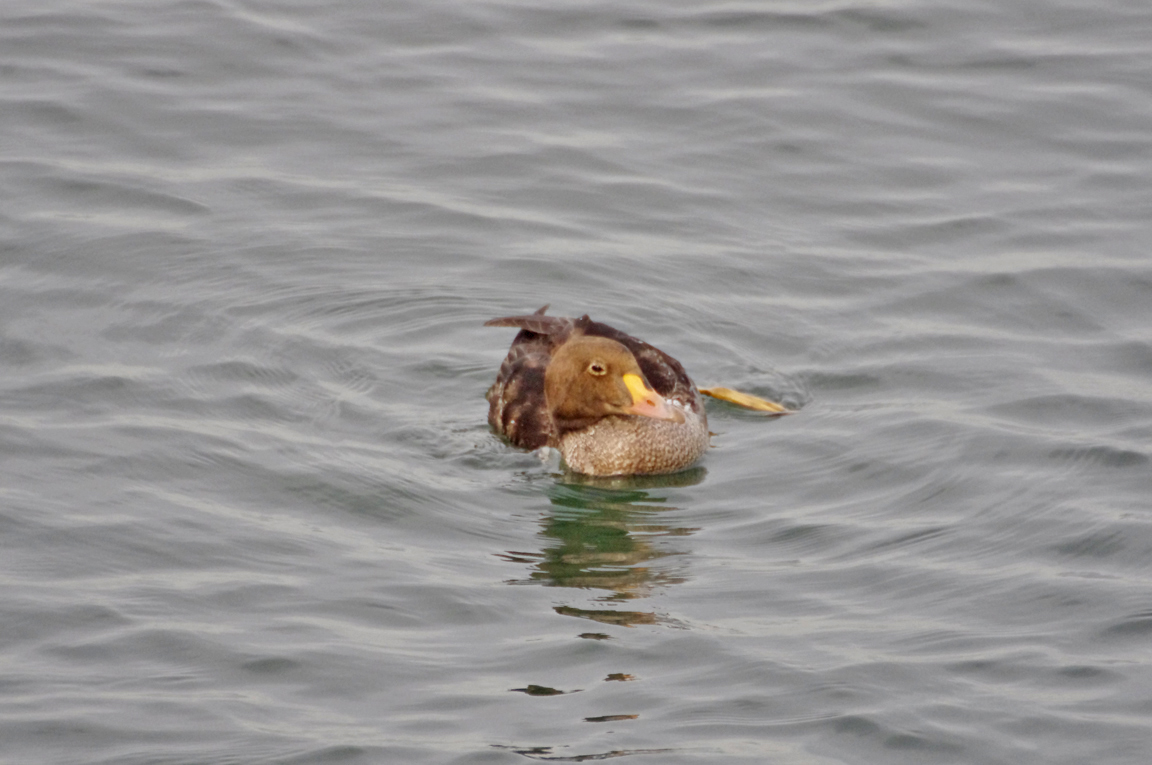 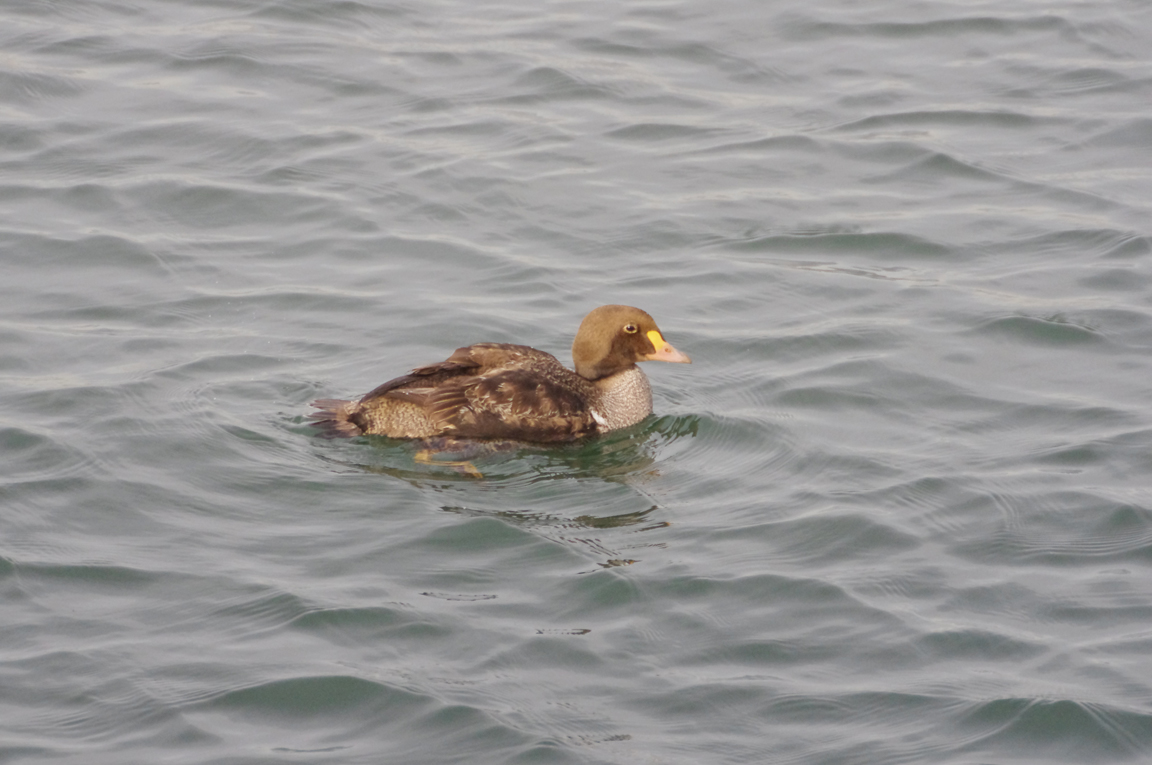 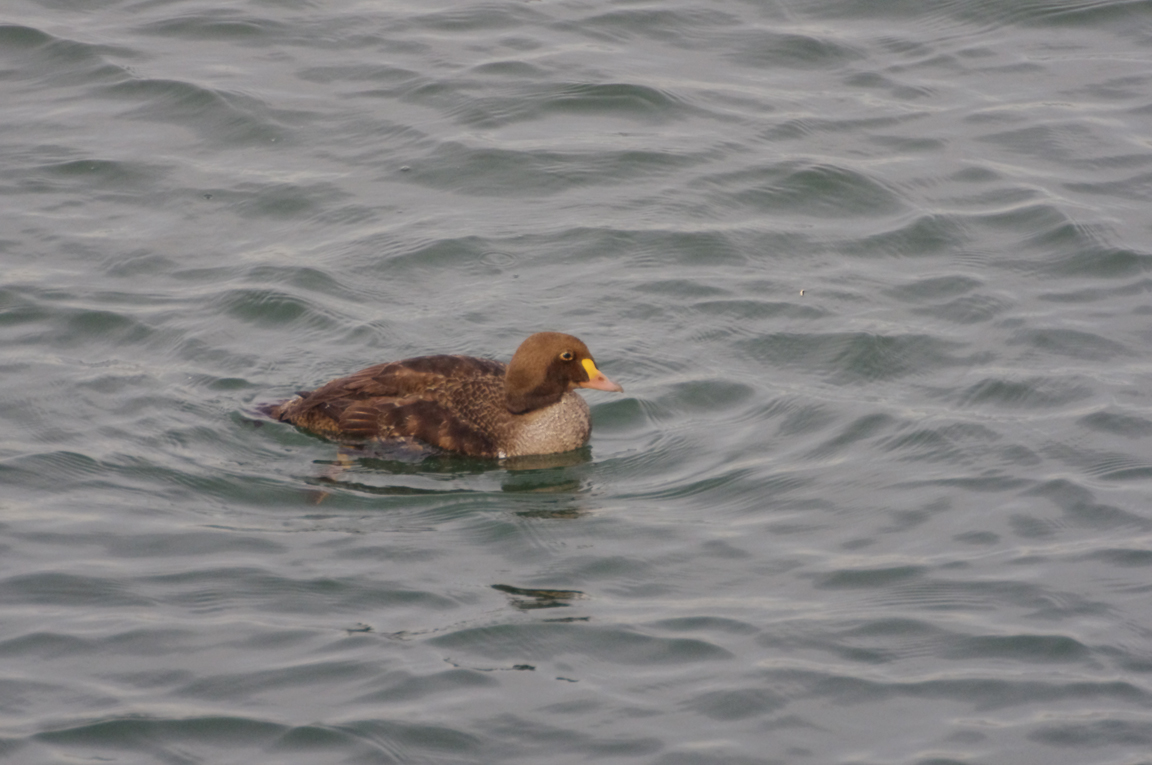 A large duck of Arctic coastal waters, the King Eider is one of North America's most spectacular waterfowl species. Highly gregarious for most of the year, it forms prodigious flocks during spring migration, sometimes exceeding 10,000 individuals.

Resembles female in being brownish, but has blackish wings and white forewing patch. Bill duller than in breeding; lobe smaller and with dark brownish spots.

Mostly deep reddish brown, barred with black. Feathers on sides and flanks have black crescent or U-shaped black bars and dark centers. Bill is gray, and not enlarged like the male's, with a rounded edge of feathering at the bill base. Feet greenish gray to yellowish, with dark webs.

Immature like adult female. First-year male similar to female, but has pale chest, a light eyeline, and an unswollen, orange or yellowish bill. 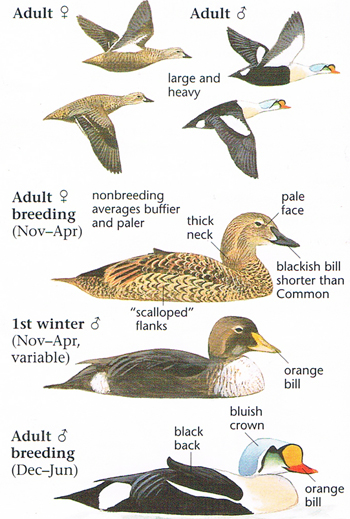