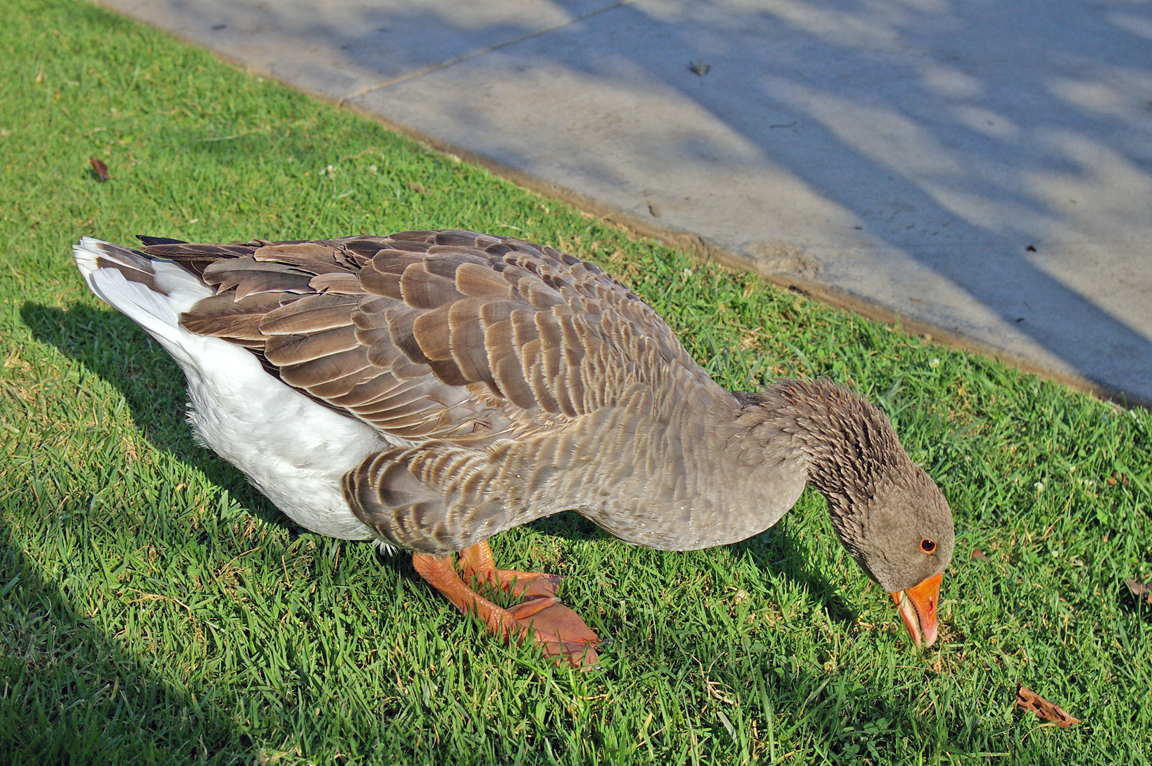 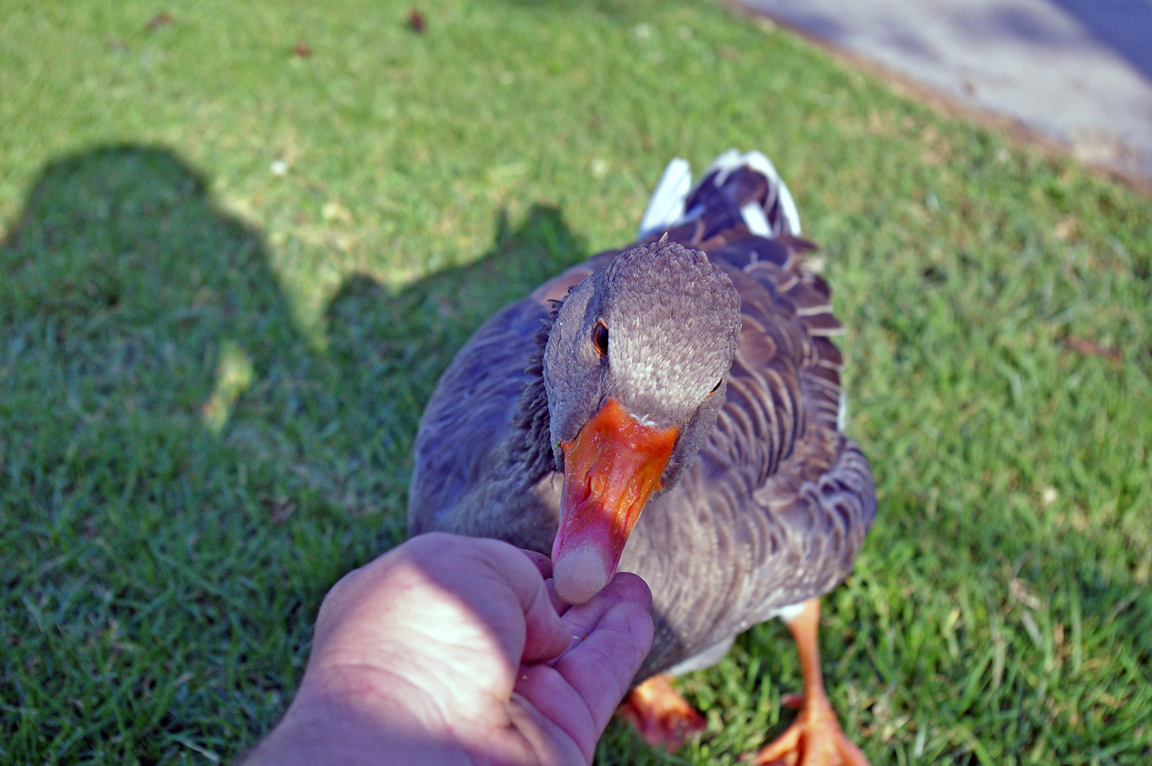 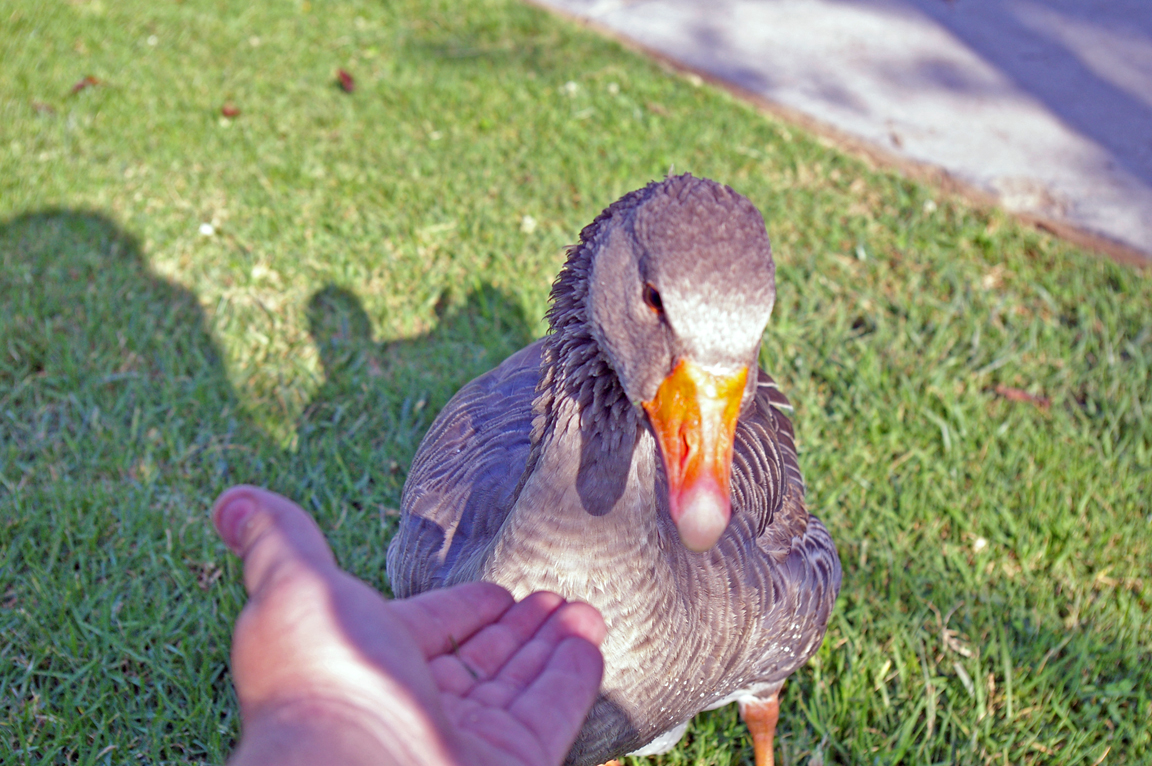 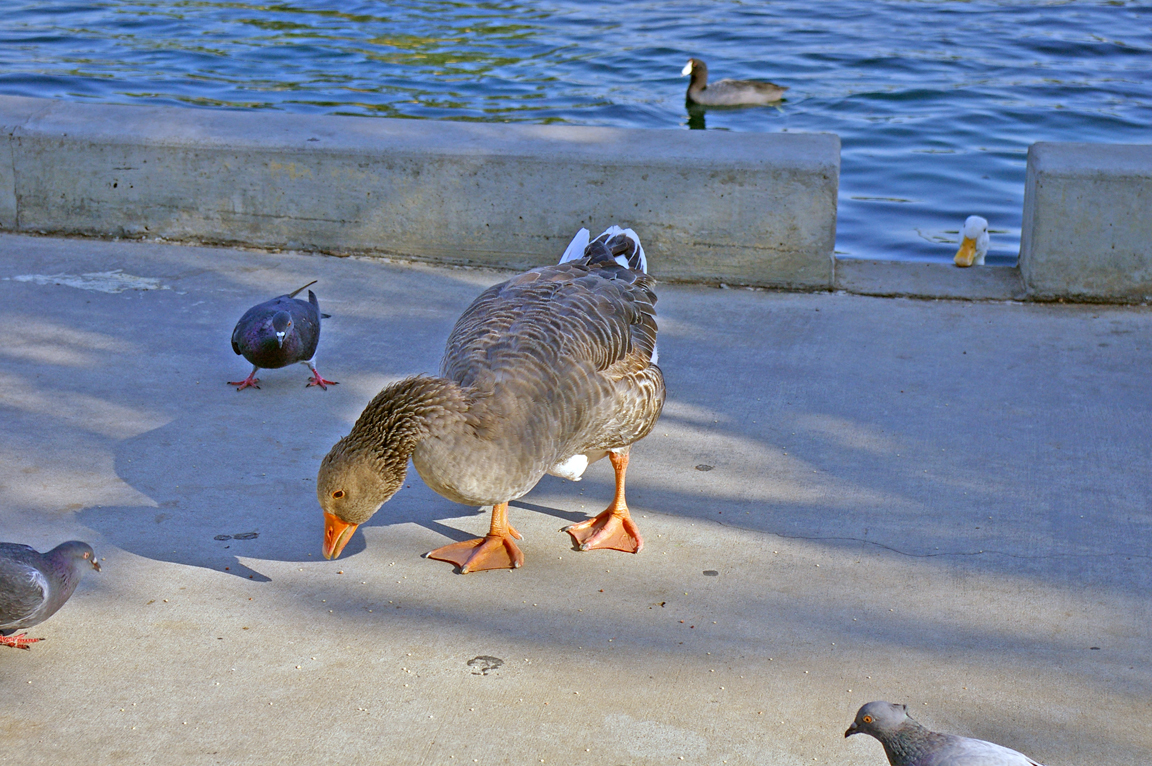 The Greylag Goose, Anser anser, is a bird with a wide range in the Old World. It is the type species of the genus Anser.

It was in pre-Linnean times known as the Wild Goose ("Anser ferus"). This species is the ancestor of domesticated geese in Europe and North America. Flocks of feral birds derived from domesticated birds are widespread.

The plumage of the greylag goose is greyish-brown, with a darker head and paler breast and belly with a variable amount of black spotting. It has a pale grey fore-wing and rump which are noticeable when the bird is in flight or stretches its wings on the ground. It has a white line bordering its upper flanks, and its wing coverts are light-coloured, contrasting with its darker flight feathers. Its plumage is patterned by the pale fringes of the feathers. Juveniles differ mostly in their lack of black-speckling on the breast and belly and by their greyish legs.

The greylag goose has a loud cackling call similar to that of the domestic goose, "aahng-ung-ung", uttered on the ground or in flight. There are various subtle variations used under different circumstances, and individual geese seem to be able to identify other known geese by their voices. The sound made by a flock of geese resembles the baying of hounds. Goslings chirp or whistle lightly, and adults hiss if threatened or angered. 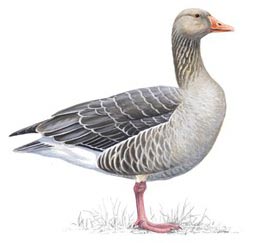 The Royal Society for the Protection of Birds