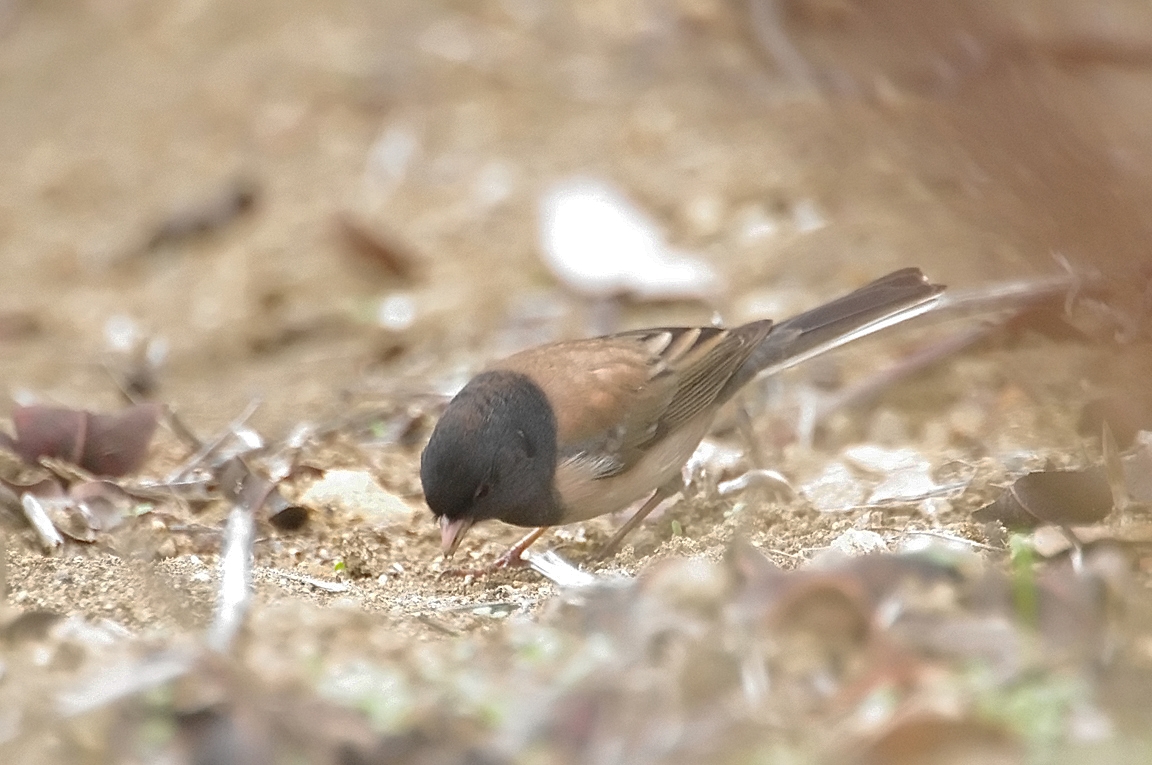 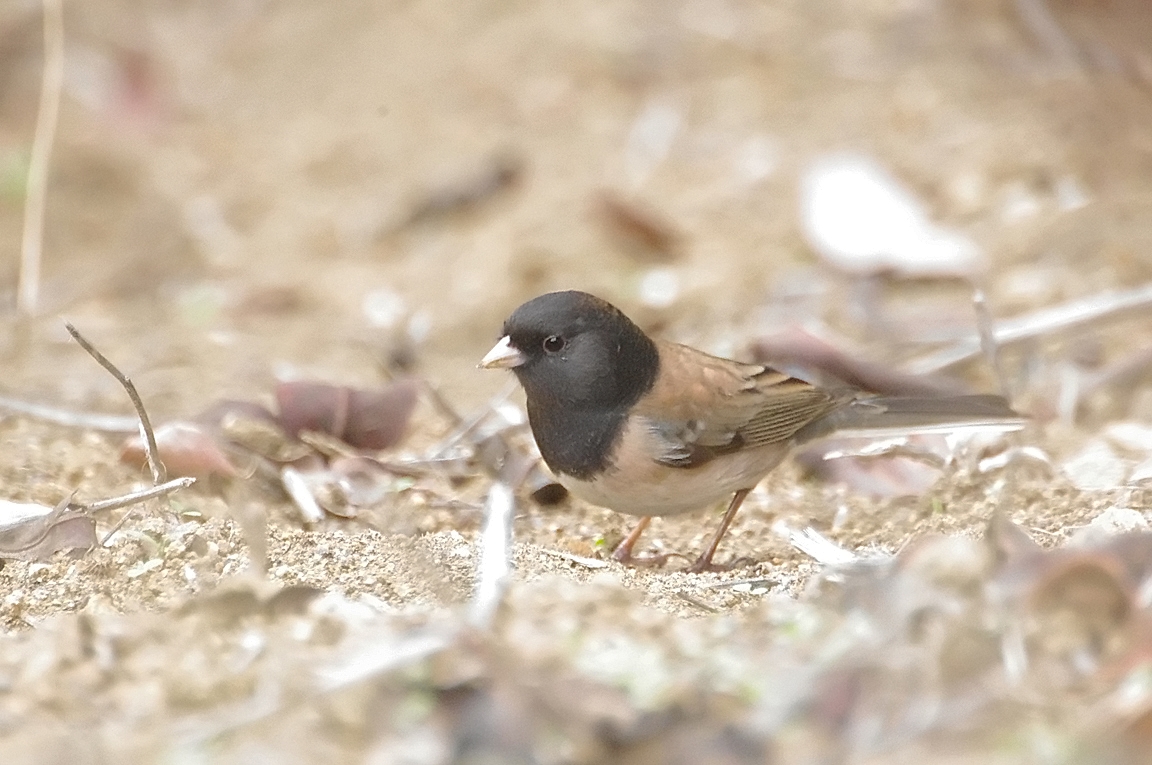 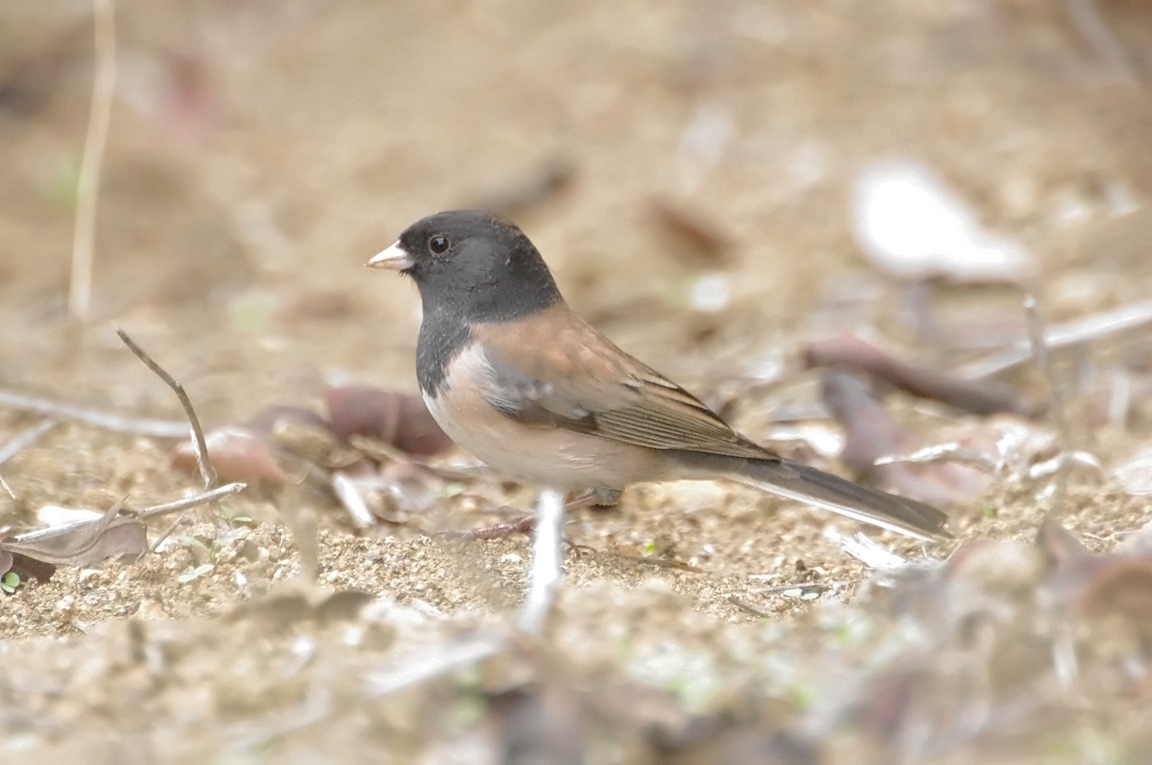 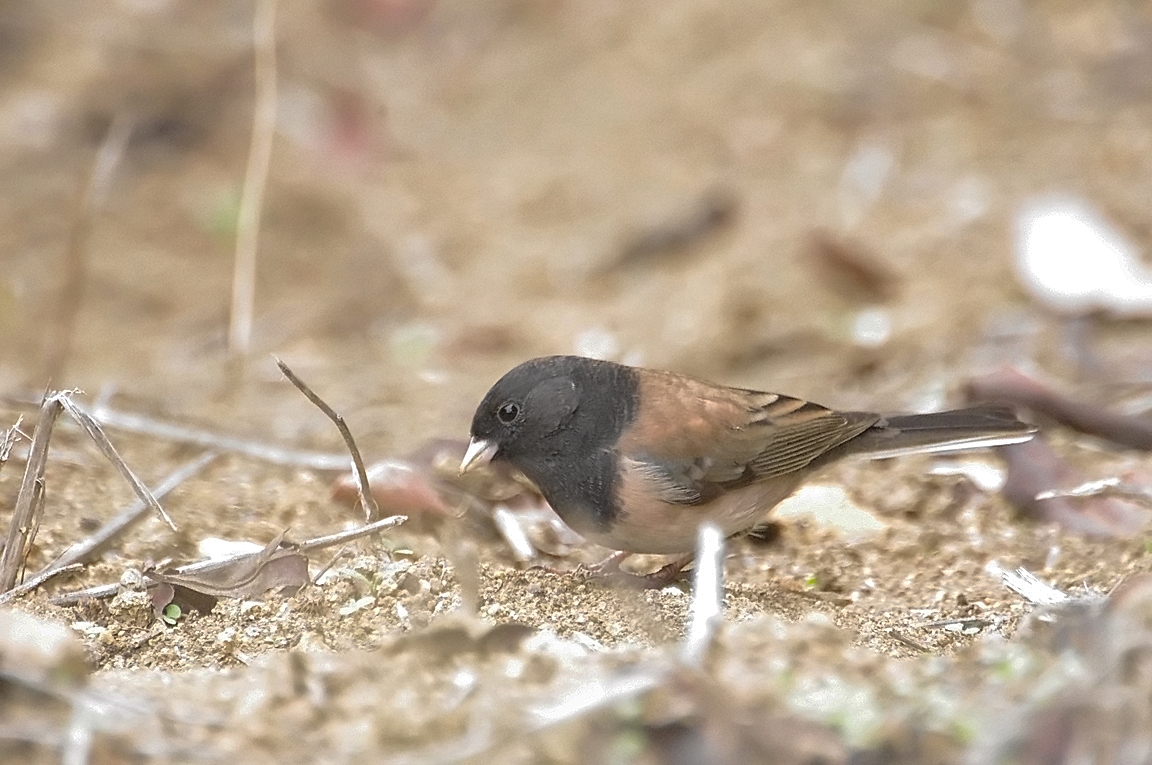 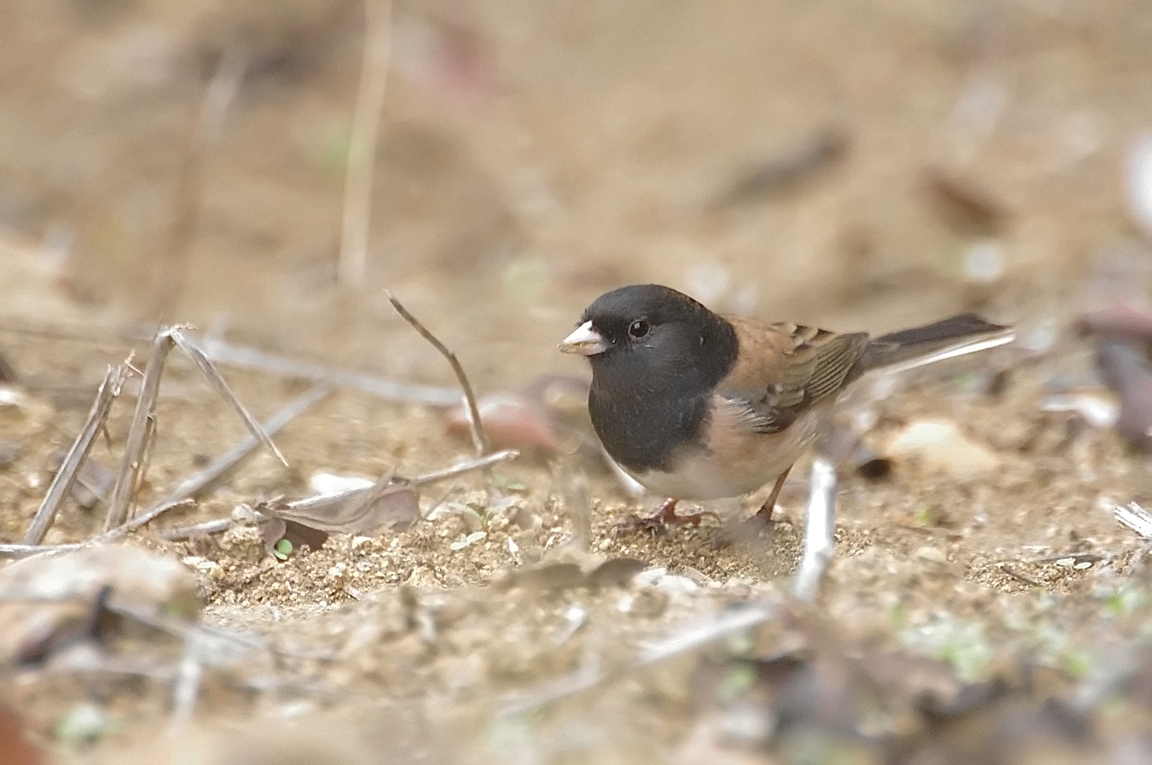 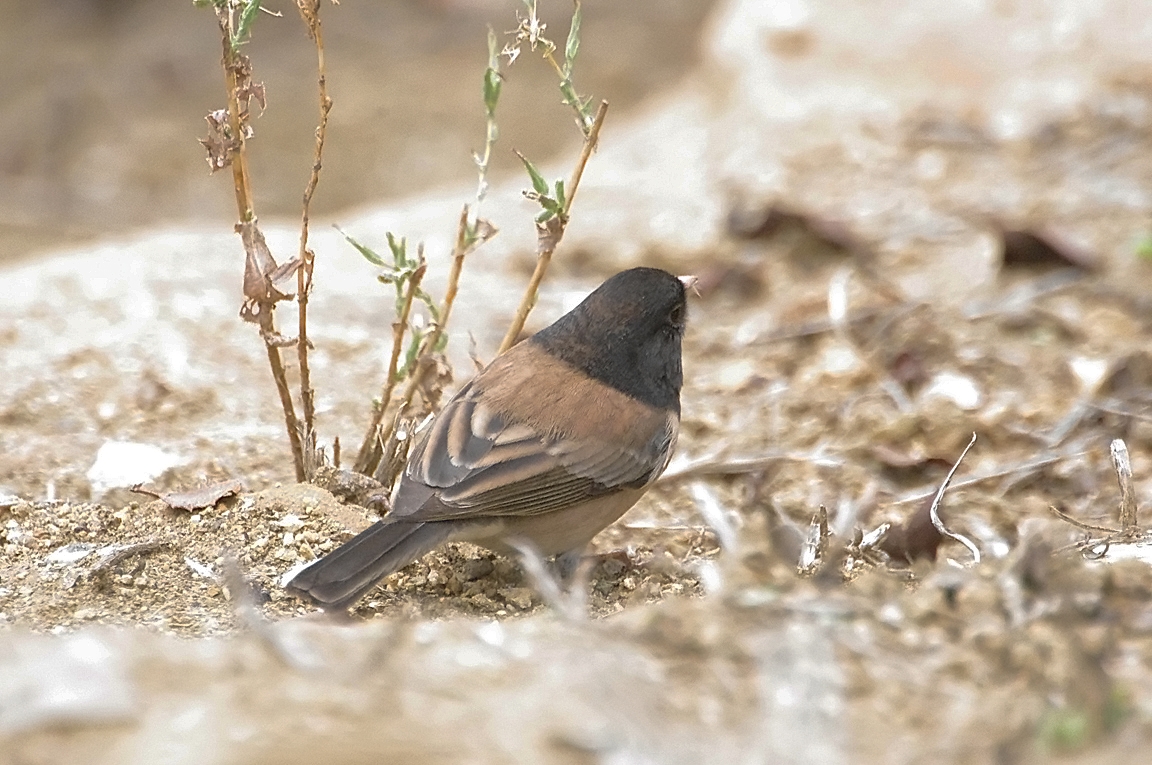 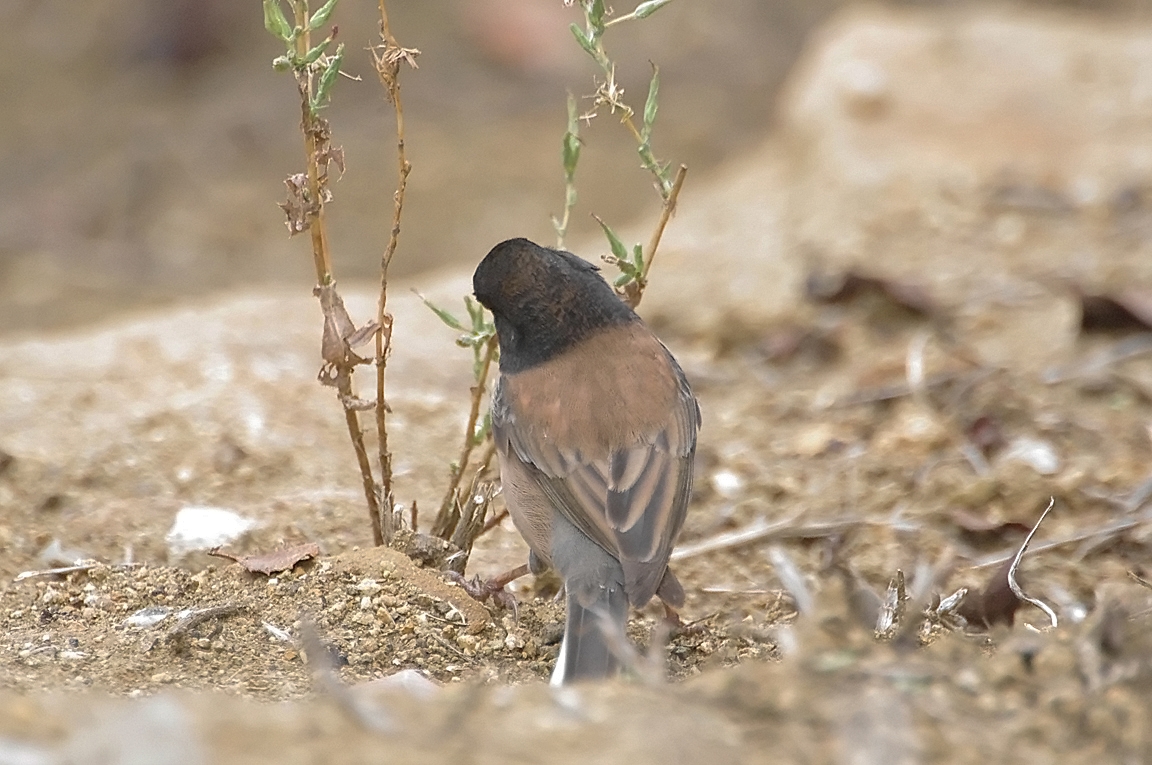 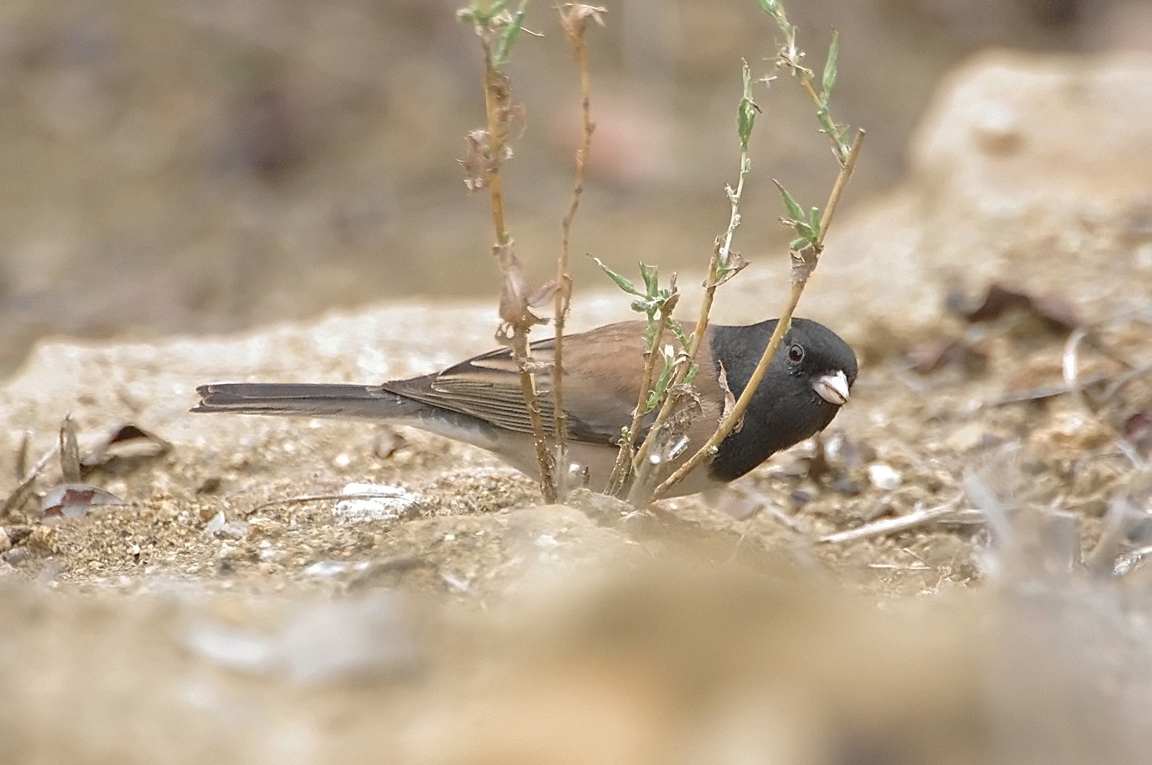 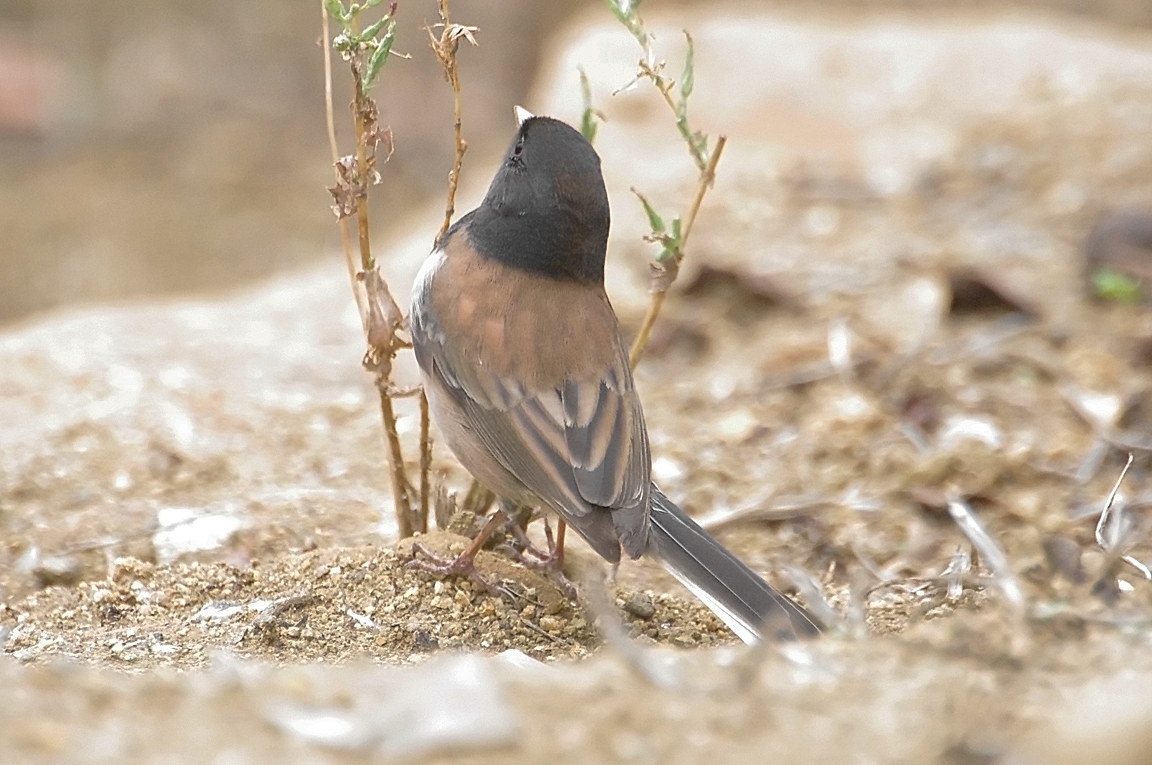 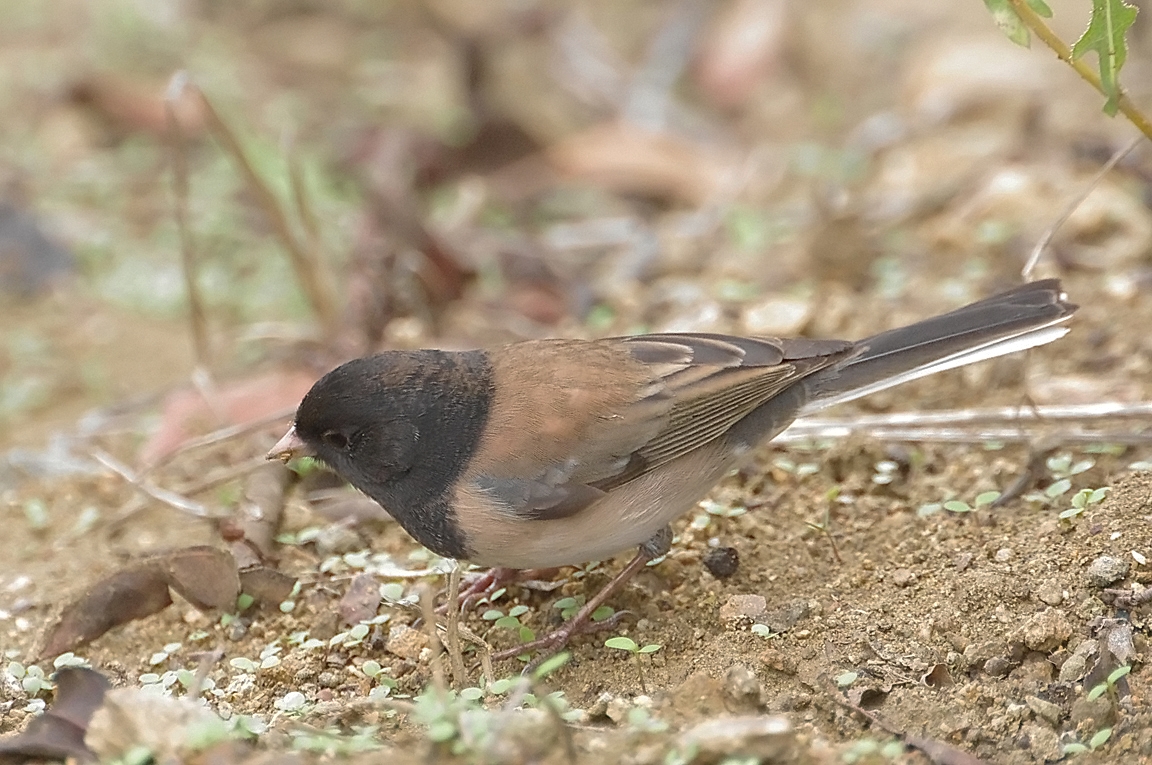 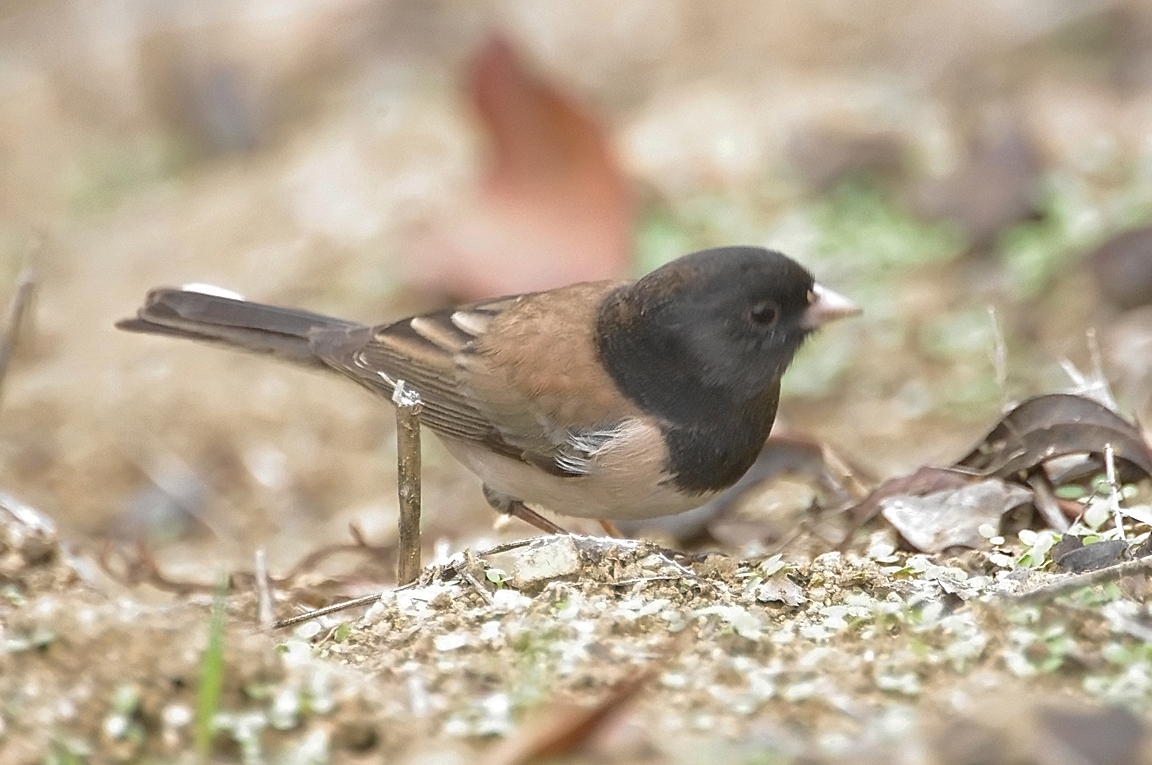 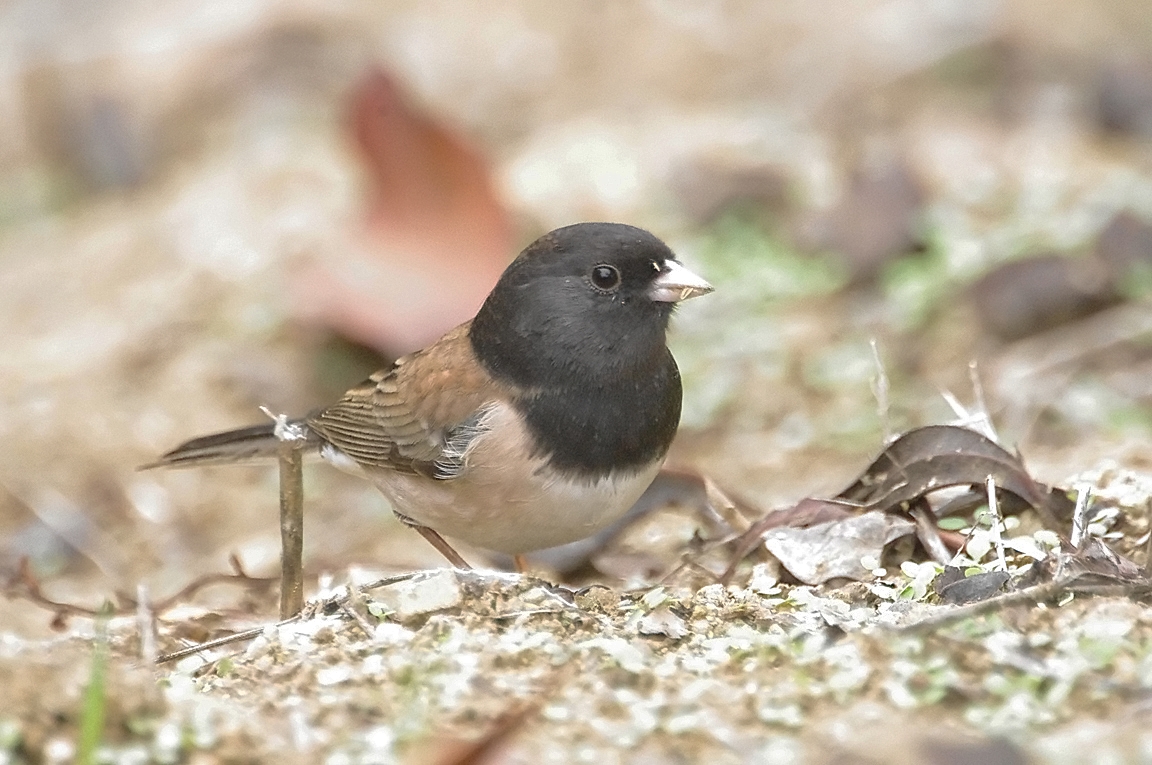 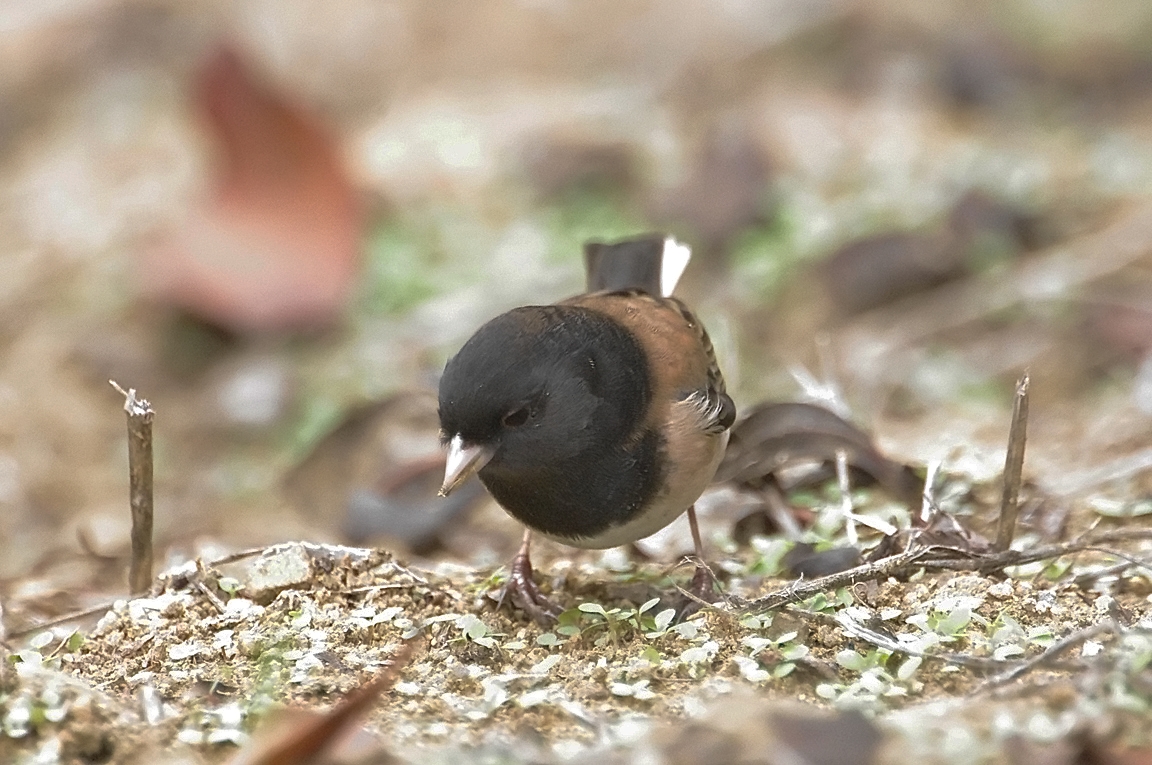 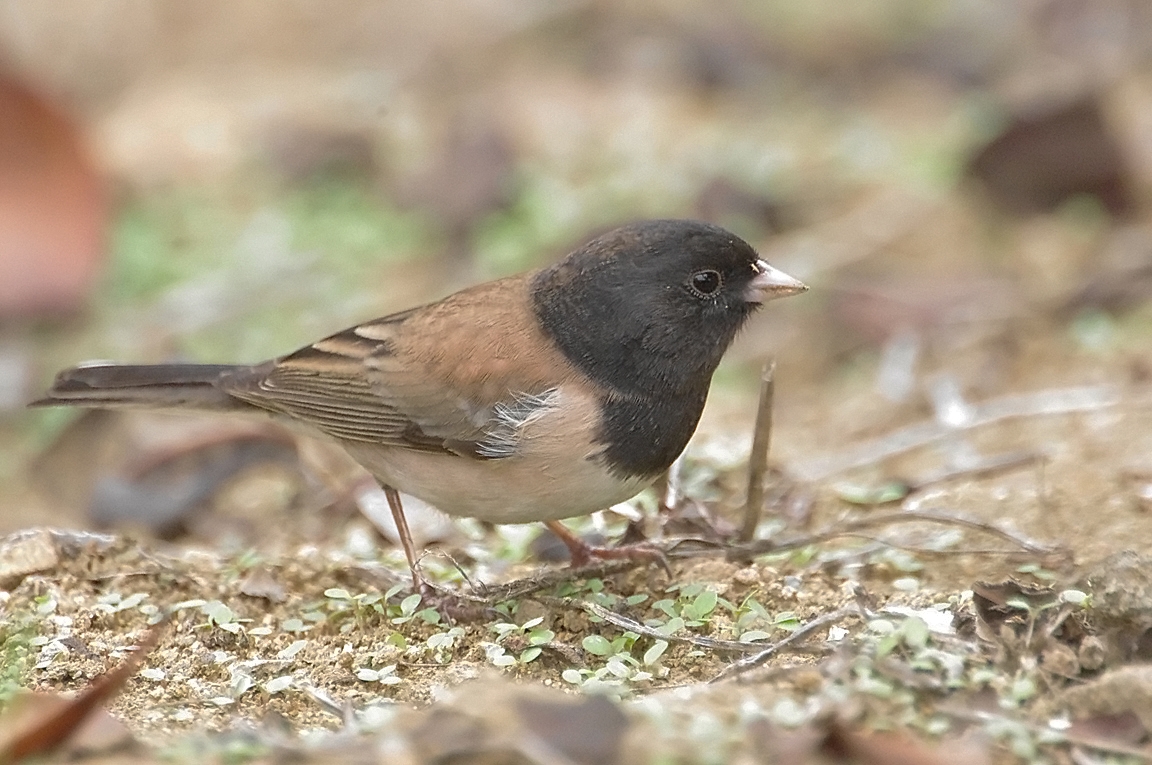 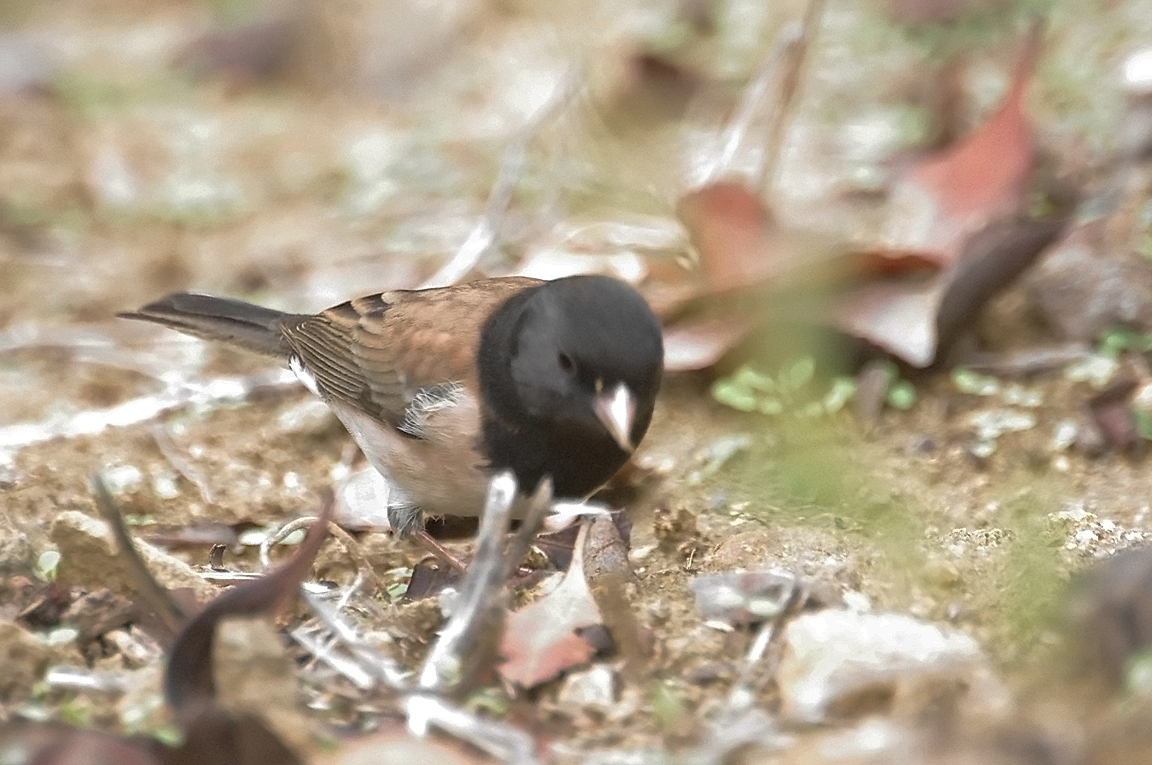 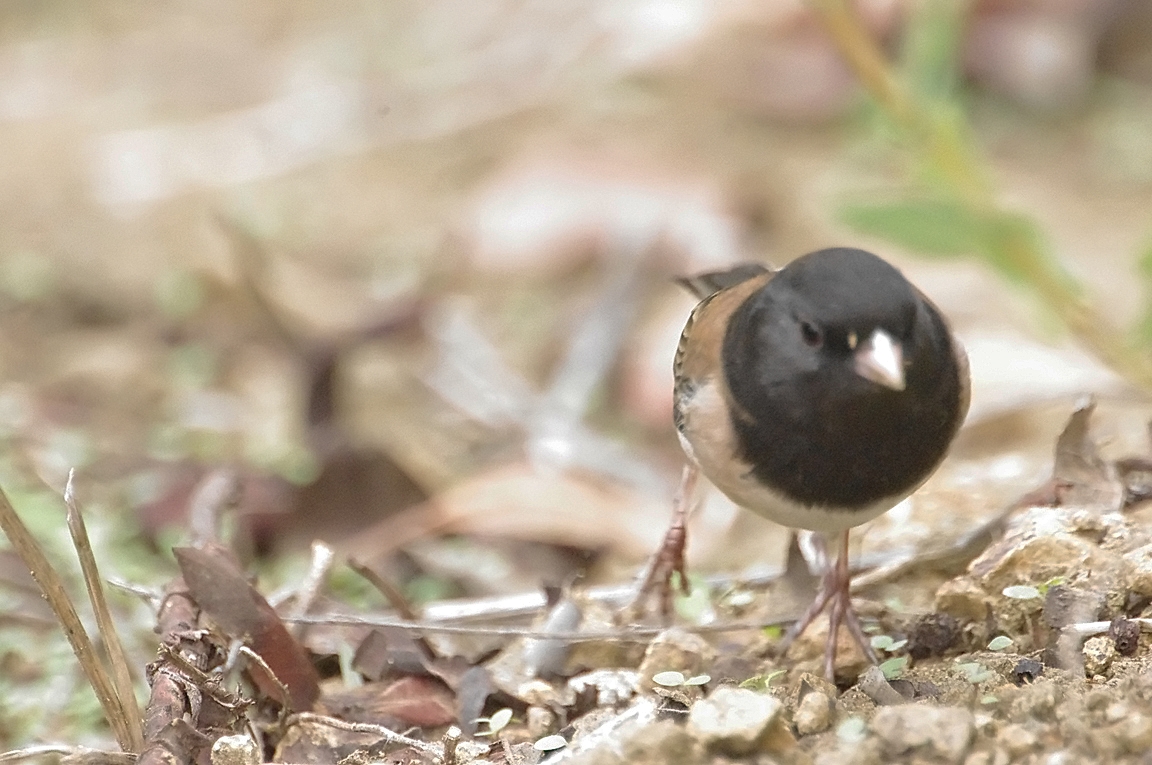 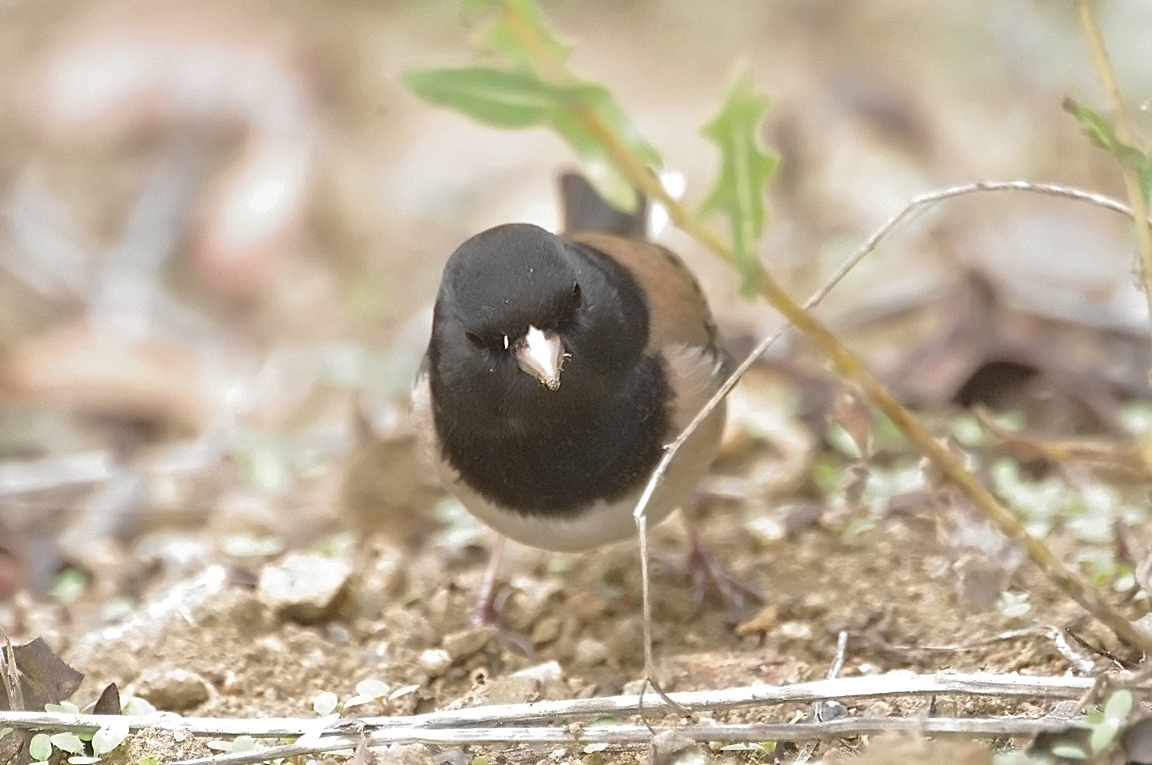 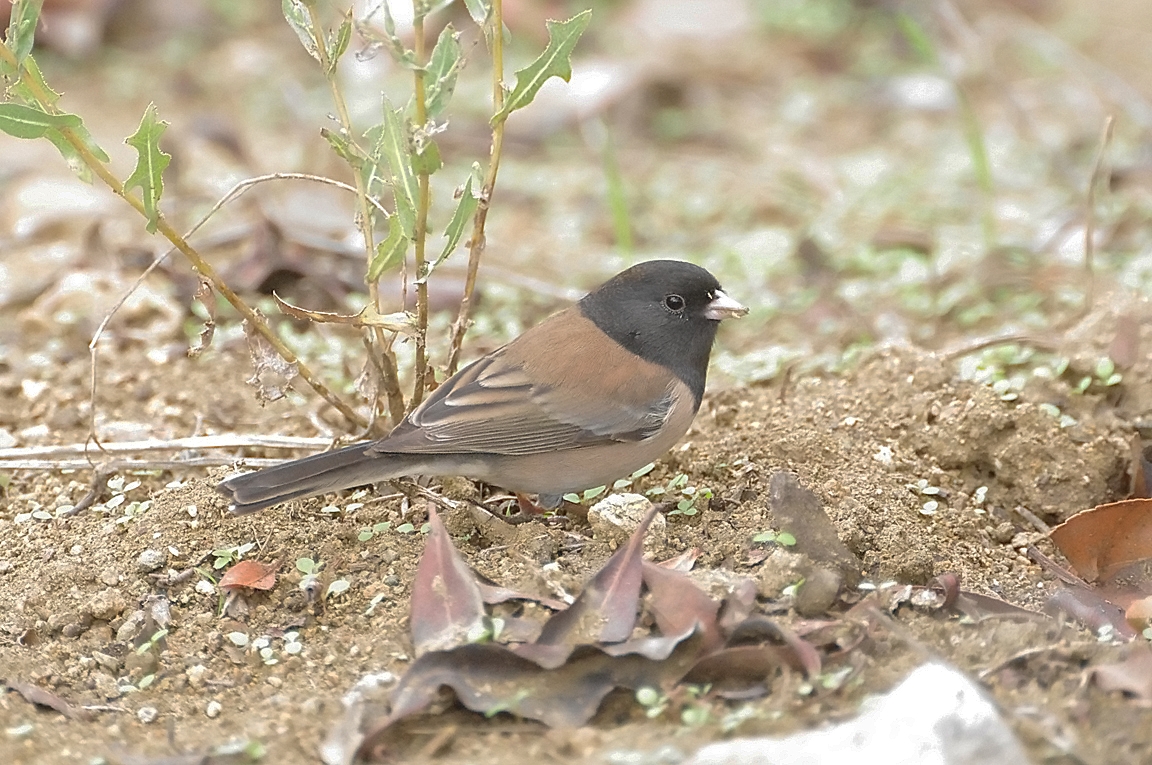 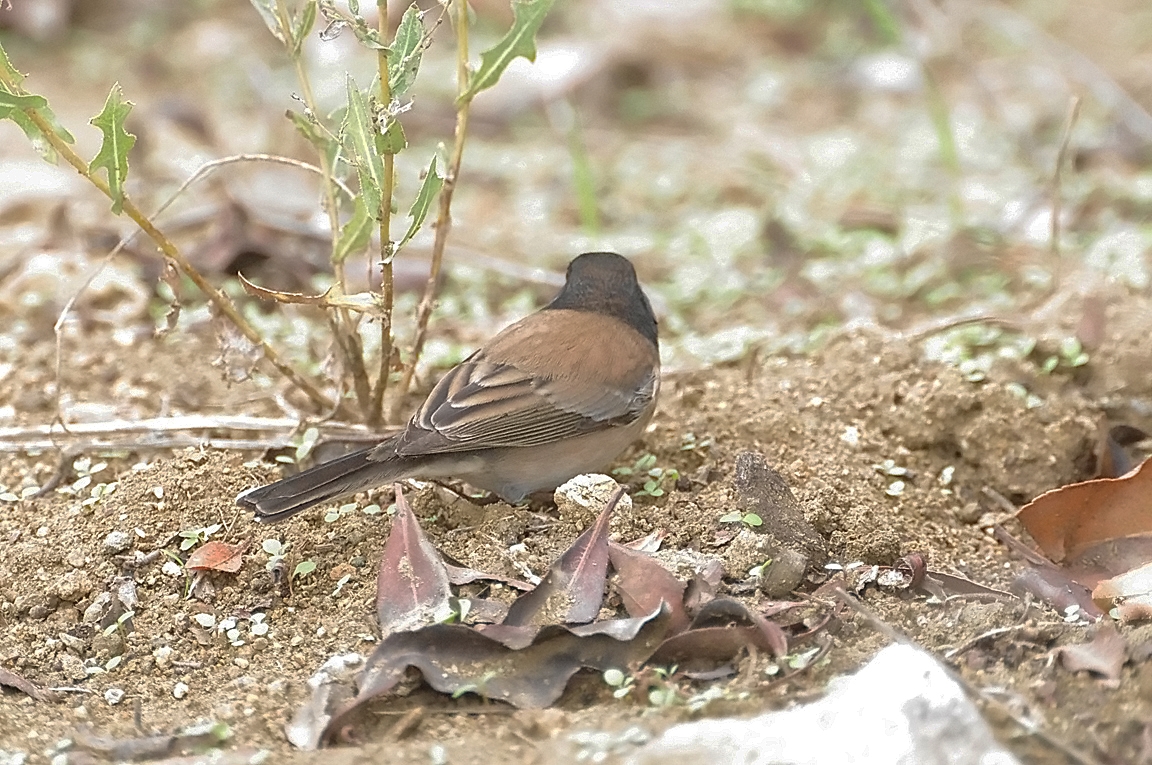 Dark-eyed Juncos are neat, even flashy little sparrows that flit about forest floors of the western mountains and Canada, then flood the rest of North America for winter. They're easy to recognize by their crisp (though extremely variable) markings and the bright white tail feathers they habitually flash in flight. One of the most abundant forest birds of North America, you'll see juncos on woodland walks as well as in flocks at your feeders or on the ground beneath them.

The Dark-eyed Junco is a medium-sized sparrow with a rounded head, a short, stout bill and a fairly long, conspicuous tail.

Juncos vary across the country (see Regional Differences), but in general they're dark gray or brown birds brightened up by a pink bill and white outer tail feathers that periodically flash open, particularly in flight.

There is a huge range of geographic variation in the Dark-eyed Junco. Among the 15 described races, six forms are easily recognizable in the field and five used to be considered separate species until the 1980s. A field guide is the best place to look for complete illustration of ranges and plumages, but in general there are two widespread forms of the Dark-eyed Junco: "slate-colored" junco of the eastern United States and most of Canada, which is smooth gray above; and "Oregon" junco, found across much of the western U.S., with a dark hood, warm brown back and rufous flanks. Other more restricted variations include the slate-colored-like "white-winged" and Oregon-like "pink-sided" juncos of the Rockies and western Great Plains; and the Yellow-eyed Junco-like "red-backed" and "gray-headed" juncos of the Southwest. 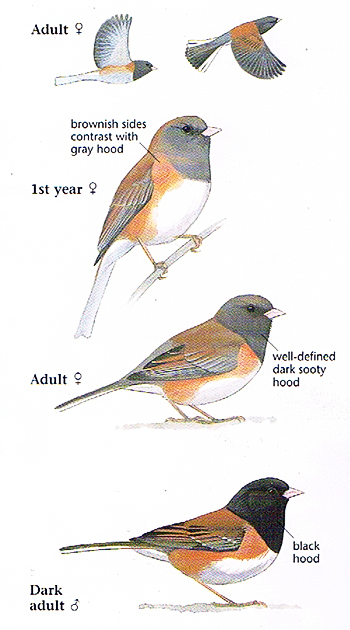 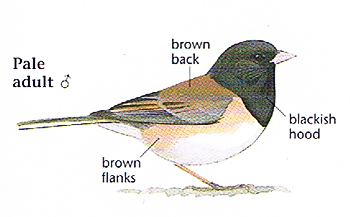