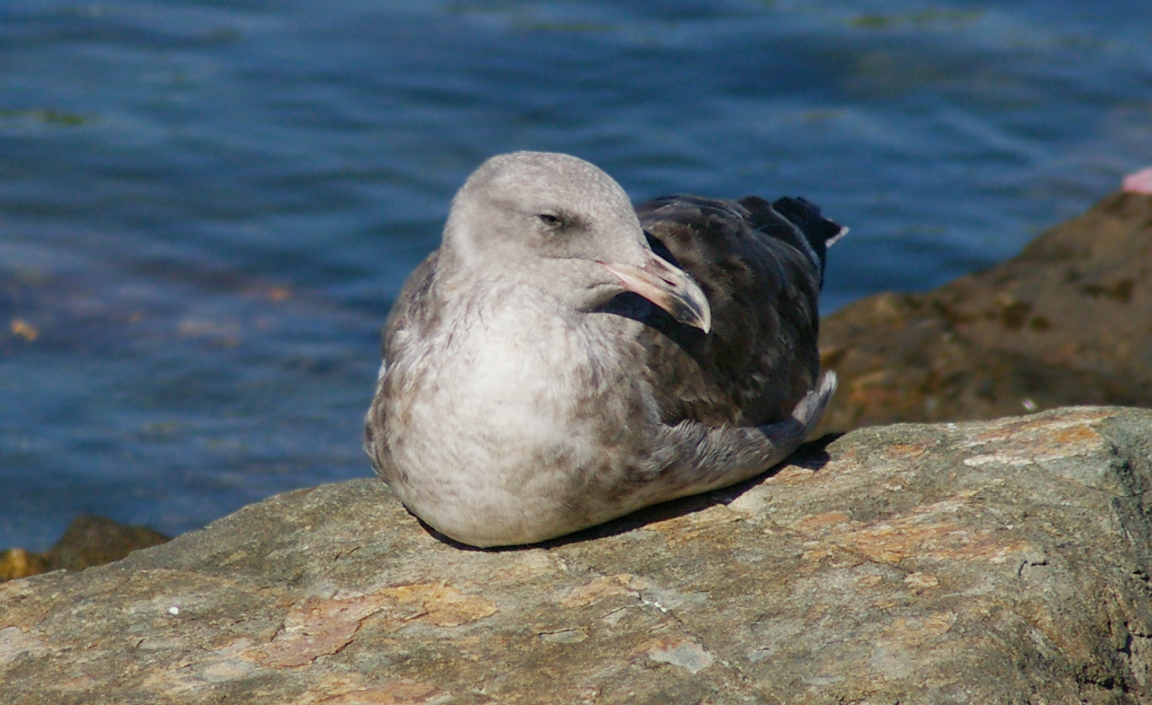 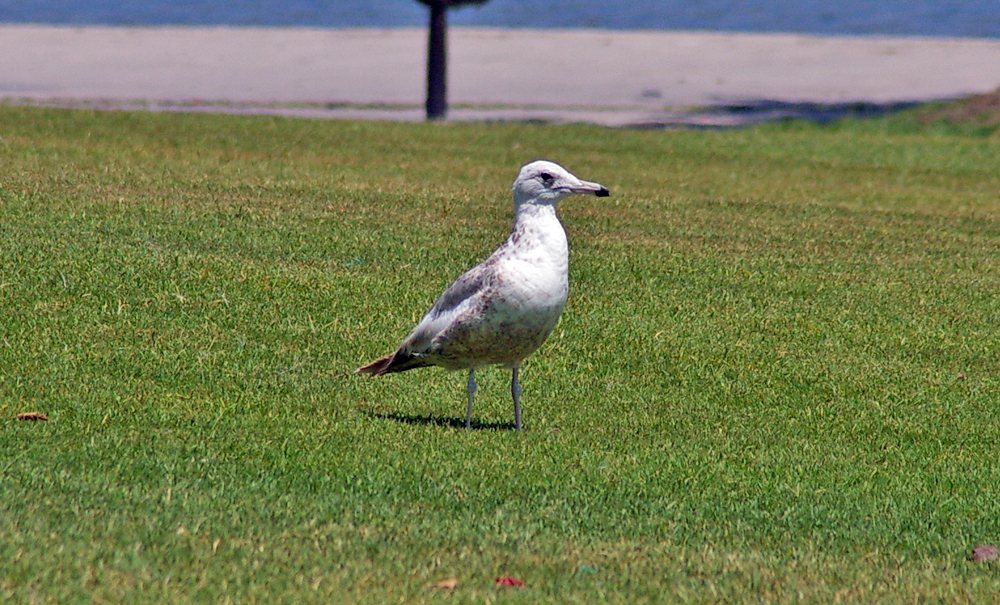 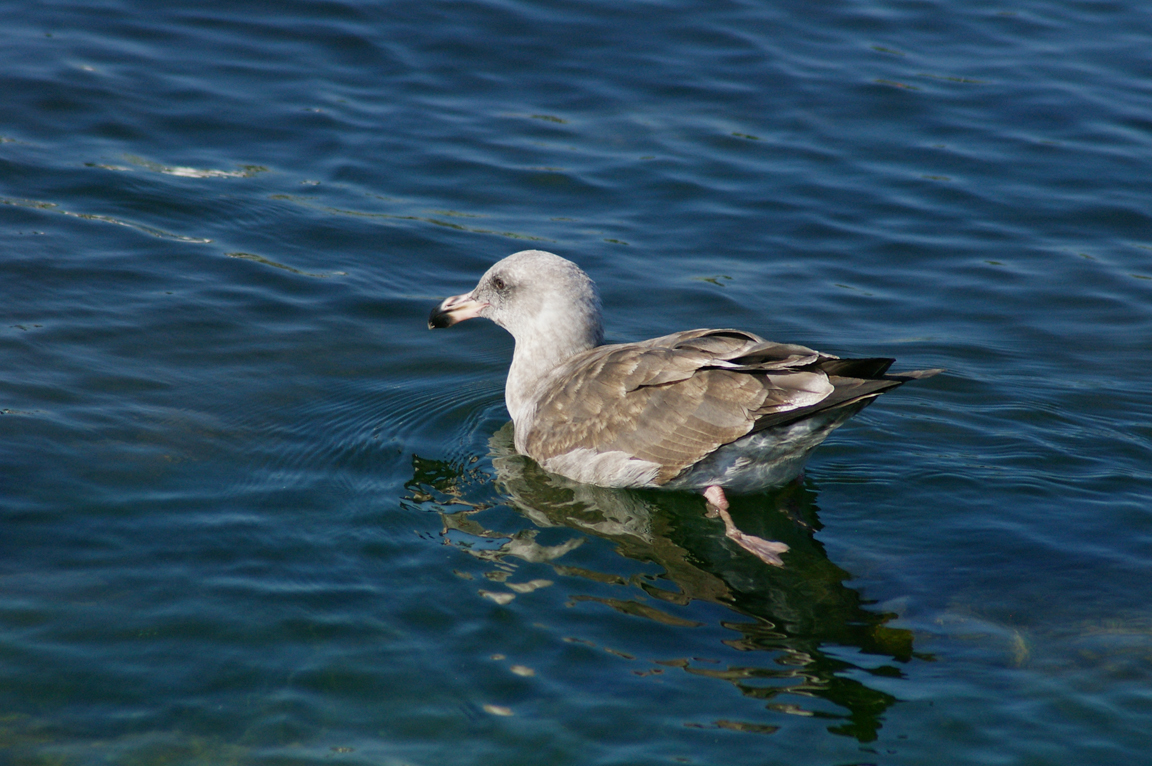 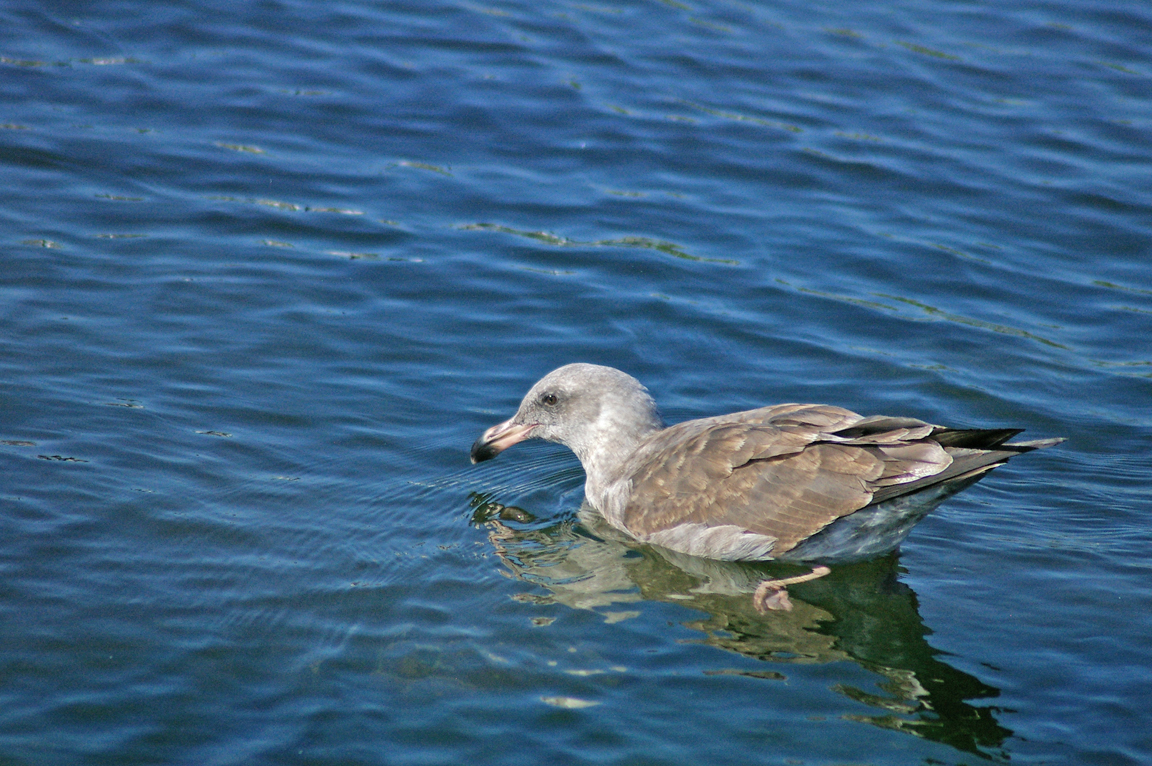 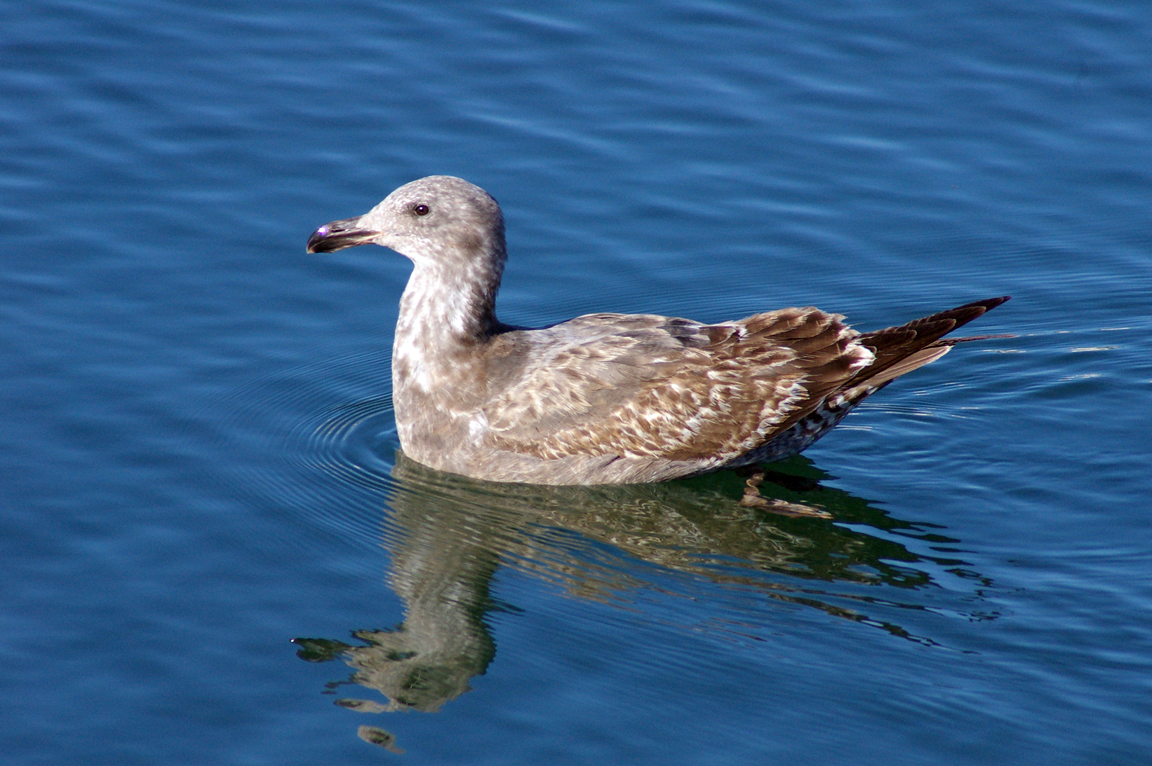 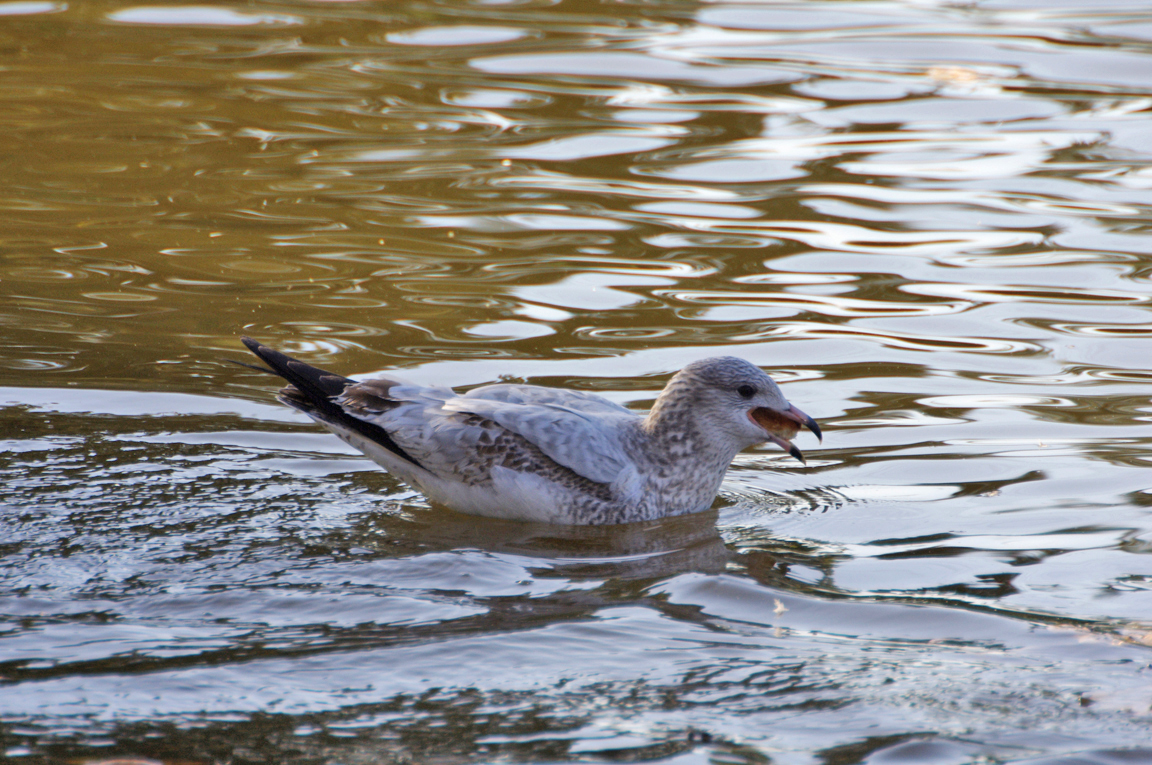 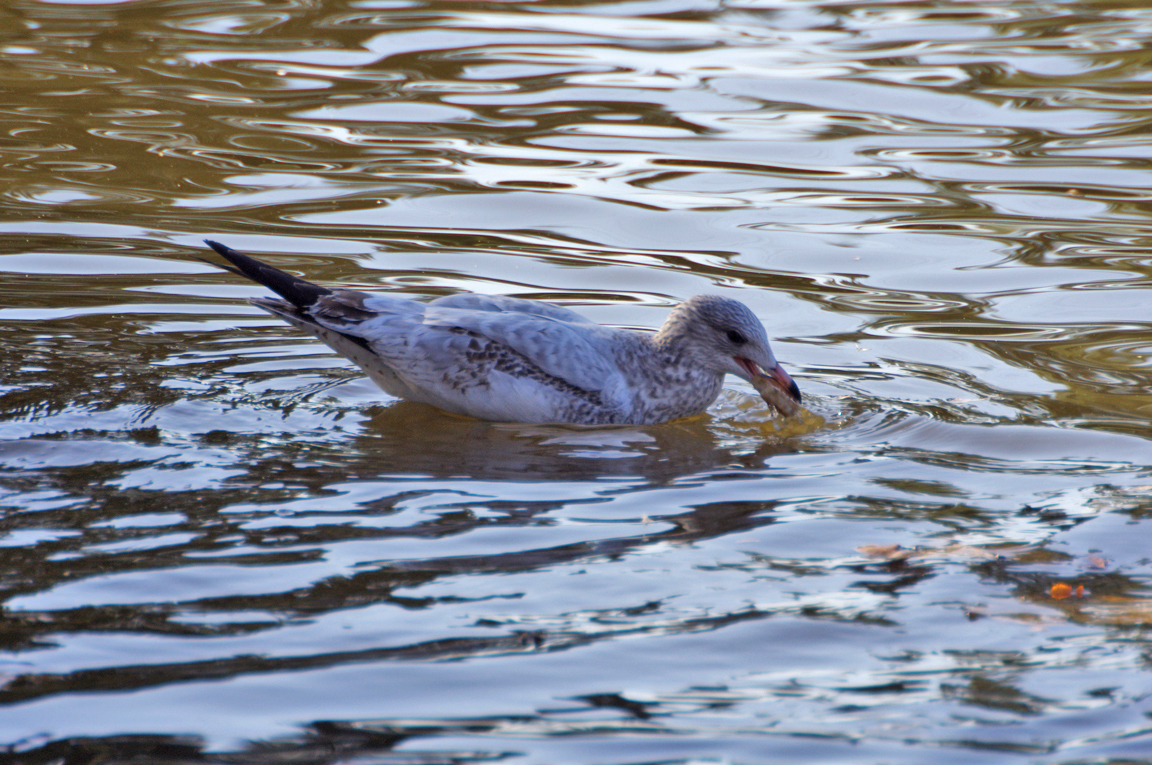 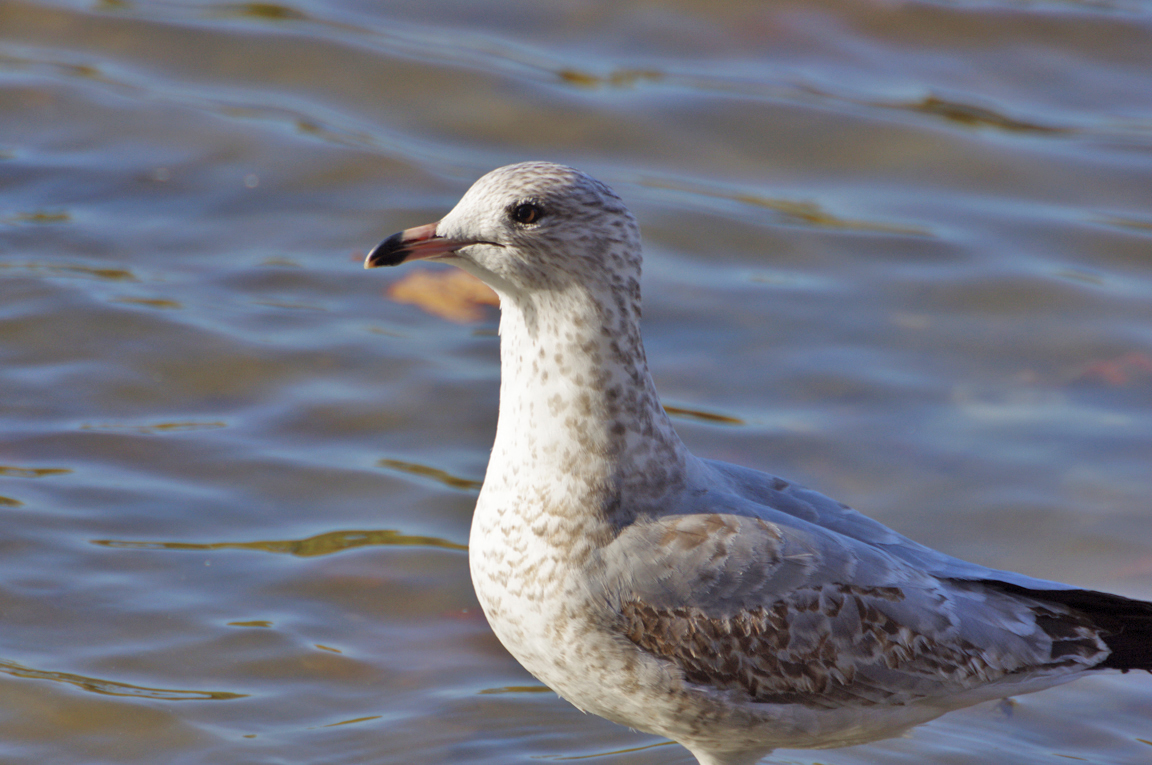 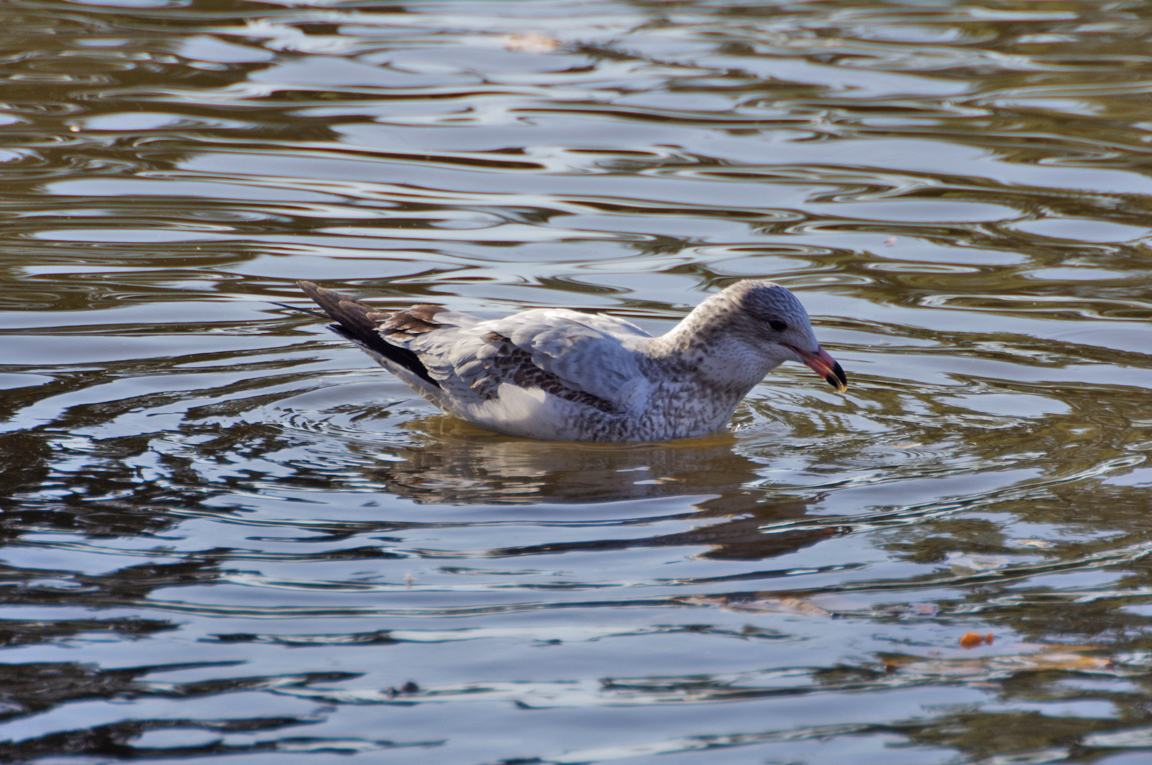 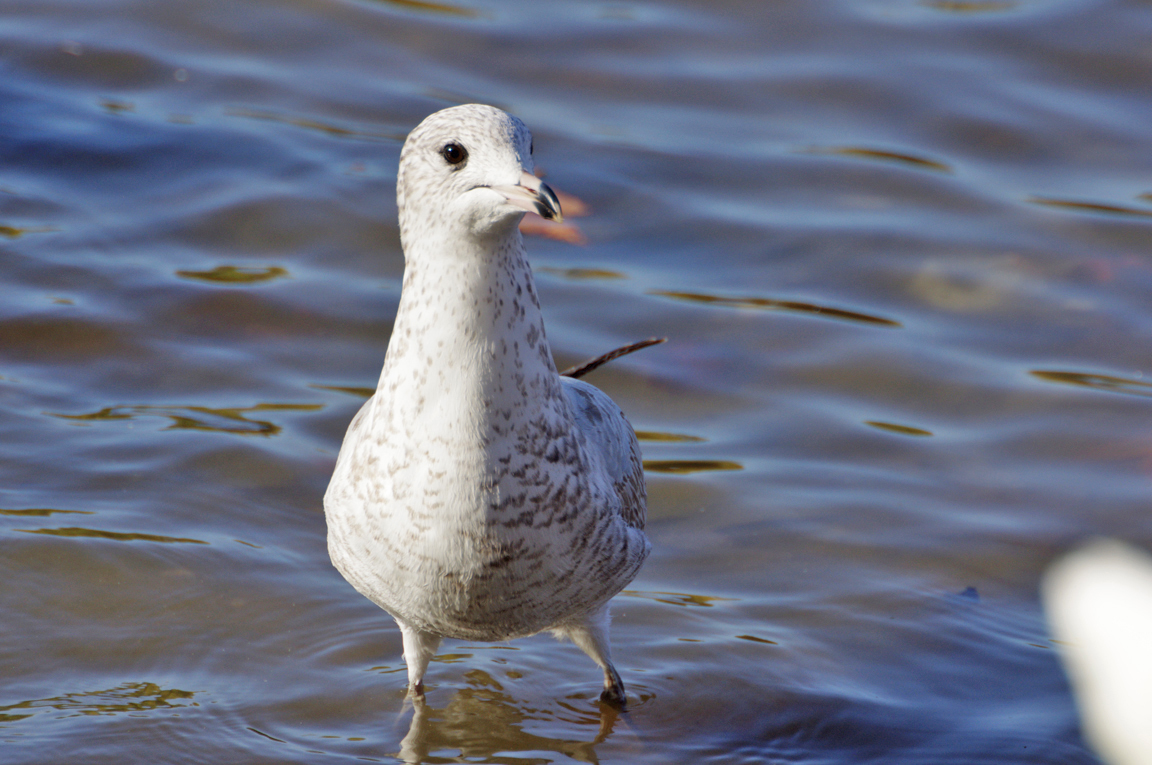 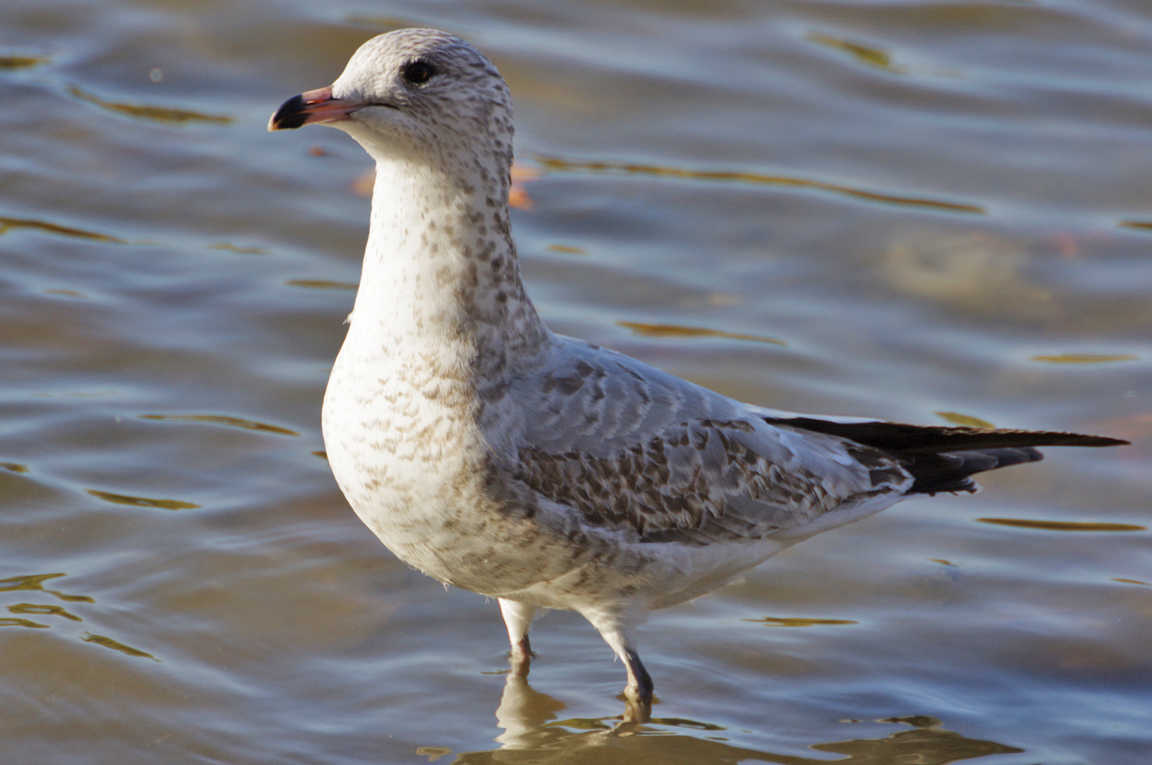 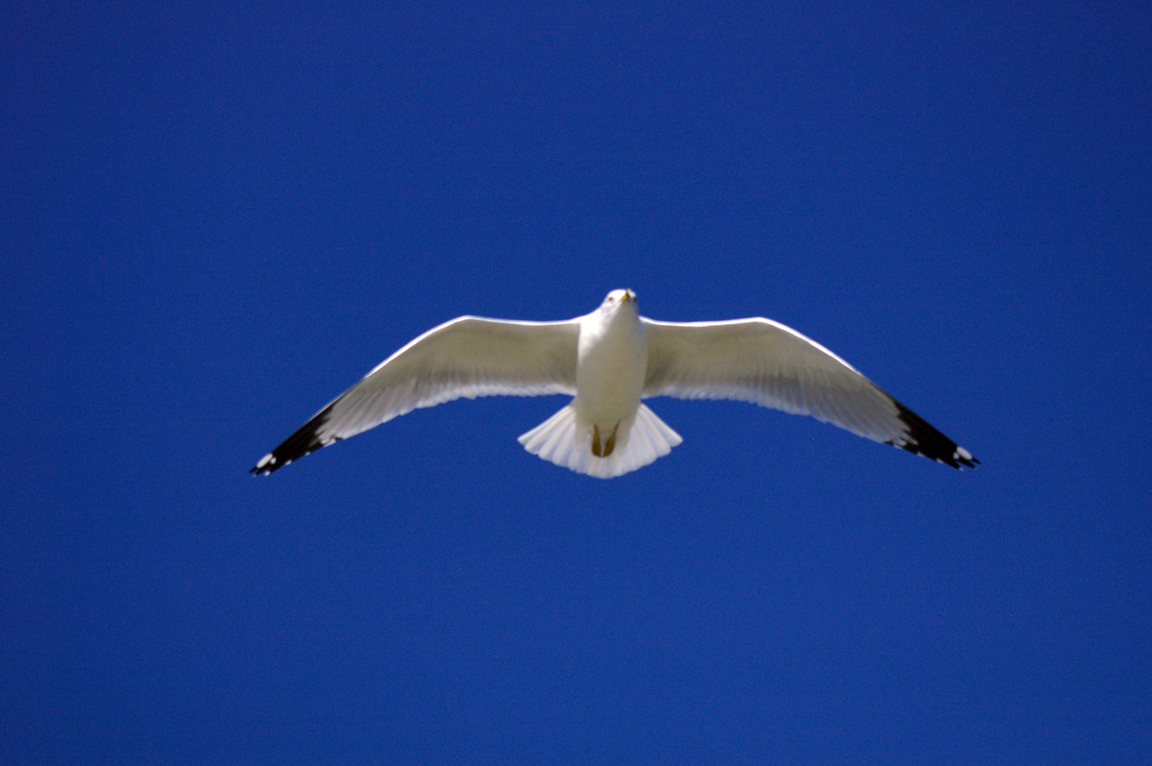 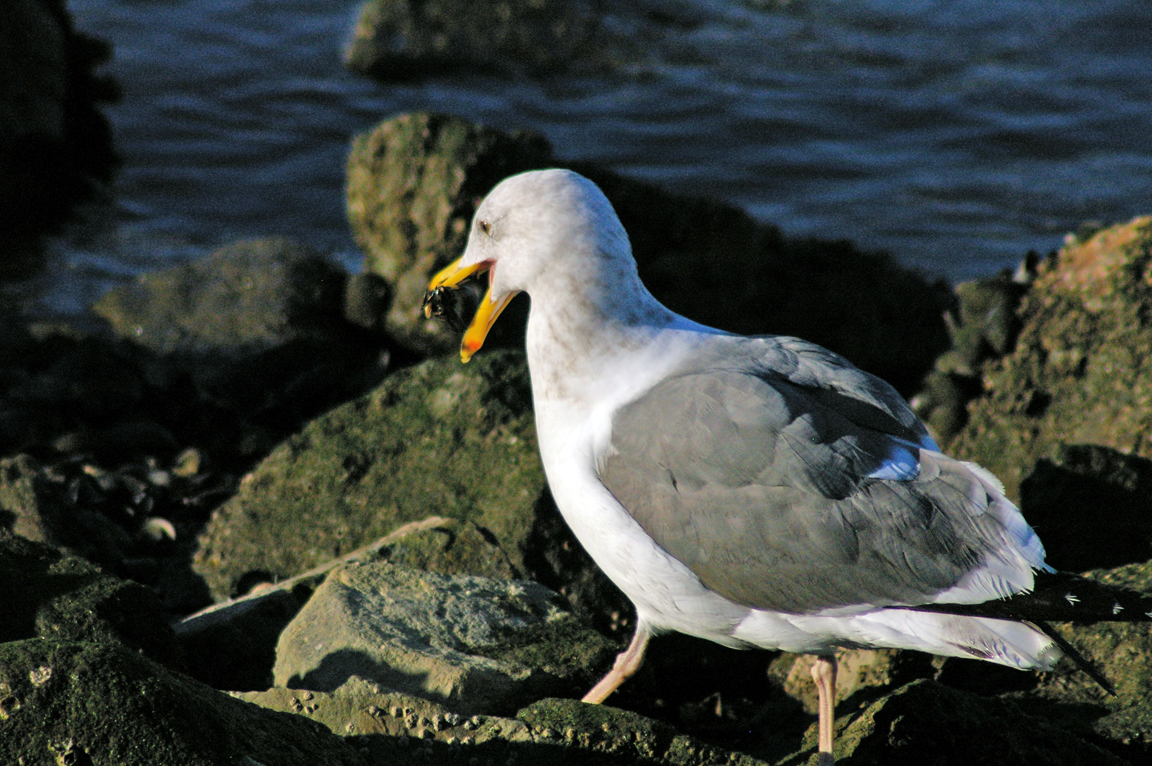 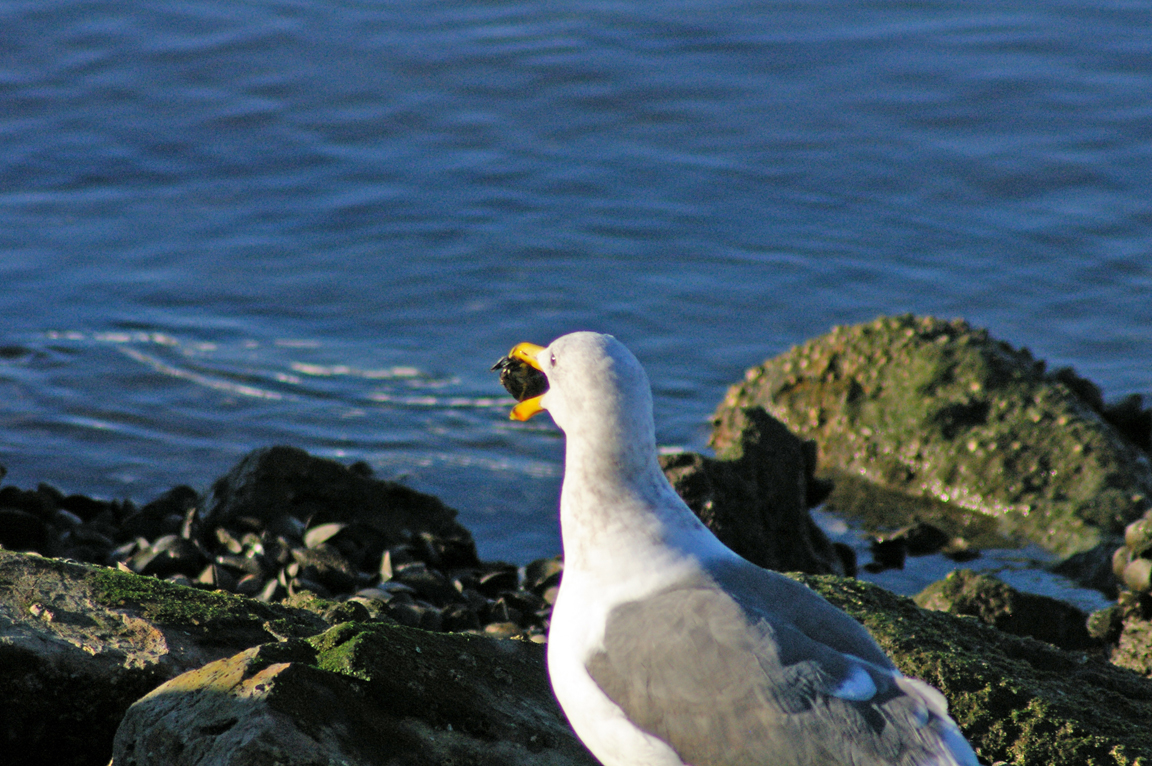 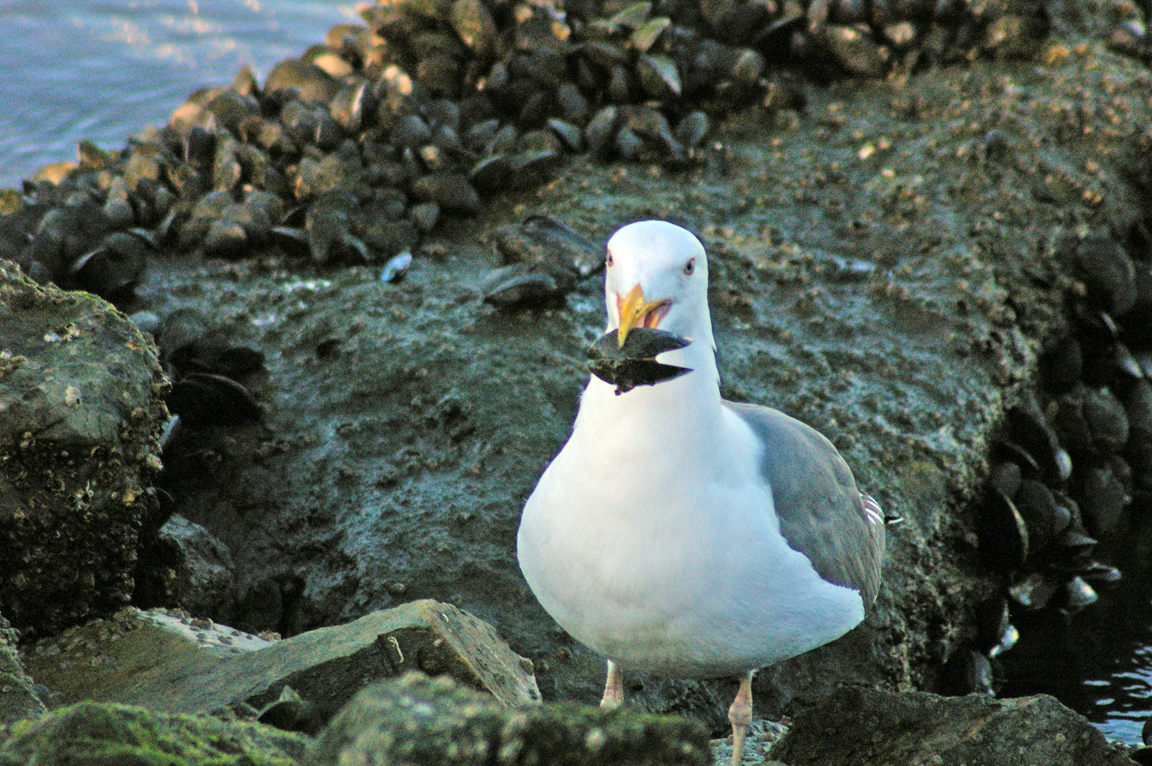 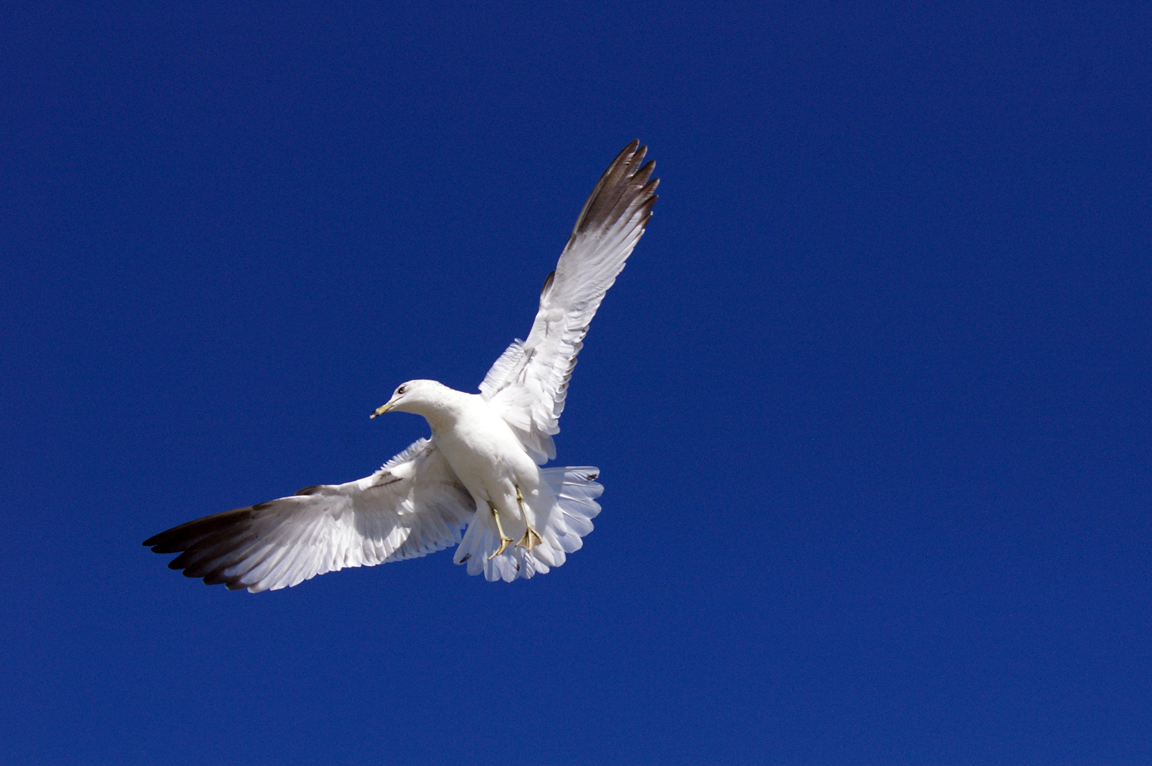 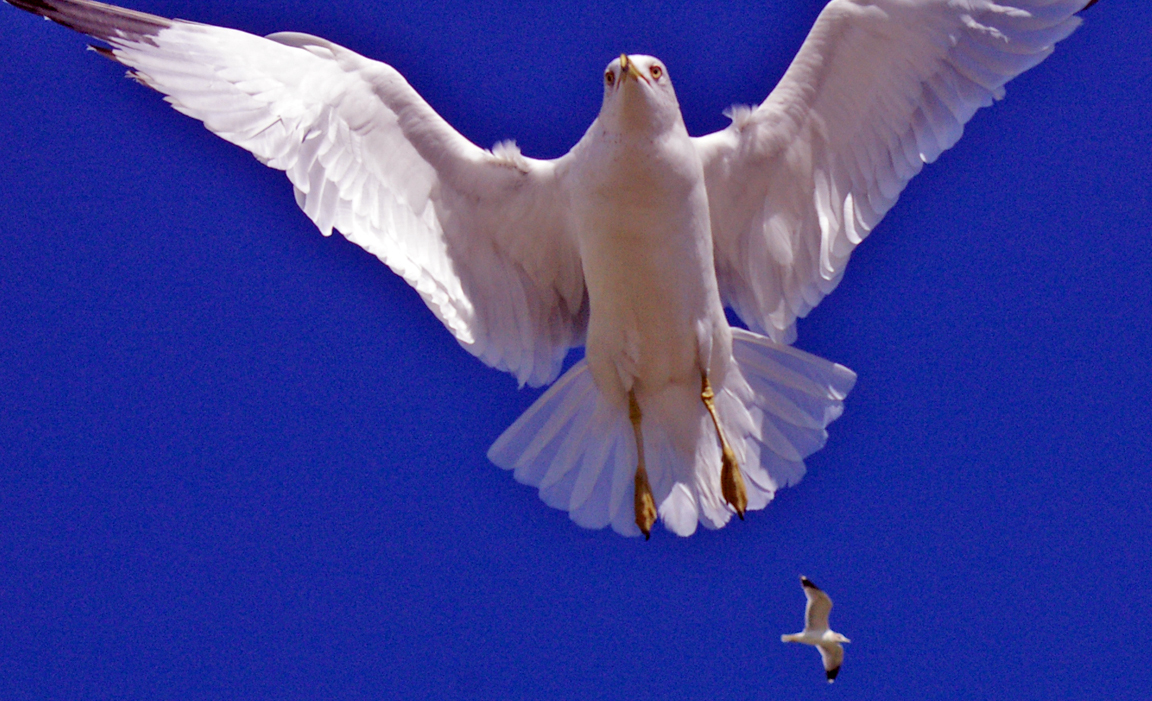 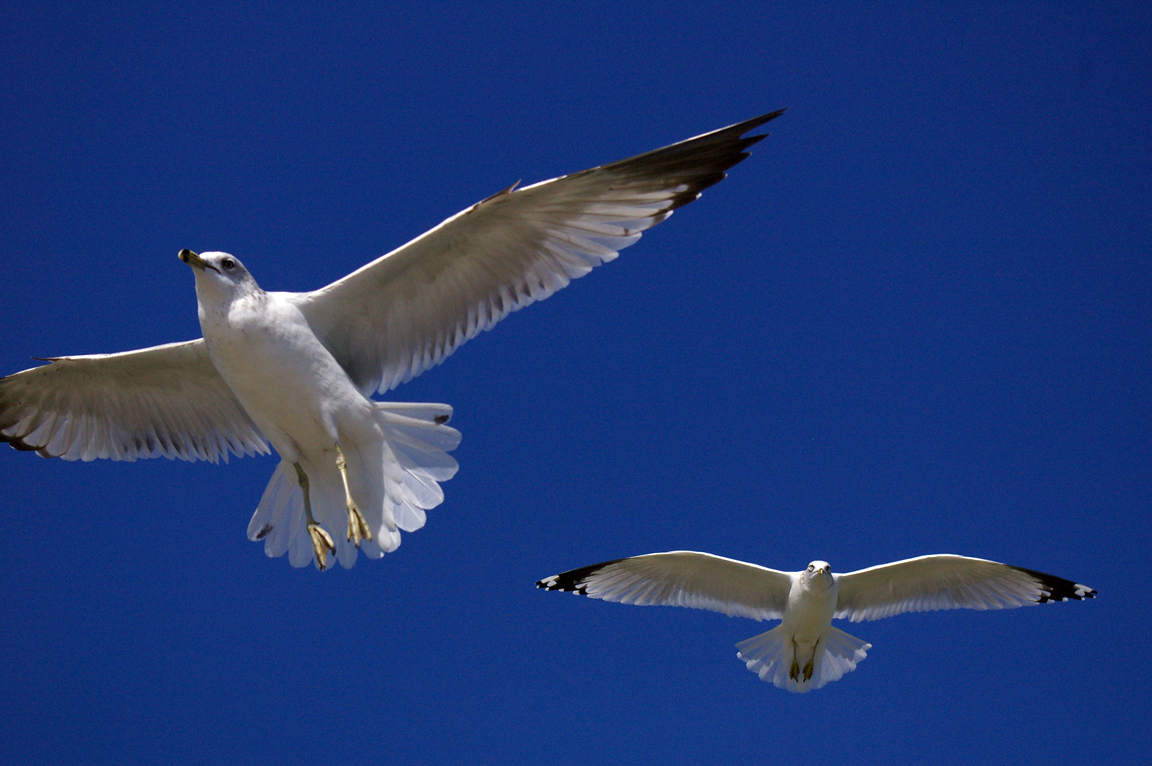 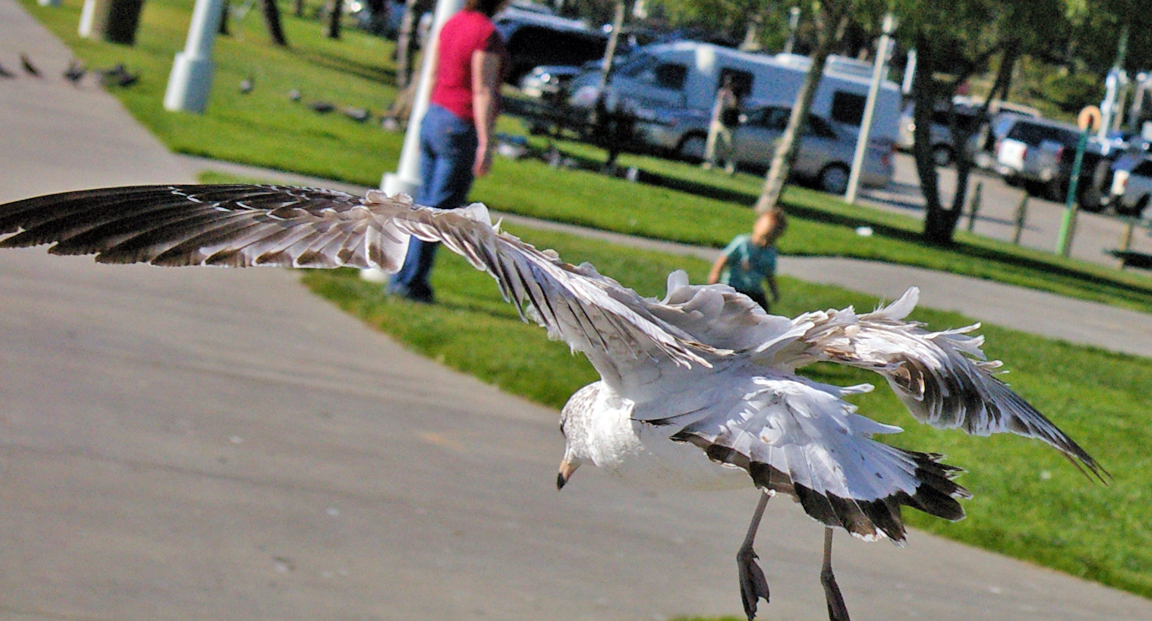 A common winter gull of the West Coast, the California Gull breeds inland across large areas of the West. It can be found in parking lots and lakes from California to Manitoba.

Like breeding, but with light gray mottling on the white head and nape. 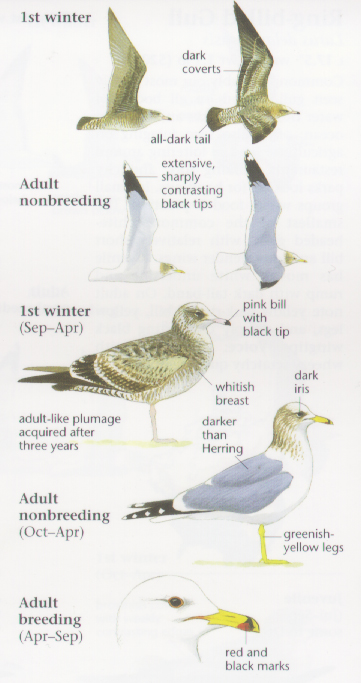 First Winter (Basic I): Like juvenal, but head, throat, and breast whiter, and back is dusky gray with spots of brown. Belly is mainly white. Bill black with base becoming paler. Eyes dark brown.

Second Summer (Alternate II): Head and neck largely white, but most birds have some dusky markings on lower nape. Wing tips black, but outermost two may have white spots. Back gray, wings mottled gray and brown. Underparts mostly white, with some birds having dark feathers in center of belly. Bill cream to greenish to yellow, with black band and beginning of red spot on lower mandible. Eyes dark brown. Legs and feet variable, cream to gray to greenish to yellow.

Up close and personal