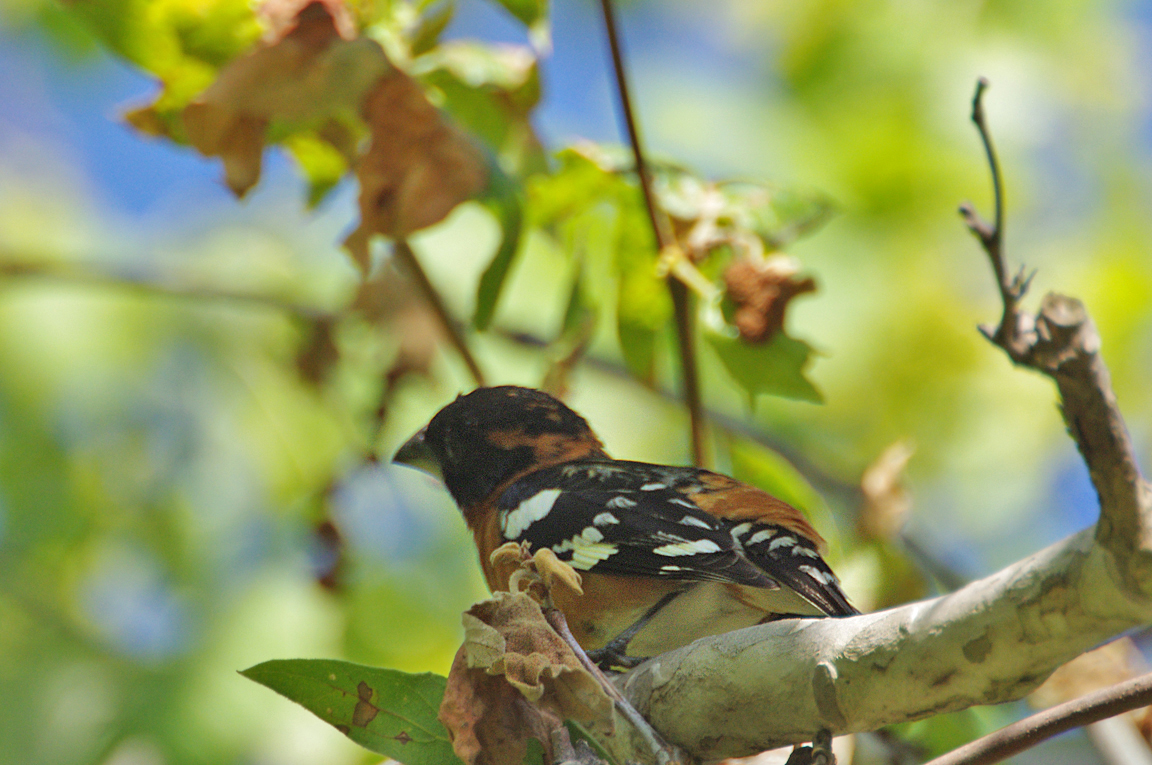 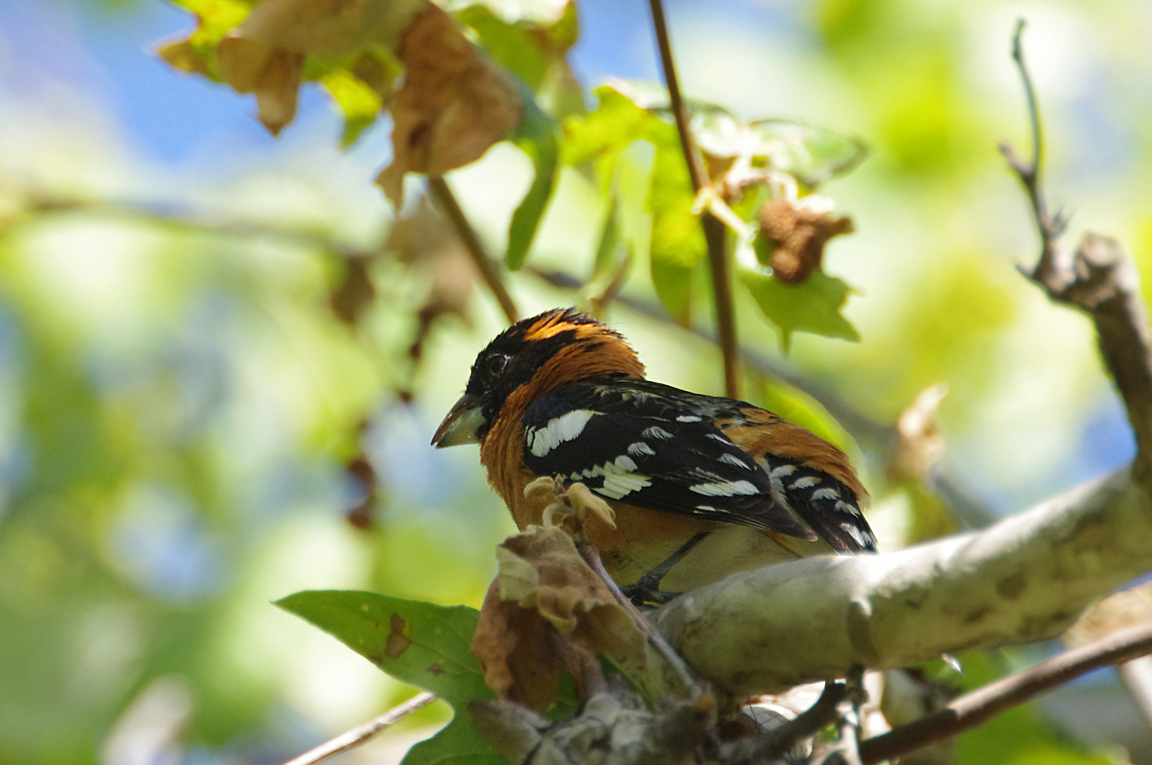 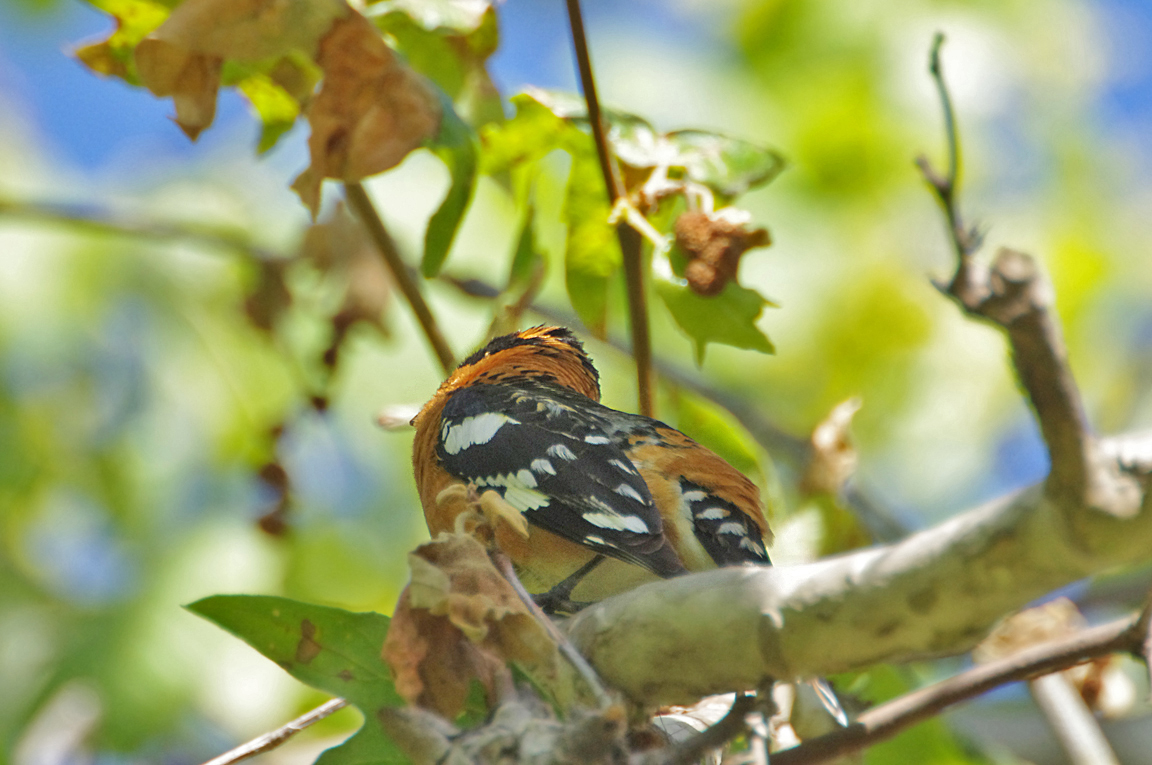 A common and familiar bird of the American West, the Black-headed Grosbeak can be found in mountain forests, along desert streams, or in backyards and gardens. The male and female differ greatly in their plumage, with the male being a flashy black, white, and cinnamon, and the female a drab buff and brown.

Similar, but dark feathers tipped with buff, hiding much of plumage pattern.

Head brown with buffy to white (occasionally lemon-yellow) crown and eyestripe, a pale chin, brown wings and tail with indistinct buffy spots, and heavily streaked body plumage that is dull cinnamon to buff with variable amounts of yellow.