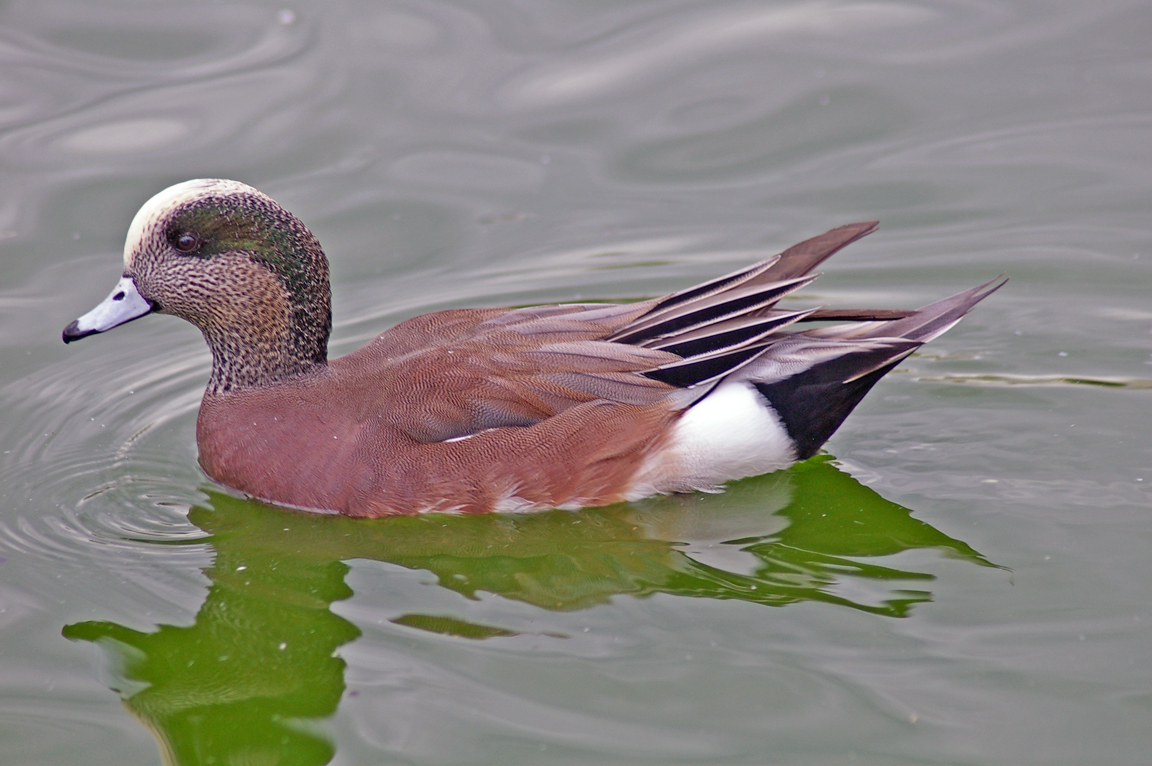 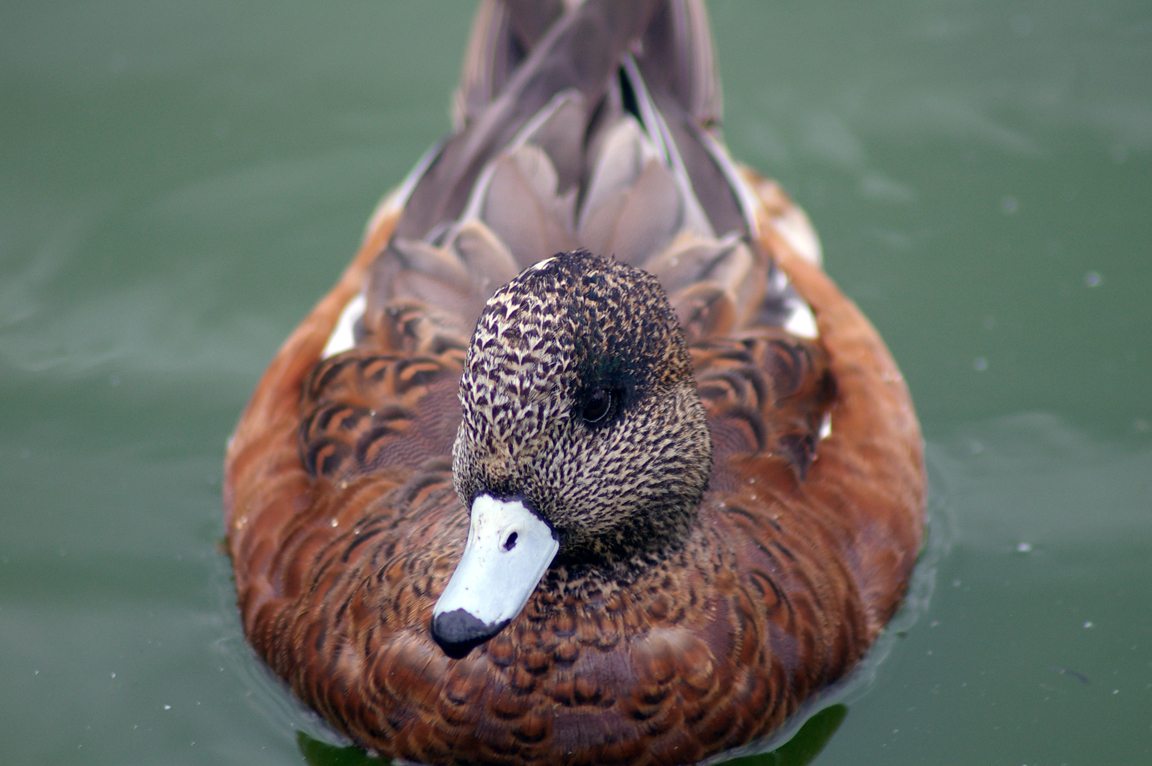 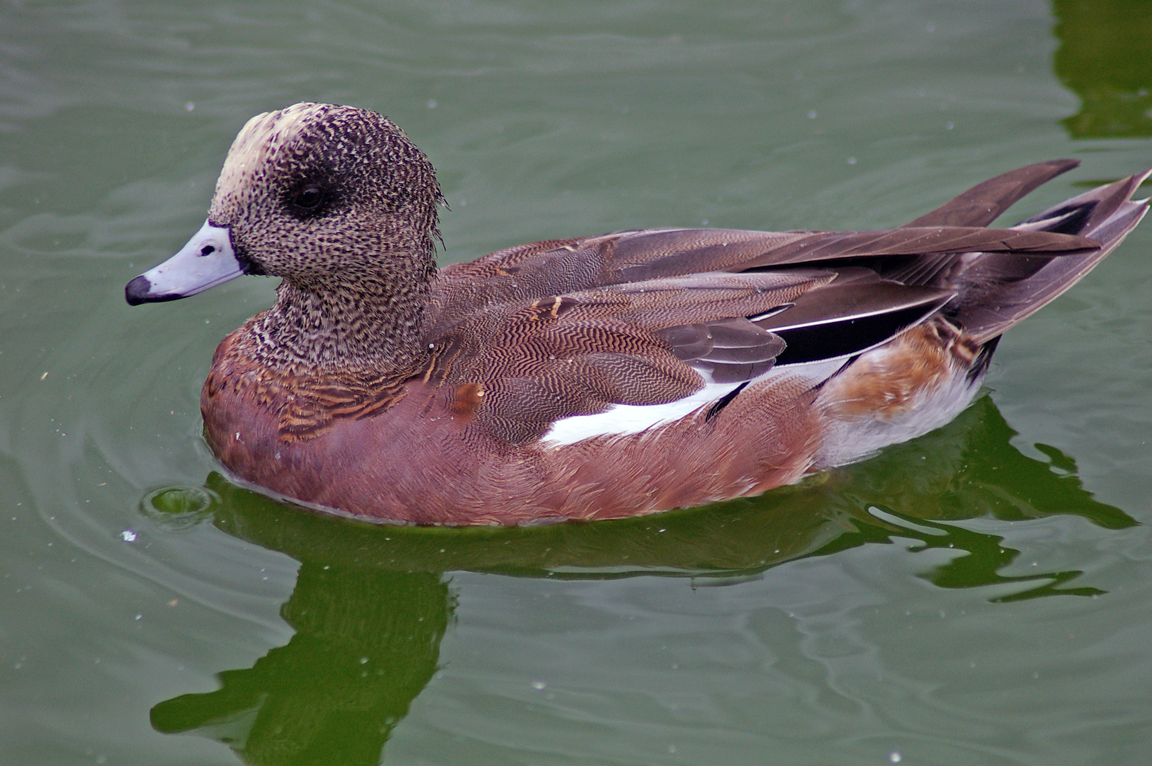 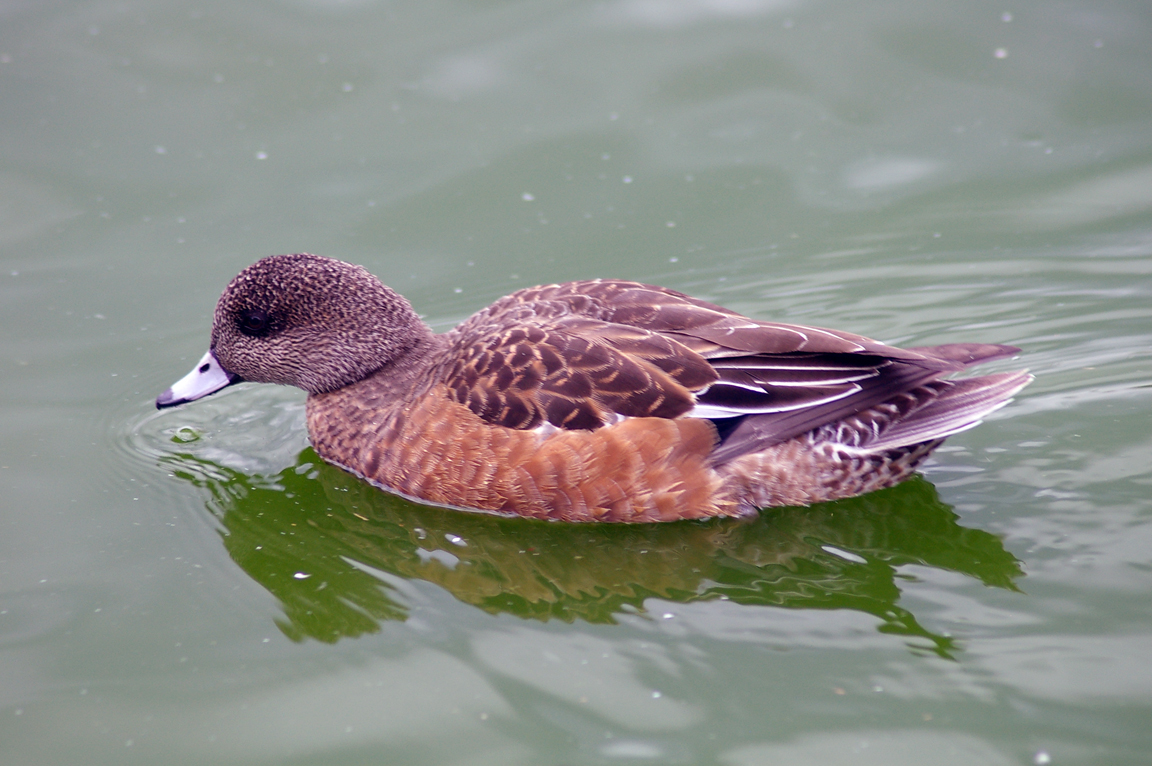 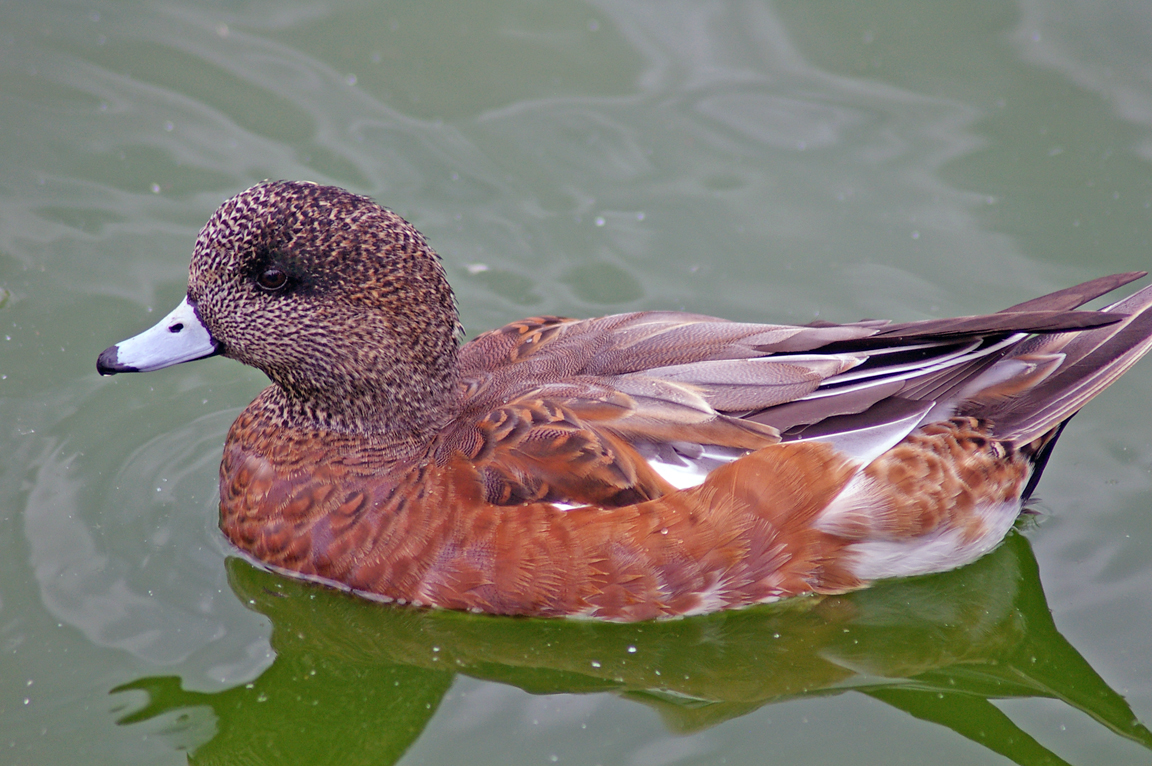 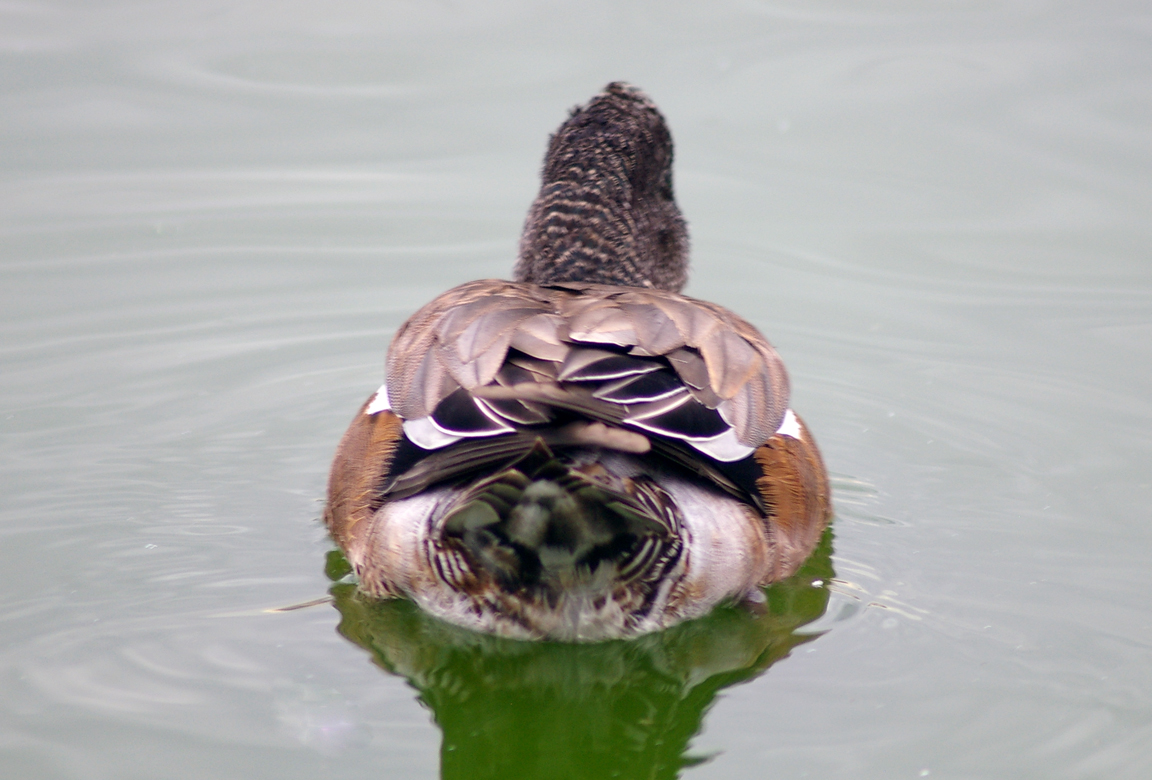 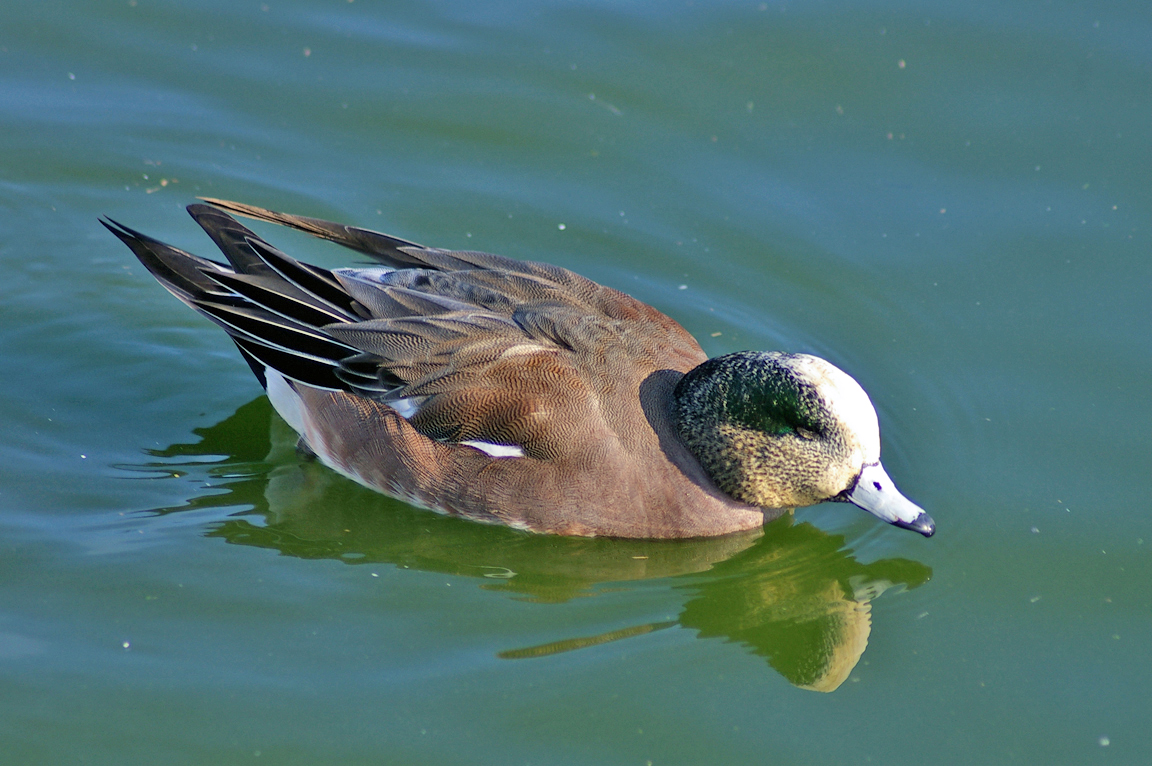 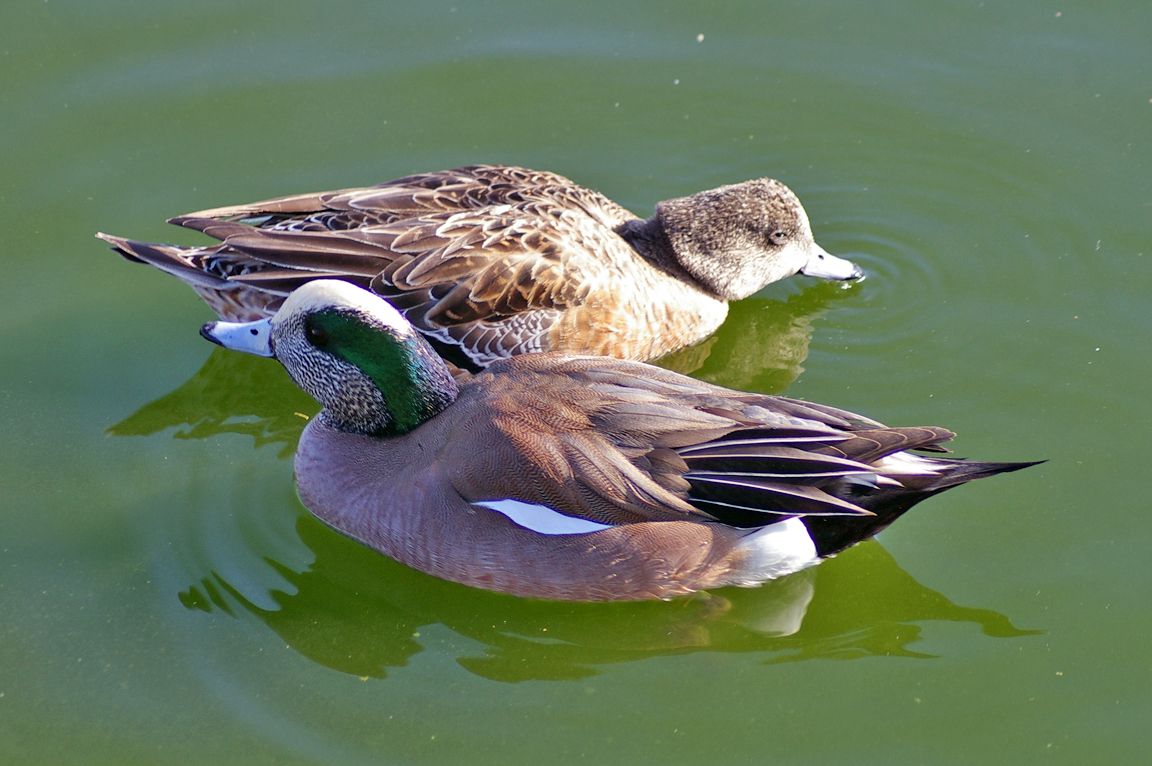 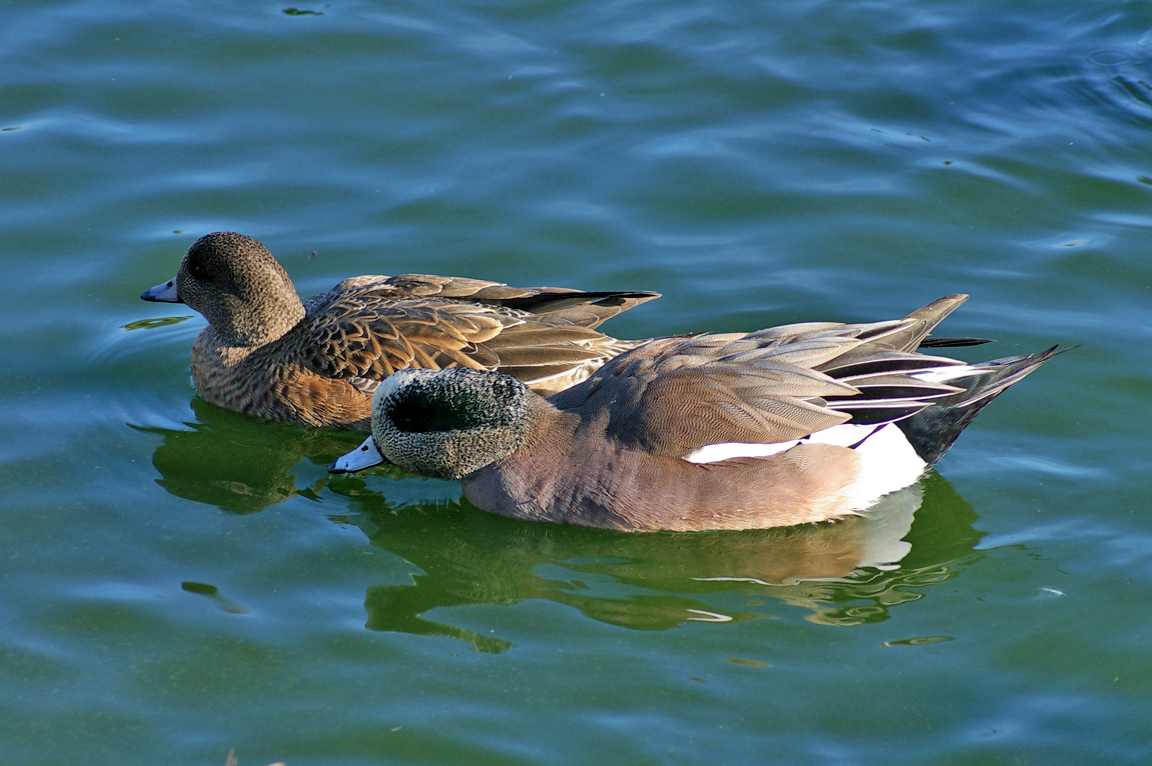 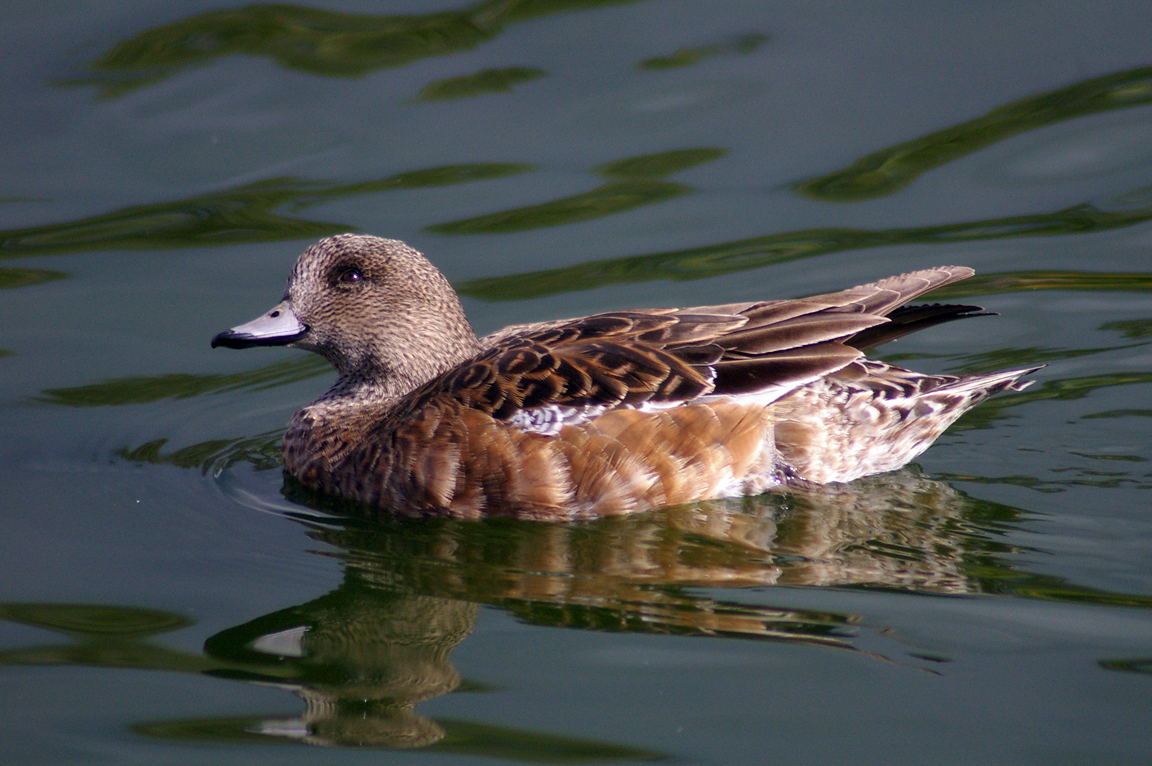 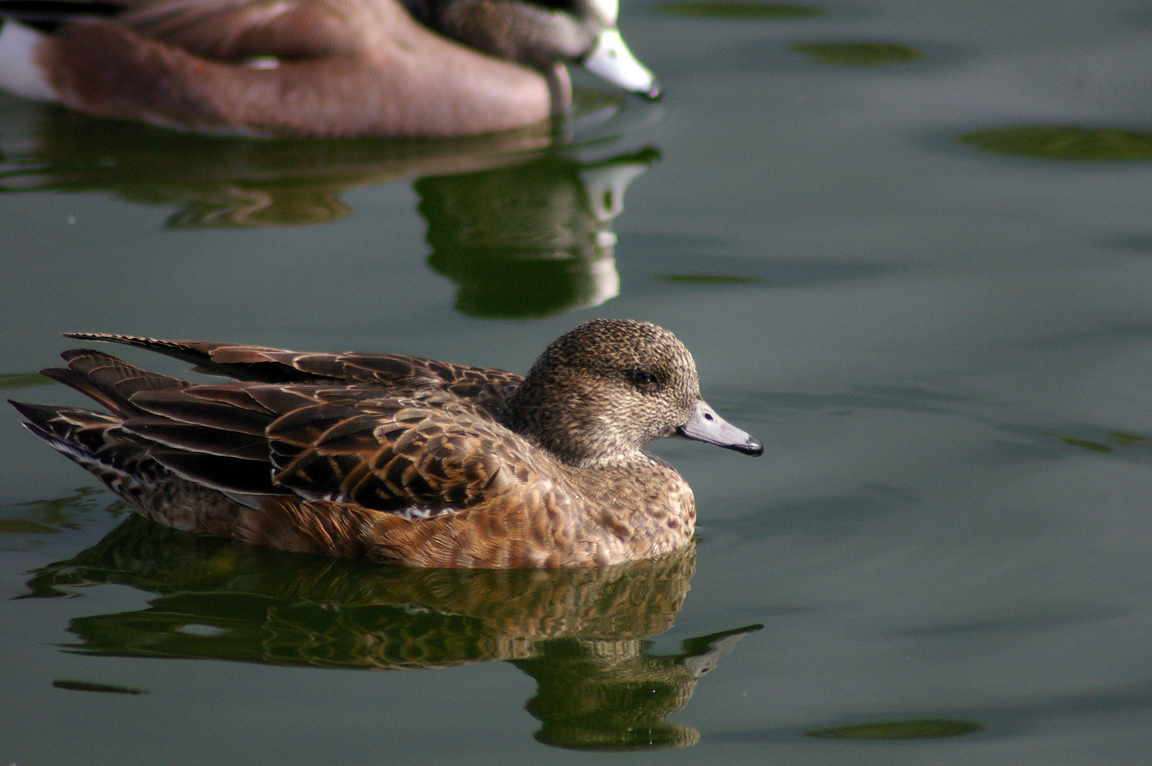 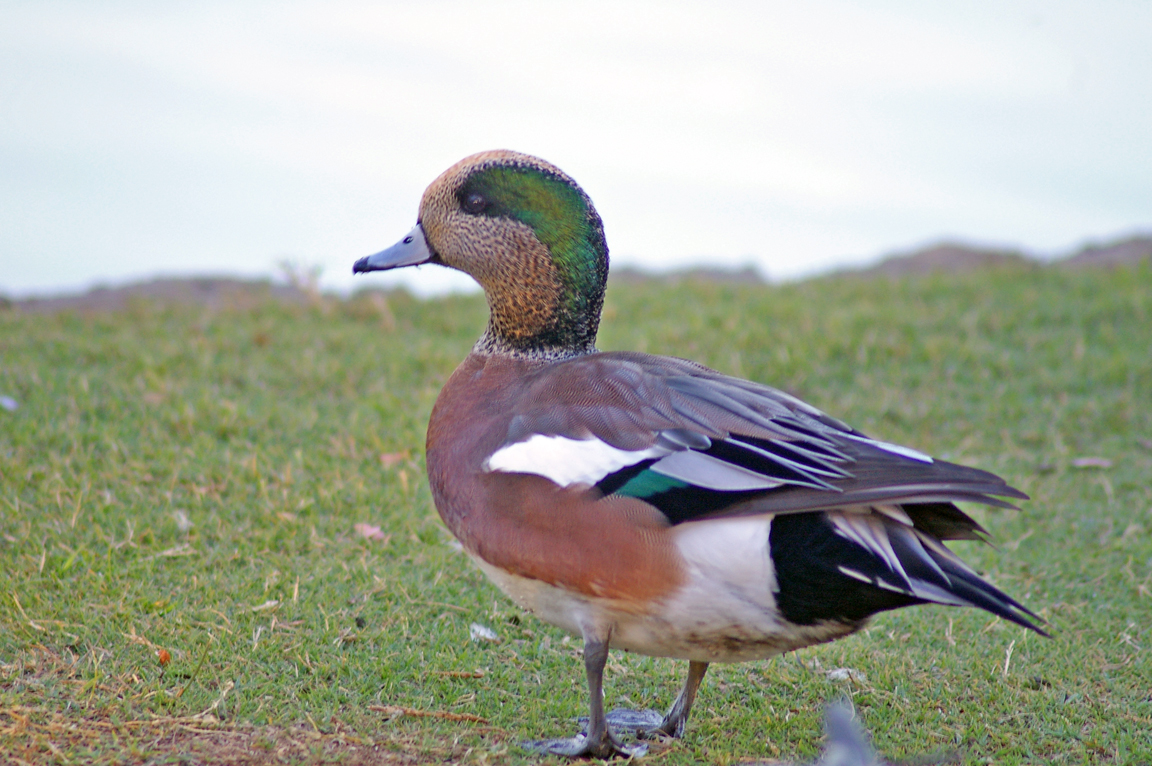 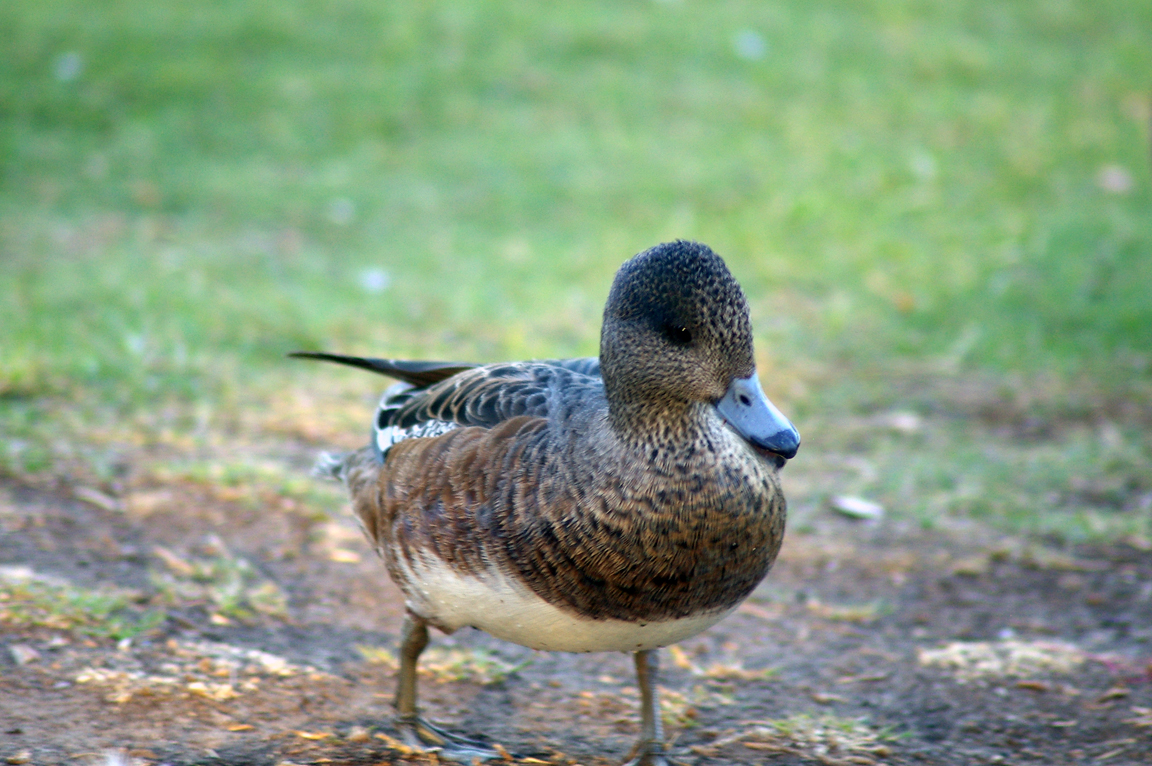 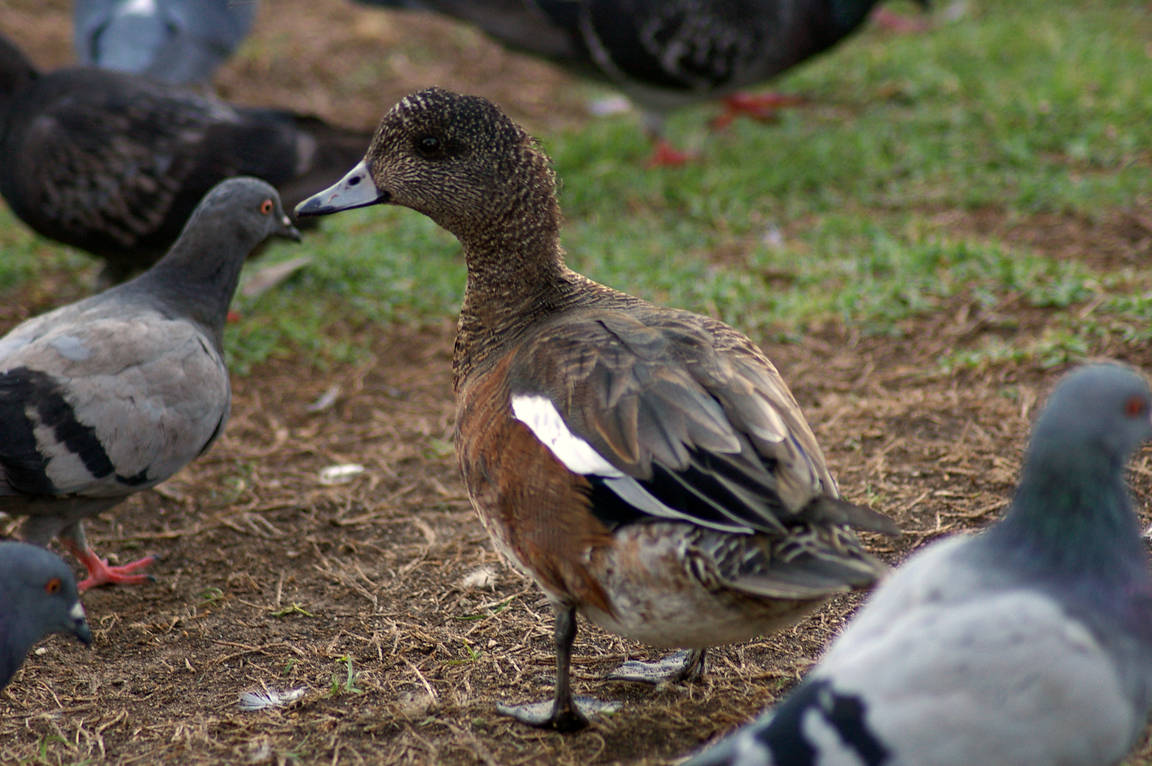 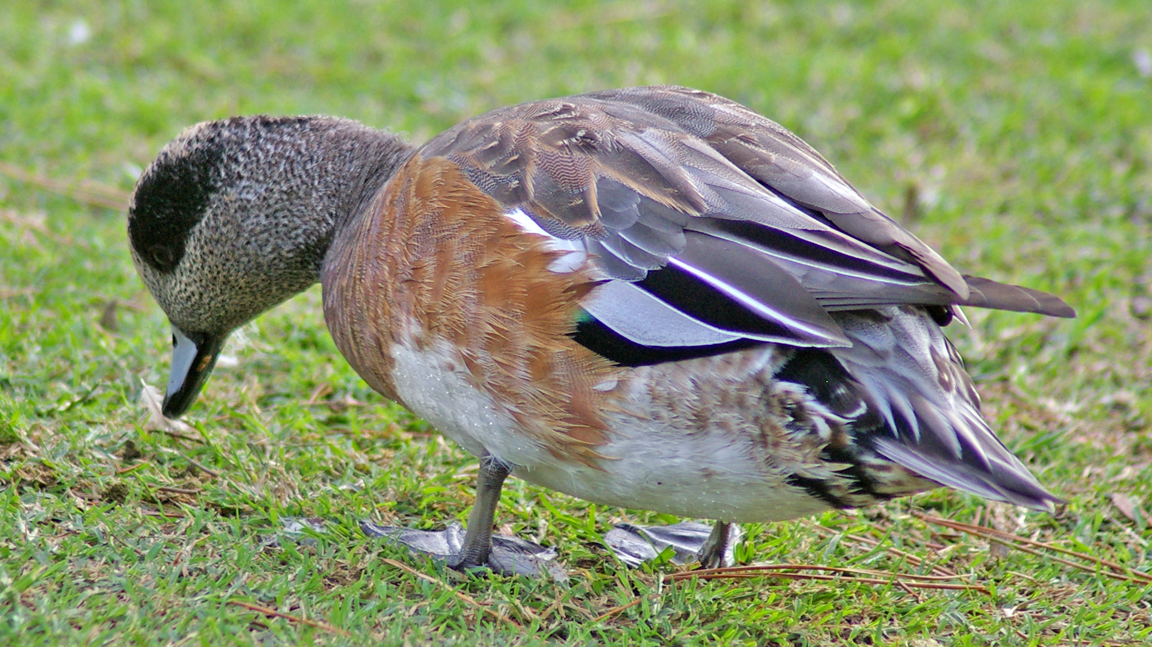 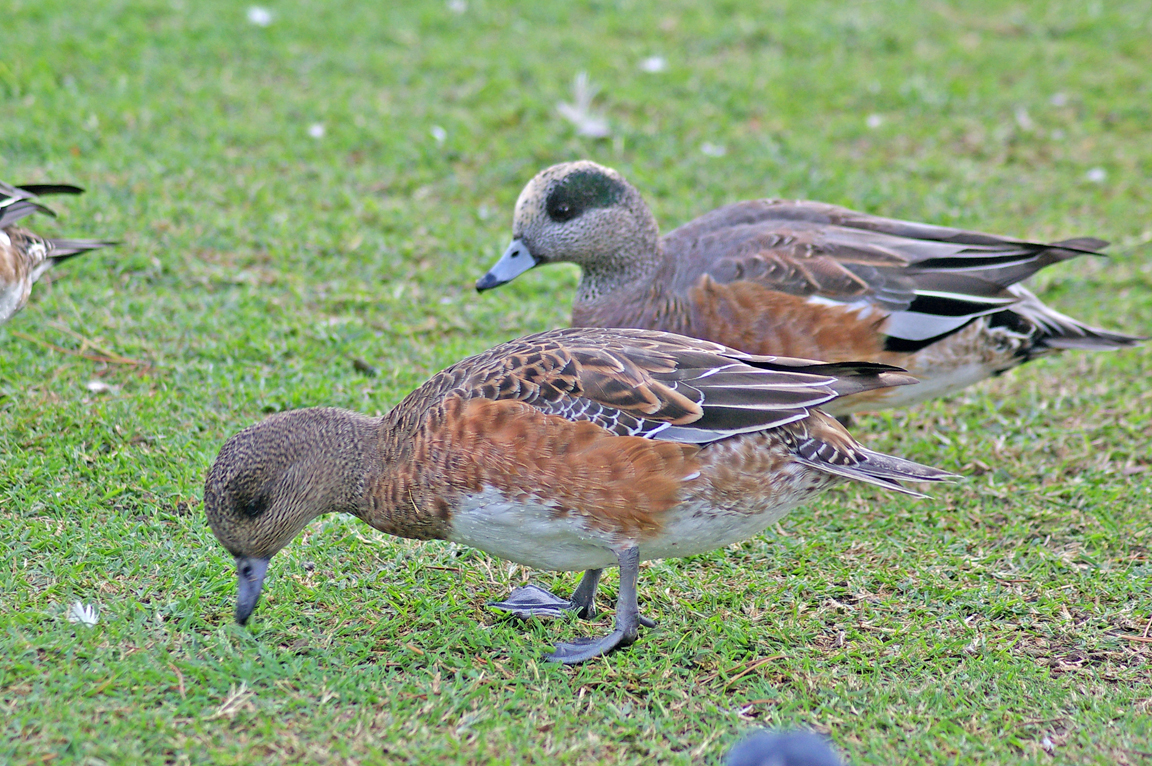 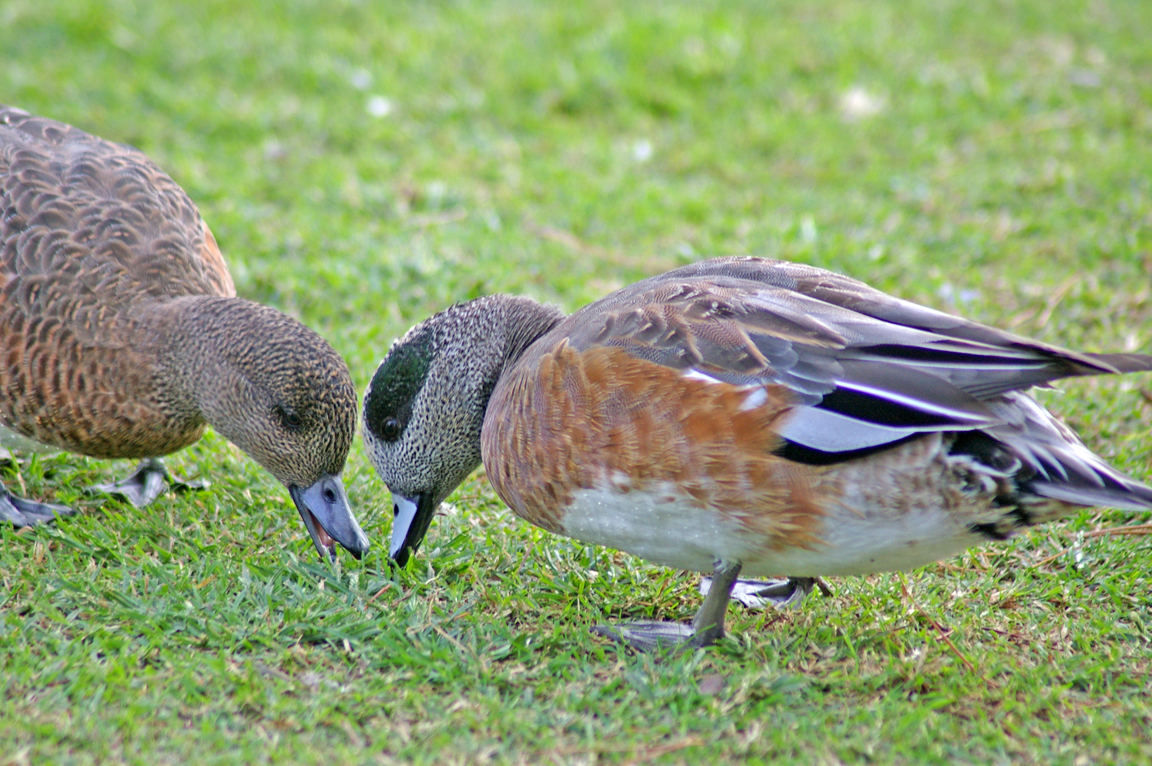 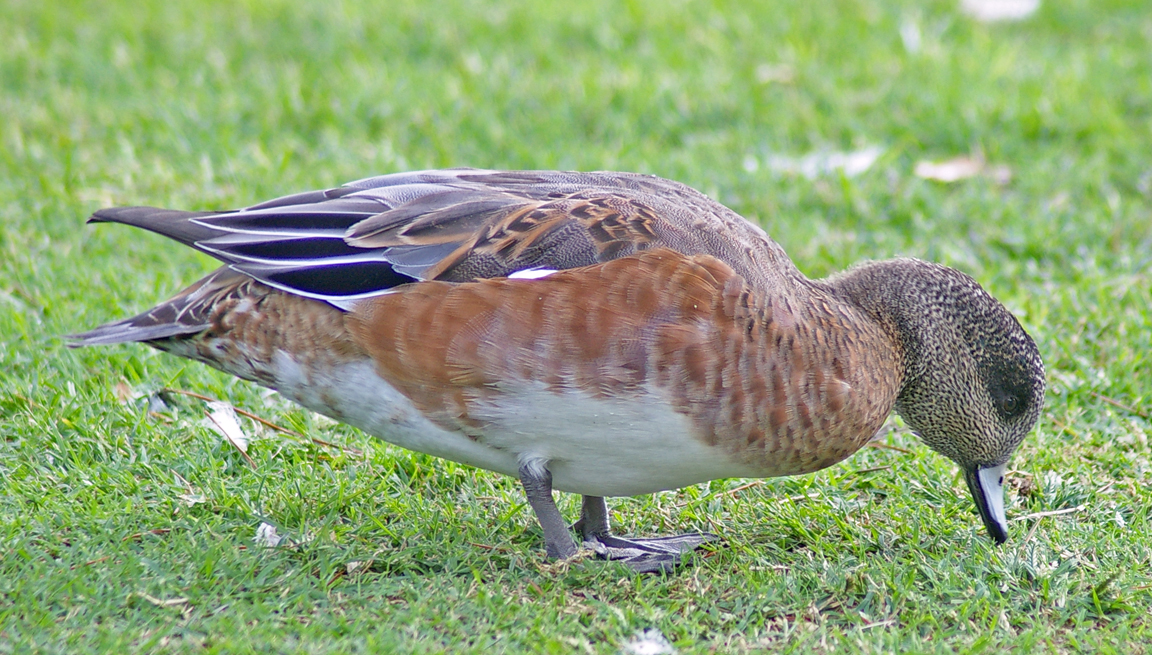 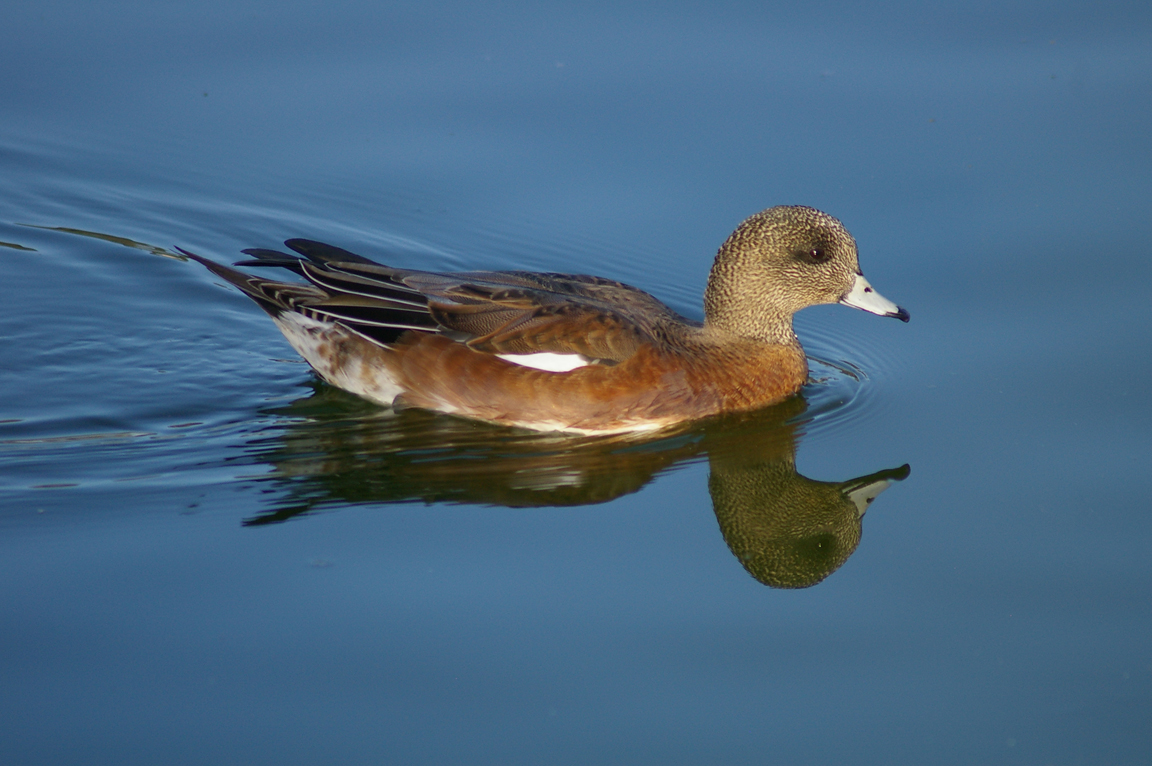 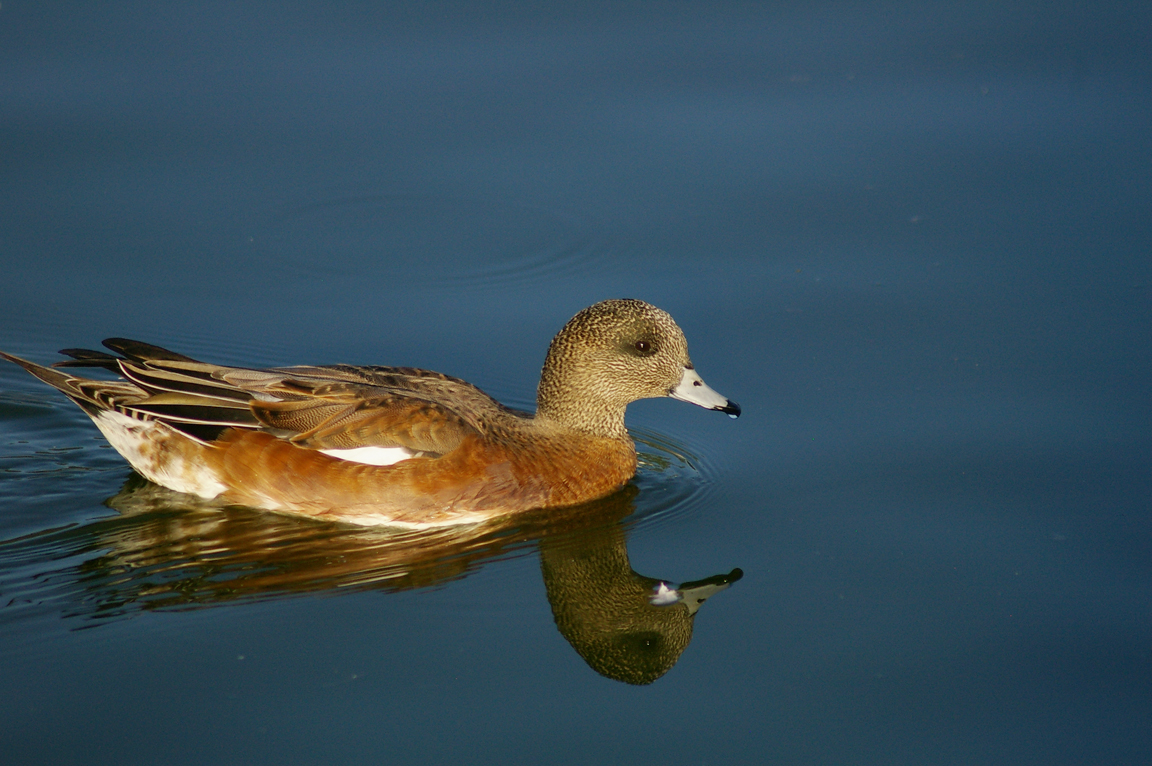 A common and increasingly abundant duck, the American Wigeon breeds in northwestern North America and is found throughout the rest of the continent in migration and in winter. Its small bill and the male's white forehead, as well as certain aspects of nesting and feeding behavior, distinguish this species from other dabbling ducks.

Head appears grayish overall, with finely-blended white and dusky streaks. Breast and flanks are pale reddish-brown; mantle is grayish-brown with some buff barring. Bill is small and grayish, with a black tip.

White or cream-colored forehead and forecrown and broad dark-green patch extending from behind eye to nape. Bill is bluish-gray with black tip. Cheeks and chin grayish. Breast, sides, and back are pinkish-brown. Rear flanks show a white patch; undertail coverts are black.

Variable amounts of white and green on head. Undertail coverts are variably black, with some white. In all plumages, male shows white patch on upper wing, and dark-green speculum. 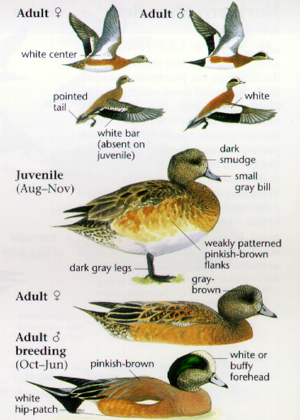