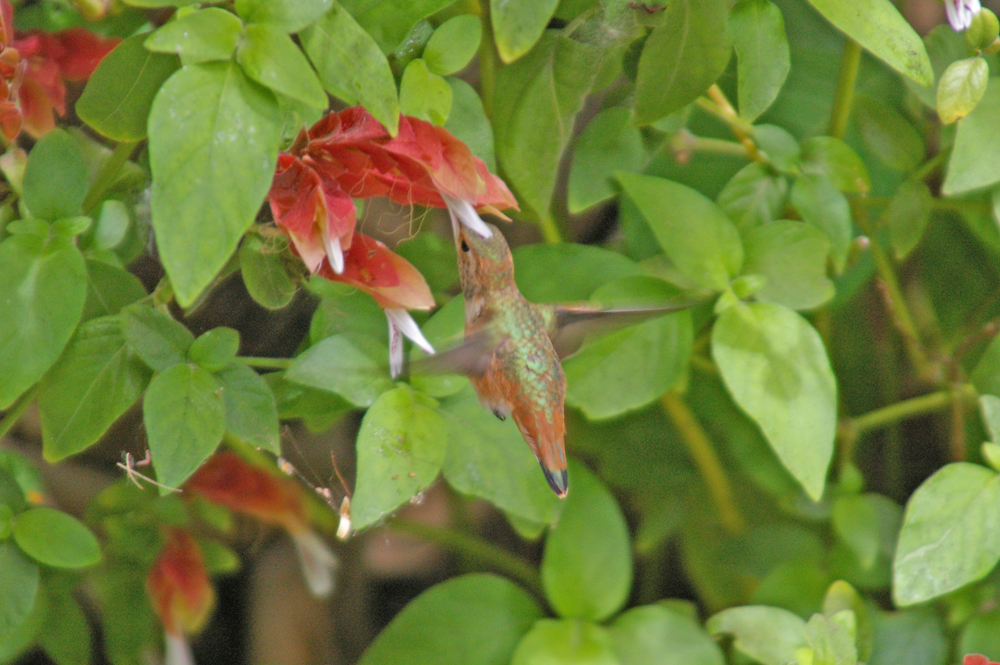 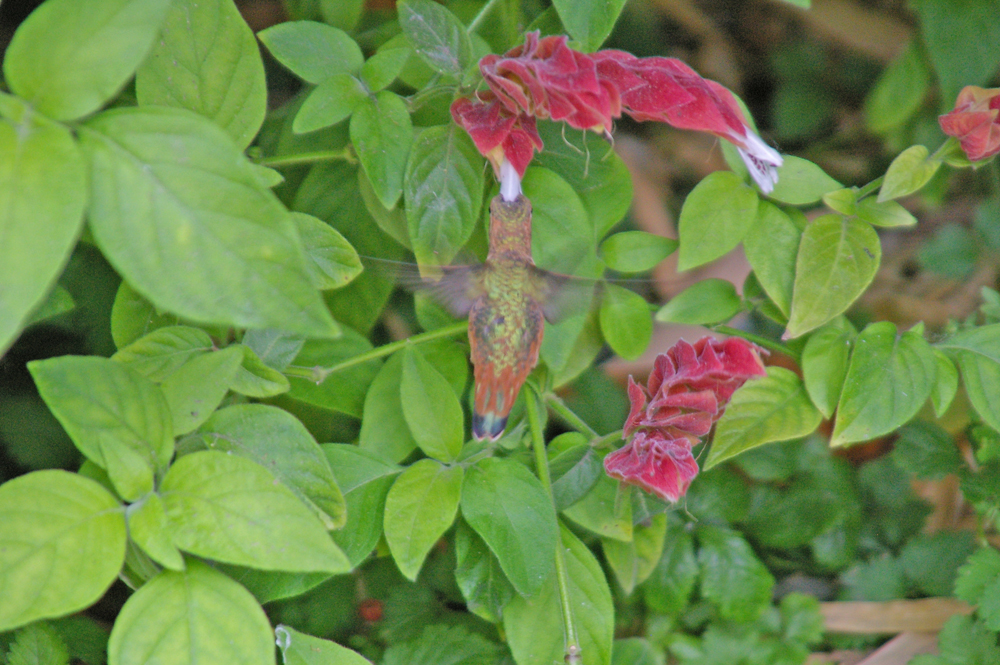 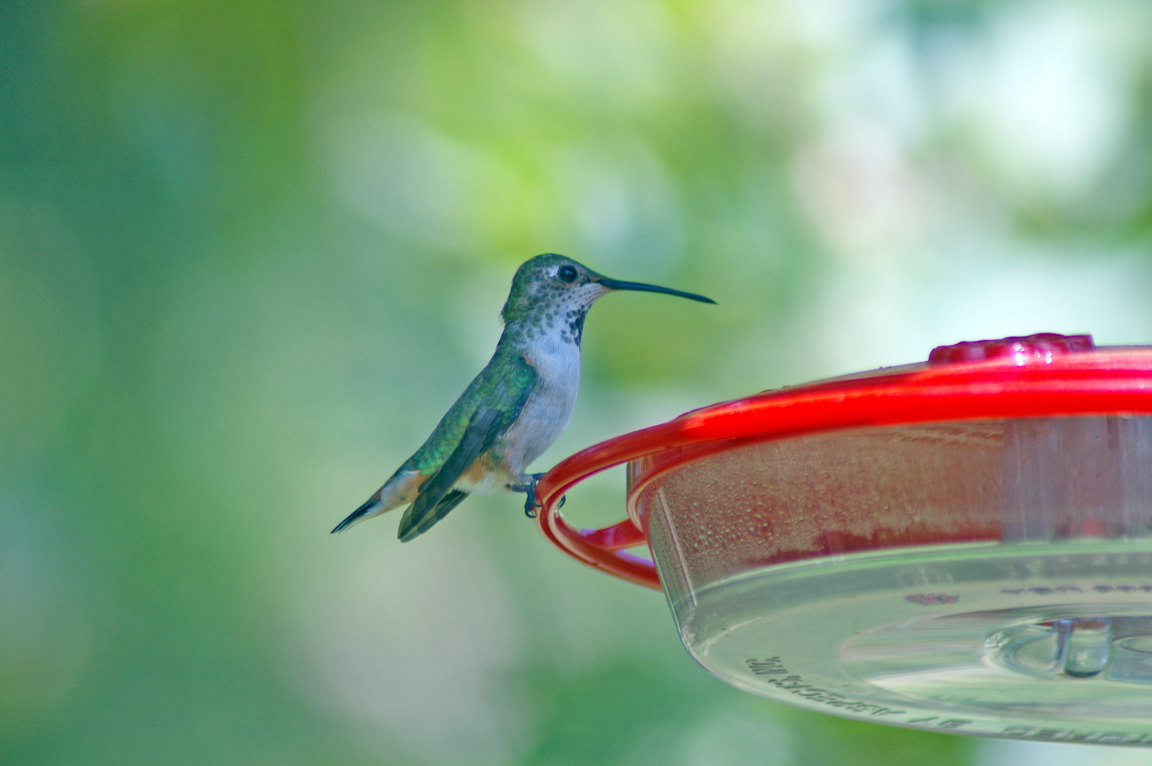 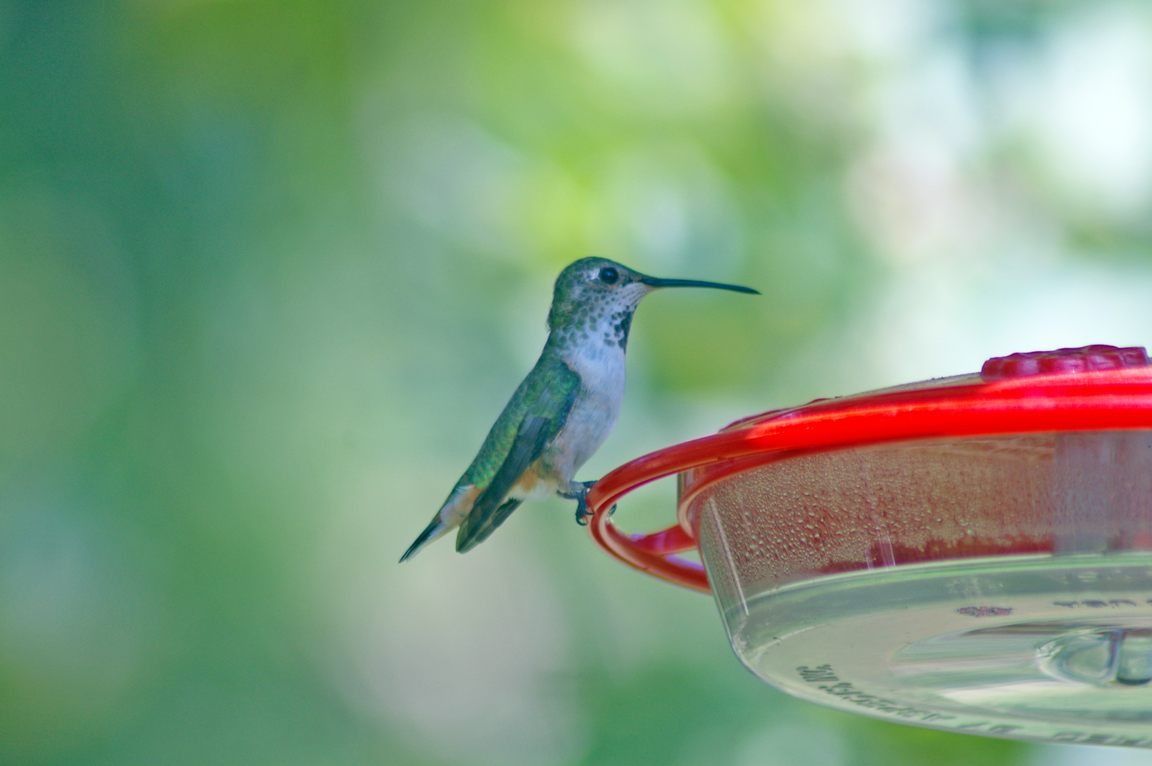 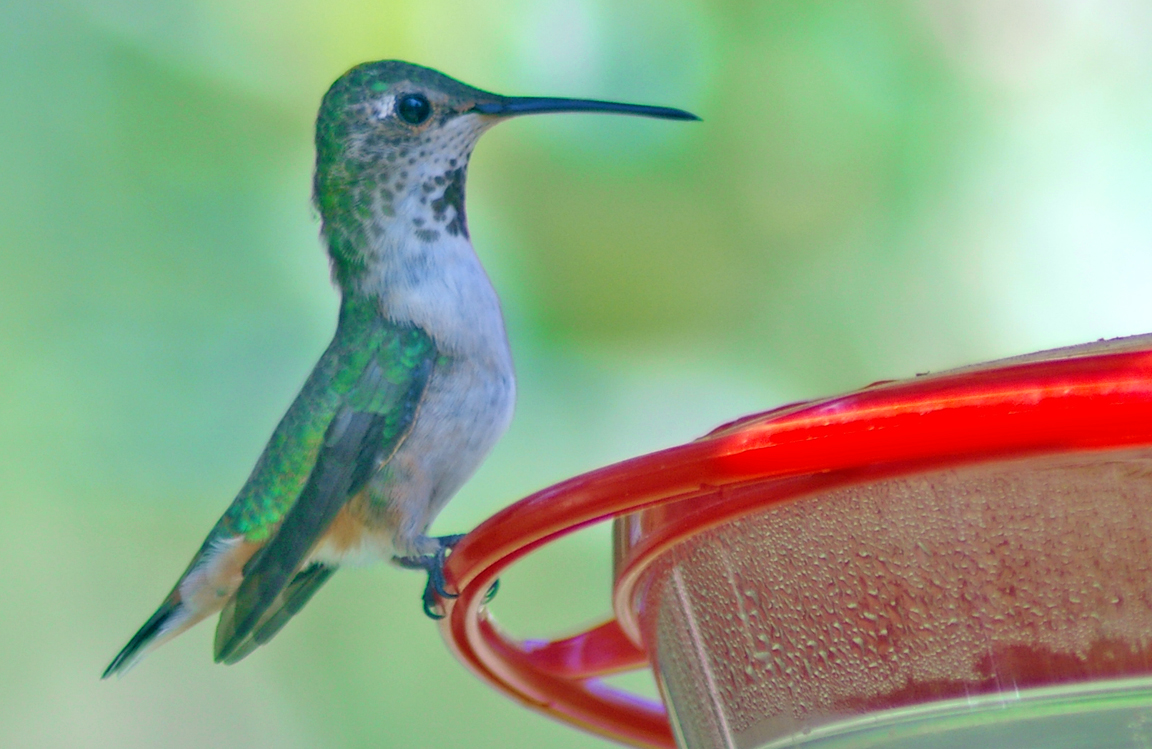 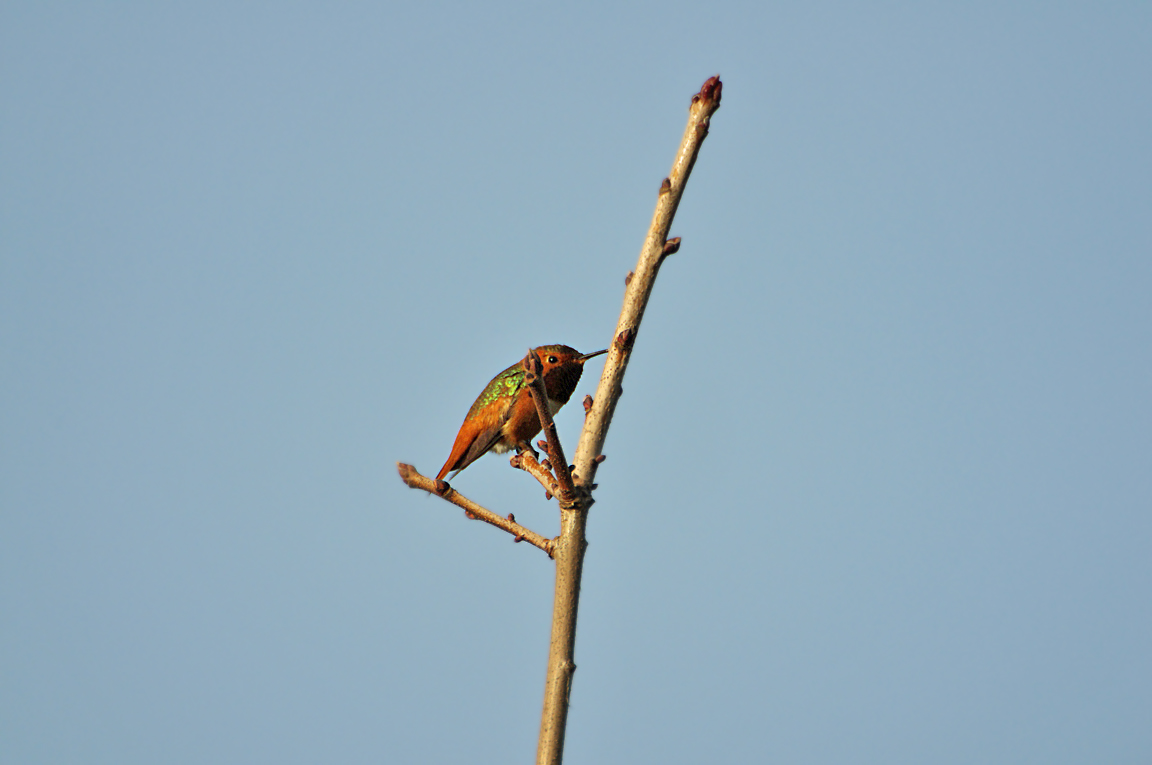 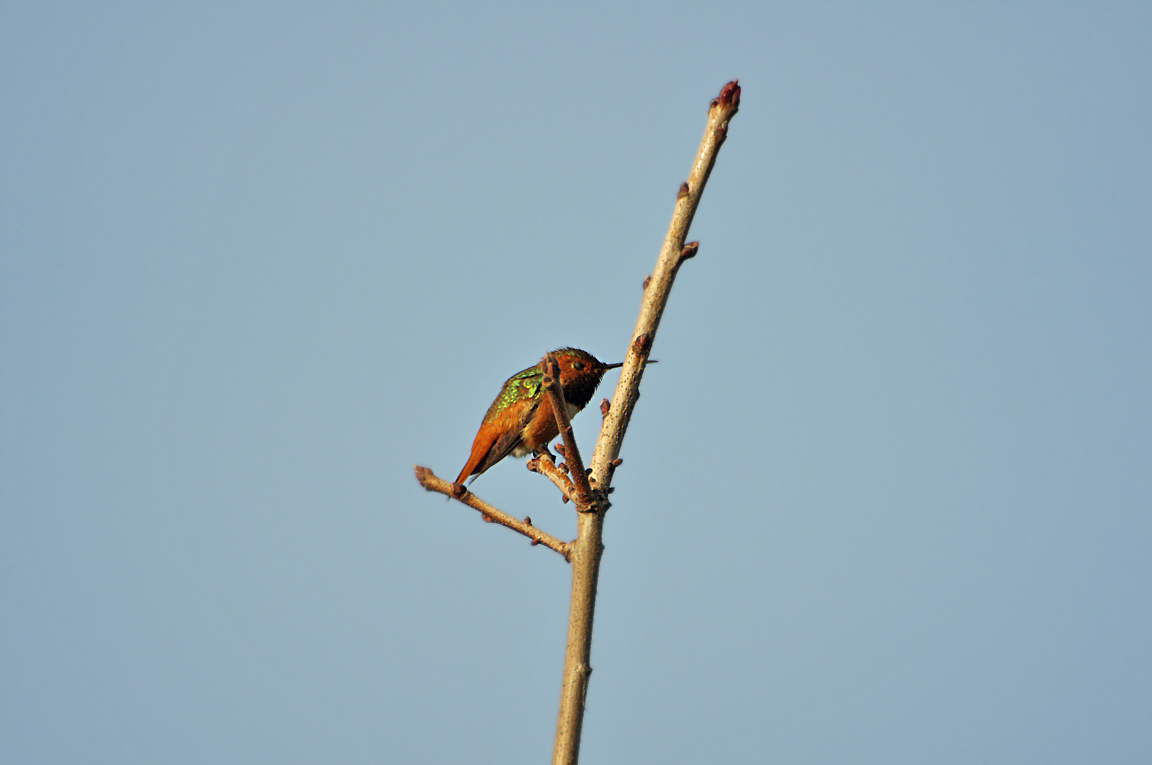 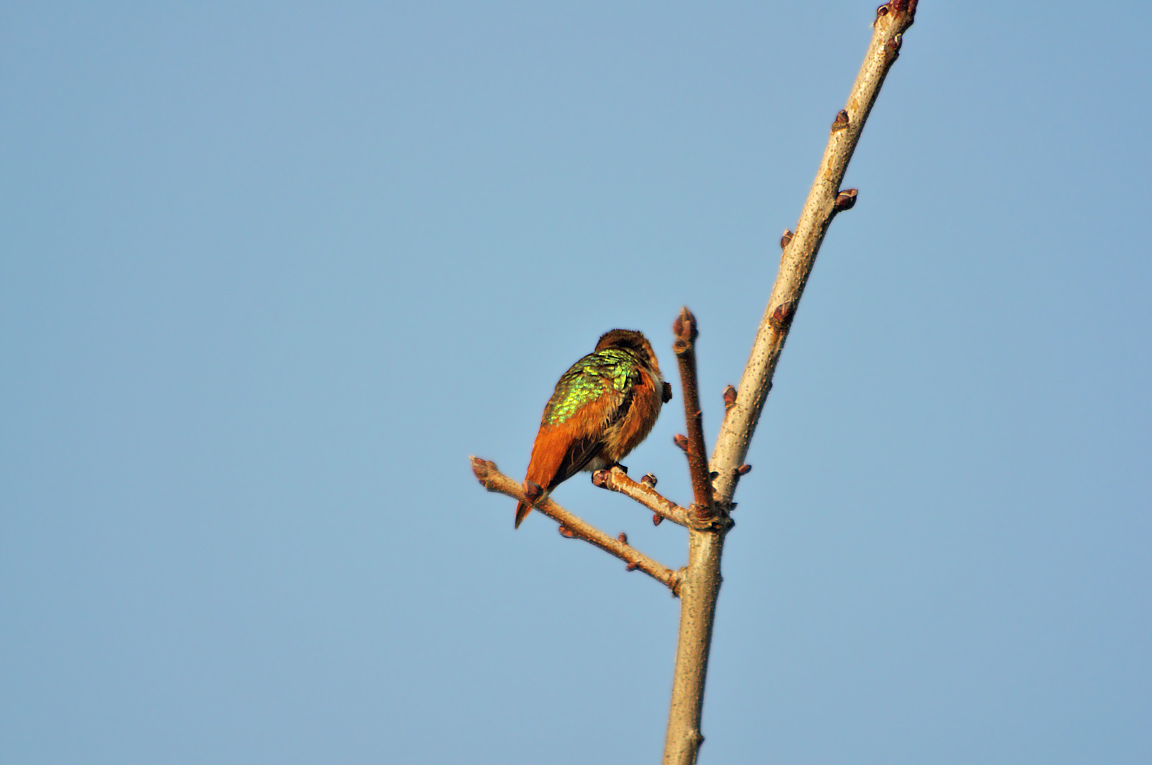 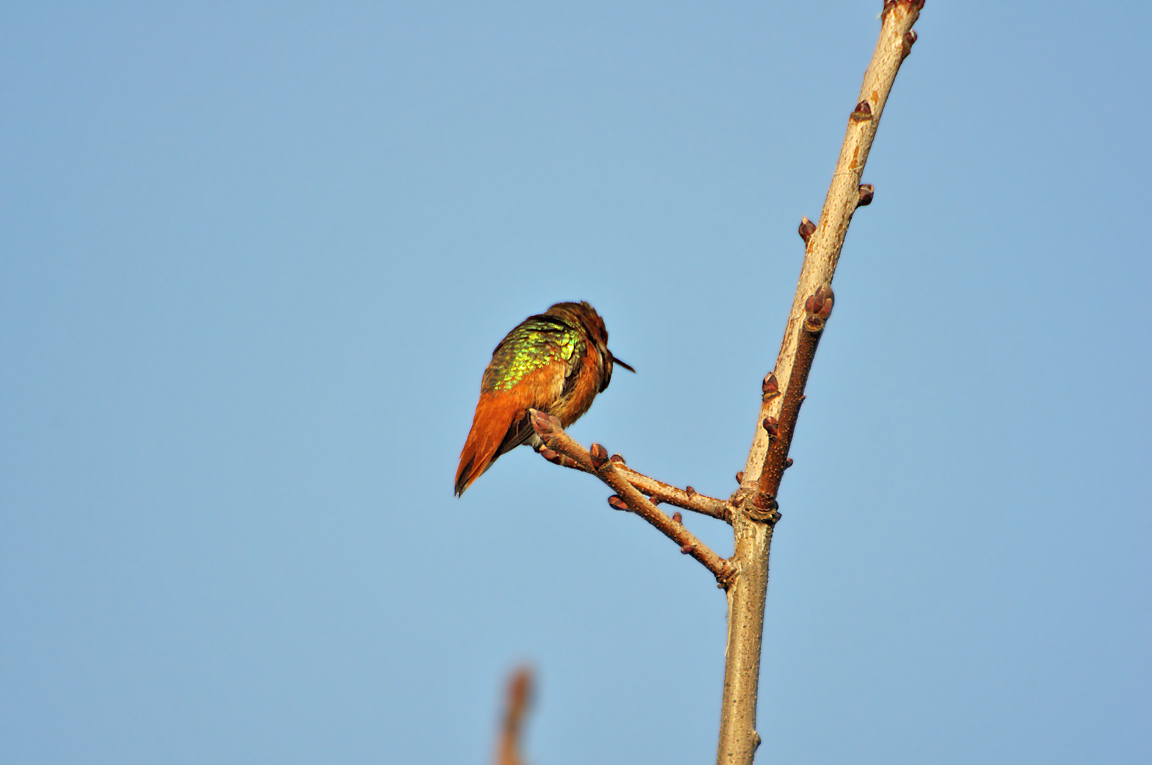 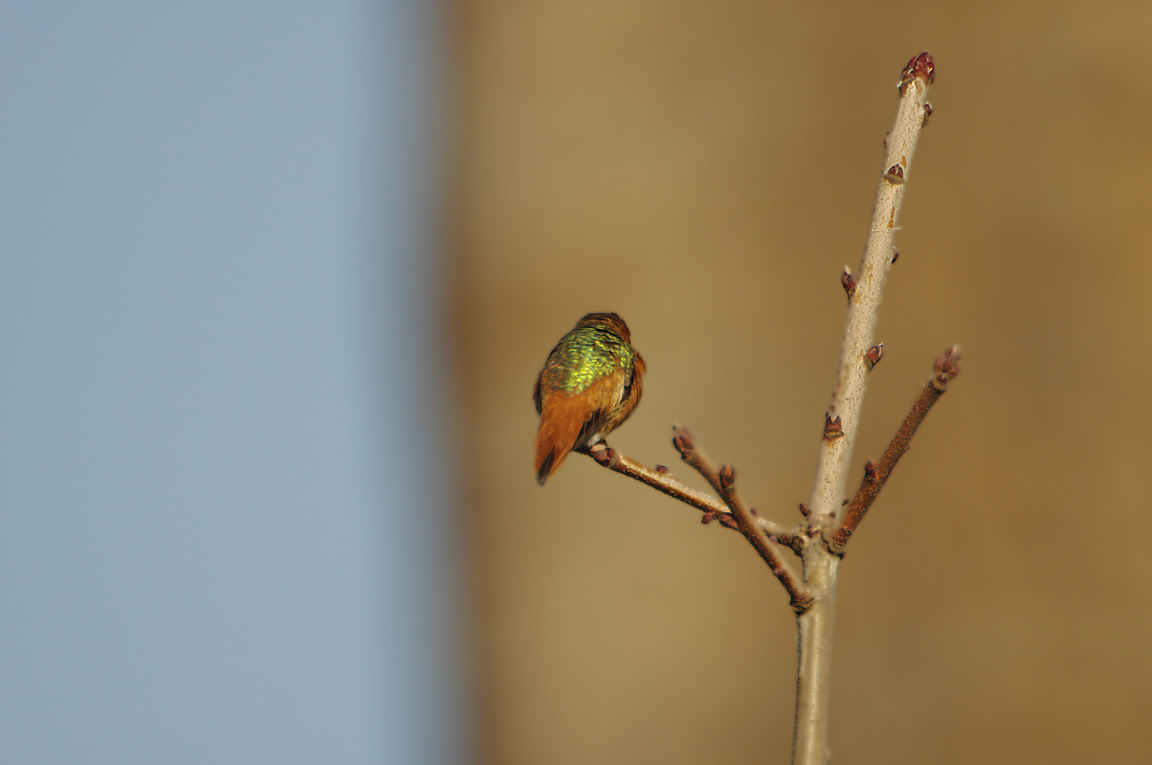 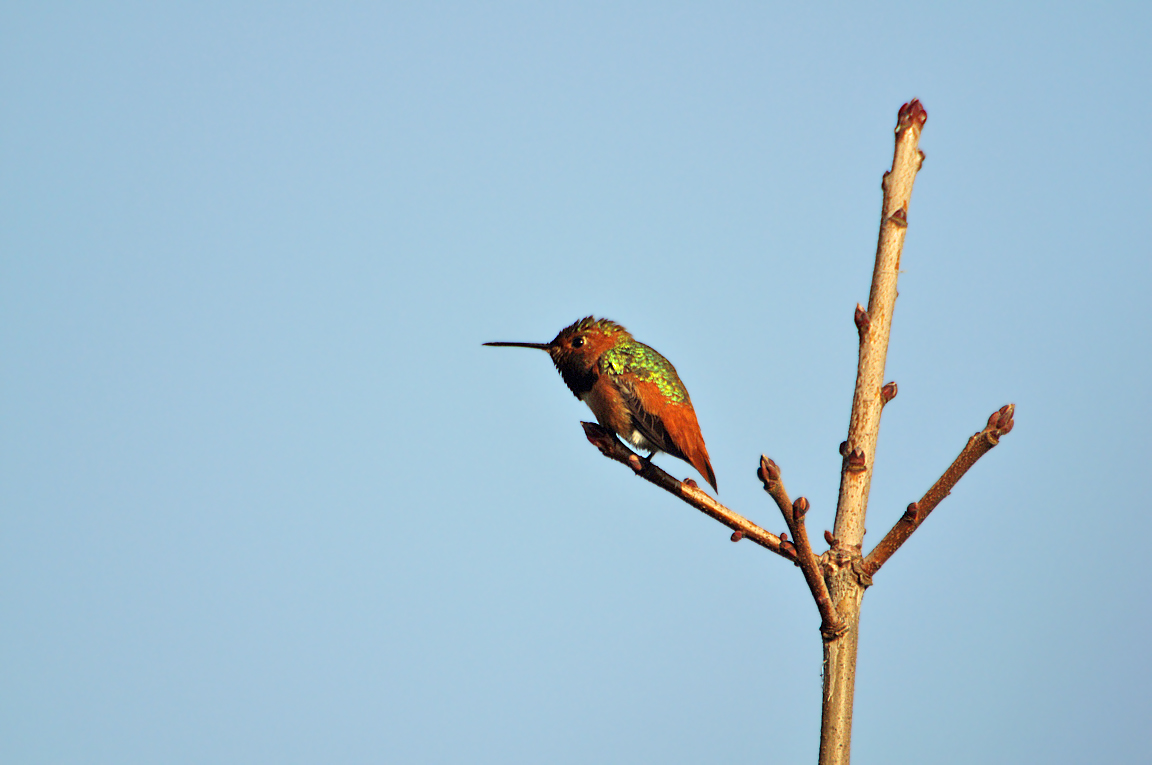 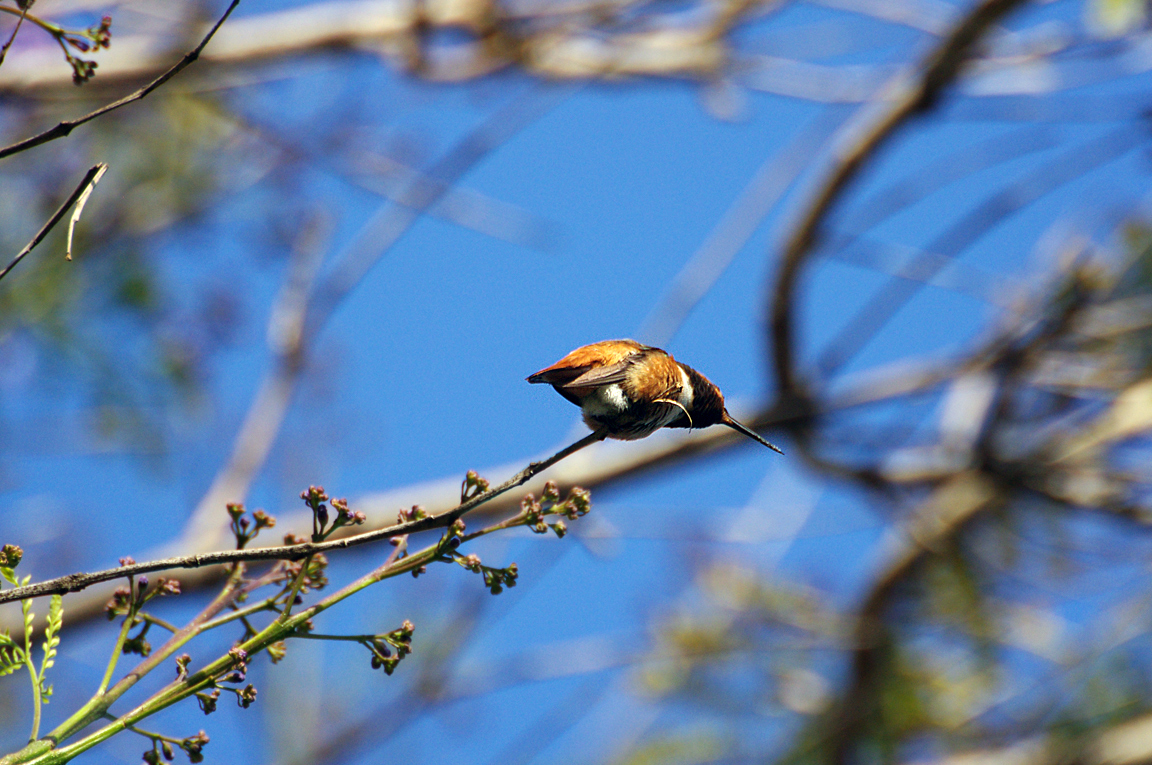 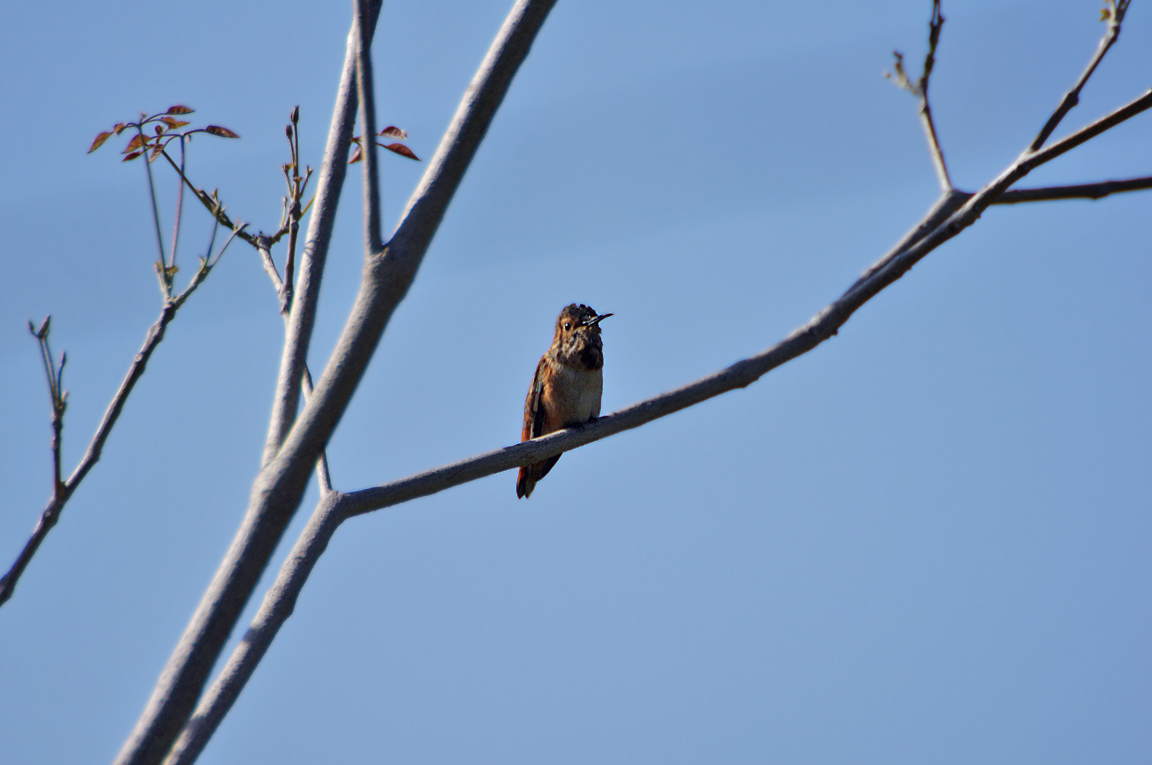 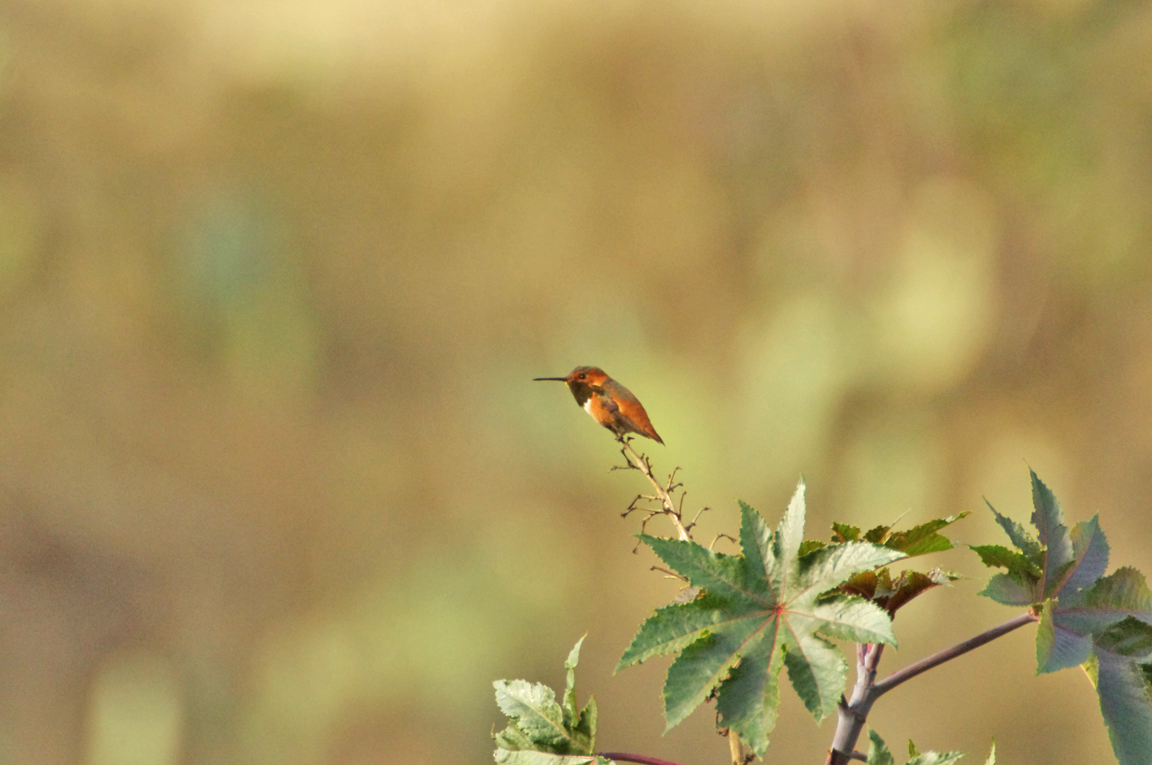 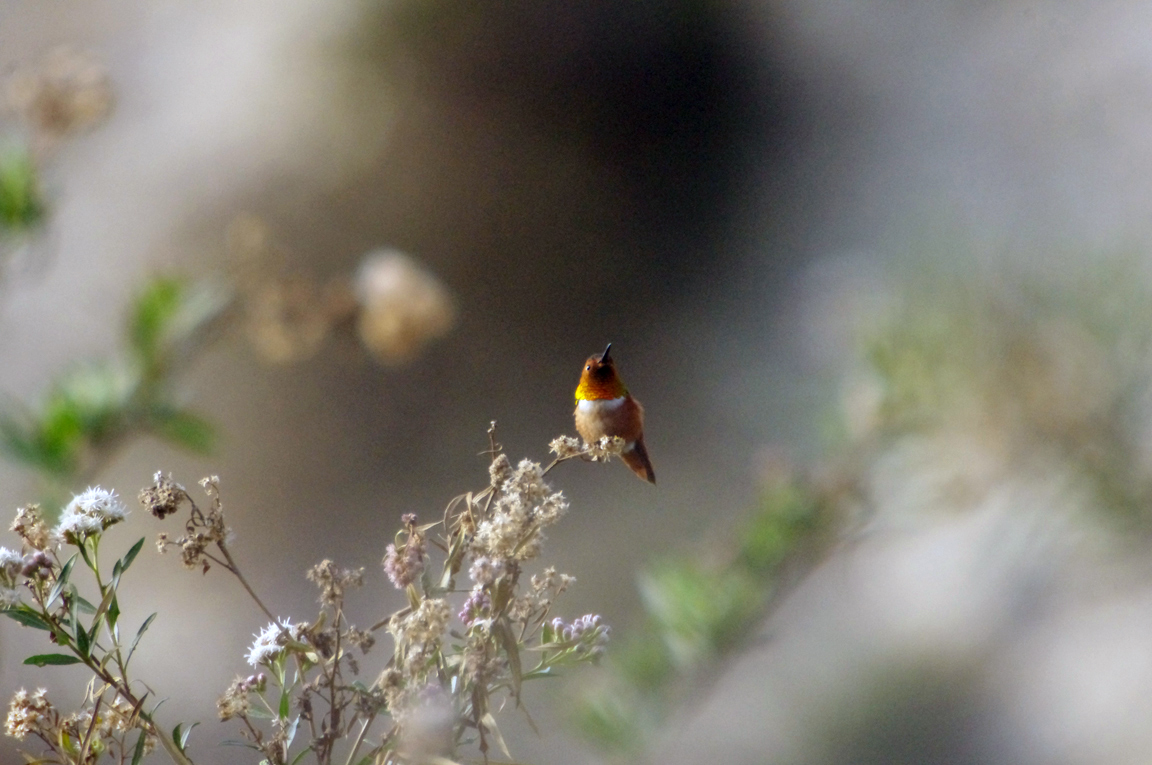 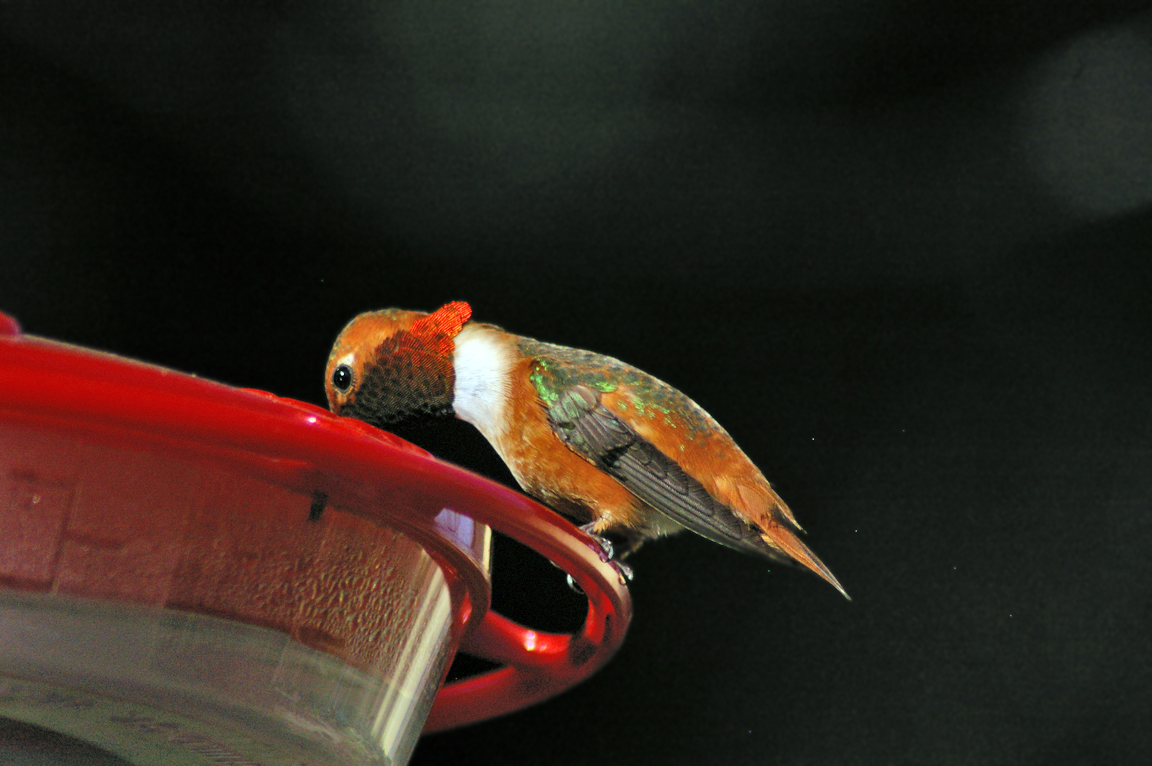 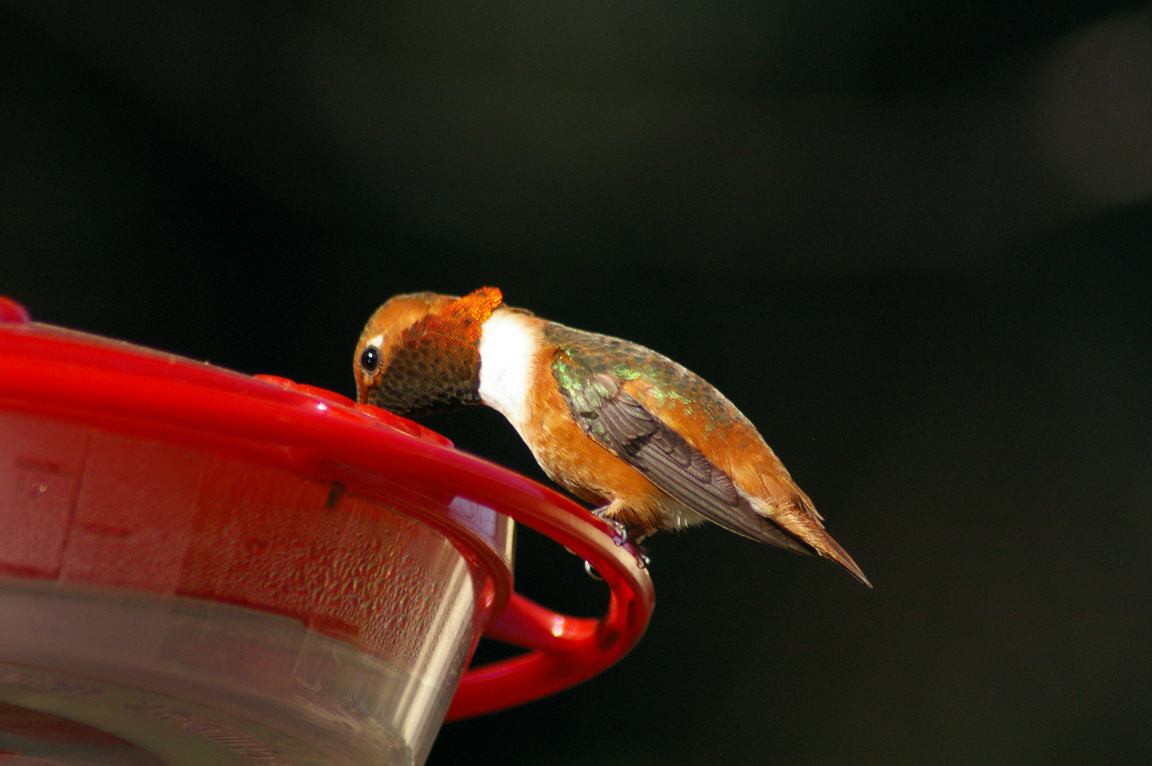 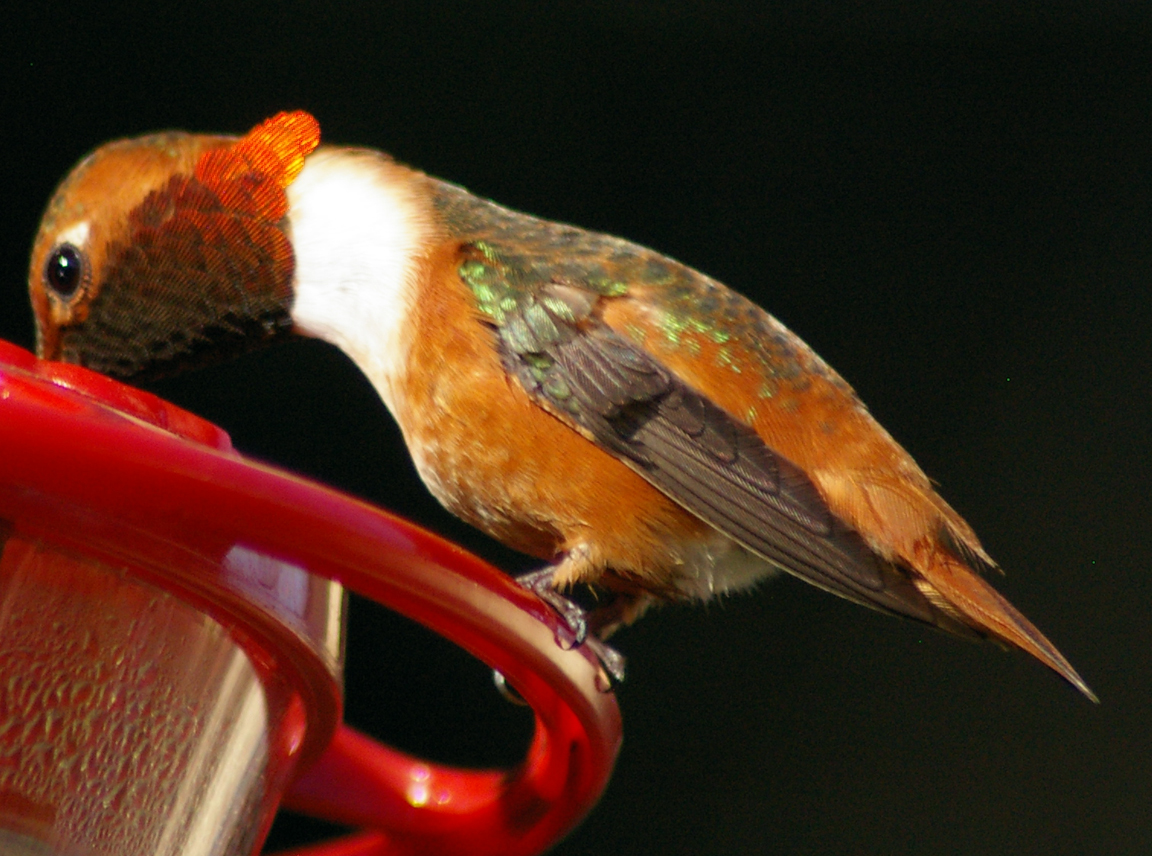 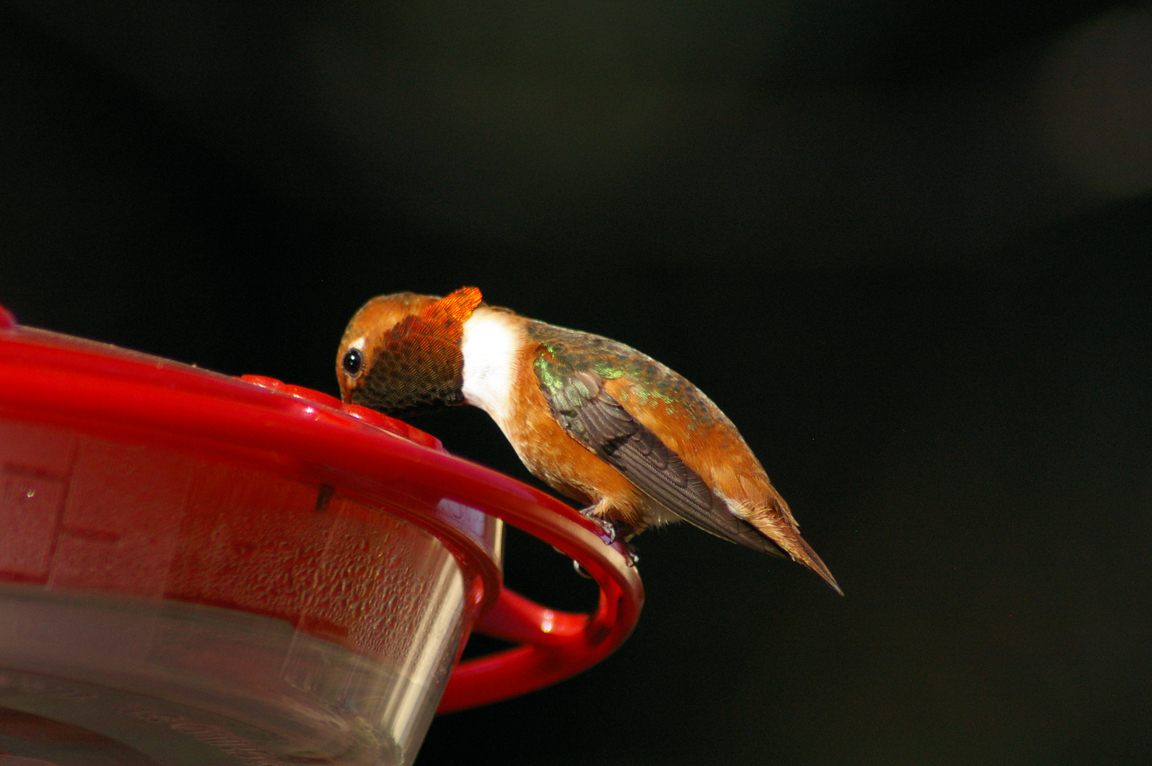 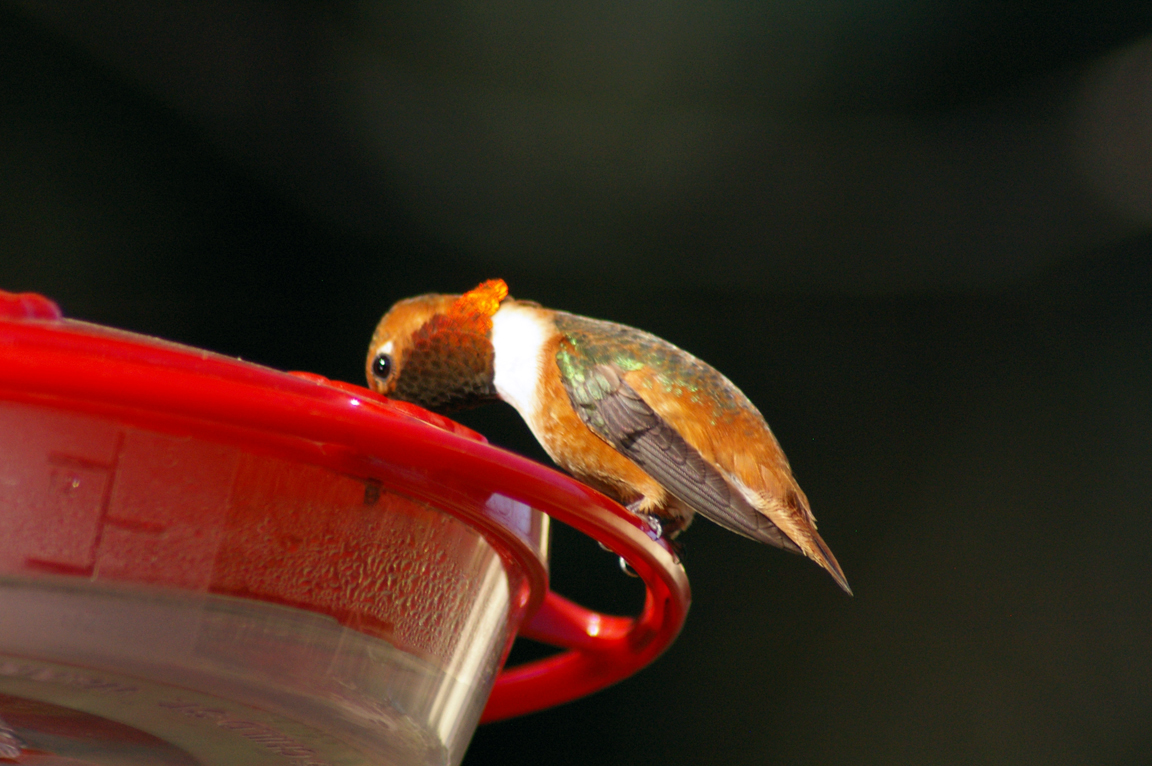 Extremely similar in appearance to the widespread Rufous Hummingbird, the Allen's Hummingbird breeds only along a narrow strip of coastal California and southern Oregon.

Chin, throat, and chest dull white. Center of throat with variably sized patch of red feathers. Sides and flanks cinnamon-rufous. Back metallic bronze-green, head slightly duller. Wings dusky. Outermost three pairs of tail feathers orange at bases, black in the middle, and white on the tips. Middle pair of tail feathers bronze-green, dusky at tips, with orange edges to green base. Next pair out with rufous base, then bronze-green, and black tips. Undertail coverts pale cinnamon.

Immature similar to adult female, but has less spotting on throat and less rufous on flanks; male more rusty in the base of the tail. 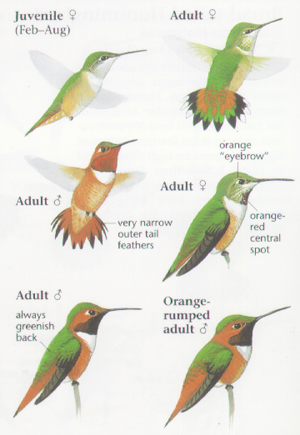